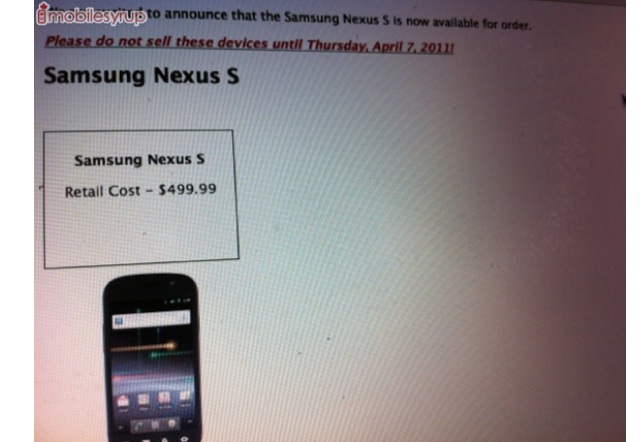 There is no doubt that the Android-powered Nexus S is a very anticipated device in Canada. This will be one of the first devices that will be widely available across several carriers: TELUS, Rogers, Bell, Fido, WIND, Mobilicity, Videotron and Koodo Mobile will all have stock available.

We finally have a bit of news on a confirmed pricing but is really seems like all the carriers are all waiting for each other to announce their go-to-market price strategy. We’ve been getting tips over the past couple weeks that range from the no-contract price of $499.99 to $599.99. Since this is going to be available on a few carriers it seems there just might be a few different launch dates too. There is a media launch event on the 14th of April but looking at the image above shows Mobilicity will be releasing the Android OS 2.3 device on Thursday, April 7th for the stellar outright price of $499.99.

So there you have it, a bunch of great Nexus S info.

UPDATE: Thanks to one of our reader Garry for sending us the pic of his brand new Mobilicity Nexus S! That’s right, he has somehow managed to score himself this Android a few hours early. The receipt also confirms the $499.99 no-contract price point. 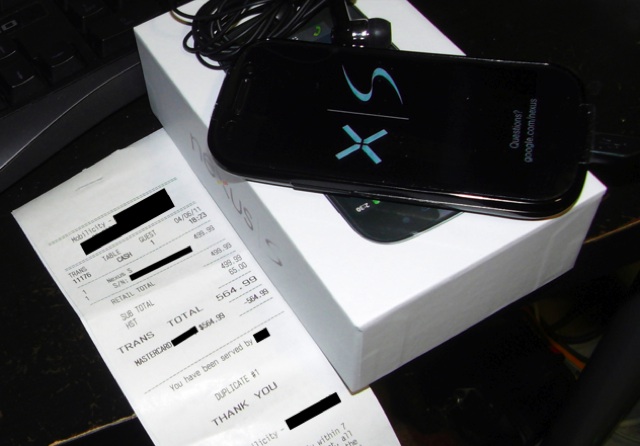