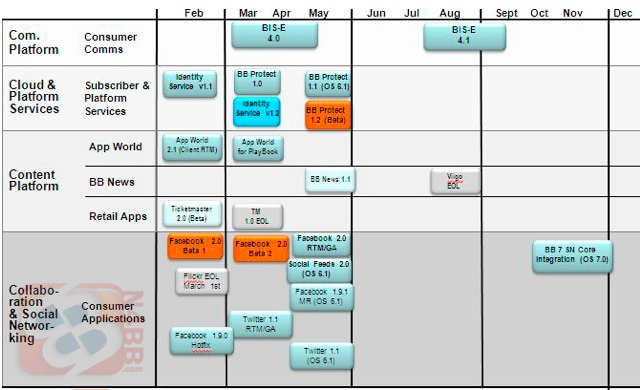 Earlier this year various presentation slides leaked out of all the BlackBerry handsets RIM will be releasing this year Malibu, Torch 2, Monaco and Apollo/Sedona. Now a new set of slides has leaked online showing that 2011 BlackBerry software roadmap. There are some interesting things coming down the pipe this year… most of them involve updates to current apps like updates to apps including Twitter, Facebook, Ticketmaster, Social Feeds, BlackBerry News and it also looks like Viigo is getting its End of Life. status. In addition, upgrades to BIS (4.1) is coming mid-August and “App World for PlayBook” appears to be launching near the tail end of March.

Probably the most important upgrade this year is “BB SN Core Integration (OS 7.0)”. According to this roadmap RIM will be pushing out an upgrade to BlackBerry 7 sometime in October/November/December period. No word on what will be included but early thoughts are leaning towards transitioning the QNX-based OS that’s currently in the PlayBook into their smartphones.

3 more slides after the break… 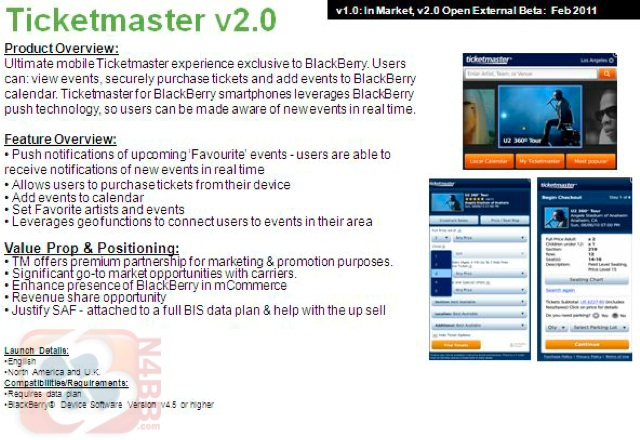 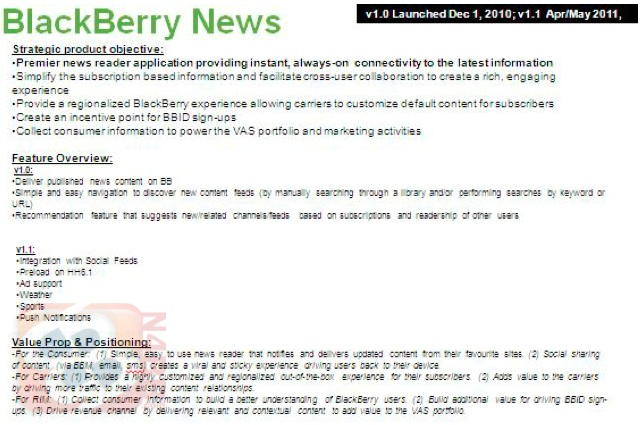 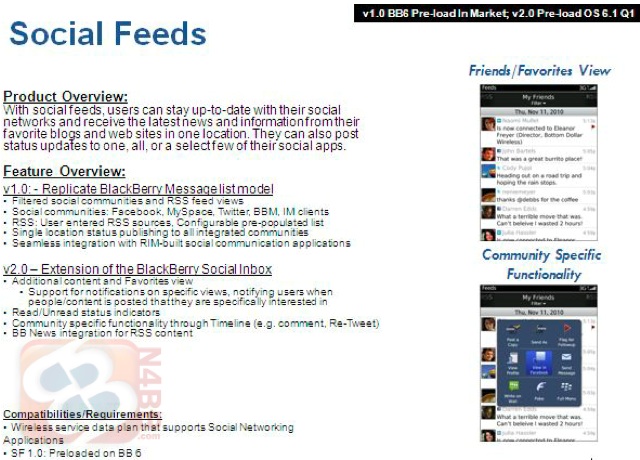