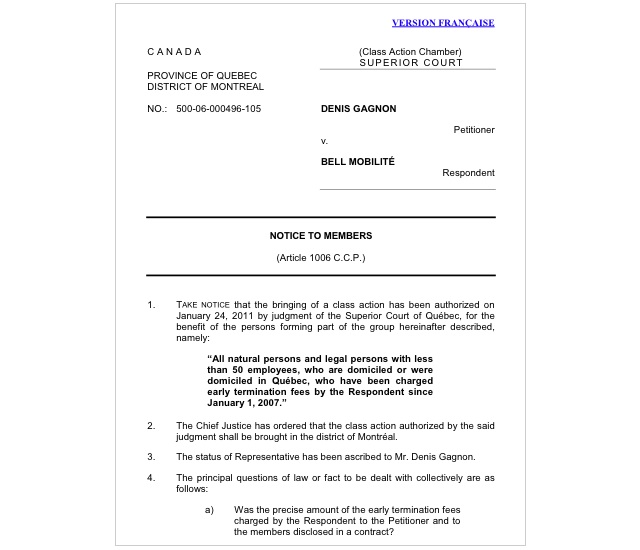 Yet another Class Action lawsuit against Bell Mobility has been brought forward. This time it’s spearheaded by Quebec resident Denis Gagnon who is representing all customers “who are domiciled or were domiciled in Québec, who have been charged early termination January 1, 2007”. Basically stating that Bell should pay back $200 with interest to all the customers who were wrongly overcharged for paying early termination fees when they canceled their Bell cellphone contract. The suit is also looking for Bell to “pay a lump sum of $2,000,000.00 as punitive damages”.