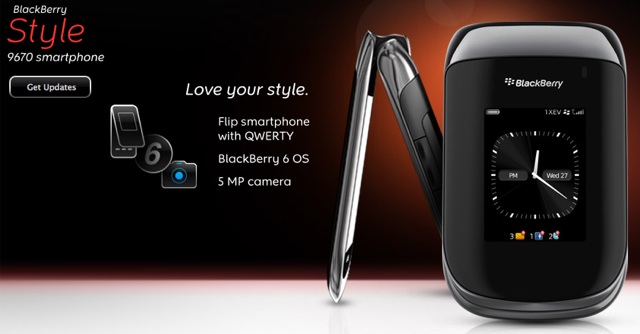 MTS has just announced that they will be adding the BlackBerry Style 9670 to their lineup. No official date or pricing was given but it will be available “later this year”. The Style is the new BlackBerry flip phone device that some people are questioning if it’s really stylish. As for specs it comes with their new BlackBerry 6 OS, a full QWERTY keyboard, 5 megapixel camera with auto-focus and LED flash, WiFi, trackpad, built-in GPS, holds up to 32GB with a microSD card, Bluetooth.

Rumour: BlackBerry Style2 to have a touchscreen?