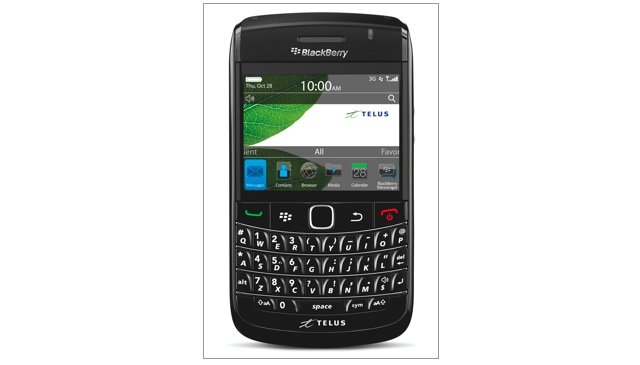 RIM officially announced the upcoming release of the BlackBerry Bold 9780. This is a refresh of the popular Bold 9700. This will come with their new BlackBerry 6 OS. In addition the 9780 has a full QWERTY keyboard, 2.4-inch display (resolution of 480×360), 624 MHz Processor, 512 MB of RAM, 5 megapixel camera with auto-focus and LED flash video capabilities, Bluetooth 2.1.

We already know that Bell and Virgin will be releasing this on November 2nd ($149.99 on a 3-year) and TELUS has now confirmed it will be available to their clients. We received an e-mail that says the very basic: “I wanted to reach out to confirm that TELUS will be offering the new and improved BlackBerry Bold 9780, RIM announced this morning. Lean and fit, the smartphone brings you the processing power, speed and functionality of the BlackBerry 6 OS in classic BlackBerry form. Additional details on availability and pricing to come.”