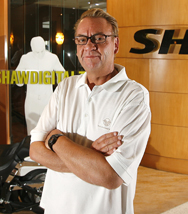 Back in November they decided to hold off on entering into the wireless market with CEO Jim Shaw stating “We felt it more prudent to develop our core business right now, and not divert any of our attention away from our mainstream products. It’s like you don’t want to buy the neighbour’s house when your house isn’t fixed up. It’s really about where do you put your money and at what time. And we think this is the best spot to put it in right now, and that the time will come for cellular.”

Over a year has passed and looks like the house is fixed up! Today Calgary-based Shaw announced their Q1 results and also announced that “During fiscal 2010 we also plan to take initial steps to commence wireless activities, with build out planned over the next several years.”

No word on what the exact details are yet… but this is great news as more competition is coming!
More here at Shaw