If you’re not getting your fill of Canadian mobile news today then you should not read on. However, if you want some info on the official TELUS HSPA devices and their price plans then read on. Below are the devices that TELUS will be launching tomorrow, November 5th (more devices coming in a few days). In addition, if you want info on the upcoming TELUS “Clear Choice Rate Plans” we’ve got all the details here at this link.

Videos of each are below and let us know your thoughts! (Cut and pasted the info that’s on the press release tomorrow) 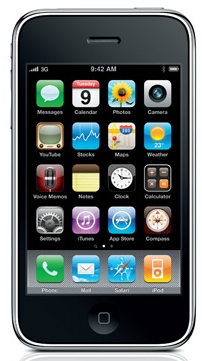 The TELUS iPhone 3G & 3GS are described as “Meet iPhone 3GS, the fastest iPhone ever. Featuring a remarkable video camera, Voice Control, and more. It’s a revolutionary phone, a great widescreen iPod, and a breakthrough Internet device in one. And with tens of thousands of apps from the App Store, it can do just about anything.”

TELUS describes the BlackBerry Bold 9700 as the “smartphone offers top-of-the-line performance, functionality and features with support for HSDPA networks around the world, a next-generation (624 MHz) processor, 256 MB Flash memory, built-in GPS and Wi-Fi, 3.2MP camera and, a sharp, dazzling display and a premium finish. Its cutting edge engineering and premium finishes extends to the exterior of the handset as well, with the new model featuring the premiere of BlackBerry’s new touch-sensitive trackpad added to the highly tactile, distinctive, fretted keyboard found in RIM’s premium full-QWERTY handsets.”

“The HTC Hero is a touch screen device that operates on the Android platform. Personalization is taken to a new level on this device with the seven customizable home screens and multiple profiles making it easy to stay connected with integrated Facebook, Twitter, Flickr, IM and email updates. This new device allows TELUS users to experience applications integrated throughout the phone with the latest and greatest applications from the continuously growing Android Market.

Ideal for young men and woman starting out their careers, the HTC Hero is the ultimate device for the stylish, independent young professional wants to stay connected with multiple social networks. This device caters to those who have an appetite for daily browsing and regular downloads of applications. ”

“LG’s flagship handset for 2009 is only available at TELUS—not just in Canada, but in North America. The amazingly thin LG New Chocolate offers the sort of premium design usually only seen in mobile devices in Europe and Asia. It’s finished with a unique tempered glass touchscreen and premium piano black finish, and its 4.12” widescreen cinema style display and Dolby® Mobile sound provide a phenomenal video viewing experience. The LG New Chocolate also allows users to dress it up for day or evening with four customizable home screens.

Ideal for the fashion forward male or female looking for a trendy device, the LG Chocolate appeals to those who see their phone as an accessory. This is a device for the sophisticated phone user looking for a stylish touchscreen that is stylish and differentiated.”

“The Nokia E71 smartphone—the thinnest full QWERTY smartphone on the market. With its metallic accents, it looks terrific in any colour, but the stylish black and red versions are exclusive to TELUS! This fashionable device allows users to personalize their desktop and preferences with 2 profile modes to keep days separate from evenings, even with different ringtones, themes, email accounts, and shortcuts. The Nokia E71 comes equipped with a 3.2 megapixel camera and is Wi-Fi capable and video and picture messaging enabled. It offers push email and seamless synchronization with desktop calendars and contacts through Mail for Exchange. The sleek Nokia E71 is the perfect device for fashion forward young professionals who maintain a busy lifestyle and like to keep it organized..”

“The new Sierra 306 Mobile Internet key is the fastest available, providing the best browsing, downloading and uploading experiences for consumer and mobile professionals who need and enjoy broadband speeds on a laptop. It’s manufacturer-rated for peak data download speeds of up to 21 megabits per second.”

TELUS SIM Cards is available for $9.99

Here’s video of the lineup. We spoke with Hilen Wong, Marketing Director, TELUS Consumer Solutions and he gave a great understanding of each device and what they are capable of: