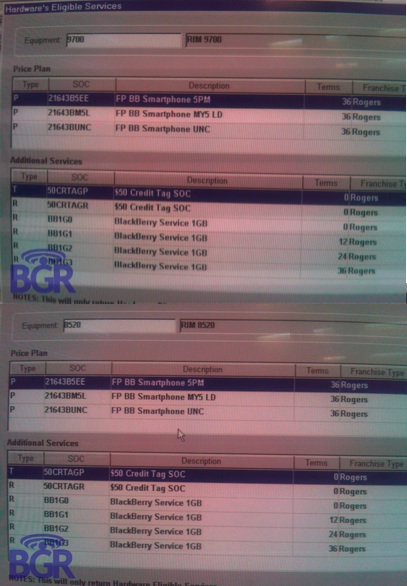 The heavily leaked BlackBerry Bold 9700 and Curve 8520 are one step closer for us Canadians. It’s been know for some time that this is on its way over to Rogers and now there’s proof as it has shown up in their inventory system.

Bell is also target to release the 9700 shortly also (when their new network launches), this has popped up a few weeks ago in their inventory also.