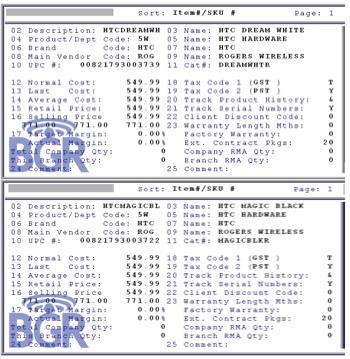 The upcoming launch of the Android devices from Rogers, the HTC Dream and Magic is coming June 2nd. What we don’t know yet is the pricing. We found in the rules and regulations last week a retail value of $599.99 for the Dream, however a couple screenshots of the Rogers inventory system shows both devices could come in at $549.99.