Canadians filed 12,790 complaints about their service providers this year.

The figure is a 25 percent decrease from the year prior, according to the Commission for Complaints for Telecom-Television Services’ (CCTS) annual report. 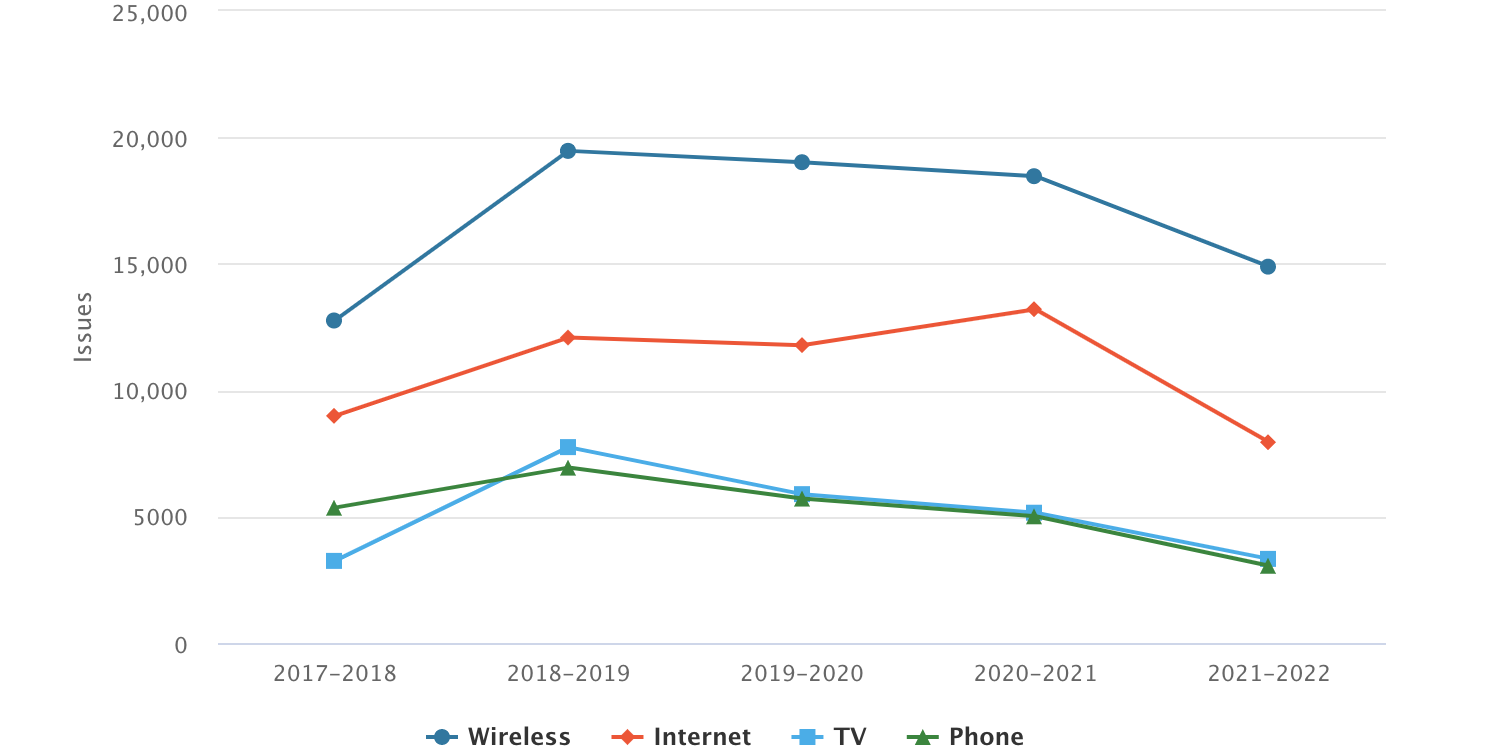 Despite the decrease in wireless issues, they represent a larger present of all issues compared to last year, which sat at 44 percent in the last report.

Problems with wireless romaing charges increased by 130 percent, returning to levels seen prior to the pandemic.

Wireless device financial plan issues increased by 142 percent, a “troubling trend” the CCTS is “concerned” about.

Issues with chargeable messages, which include nationwide and international longdistance calls, increase by 39 percent.

Figures in the internet category fair better compared to the wireless category. Issues were raised 7,939 times, the lowest in five years.

Quality of service remains the most common issue. Incorrect charge relating to monthly price plan is the second most complained about issue, and disclosure issues are third.

Out of all the issues raised over the past year, disclosure continues to be the most complained about issue, representing 13 percent of the overall figure.

Bell represents the highest proportion of all disclosure issues at 19 percent, however, the carriers year-over-year complaints dropped by 49 percent in the category.

Discloure complaints dropped across nine providers, but that wasn’t the case for Telus. The company represents nine percent of all disclosure issues and saw its its complaints increase by four percent.

Contract conflicts with agreement is the most common problem with disclosures. “[This] concerns a conflict or mismatch between what a customer has agreed to purchase and what their contract indicates,” the report states.

Out of the big three, Bell represents the highest proportion of this problem, with 20 percent of the overall grievances.

The second most common disclosure problem is when providers fail to provide customers with information about promotios. Rogers leads in the category with 19 percent of the issues this year.