I also took a few Pixel Watch bands I found on Amazon for a test and, for the price, they aren't bad 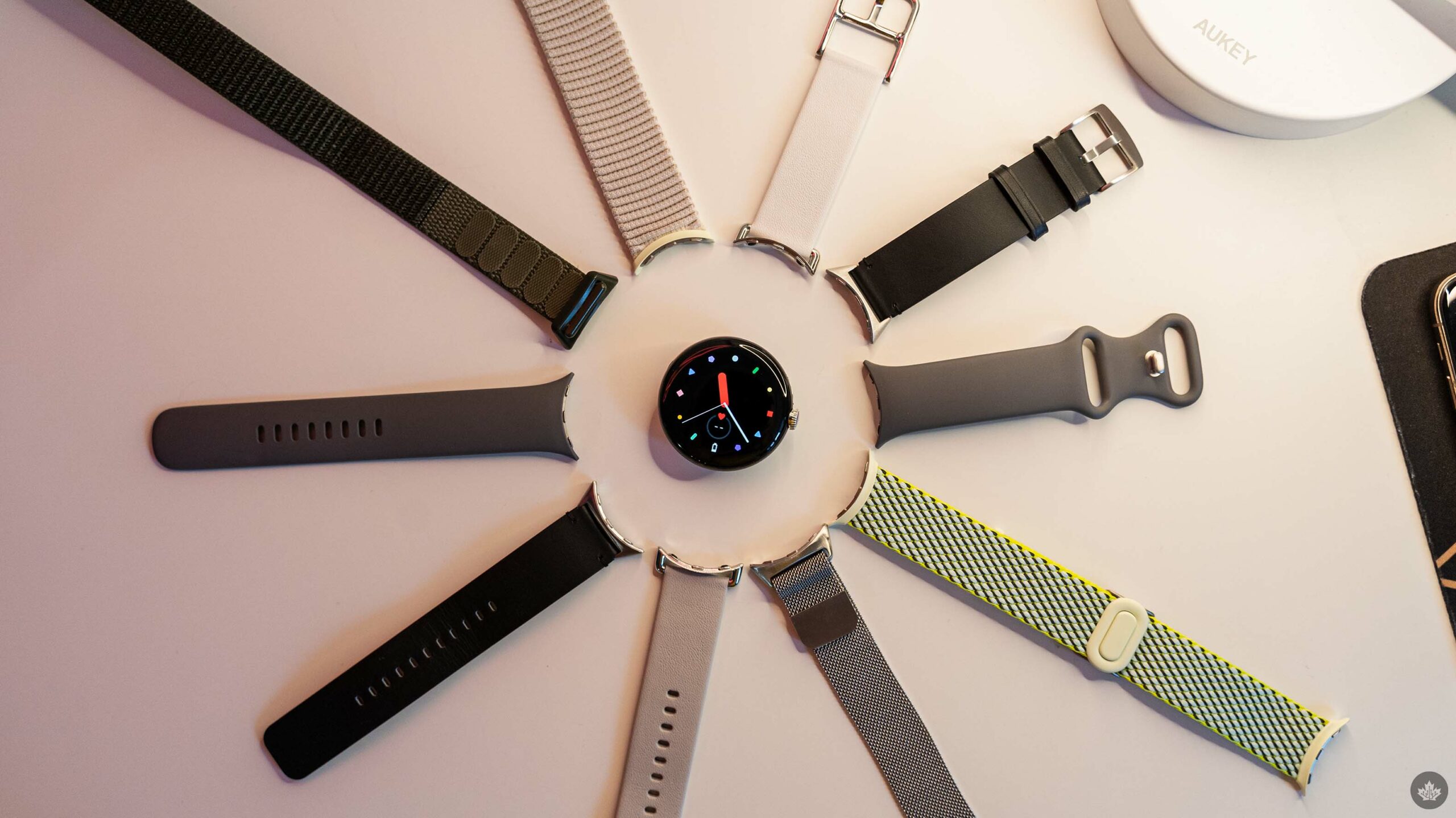 I reviewed the Pixel Watch back in October. However, at the time, I only had the ‘Active Band’ that came with my review unit. Google has a variety of other bands available, and I finally got a chance to take some for a spin. Plus, I tested some cheaper options bought on Amazon since, well, the official Google bands are fairly pricey. 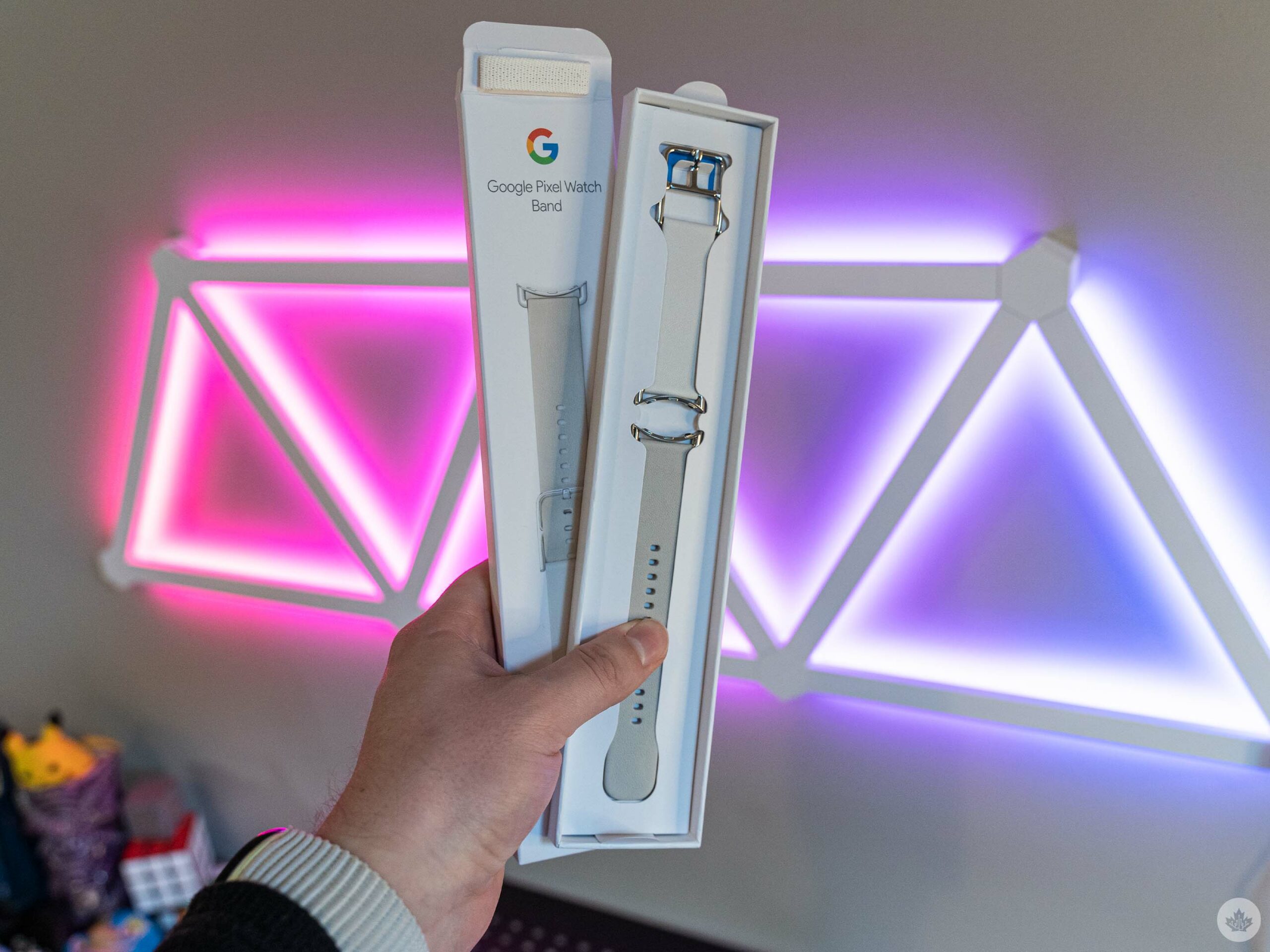 One thing before I dive in — all the Google bands come in a box with a little brochure detailing how to swap the bands and cleaning instructions and nothing else.

All right, let’s get into it. 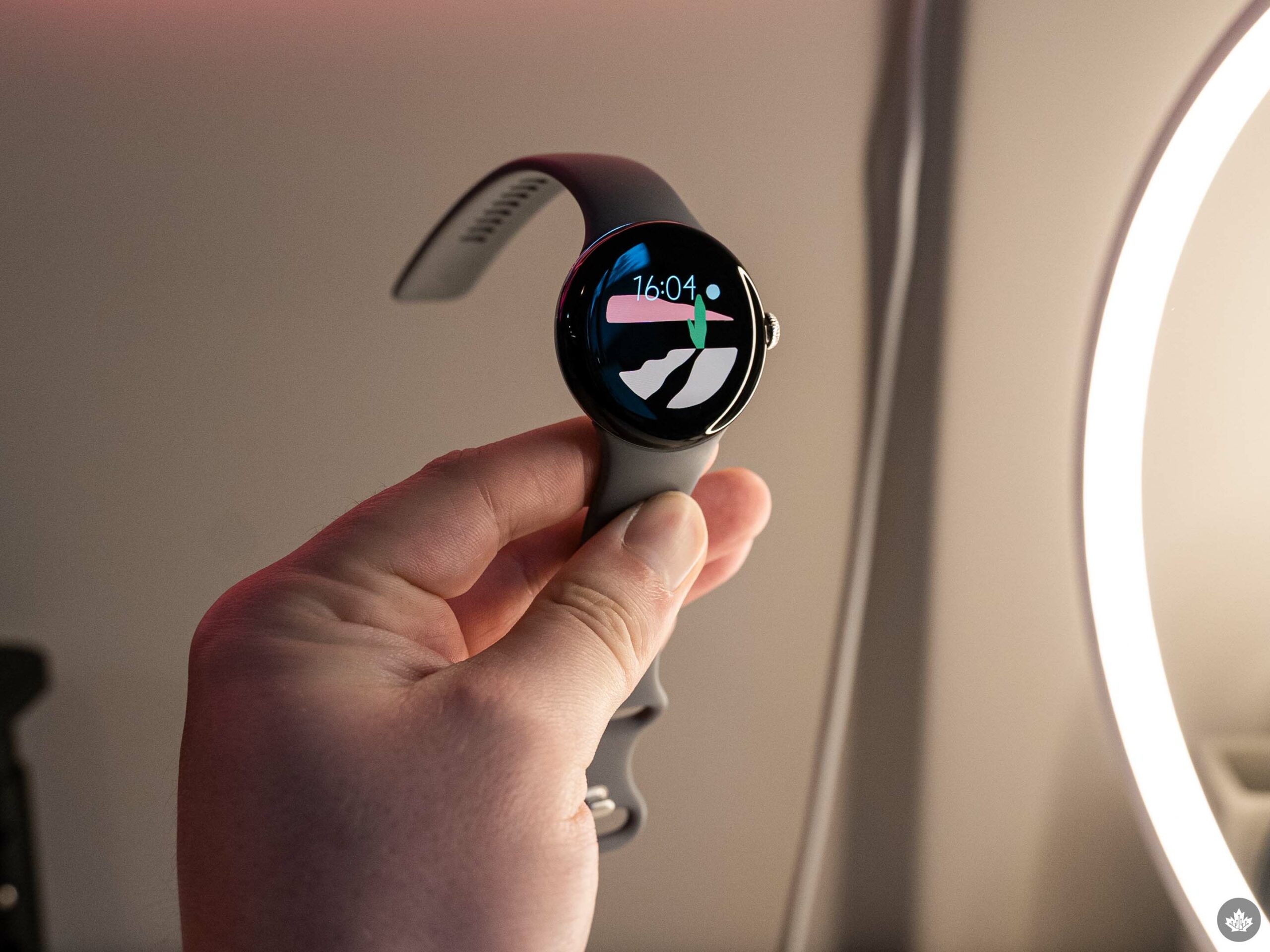 First up: the Active Band. My Pixel Watch came with the ‘Charcoal’ band colour. The band feels nice and gets the job done, but it’s far from the most stylish option on the list. If you don’t have the money to spend on another band, the one that comes in the box works well enough. Moreover, the Active Band comes in both small and large sizes — take note of which one works best for you, as the sizes for other Pixel Watch bands roughly match the Active Band. 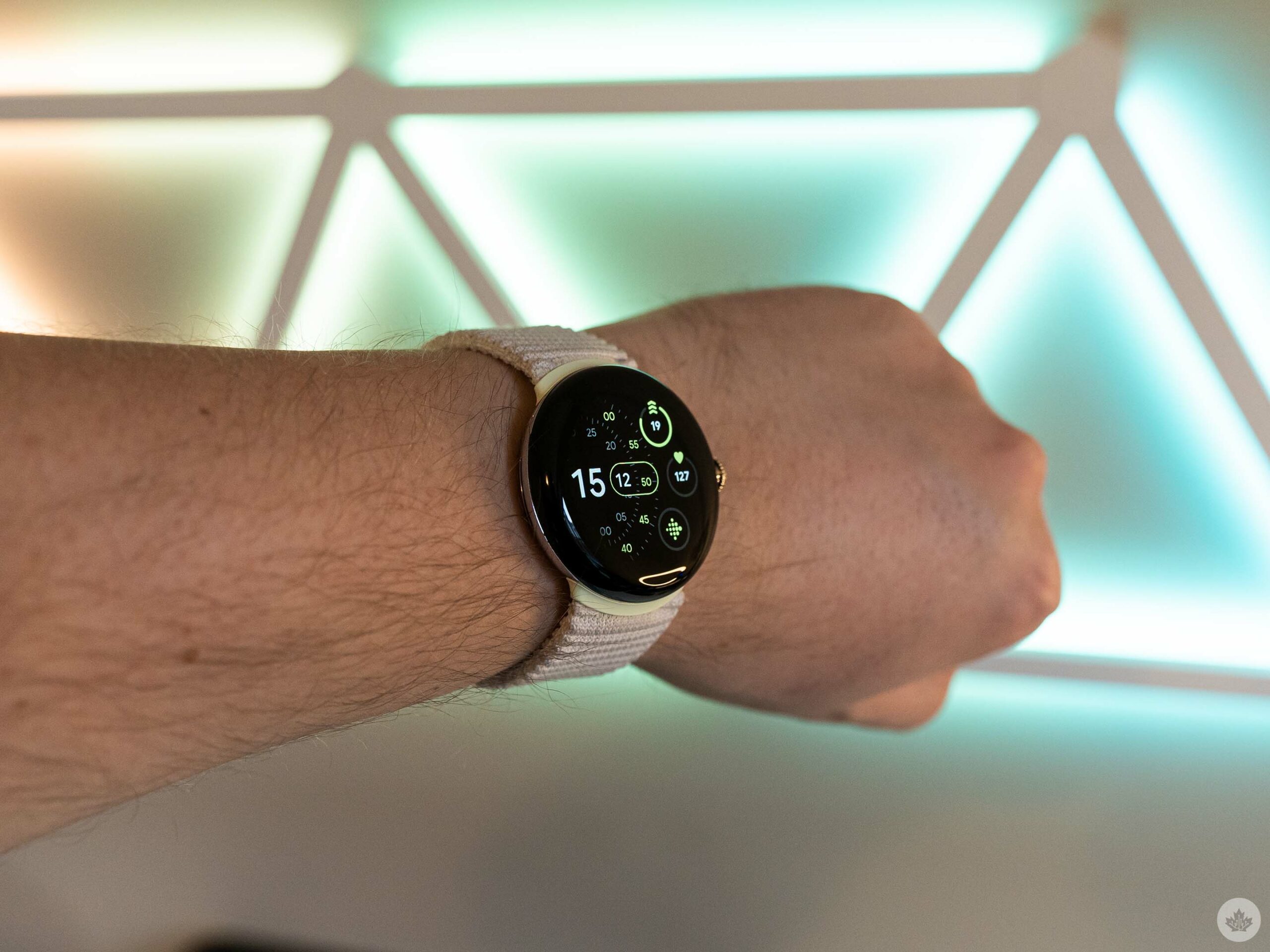 The Stretch Band is easily my favourite of the official Google Pixel Watch bands. It’s very comfortable and doesn’t have any latches or clasps to deal with. The colour I had was ‘Linen.’ I did have some concerns about it getting loose over time, but after wearing it fairly consistently for a few days (which included my seven-month-old yanking on it, as she does with any watch I’m wearing) the Stretch Band held up better than I expected.

The band is available in several sizes:

Google also has a document available here with instructions on measuring your wrist size. My wrist is about 178mm, and the medium size felt very comfortable on my wrist. It’s also worth noting that I found the band conflicted a little with the Pixel Watch’s screen lock feature. The Stretch Band had a looser feel compared to some of the other bands I tried, and sometimes it caused the Pixel Watch to lock because it thought I had taken off the watch. If you prefer to have a screen lock on your Pixel Watch, keep that in mind when considering the Stretch Band. 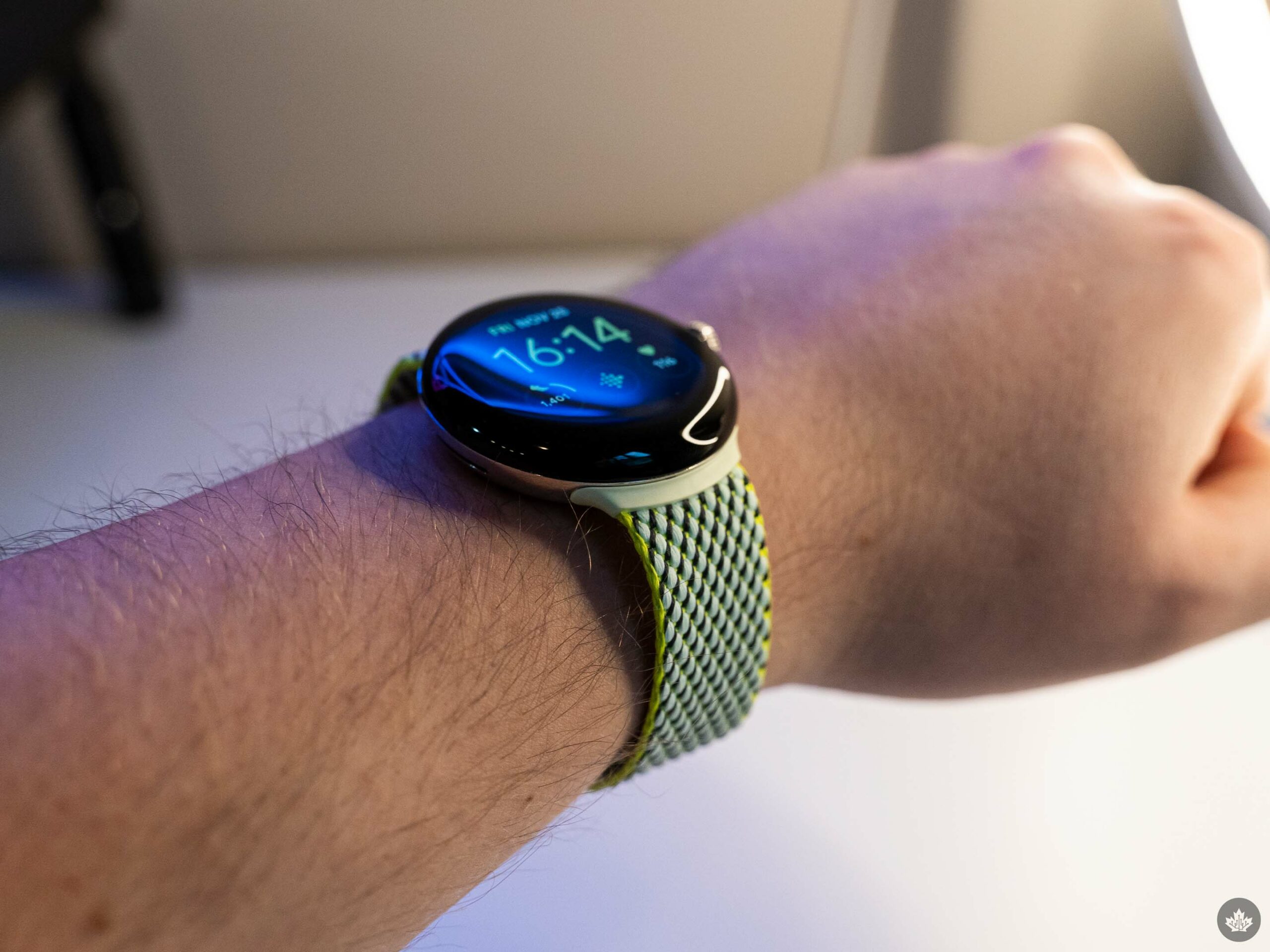 Next up is the ‘Lemongrass’ Woven Band, which looks very unique but wasn’t my favourite band (as much as I wanted to like it). My two big issues with the band were the feel and the smell. The band felt very rough to the touch. Granted, it wasn’t too bad when wearing it but definitely wasn’t as comfortable as the Stretch or Active bands.

As for the smell, the Woven band had a very strong chemical-ish odour. Even after letting air out for a few days and wearing it for a few days, the odour stayed strong. It’s still there after having the band for a couple of weeks.

Additionally, the clasp is fairly unobtrusive once you set the size for your wrist, and it doesn’t get in the way. Still, the plastic loop used to connect it doesn’t feel very secure, and whenever I have to undo the clasp to remove the Pixel Watch, it feels like I might snap the plastic. 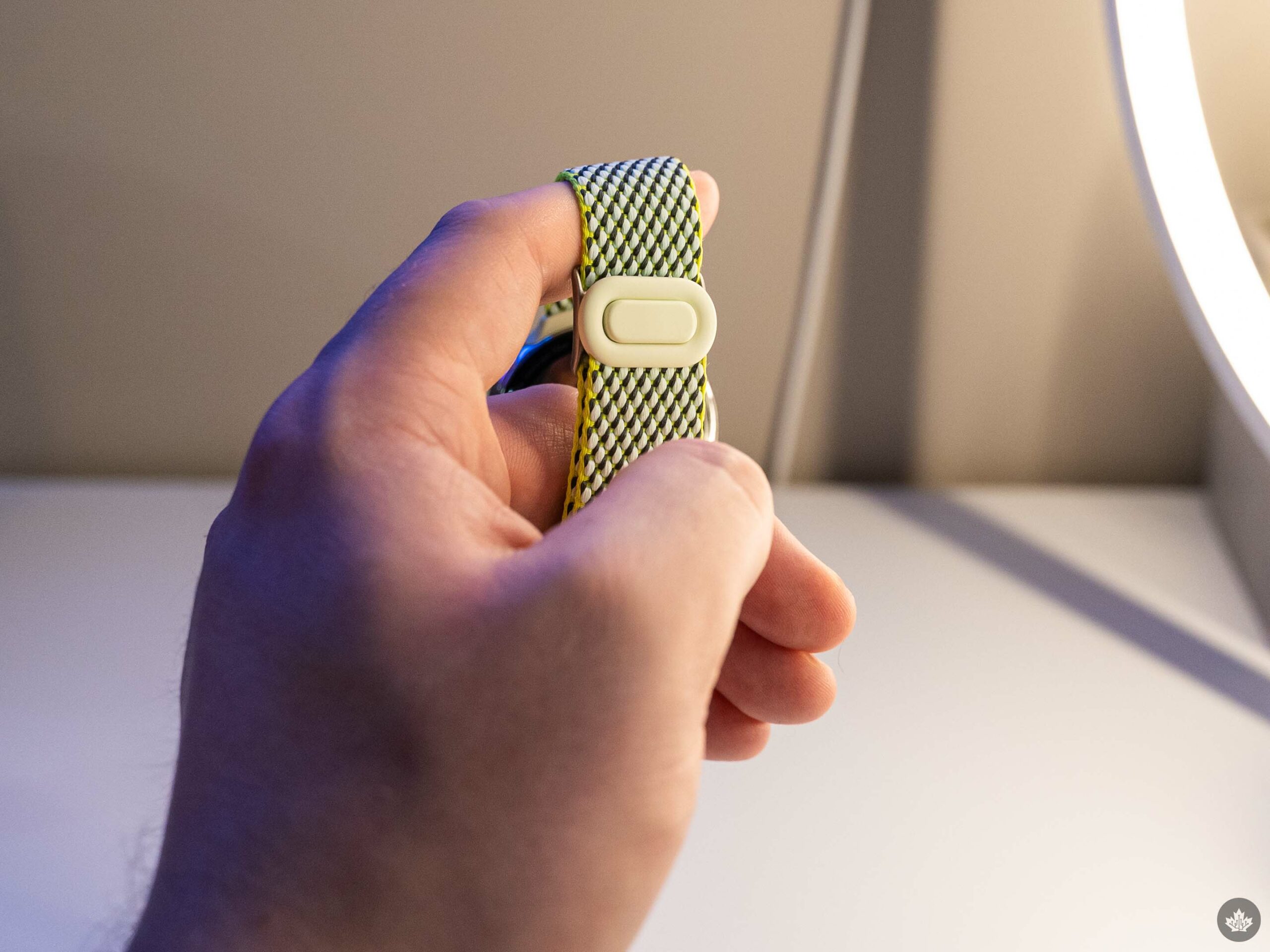 Ultimately, the Woven Band was disappointing — I really wanted to like it, but I expect I won’t wear it often. 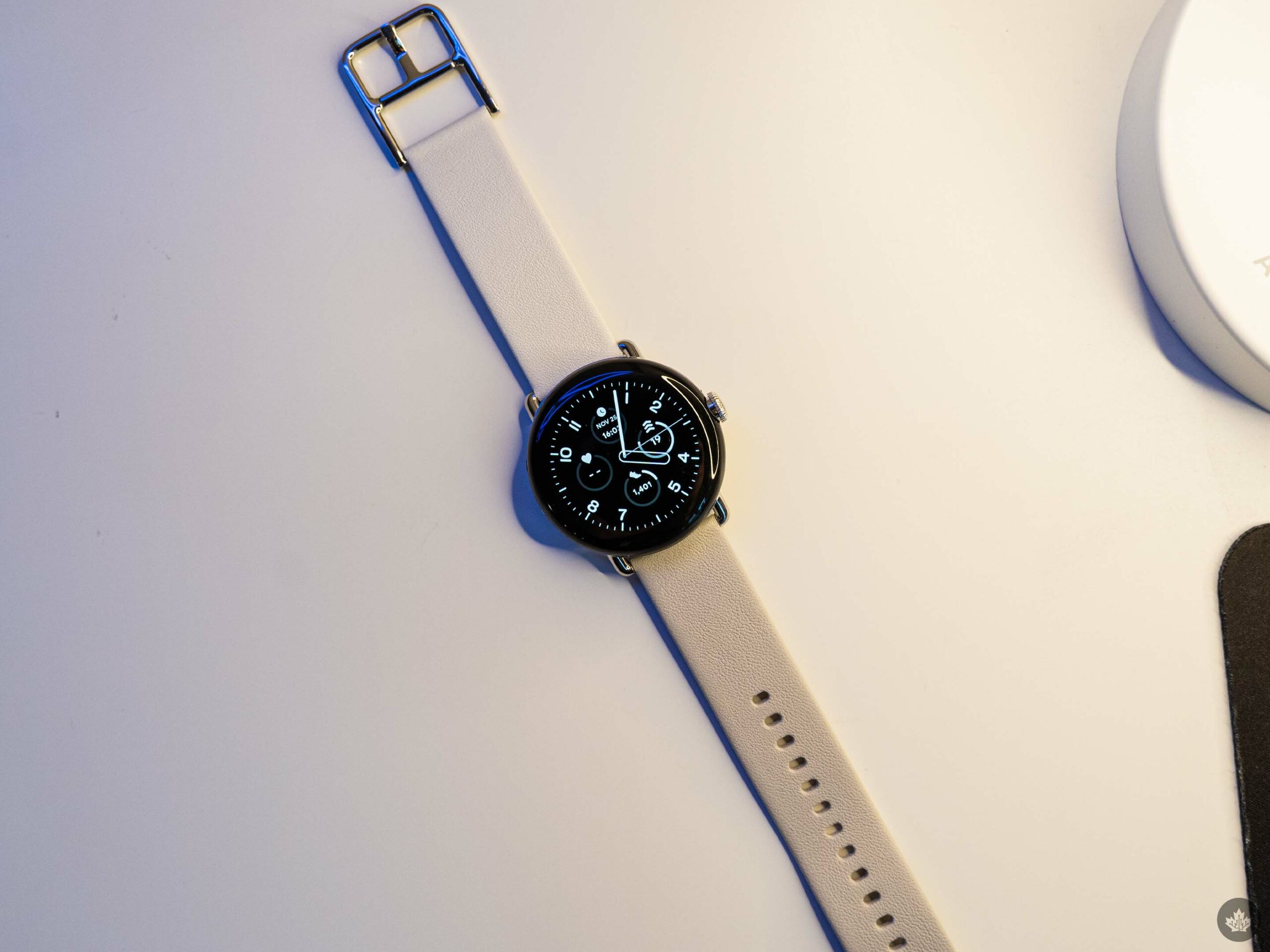 I used the ‘Chalk’ band, which looks really nice. It’s fairly comfortable, although this is a band I’d likely save for special occasions and when I want to look fancy. I’m not a huge fan of the way the clasp sits on my wrist, but that might be a side effect of using the ‘large’ band size, which is a bit too big for me.

Moreover, for the price, I was disappointed to see the band didn’t sit flush with the Pixel Watch. It certainly wasn’t the worst offender, but all the other Google bands clipped into the Pixel Watch well with no gaps and minimal play. 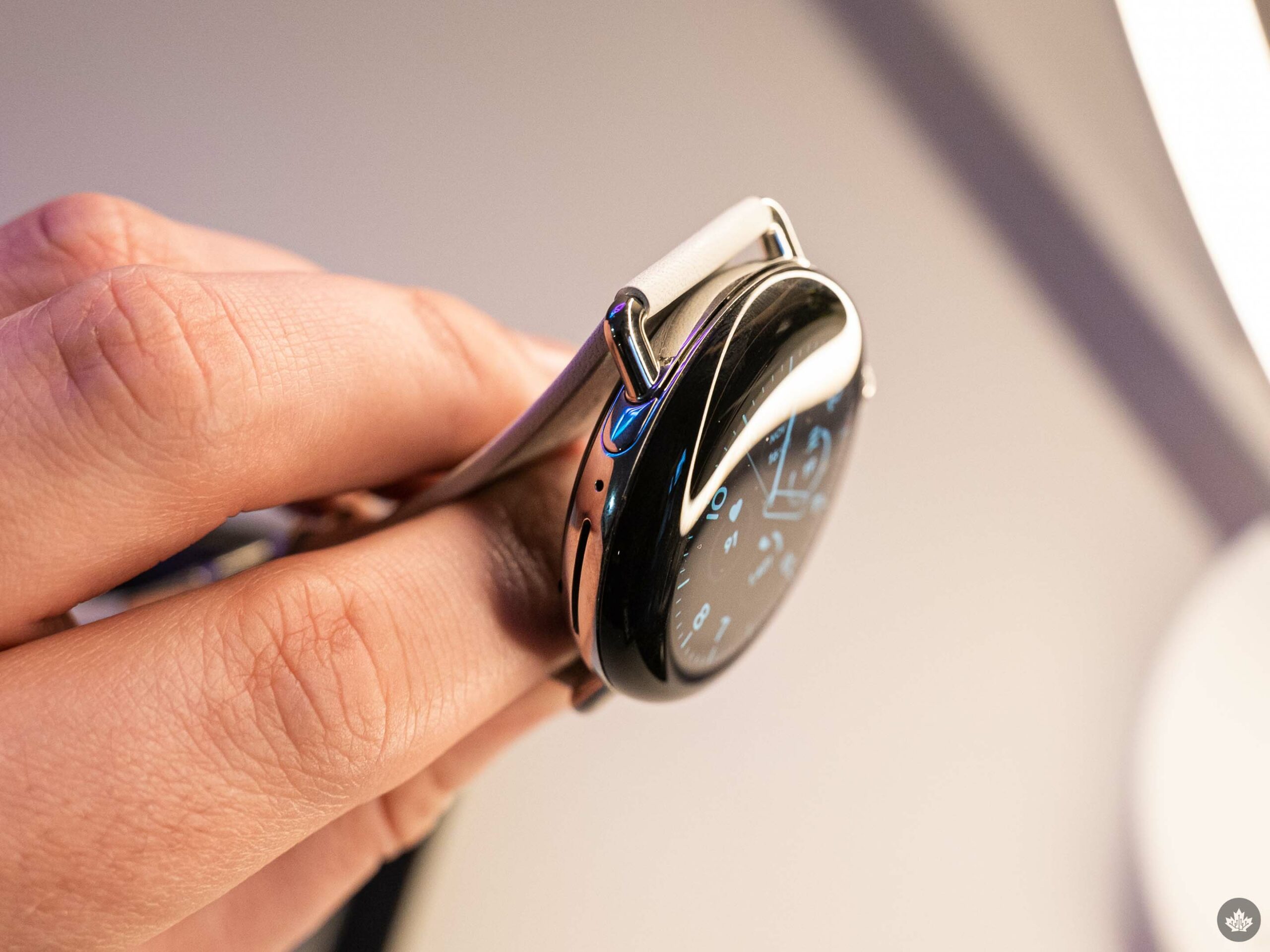 It’s hard to see in the picture, but there’s a slight gap in the mechanism connecting the band to the watch.

While that does round things out for the official Google bands I tried, below are some (much) cheaper bands I bought on Amazon. Generally, they work well, but they certainly aren’t up to the quality of the Google bands. Also, when I picked up the bands for this story, selection was pretty minimal, and the options aren’t great. 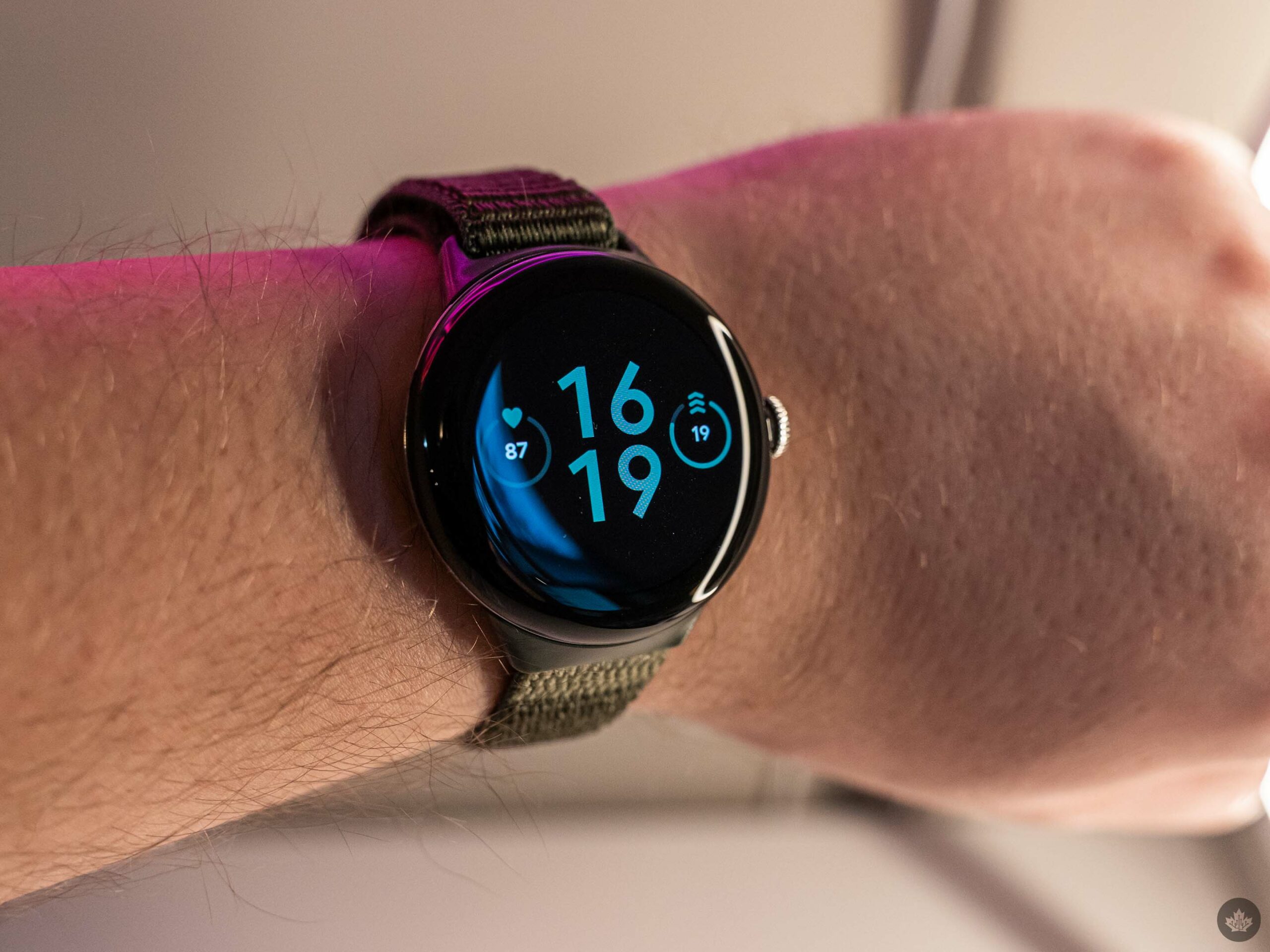 First up was the Qoosea Nylon Brad Sport. Overall, I was very happy with this band. It’s super basic, using a single strap that doubles back on itself and velcros in place. The velcro was secure (it held up well to my daughter yanking on it) and it felt very comfortable. My only real issue was the plastic connectors that clip into the Pixel Watch — they didn’t fit super well and there was a fair bit of play. Still, it kept the watch secure and, at the price, it’s hard to complain. 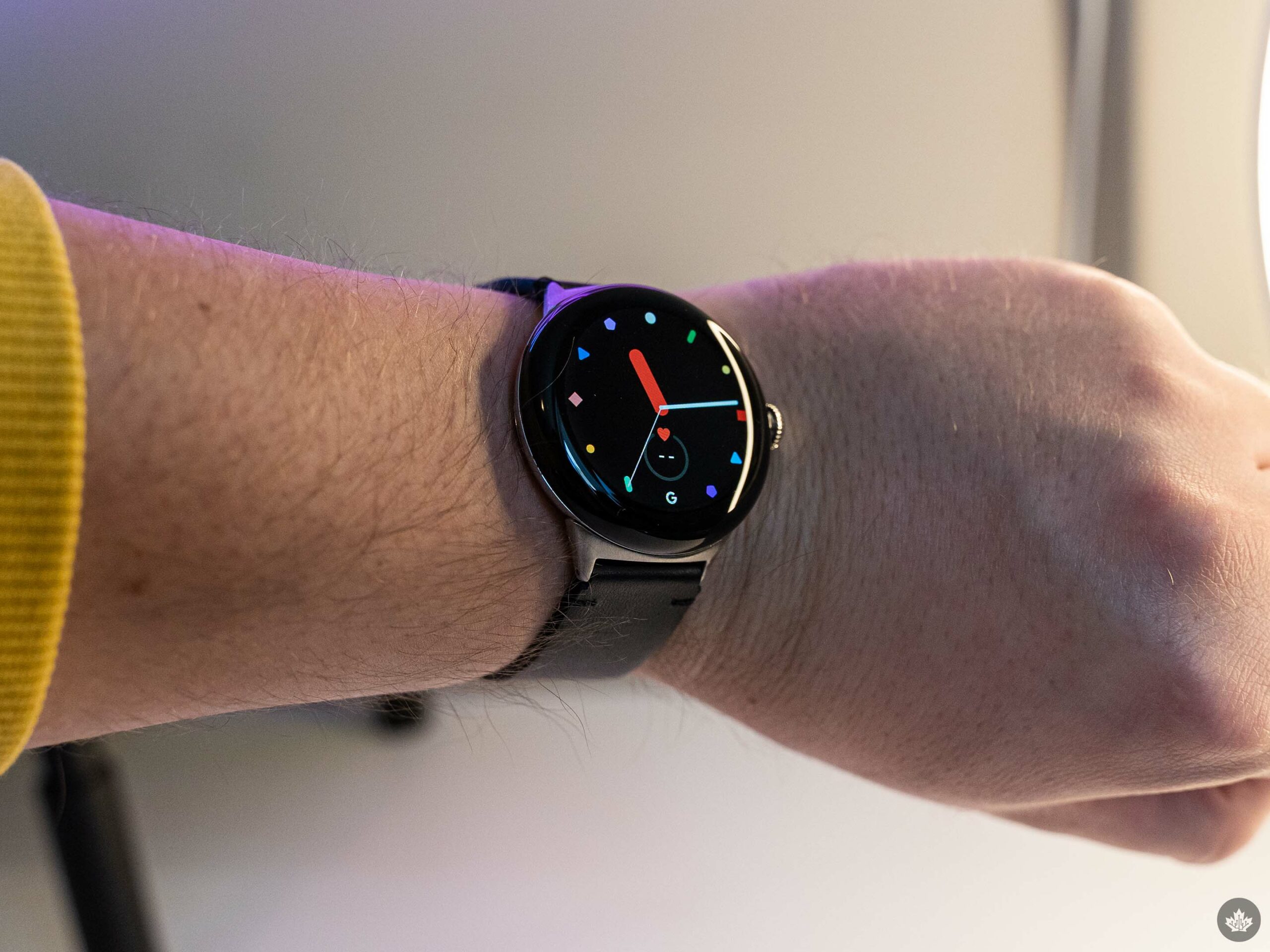 I also picked up an IDoris leather band from Amazon. It looks pretty good, but the leather doesn’t feel as high quality as the Two-Tone Leather Band (as should be the case, given the roughly $80 price difference). Moreover, like the Qoosea band, the IDoris strap has a lot of play in the mechanism where it connects to the Pixel Watch. It’s not ideal, but if you’re looking for a band that looks like it costs a lot without actually forking out the money for it, the IDoris gets the job done. 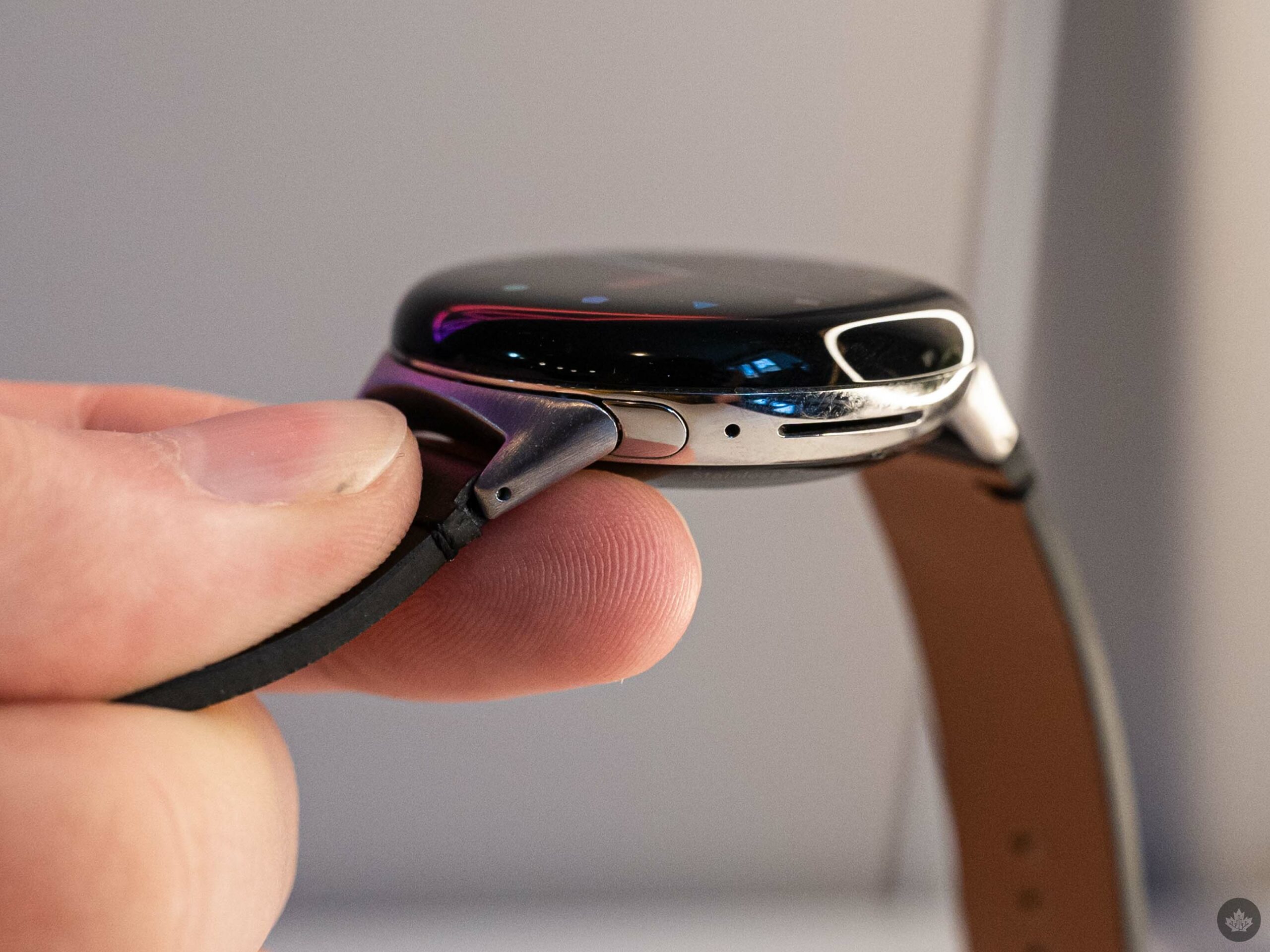 Interestingly, this band (and the IDoris strap below) both came with a clip-on case and a screen protector. I didn’t want to use either of these as I like my Pixel Watch naked, for lack of a better term. 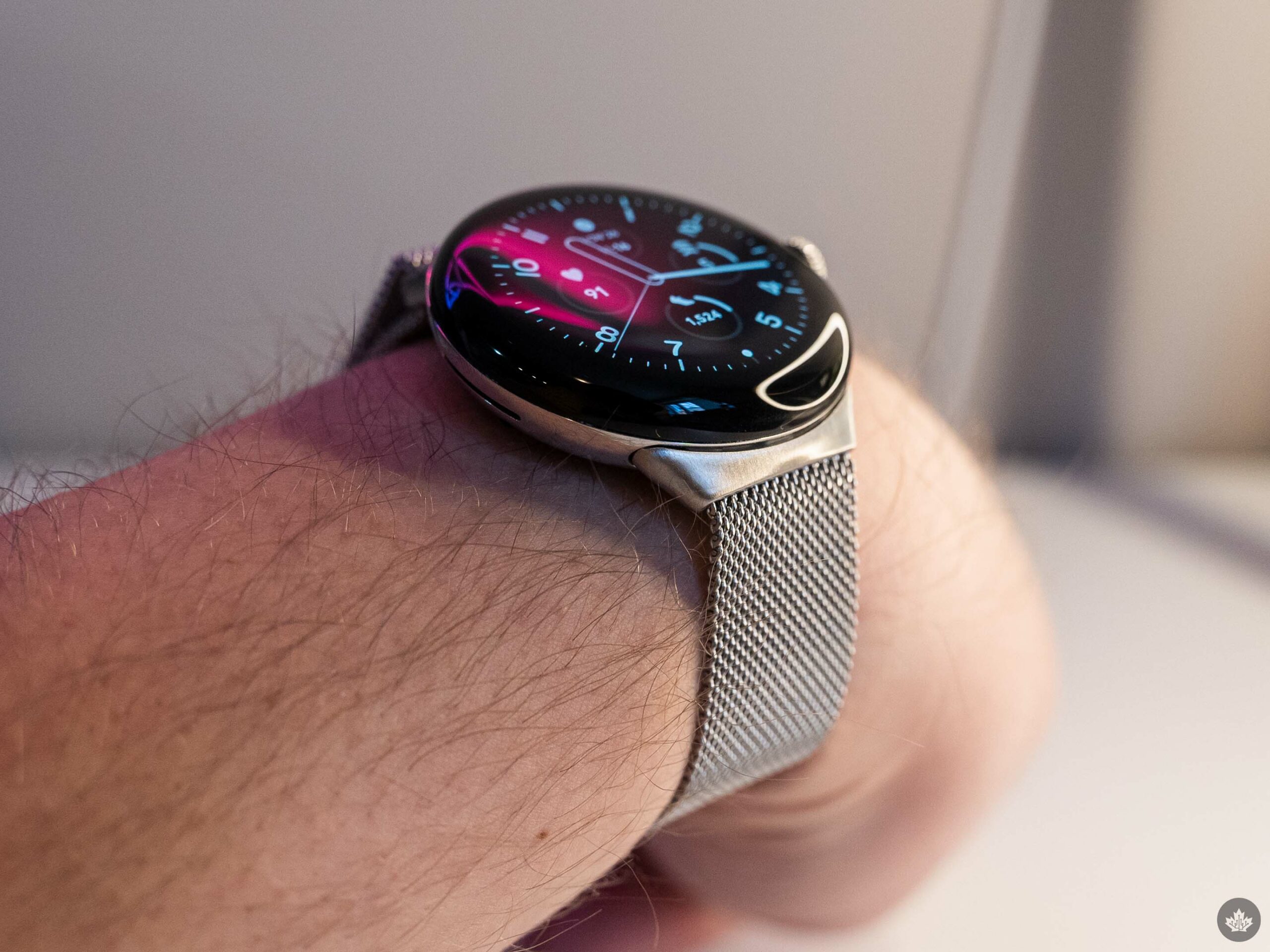 Another IDoris option, this strap looks super stylish. The magnet clasp works fairly well and I wasn’t worried about the band falling off. Like the other Amazon finds, the Steel Mesh strap had a lot of play in the mechanism for connecting it to the Pixel Watch, which doesn’t give me a lot of confidence in the band. Still, it looks nice from a distance (and I’ve always wanted one of these fancy magnet straps). 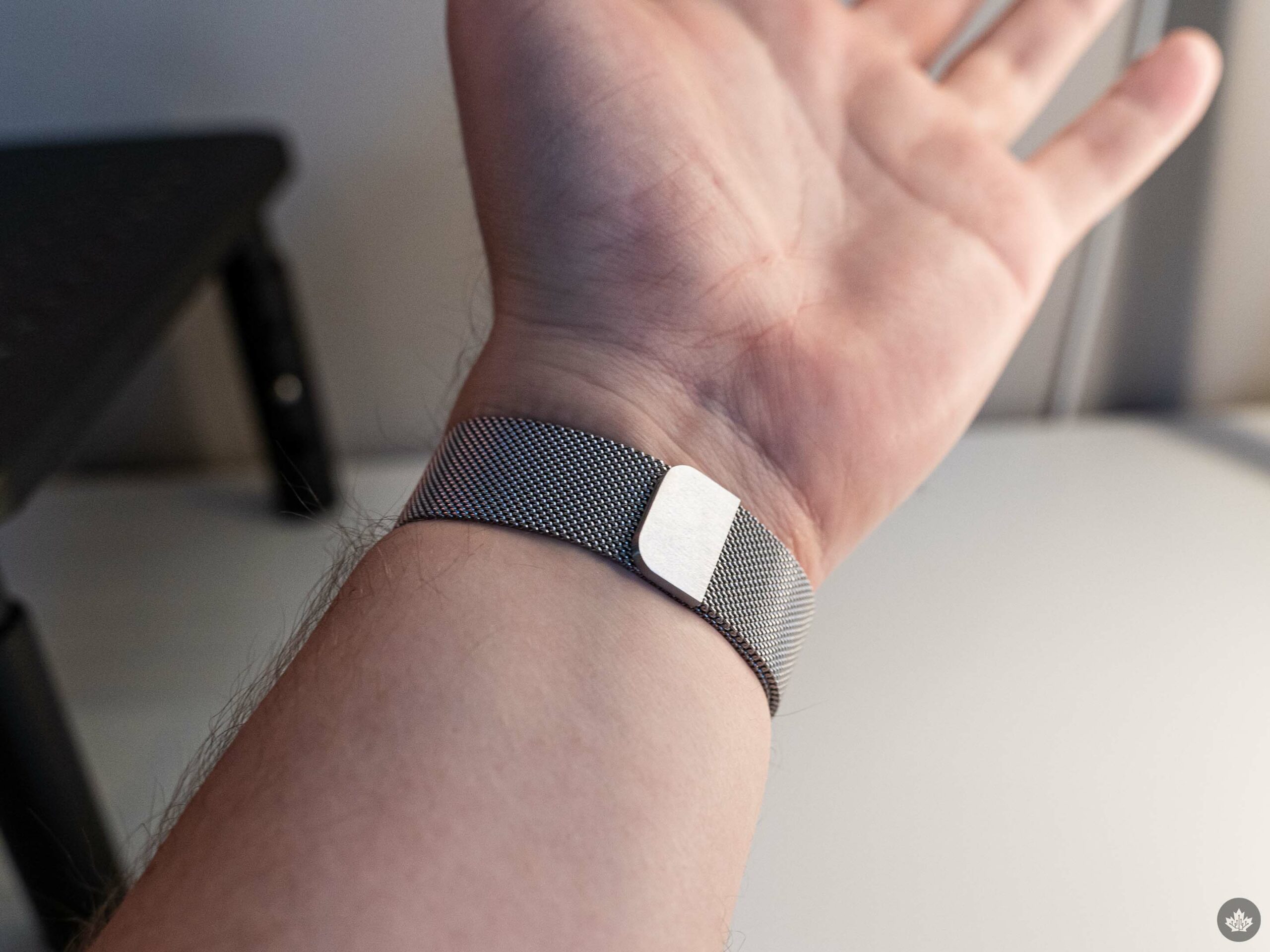 Unfortunately, this isn’t the most comfortable strap, but it wouldn’t really be a daily-wear option for me anyway. Like the Two-Tone Leather Band, I’ll crack this one out if I want something a little fancier looking. 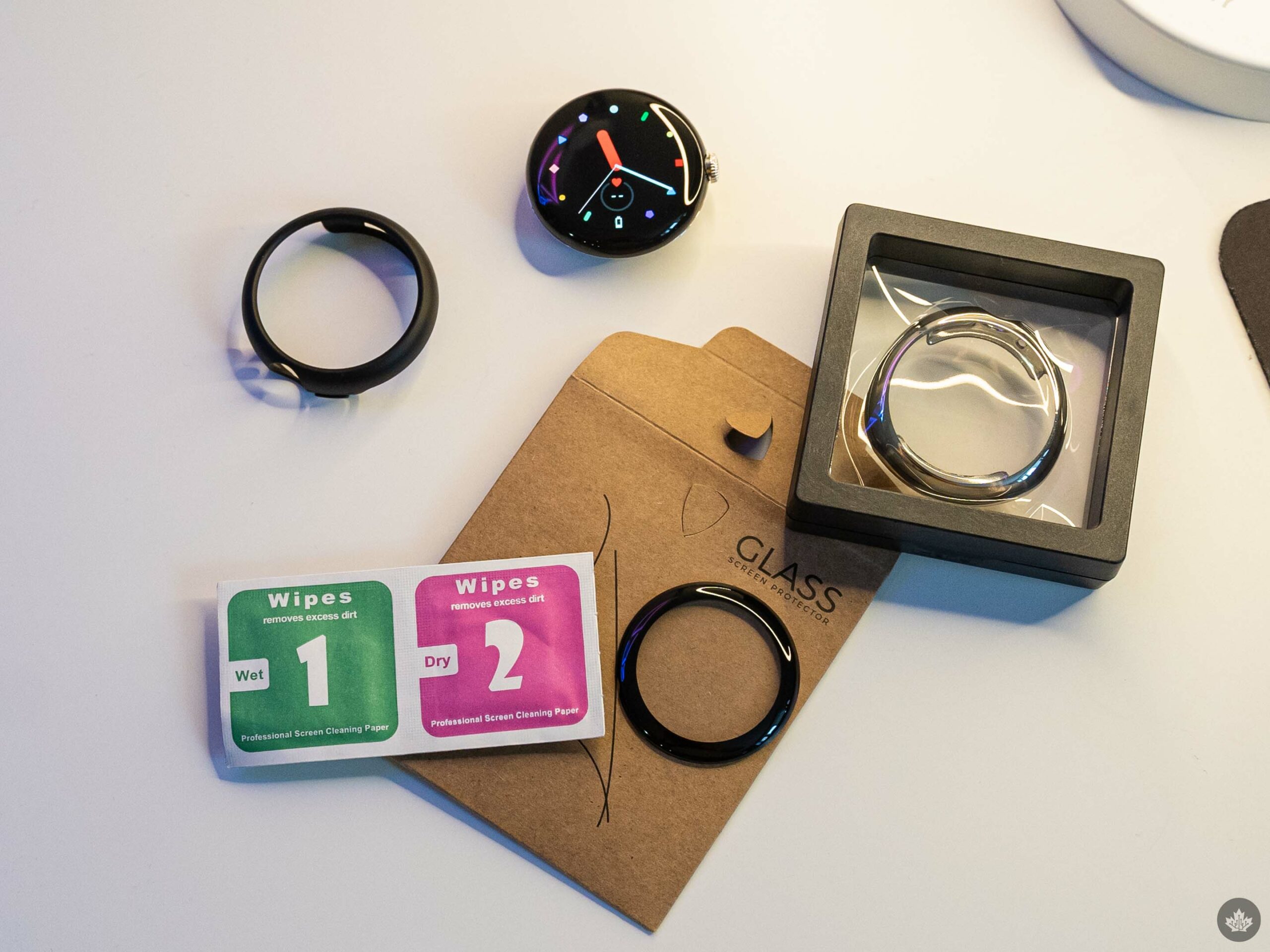 Cases and screen protectors that came with the IDoris straps.

There was one other Amazon band I was going to test, but according to the shipping info I have, it might not arrive until late December. I’ll add it to the round-up once it arrives.