The baseball card comes alongisde a digital NFT version of it 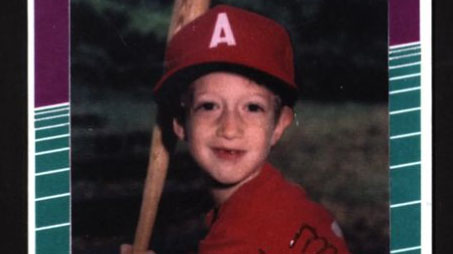 Meta recently announced that it’s adding the ability for Instagram users to connect their digital crypto wallets to the platform and share their digital art and NFTs (non-fungible tokens).

To promote the new feature, Meta CEO Mark Zuckerberg is turning his Little League baseball card into an NFT.

When Zuckerberg was eight back in 1992, he gave the card to his camp counsellor Allie Tarantino who kept it. Now, the card has been authenticated and is going up on sale, along with a blockchain version of it to go along.

“Mark was one of my campers and one day he came in with this card and gave it to me — I was stunned that he was on it! I had never seen a Little League baseball card before, so I asked him to sign it for me. I never could have guessed what amazing things he would do!,” said Tarantino.

“I’ve been telling this story for quite a while, about how I knew Mark as a camper, and it always astonishes people to see that this card actually exists. But I feel that my part of the story is over, so due to Mark’s prominence in the tech world, and the fact that he’s one of the most famous people on the planet, I figure now is a good time to sell this card and put it on market.”

The proceeds of the sale will go to the owner of the card and not Meta or Zuckerberg. Zuckerberg and Meta are just promoting the sale of the card, though it looks like it could use the proceeds. The company reported its first-ever decline in revenue for the second quarter, and its stock is more than 59 percent down since its all-time-high in September 2021.

Instagram recently rolled back its full-screen feed and reduced recommendations amid mounting criticism over changes to the app, and it appears as though rolling out support for NFTs is its way to secure redemption.