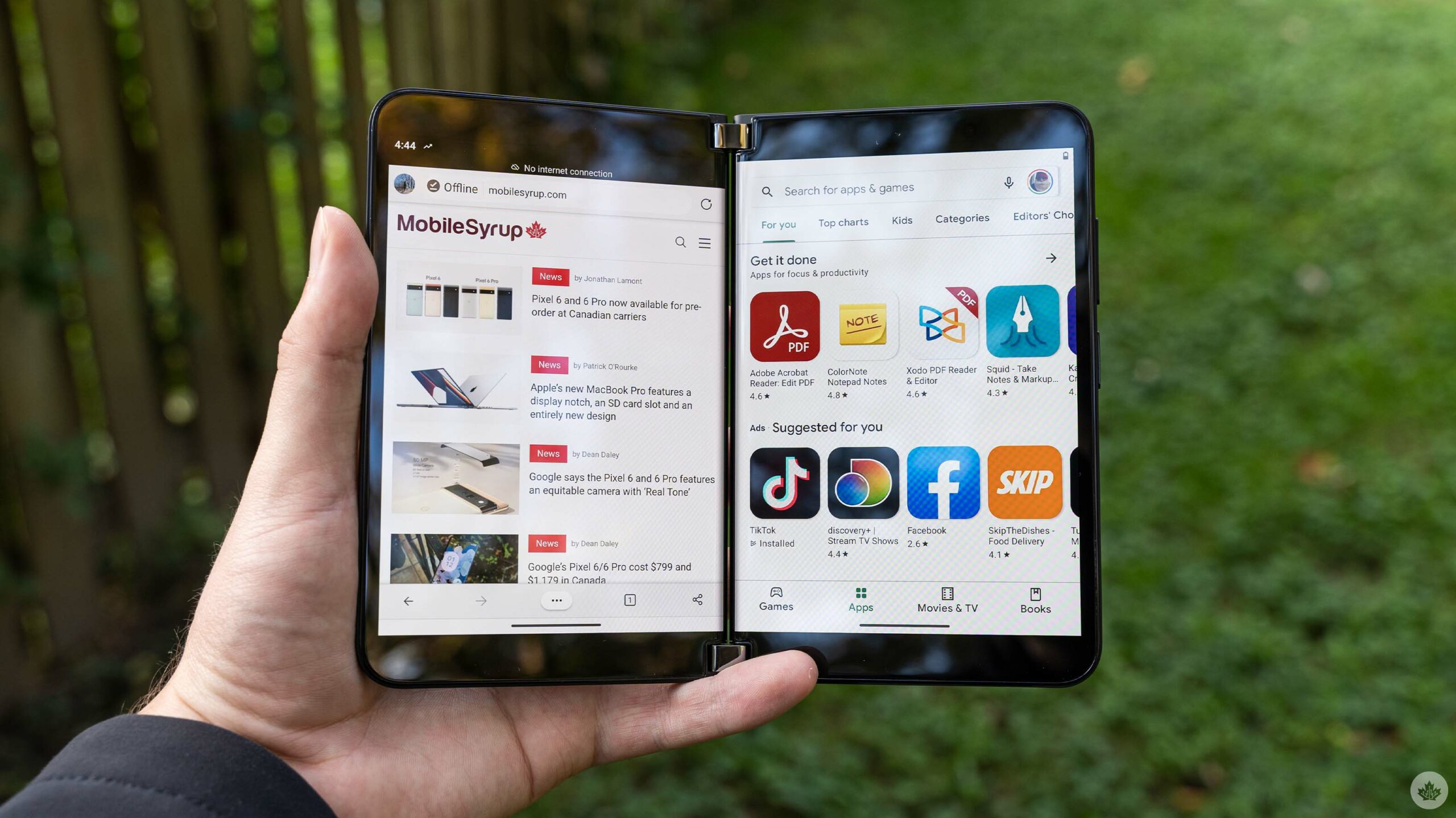 Images of a cancelled mid-range Surface Duo 2 have emerged online via an eBay listing.

The listing shows iterative changes to the device’s exterior and camera array. Theoretically, this device may have been once developed as a mid-range alternative to the flagship Microsoft’s Surface Duo 2.

Based on the eBay pictures snagged by Windows Central, the unreleased Surface Duo features a dual camera array and a more rounded design. It also appears to be smaller with a matte finish which looks more comfortable to hold. The flat display also harkens back to the Surface Duo 1. However, there isn’t much else to glean from the device except that it’s missing the new Surface’s ‘Glance Bar.’ 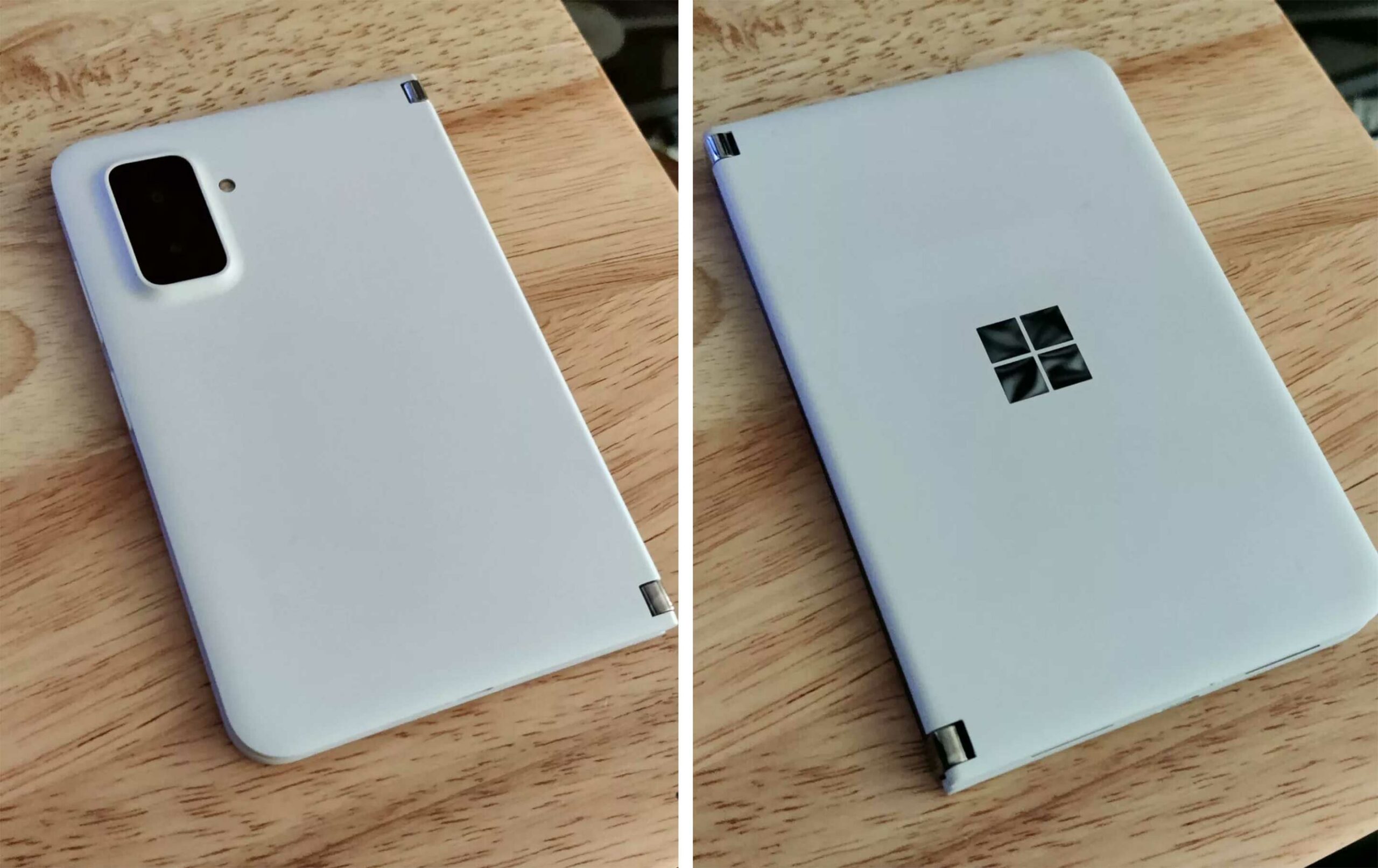 The eBay page labels the device as the “Microsoft Surface Duo 2 – 128GB -Glacier (Dev unit).” The listing is deleted now. Though reports have been able to confirm its authenticity and that the listing and device are likely real.

This plastic Surface Duo 2 model has been referred to under the codename “Cronos.” It may have run on an upper mid-range Qualcomm chipset and was made of plastic, reducing its price. It also only had two cameras instead of the flagship model’s three. 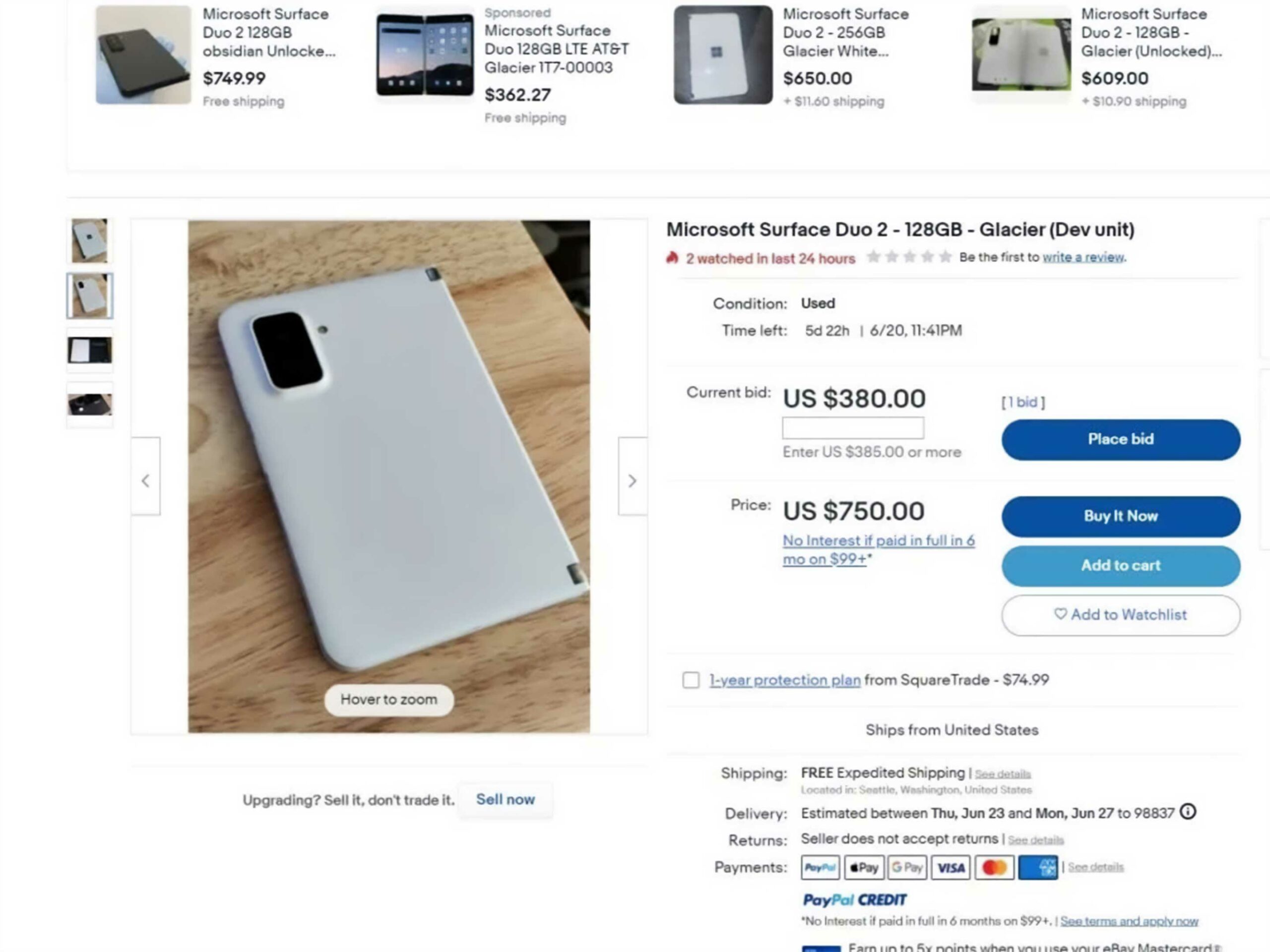 Microsoft was reportedly developing this model with the expectation that it would be sold at a lower price. It’s not known what the price point may have been. The existing Surface Duo 2 started at $1,800 in Canada.

Microsoft is said to have also been targeting a late 2022 launch date but cancelled Cronos in late 2021, pivoting to work on the next flagship Microsoft Duo for a late 2023 release.

As of now, there is no word on whether Microsoft will ever expand its Surface Duo line to include a mid-range device. The existence of Cronos appears to indicate that the day may come eventually. However, perhaps users will have to wait until the next generation of devices is released first.