Tech is taking over TV, and I love it 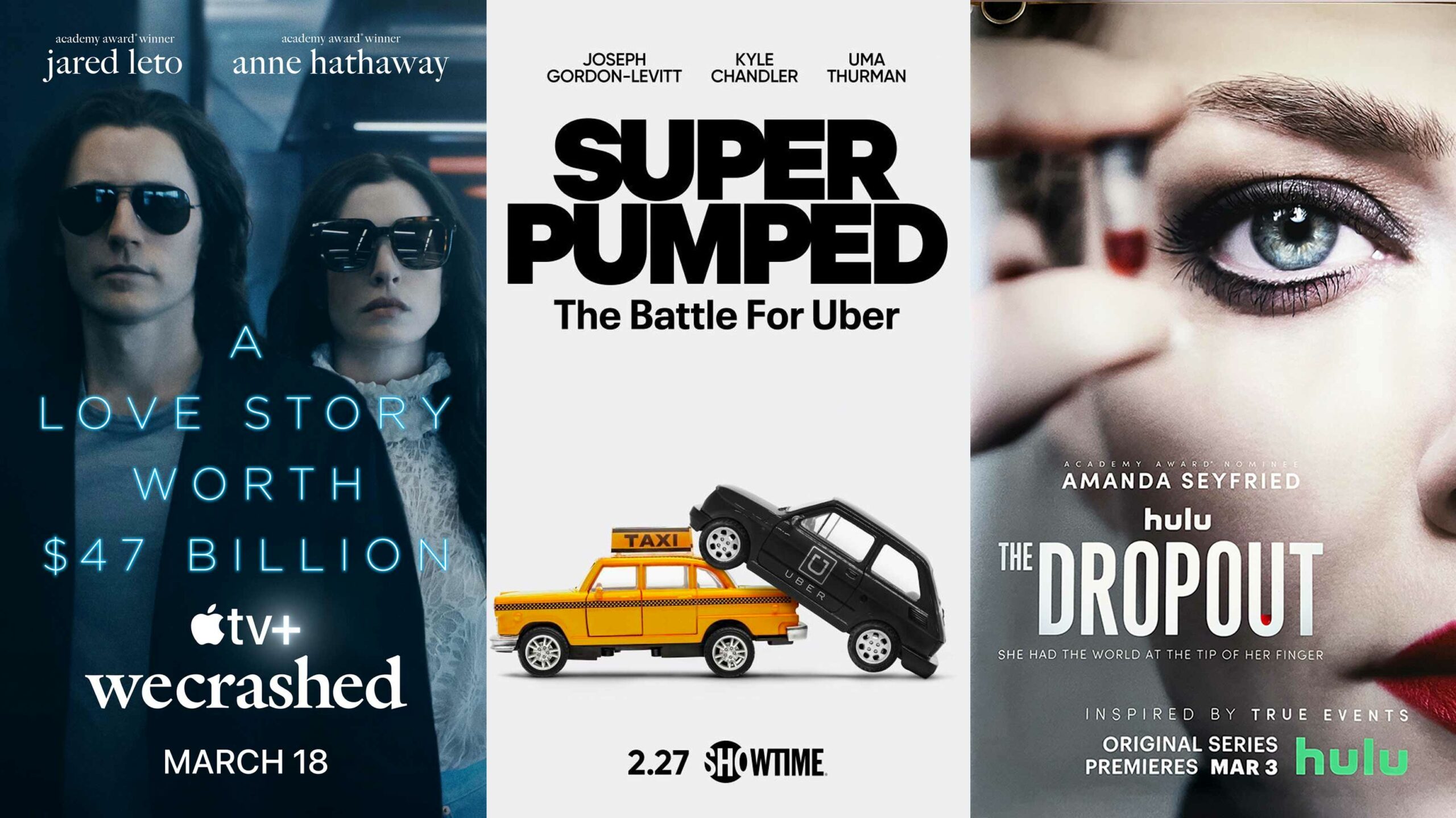 Tech-related dramas are a genre that doesn’t usually get a lot of attention, but over the past year, that’s changed. With Showtime’s Super Pumped, The Dropout on Netflix and WeWorked and Mythic Quest on Apple TV+, it’s never been a better time to be a nerd watching TV.

You could argue that Silicon Valley‘s run coinciding with Halt and Catch Fire and Mr. Robot in 2015-2018 was a better era, but those TV shows are complete fiction, and I’m currently living for workplace tech shows based on the real world that have dropped recently.

Obviously, as a MobileSyrup reporter/creator, I’m contractually obligated to watch Silicon Valley every two years, so that’s what kicked off my recent tech TV binge, but after delving into The Dropout and Super Pumped, I’m really excited for more.

The Dropout is a Hulu original series in the U.S, but in Canada, it’s available on Disney+ through its Star section. The show is eight episodes long and seems to have had a high-enough budget that I’d go so far as to describe it as prestige television. It’s based on the life of Elizabeth Holmes (Amanda Seyfried) as she drops out of Stanford to start Theranos, a blood-testing tech startup that turned out to be a complete fraud. I won’t spoil too much of the show, but in real-life, Holmes rose to prominence with the promise of upending the blood-testing industry with modern tech but failed to deliver in spectacular fashion.

The show illustrates a lot of what happened behind the scenes, including Holmes’s love life, family and the turmoils the whistleblowers at Theranos went through. MobileSryup‘s favourite actor William H. Macy even appears in a recurring role.

After The Dropout, I moved over to Bell’s Crave streaming service to watch Super Pumped. This was partly to continue my tech TV binge, but also because my girlfriend and I adore Joseph Gordon-Levitt. This show is focused on the early days of Uber and its co-founder and then-CEO, Travis Kalanick.

The TV show jumps through time to outline Uber’s beginnings, its battle with Lyft and the Apple App Store, the infamous “Boober” comments, and the culture of toxic masculinity at the company. I found this TV show to be better than The Dropout because it’s slightly more dynamic and creative. Plus, Gordon-Levitt’s star power is magnetic.

That’s also where my only issue with the show stems from. I find Gordon-Levitt’s portrayal of Kalanick to be more likable than it should be, given everything we know about Uber’s former CEO. In my mind, Kalanick is more of a frat bro, but Gordon-Levitt’s take on the CEO is balanced and at times, oddly lovable, especially when you see the pain in his eyes as even his mom starts to turn on him.

With all of this in mind, Super Pumped is still highly entertaining, and Kyle Chandler’s performance as Bill Gurley is great. The TV show has been renewed for a second season.

Next on my list is WeCrashed on Apple TV+ starring Anne Hathaway and Jared Leto. The last thing I saw Leto in was the House of Gucci where I’d argue he played a high-fashion Super Mario, so I can’t say I’m really looking forward to his performance. But I need to subscribe to Apple TV+ to catch Severance, anyway, so I guess I might as well check out WeCrashed while I’m at it.

On a personal level, the drama at WeWork is something I know very little about, so I’ll be going into this show blind. This is refreshing compared to the other tech-focused TV shows I mentioned in this story since I followed the real-world news they’re based on as it unfolded in real life.

With that in mind, the trailer looks very hype, and Anne Hathaway is an on-screen force.

Beyond that, HBO is working on a show called Doomsday Machine that focuses on Facebook and its COO Sheryl Sandberg during the rise of online disinformation ahead of the 2016 U.S. election.