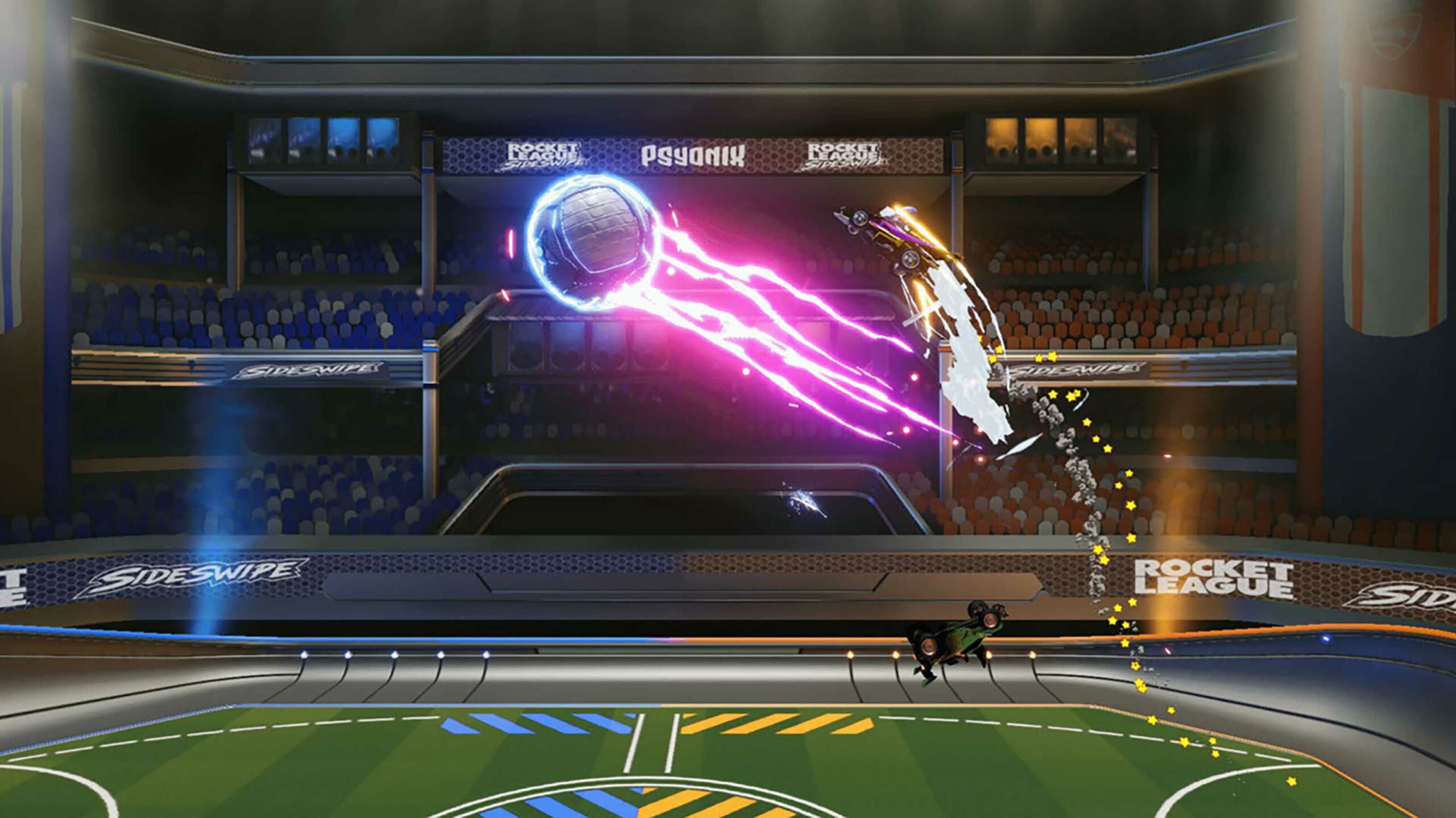 The free-to-play title translates the Rocket League experience into the 2D space, rather than the 3D arenas of the main console and PC game. Sideswipe features a virtual joystick on the left side of the screen, while jump and boost buttons are found on the right.

To further streamline the experience, cars auto-regenerate their boosts, so there’s no need to seek out pads to do so like you would in the main game. The game also features a basketball-style “Hoops” mode on top of its signature soccer-focused offerings.

Sideswipe can be downloaded for free on Android and iOS.