Representatives from Bell were also on hand 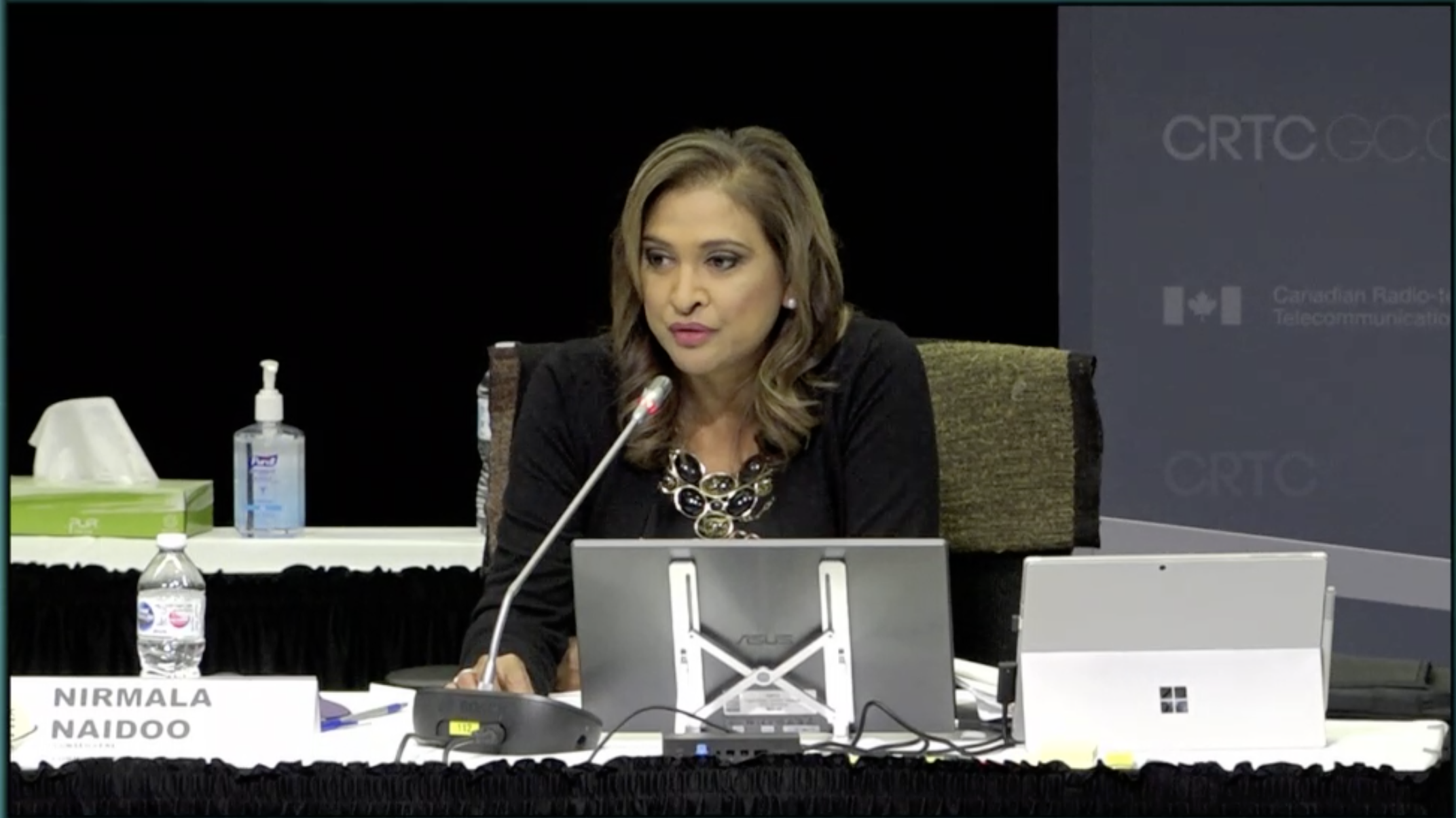 The hearing into Rogers buying out Shaw saw its last full day of interveners, who called on the Canadian Radio-television and Telecommunications Commission (CRTC) to ensure the deal isn’t approved as originally presented.

Representatives from Unifor said the commission should consider the impacts on employment and local news of this merger, saying it could lead to a loss of funding for various local news channels in Western Canada.

This includes millions of dollars Shaw directs towards Corus through a federal rule mandating broadcaster distributors to direct five percent of revenue towards local content.

“The loss of $13 million in funding for local news provided by Corus television stations could be disastrous,” Katha Fortier, assistant to Unifor’s national president, said on the fourth day of the hearing.

Rogers said it will divert the funds towards CityTV, a channel it runs, through creating programs for Western Canada, competing with larger companies like Bell.

Like many interveners before, Fortier said Corus would likely have to turn to the Independent Local News Fund (ILNF), an initiative created by CRTC in 2016 to support local news by private stations. Doing so would take funds away from smaller independent organizations that rely on this fund to air content in smaller communities.

That’s exactly what representatives from Miracle Channel Association (MCA) said they would suffer from. The company licenses and operates CJIL-DT, a television station serving Lethbridge and Southern Alberta.

“There aren’t enough bandaids in the box to stop the bleeding that’s going to result.” – Robert Malcolmson, executive vice president at Bell Canada

Jeff Thiessen, MCA’s vice president, said the organization is concerned about the future of independent services. If they can’t get funding through the ILNF, they’ll have to shut down.

“That would basically show that our concern, the nightmare that would wake us up at the middle of the night, would have actually happened and the small market fund will have disappeared and be given to the largest markets,” he said.

Representatives from Unifor said local news funding provisions are there to support smaller markets so communities have access to a variety of voices focusing on local issues.

“It’s not just about how much money is in the broadcast system overall, but about how and where the money is spent, and on what,” Fortier said.

Interveners have pointed out Rogers would receive the most financial success out of this deal.

Representatives from the Canadian Media Producers Association (CMPA) said Rogers’ current tangible benefits package is worth $5.7 million. In comparison, shareholders at Rogers will see their value increase by $1 billion every year because of the merger. “The public will only receive a couple of hours’ worth of new television programs — once,” Reynolds Mastin, CMPA’s president and CEO, said.

To right this wrong, the benefits have to be increased to offer value to the public. The way things stand, Rogers is the only one receiving value. “This inconsequential contribution will not yield any measurable improvements to the Canadian broadcasting system as a whole,” he said.

Unifor representatives also raised concerns about employment numbers, pointing to a shrinking workforce in the broadcasting realm. Randy Kitt, the organization’s director in the media sector, said mergers only make things worse because typically finances and staffing are moved away from smaller local markets to large urban centers.

“Unifor, therefore, asks that should the commission approve this sale, Rogers is mandated to continue funding for the Corus stations, until such time as a hearing can be concluded to ensure that ILNF or other such equal funds can be in place to support the need of these Canadian communities,” Kitt said.

Representatives from Bell were also present, and like Telus, asked the CRTC to reject the acquisition.

“While Rogers would have you believe there is nothing to see here, this application goes well beyond the narrow issue of one cable company stepping into the shoes of another,” Robert Malcolmson, executive vice president at Bell Canada, said.

If the merger is approved, Rogers will become a gatekeeper, and dominate the English-language market, he said. They’ll effectively be able to decide what is carried because the company will have all the power. Currently, Bell and Shaw each have 27 percent of the English language market share, and Rogers 20 percent.

Bell was in the same shoes as Rogers back in 2012 when the company came to the CRTC to acquire Astral. The request was originally denied because the CRTC didn’t see how the merger would provide “significant and unequivocal” benefits to the broadcasting system. It was eventually approved when a second application was filed reviewing the merger.

Stewart Johnston, the senior vice president of sales and sports at Bell, said if the Rogers-Shaw merger is approved, programmers will only survive if they work with Rogers given its larger market share as the reach it has with the audience will ensure advertisers and secure revenue.

“There aren’t enough bandaids in the box to stop the bleeding that’s going to result,” Malcolmson said.

Representatives from Rogers will be present Friday, the last day of the hearing, to answer questions raised throughout the week.