A new report alleges that Bobby Kotick was not only well aware of the company's internal "frat boy" culture, but has actively tried to cover it up 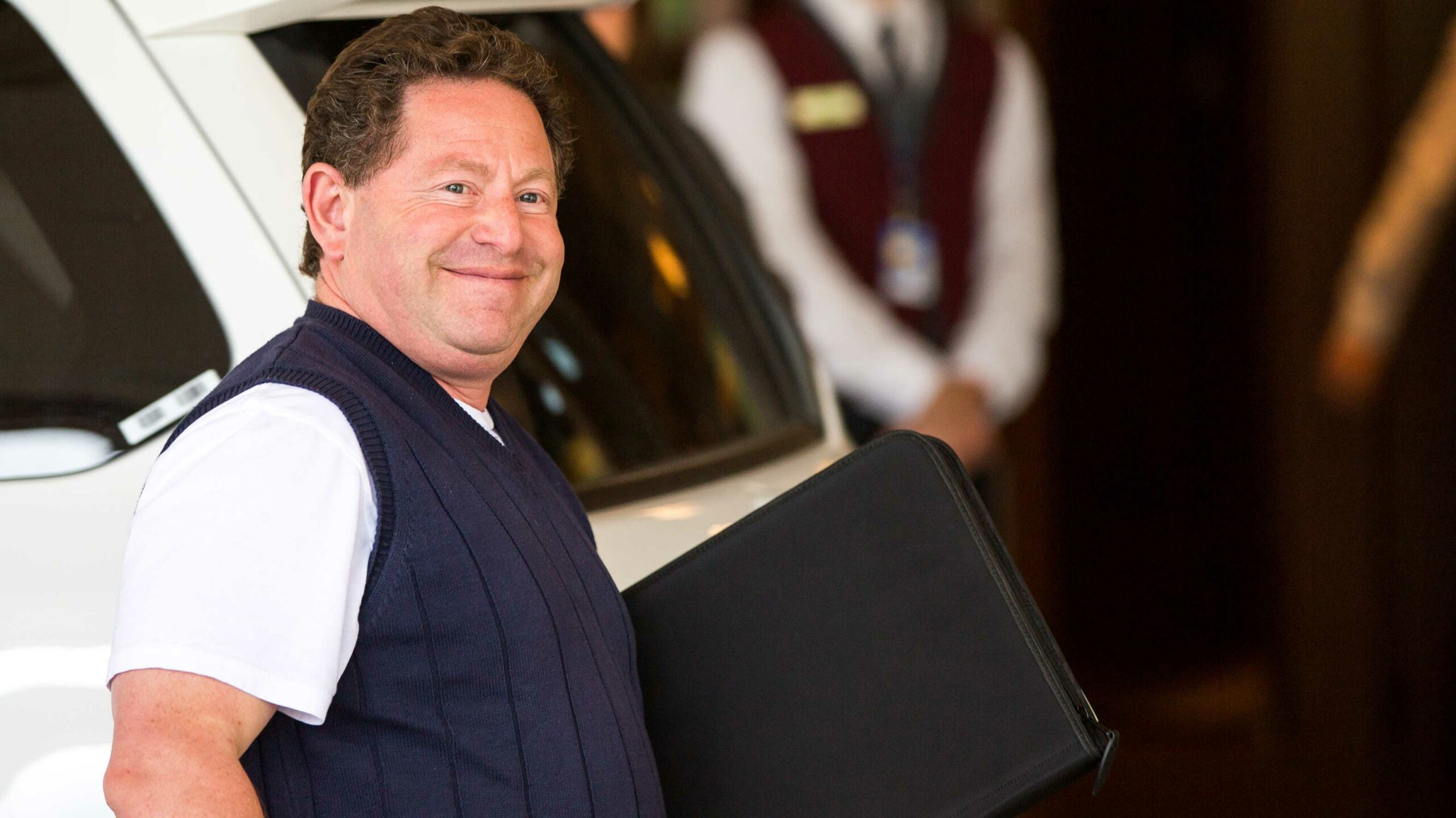 [Note: this is an ongoing story that lists developments in sequential order. See below for the most recent updates.]

In July, California’s Department of Fair Employment and Housing filed a lawsuit against Activision Blizzard, alleging that the video game publisher had fostered a years-long culture of “constant sexual harassment” and discrimination. Kotick, who served as CEO of Activision from 1991-2008 and as Activision Blizzard’s highly overpaid CEO from 2008 to the present, is now accused of not only being aware of the company’s history of misconduct, but of actively taking part in it.

For example, Dan Bunting, co-head of Activision’s Treyarch studio, was accused of sexually harassing an employee in 2017. After investigating, HR and other supervisors recommended he be terminated, but Kotick reportedly intervened to ensure he stayed on due to his success on multiple Call of Duty games.

Per the WSJ, Kotick was even the instigator in two separate incidents. In 2006, he allegedly threatened to have an assistant killed in a voicemail message, and in the following year, he reportedly fired a flight attendant on his private jet after she complained that the pilot sexually harassed her. The paper reported that both incidents were resolved with settlements.

The report also states that Jen Oneal, one of two employees who were promoted to lead Blizzard following former CEO J. Allen Brack’s resignation, was actually paid less than her male counterpart, Mike Ybarra. In response, Oneal had written in an internal email that she was being marginalized due to being a gay Asian-American woman. This is particularly notable since one of the issues raised in the lawsuit was that women at Activision Blizzard were routinely paid less than men, even when holding similar positions and experience levels.

Altogether, several women “both inside and outside the workplace” have accused Kotick of mistreatment, reports the WSJ, some of which he has worked to settle “quickly and quietly.” Following the publication of the report, Activision Blizzard stock dropped by more than six percent.

In a statement on its website, Activision Blizzard argued that the WSJ report “presents an inaccurate and misleading view” of both the company and Kotick that “ignores important changes.” Kotick also denied the report privately to employees in a video, claiming that “anyone who doubts my conviction to be the most welcoming and inclusive workplace doesn’t really appreciate how important this is to me.”

The ABK Workers Alliance, a group representing the game developers from the company’s Activision, Blizzard and King (ABK) divisions, quickly called for Kotick’s resignation. In protest, the group also announced plans to stage a walkout, which more than 150 employees later attended in person, according to Polygon.

“We have instituted our own Zero Tolerance Policy. We will not be silenced until Bobby Kotick has been replaced as CEO, and continue to hold our original demand for Third-Party review by an employee-chosen source,” wrote ABK Worker Alliance on Twitter.

Activision Blizzard’s board of directors’ response

Hours later, Activision’s board of directors came out to support Kotick. “The Board remains confident in Bobby Kotick’s leadership, commitment and ability to achieve these goals,” it said in a statement.

For now, it remains to be seen what action — if any — Activision Blizzard will take in response to the increased scrutiny (and share drops) that this new development in the scandal has brought on.

PlayStation boss Jim Ryan emailed employees on the morning of November 17th to criticize how Activision Blizzard has handled the controversy. Per Bloomberg, Ryan said he was “disheartened and frankly stunned” by this week’s revelations. “We do not believe their statements of response properly address the situation.”

Ryan condemning Activision Blizzard is particularly notable as PlayStation is one of the company’s closest partners. In addition to an existing content and marketing exclusivity deal on Call of Duty, the two publishing giants have also collaborated on exclusive content for various Crash Bandicoot titles.

That said, it remains to be seen whether PlayStation will take any action. It’s also unclear whether rival platform holders Xbox and Nintendo have internally addressed the Activision Blizzard scandal.

Bloomberg reports that a series of meetings were held at Activision, Blizzard and King on November 17th to address the scandal. However, employee morale is said to have taken an even bigger hit after executives continued to back Kotick, who wasn’t even present. Further, higher-ups said Kotick will have to “regain trust” rather than step down, despite many in the industry calling for him to do so.

Employees also asked whether Kotick’s actions violate the company’s “zero-tolerance” policy on harassment that was instituted earlier this year amid the original allegations. In response, Activision Blizzard claimed it did not have “evidence” of the claims made against Kotick because they allegedly happened more than 10 years ago.

More than 700 Activision Blizzard employees and contractors have signed a petition calling for Kotick to resign. Notably, each individual has actually listed their full name and position at the company. Given that they’ve gone public, it’s unclear at this time whether they will face retaliation from Activision Blizzard.

See below for their full statement:

The information that has come to light about his behaviors and practices in the running of our companies runs counter to the culture and integrity we require of our leadership—and directly conflicts with the initiatives started by our peers. We ask that Bobby Kotick remove himself as CEO of Activision Blizzard, and that shareholders be allowed to select the new CEO without the input of Bobby, who we are aware owns a substantial portion of the voting rights of the shareholders.

In addition to Kotick, the employees and contractors demand that board members Brian Kelly and Robert Morgado step down by December 31st.

Phil Spencer, the head of Xbox, told staff in a November 18th email (via Bloomberg) that he’s “disturbed and deeply troubled by the horrific events and actions” at Activision Blizzard. In the wake of the allegations, Spencer says Xbox is “evaluating all aspects of our relationship” with the company.

It remains to be seen what actions Xbox may take.