Gadge Hub Review: A multi-port adapter for PC enthusiasts only

The promise of projects on Kickstarter often exceed the product 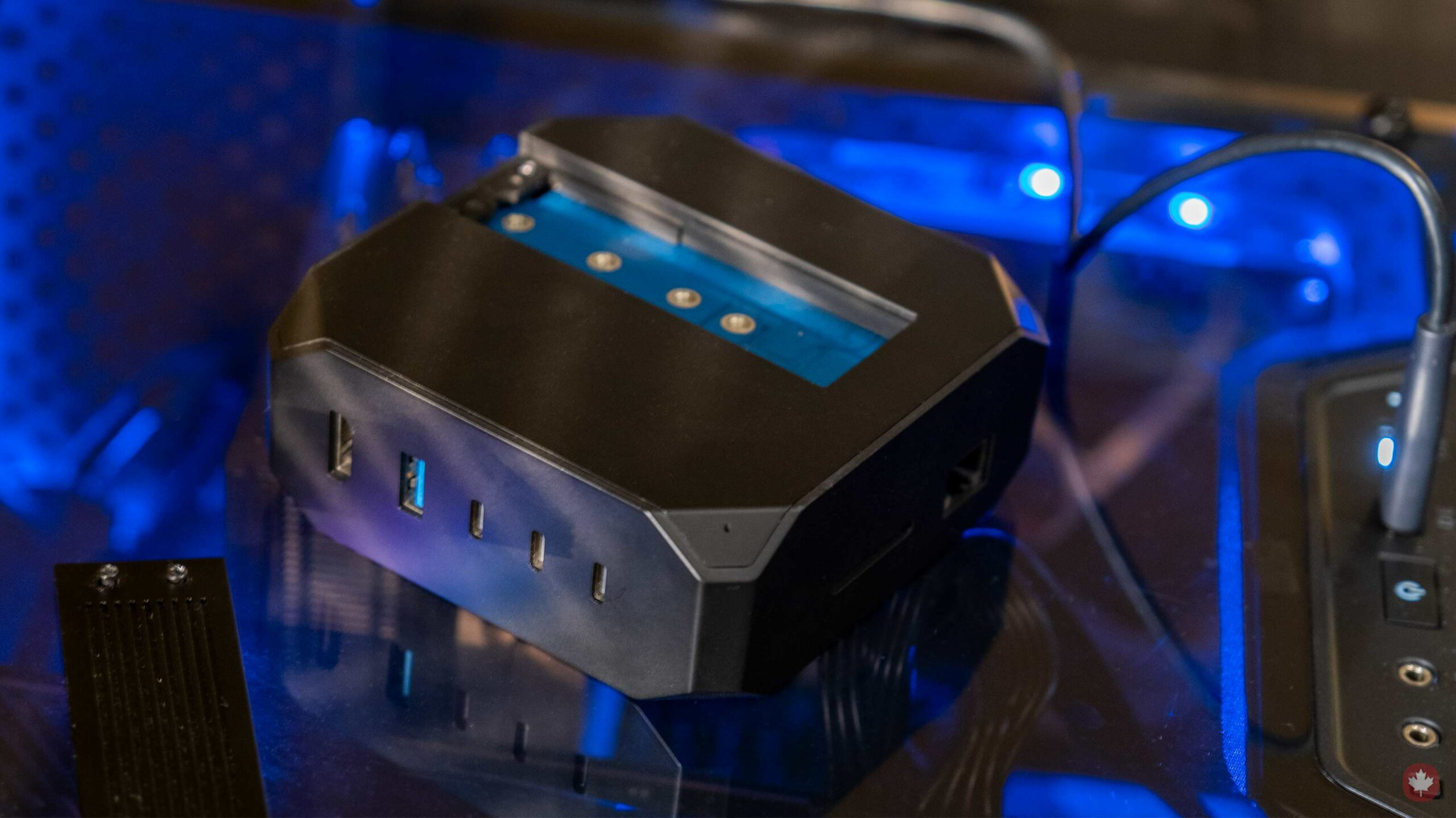 When the Gadge Hub team first reached out to me to review their device, I wasn’t interested. Most of the time, products that come from a company on Indiegogo/Kickstarter are a hassle and often don’t live up to the hype. After sitting on that answer for a few days, I kept thinking about the cool desk hub, so I caved.

Now, a month later I still love the concept of a desk-USB hub that also allows you to use it as a super-fast portable hard drive, but setting up the Gadge Hub is something I’d only really recommend to PC building enthusiasts or the techiest among us. Even then, by the end of my time with the device, I couldn’t get the SD card reader to work on Windows. I will mention that it seems to function fine with a MacBook Pro.

When I asked the company for an instruction sheet, I was given a specs list, so it’s unclear if that’s all customers really get with it in terms of a guide. What I can tell you is that using the Gadge Hub without instructions is a very frustrating experience. 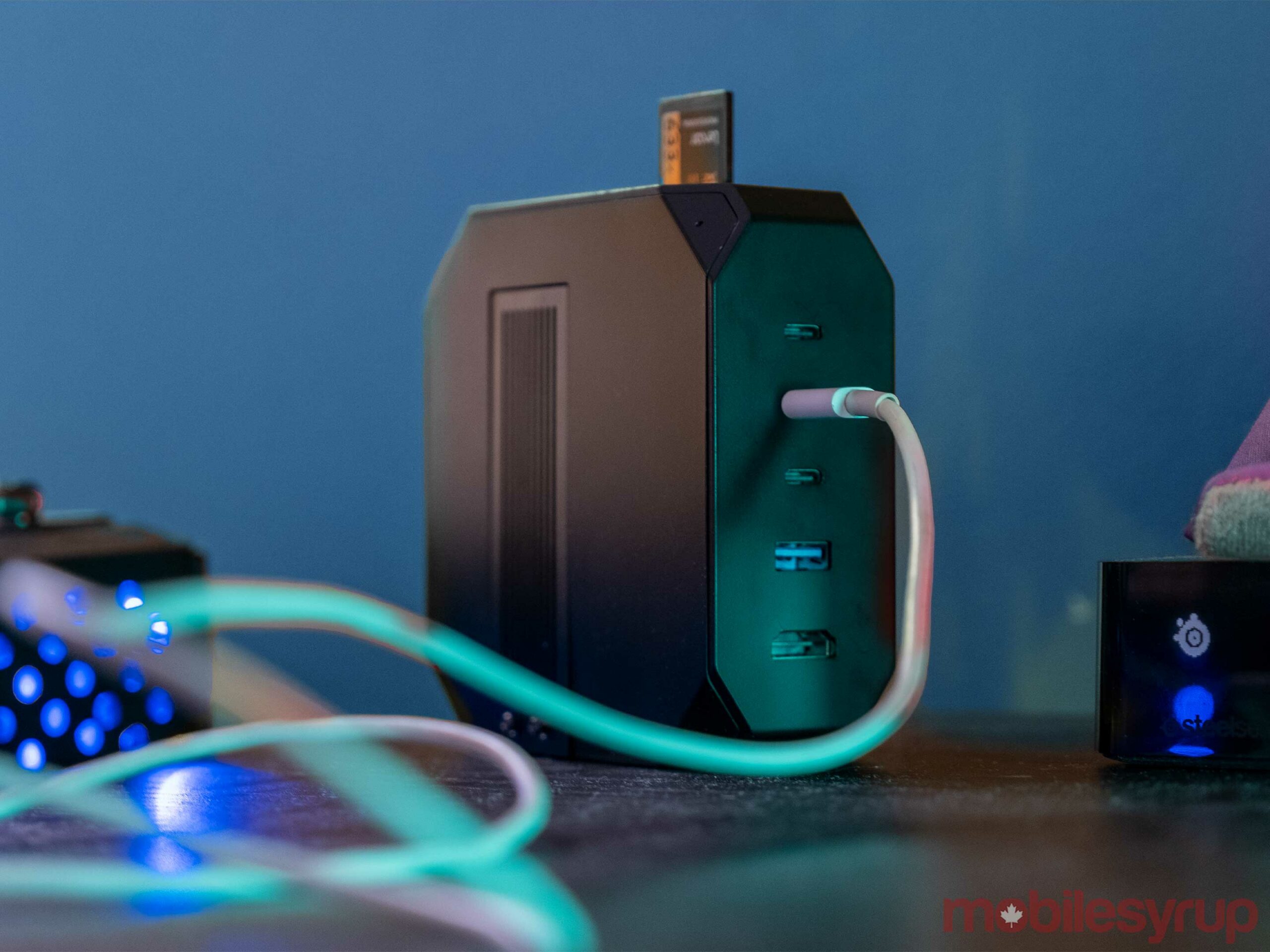 The Gadge Hub promises a lot and if you use a laptop for work, it brings several ports to your system.

On the front, there’s a regular USB-A 3.1 port, a single HDMI plug and three USB-C ports, including one of which supports 5Gbps transfer speeds. Two of these can also supply power to your device. That said, it’s a little unclear what port supports specific functionality, so if you’re looking to find out port speeds, you need to look at the image below (I found it on the company’s Indiegogo page). 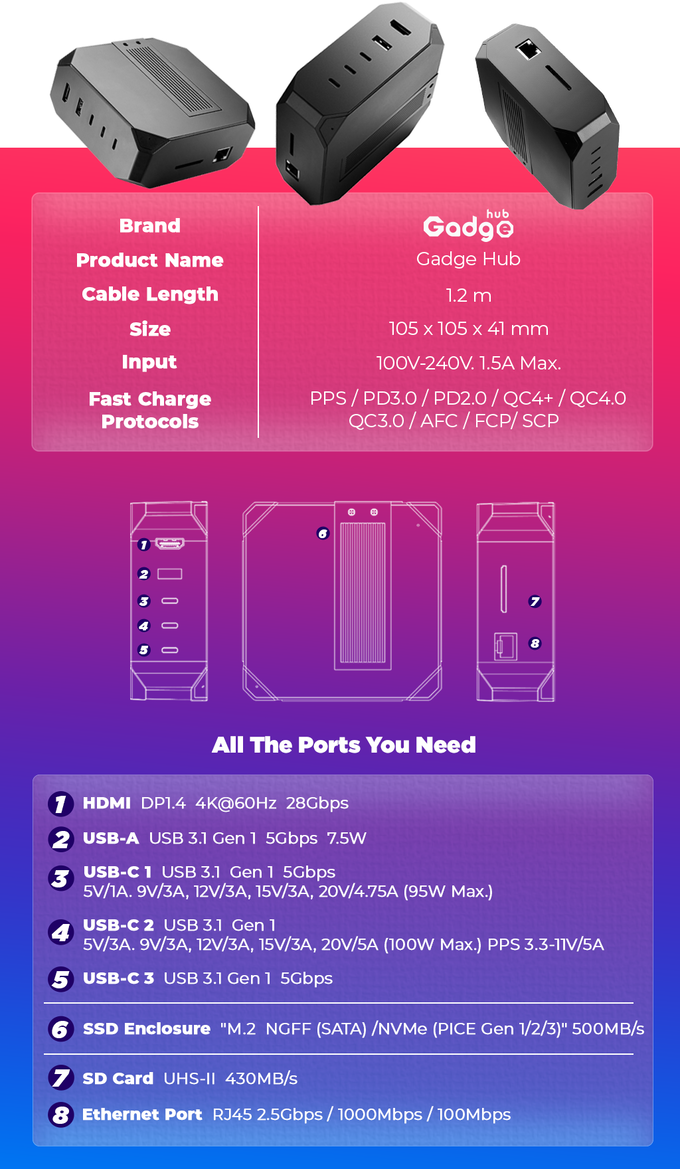 Rotating the cube around to the other side, it features an SD card slot and a 2.5Gbps Ethernet port. On the back, there’s a power plug. While some USB hubs can perform simple tasks like reading an SD card after just being plugged in via USB, the Gadge Hub requires power to run. This is a little annoying since at all times to use the hub you need to have a power plug running out the back and USB running out the front to connect to your PC. I really wish the company added a USB-C port to the back that goes to your PC so both of the cables that need to be plugged in feed out of the back and off my desk.

Finally, on top of the device, there’s a small hatch that you can open up to put an NVME/M.2 SSD to use as a portable hard drive. This is what made me the most excited about the Gadge Hub, but sadly it didn’t really pay off. 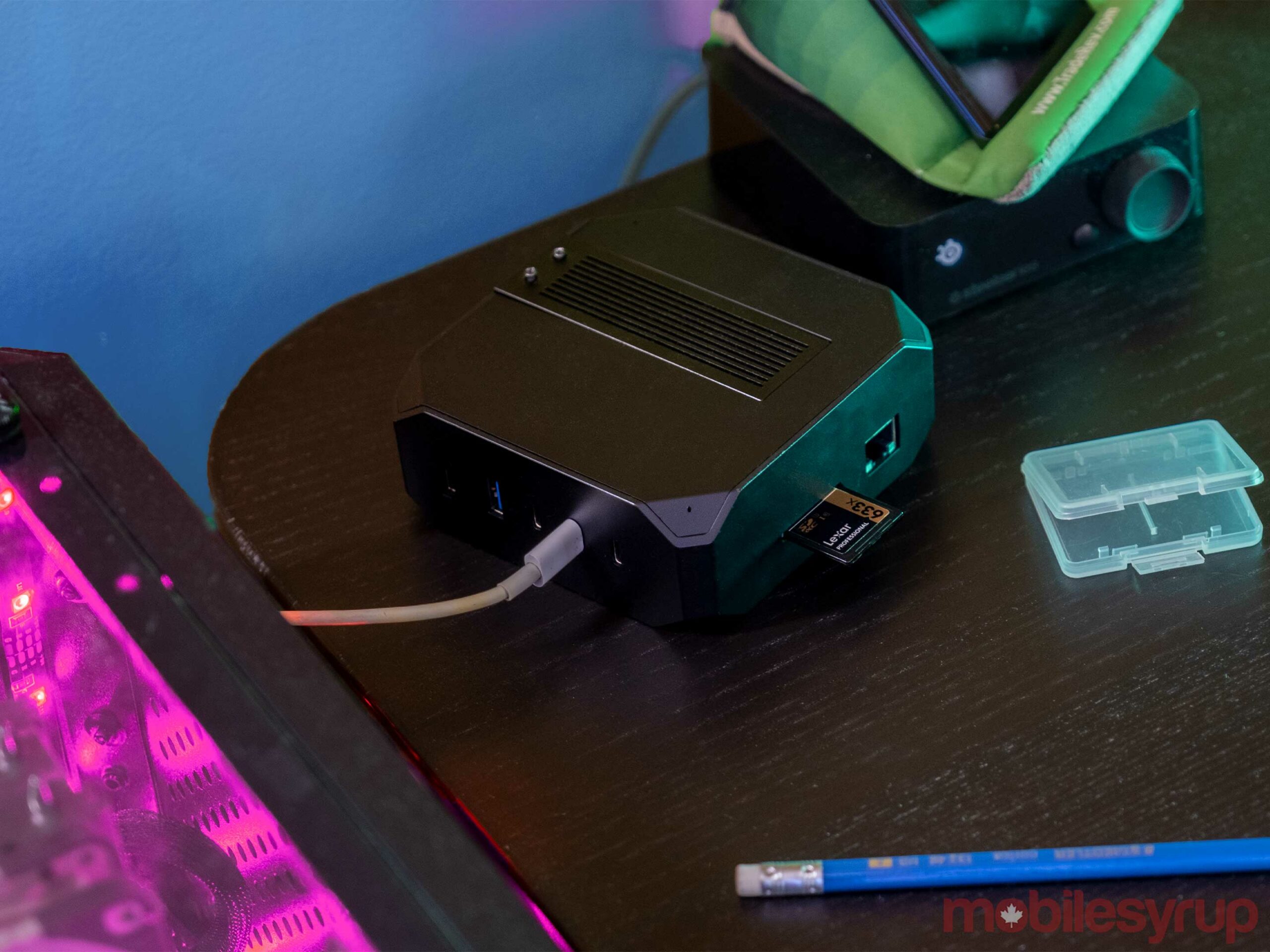 When holding the Gadge Hub in your hand, it feels like a solid device with an all-metal design. It’s also a good size.

Unfortunately, that’s where the positives end regarding its build. When I first got my unit, one of the screws was snapped, so opening the SSD hatch was tricky and involved me having to turn it upside down and fiddle with it for a while.

Then, once I got it open and added a new SSD, I found out that I couldn’t set up the SSD without installing it into my motherboard first. This was a pretty annoying setback and involved me taking the side off of my PC, installing the drive into my motherboard, turning my PC back on, formatting the drive, turning the PC off, taking out the SSD and then putting it back into the Gadge Hub. It would have been nice to be able to set the SSD up right from the Gadge Hub, but maybe that’s wishful thinking.

From there, things didn’t really get better. When I tested it again later, no matter what port I plugged the USB-C cable into, it wouldn’t connect to my PC and work as an SD card reader. I was able to get it working with my MacBook, but on my desktop, it didn’t play nice.

I’m not sure if my unit was just a dud, or if it really is as shoddy as my experience made it out to be. I’ve seen a YouTuber talk about the device and they generally seemed to have had a better experience with the Gadge Hub.

Still, if you take away some things from this story, I hope it’s that you probably shouldn’t buy the Gadge Hub — at least not yet — and to always be skeptical of Kickstarter products regardless of how cool the concept might be.