Car Thing is a thing for playing Spotify in your car 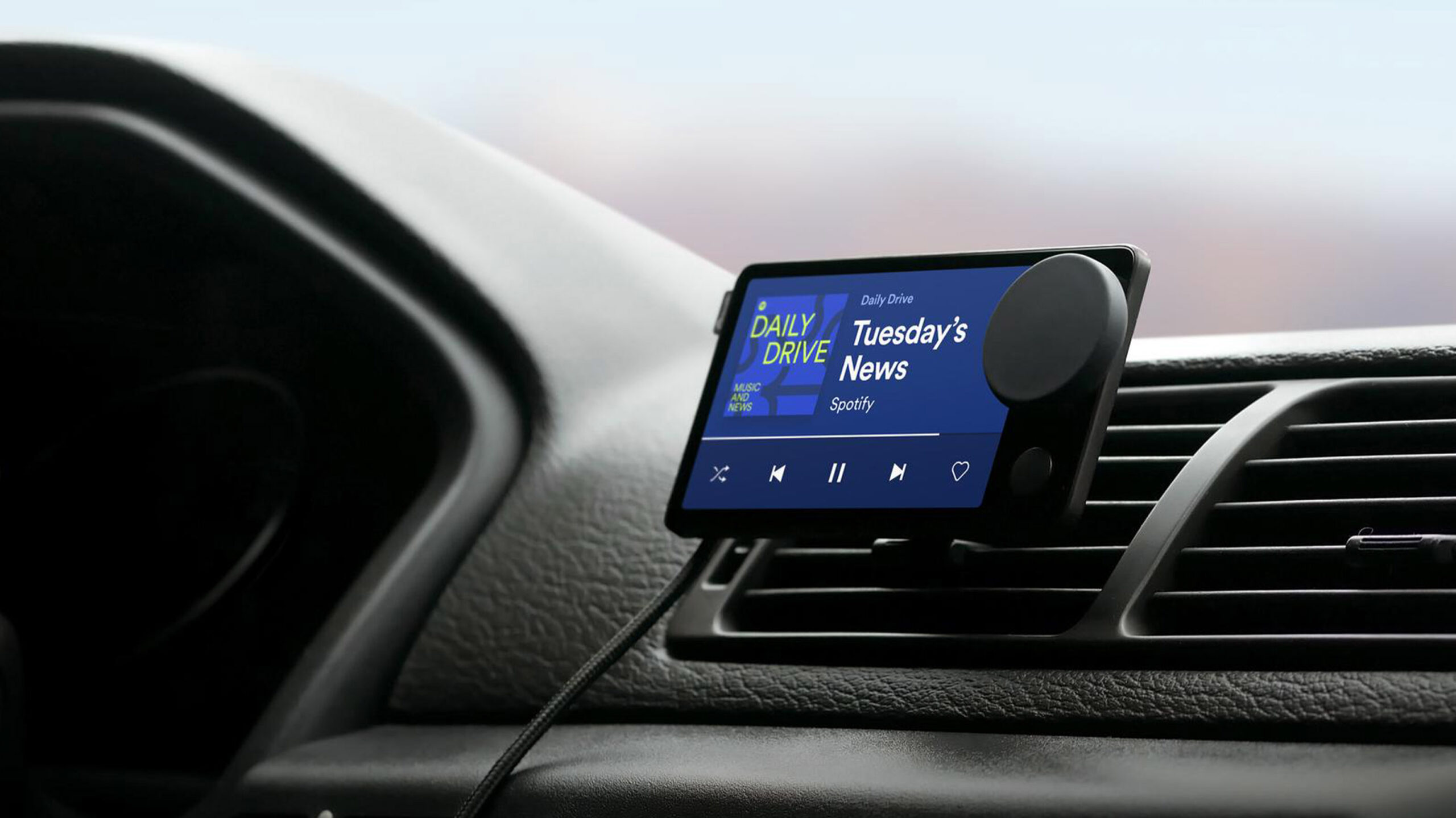 Spotify’s weird Car Thing is actually real and available now, for free, if you live in the U.S.

After leaking earlier this month, Spotify launched a page today that lets U.S. residents who subscribe to Spotify Premium get a Car Thing device to use in their vehicle. The website lists the price at $79.99 USD (about $100 CAD), but notes that it’s “available at no cost for a limited time.” People who sign up on the Car Thing list can get it the device for just the cost of shipping.

If you’re still not sure what exactly Car Thing is, beyond that it’s a thing for your car, we’re here to clear things up. In short, Car Thing is, as Spotify calls it, a “new smart player” meant to bring a “superior listening experience” to every type of vehicle.

In a press release about Car Thing, Spotify explains that it’s not trying to compete with existing infotainment systems. Instead, the company’s goal with Car Thing is to offer a frictionless audio experience for users. Considering Car Thing doesn’t offer any functionality beyond access to playing music and podcasts through Spotify, I have my doubts it will compete with other systems like Android Auto or Apple CarPlay anyway.

Car Thing offers several ways for users to control it. First, there’s the ‘Hey Spotify’ voice command, as well as a 4-inch touch screen. Interestingly, the large dial next to the screen is also for navigating the interface in an iPod Classic-like fashion. Along the top of the Car Thing are four buttons users can bind to their favourite playlists or podcasts.

The Verge published a hands-on with Car Thing with more details for those interested. In short, Car Thing is just a Spotify remote for your car with a screen and microphone. You’ll need to pair it with your smartphone over Bluetooth as well as connect it to your car’s audio system via Bluetooth, AUX or USB cable. 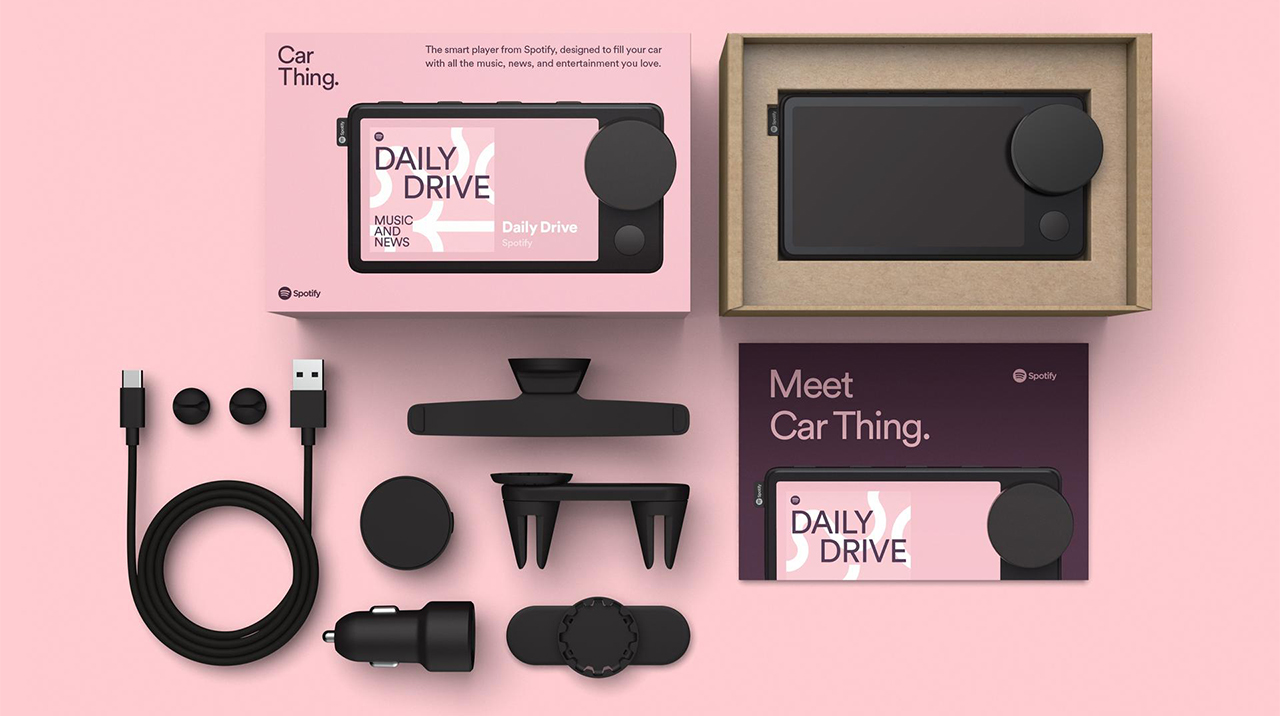 Here’s what’s included in the box with Car Thing.

While I could definitely see Car Thing being a useful option for some people, the potential audience may be tiny. Should Car Thing ever come to Canada, I’m not sure I could get on board with shelling out $100 for it when I can effectively achieve the same thing in my car with a $30 smartphone mount (not to mention my old beater doesn’t have Bluetooth or even an AUX input to connect it with).

Still, everyone’s different and some people out there may find the Car Thing a compelling option.

You can learn more about Car Thing here.

Source: Spotify Via: 9to5Mac, The Verge