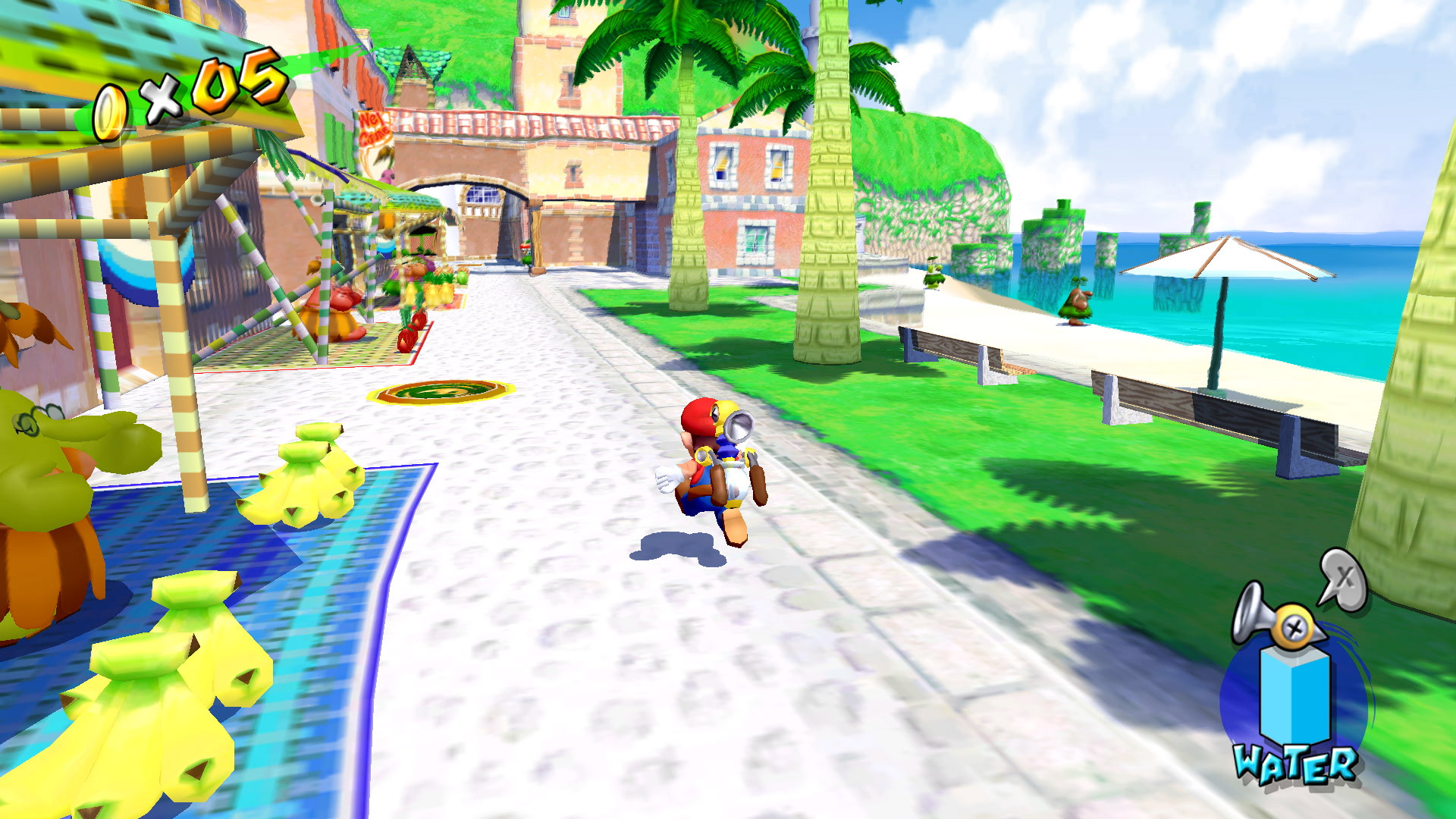 Still, it seems strange that Nintendo didn’t put more effort into these re-releases, especially 1996’s Super Mario 64, given how dated the game’s rudimentary 3D visuals look by today’s standards. In fact, the classic game doesn’t even play in widescreen and is flanked by black bars on either side of the Switch’s screen thanks to its 4:3 aspect ratio. This also isn’t the DS remake of Mario 64 that included updated visuals, improved camera controls, new characters and several additional features.

On the plus side, Super Mario 64 still plays great. Though I’ve enjoyed my time with Super Mario Sunshine and, to a lesser extent, Super Mario Galaxy, the first 3D Mario title’s platforming gameplay remains surprisingly the most compelling in 2020. Mario controls incredibly fluidly, and it’s genuinely fascinating to revisit this groundbreaking title on Nintendo’s latest handheld. The layout of classic stages like ‘Bob-omb’s Battlefield,’ ‘Snowman’s Land’ and, my favourite, ‘Jolly Roger Bay,'(remember that sunken boat?) instantly came back to me, along with the inventive and creative locations of the game’s collectible ‘Stars.’

Still, despite how great Super Mario 64 has aged, it’s hard not to fault Nintendo for putting what seems like minimal effort into this re-release. A version of Mario 64 with higher-resolution textures and increased polygon counts should have been the route Nintendo took. Unfortunately, the only visual improvement is that Super Mario 64 in 3D All-Stars runs at a 960 x 720 pixel resolution, both in handheld mode and when docked. 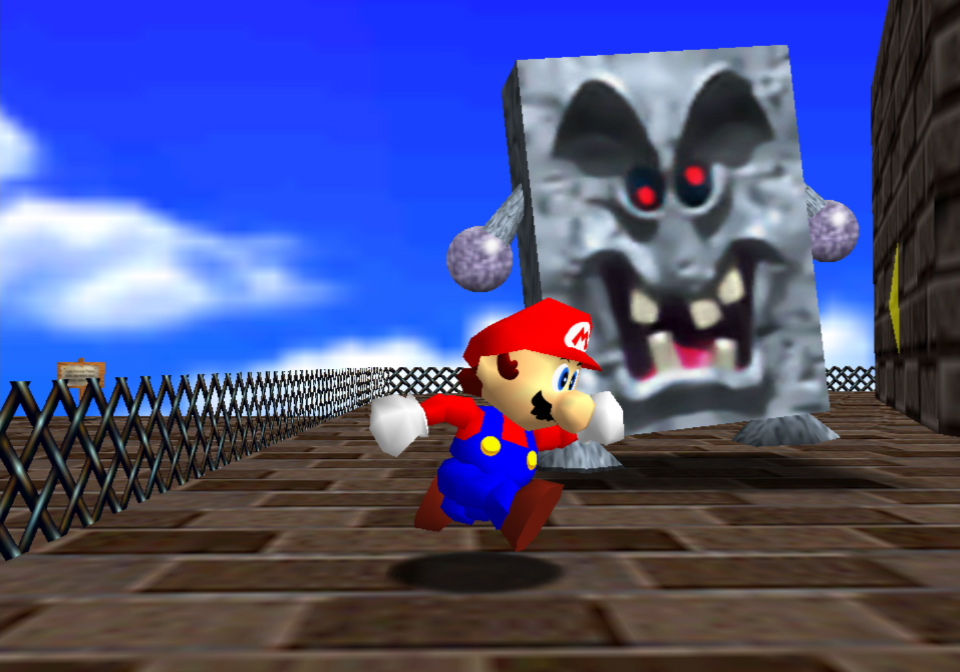 While Super Mario 64 remains a visual disappointment despite its delightful gameplay, Super Mario Sunshine is an entirely different story. Though I dabbled with Sunshine when it was first released back in 2002 on the GameCube, I only spent roughly a dozen hours with the game.

I’m shocked at how well its art style and overall visuals have aged despite Nintendo only opting to increase the game’s resolution to 1920 × 1080 pixels when running in docked mode and 1280 × 720 pixels in handheld. 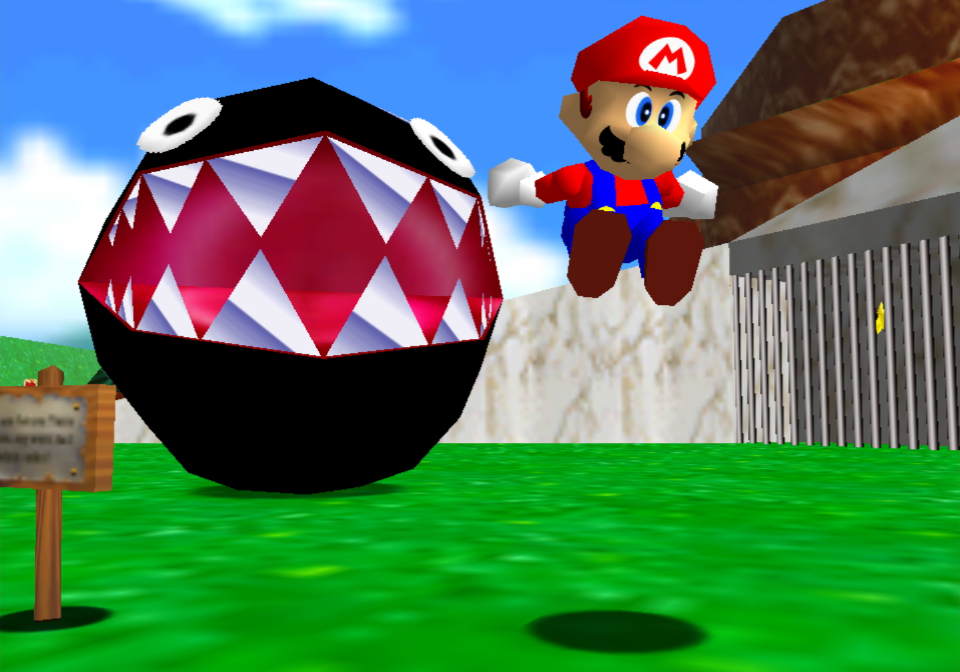 That said, the ‘heat rising’ wave effect designed to show off the GameCube’s graphical power back in 2002 looks horrible in high-definition. It’s easy to ignore in handheld mode, but when docked and on a larger display, the effect can be a little nauseating. I found that I forgot about it eventually, however. Still, it would have been great if Nintendo included an option to turn it off.

On the other hand, Sunshine‘s gameplay is a different story. 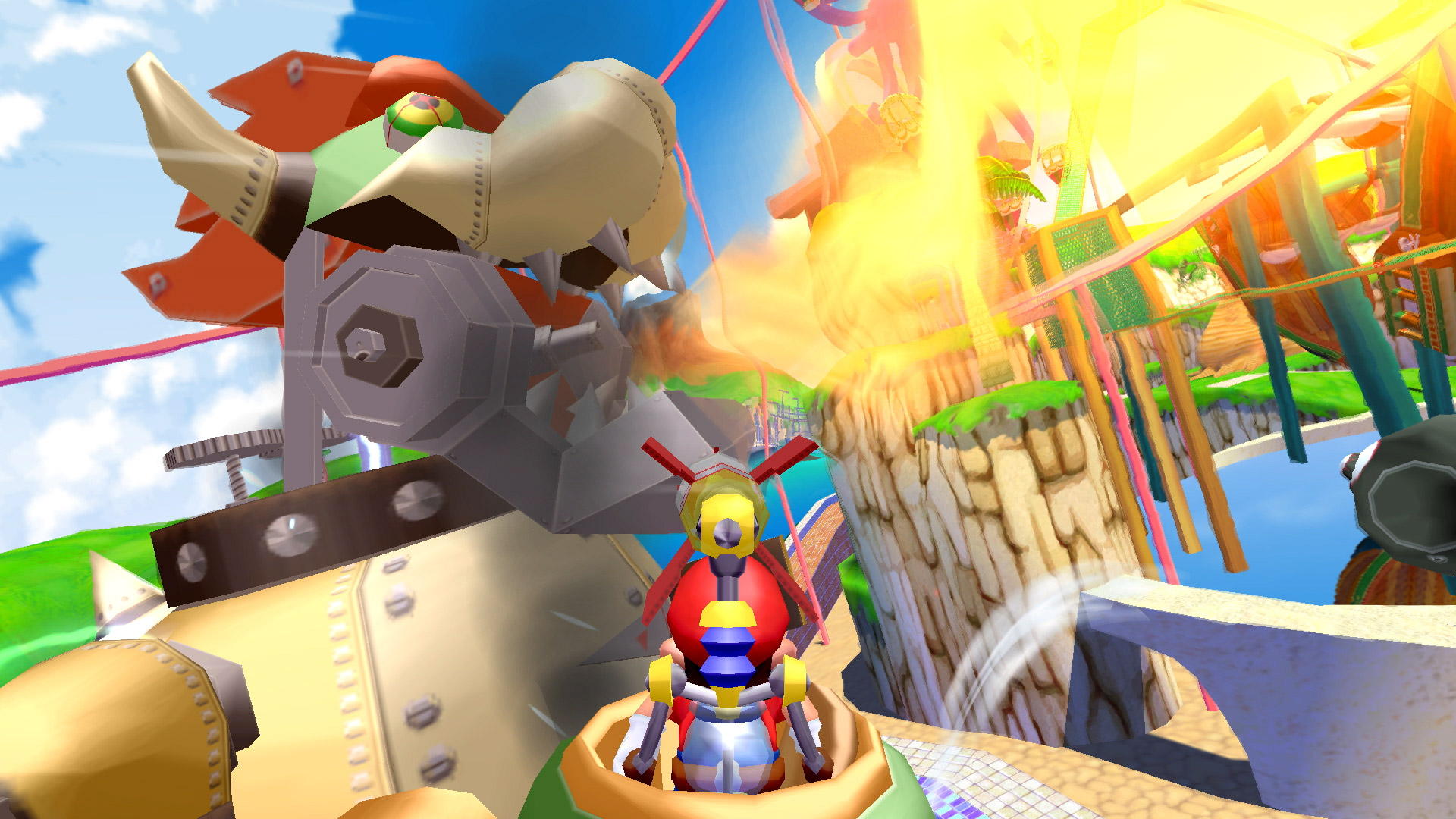 Though I thought Super Mario Odyssey was incredibly weird for a Mario title, Super Mario Sunshine is a far more out-there experience. In Sunshine, Mario is strapped with a Flash Liquidizer Ultra Dousing Device (F.L.U.D.D.) that’s basically a giant water gun on his back. While this leads to interesting, out-of-character Mario gameplay, including cleaning up graffiti spread by ‘Shadow Mario’ across the tropical Isle Delfino while hunting down ‘Shine Sprites,’ the F.L.U.D.D. water gun backpack is also restrictive in some ways.

You’re able to use the F.L.U.D.D to spray water in front of you at enemies, which sometimes requires an awkward first-person perspective to pinpoint your shots. You can also use the device to blast yourself into the air to reach ropes and other platforms. There are portions of the game where Mario ditches his water-filled backpack, but these mini platforming-focused stages don’t occur often and are usually far more difficult than they should be.

Weirdly, Super Mario Sunshine doesn’t support GameCube controllers, which is a strange move on Nintendo’s part given it re-released the gamepad along with an adapter when Super Smash Bros. Ultimate dropped back in December 2018. 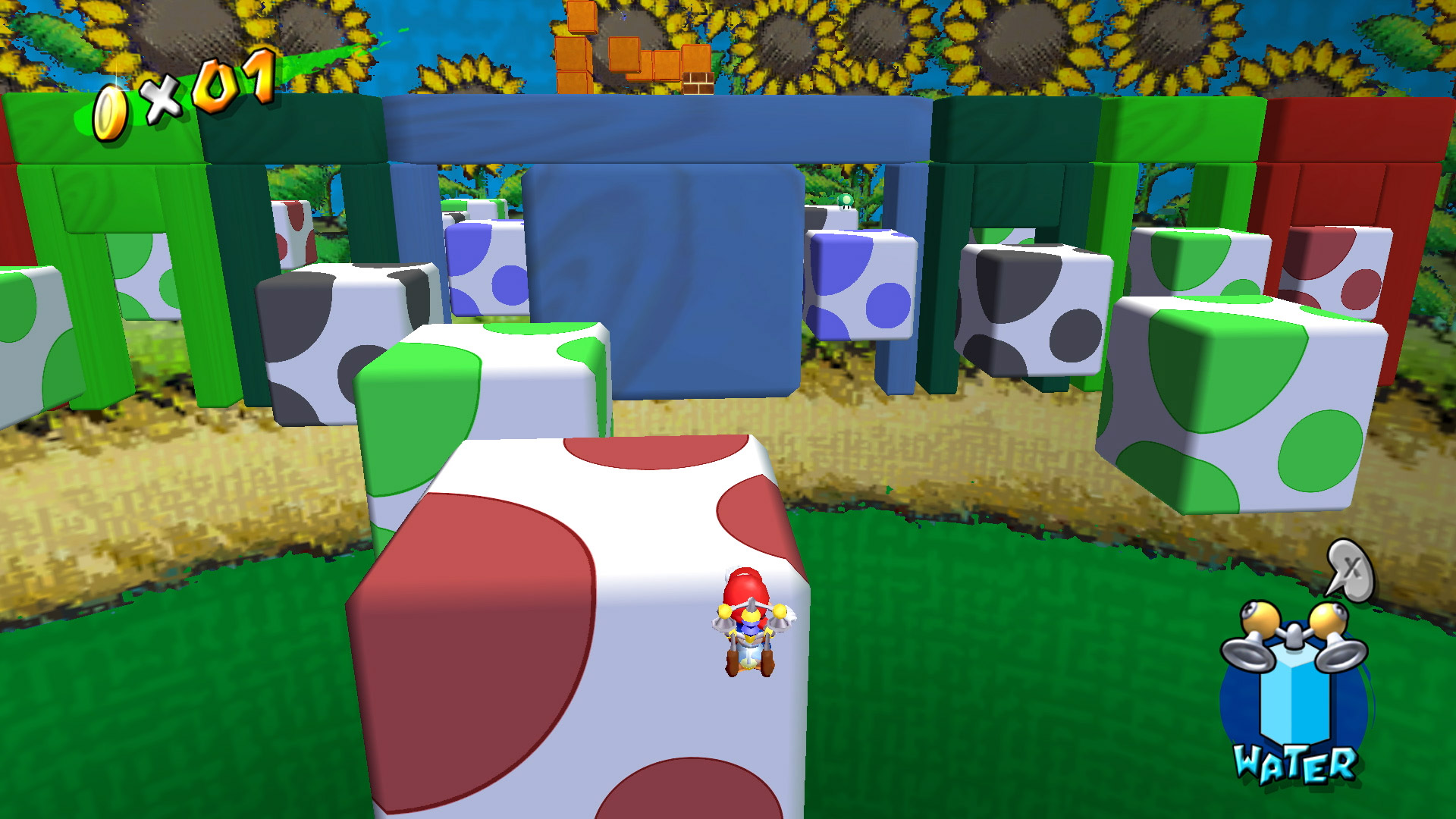 Still, something is charming about how different Super Mario Sunshine is from the rest of the Mario franchise, especially after you start to get the hang of Mario‘s ever-present water gun and several somewhat hidden moves. The HD version of Sunshine included in All-Stars offers a surprisingly compelling look back at one of the few instances where Nintendo truly took a chance with its flagship franchise.

Then there’s Super Mario Galaxy, my least favourite title included in Nintendo’s collection, despite being arguably just as well-regarded by most Mario fans as Super Mario 64. 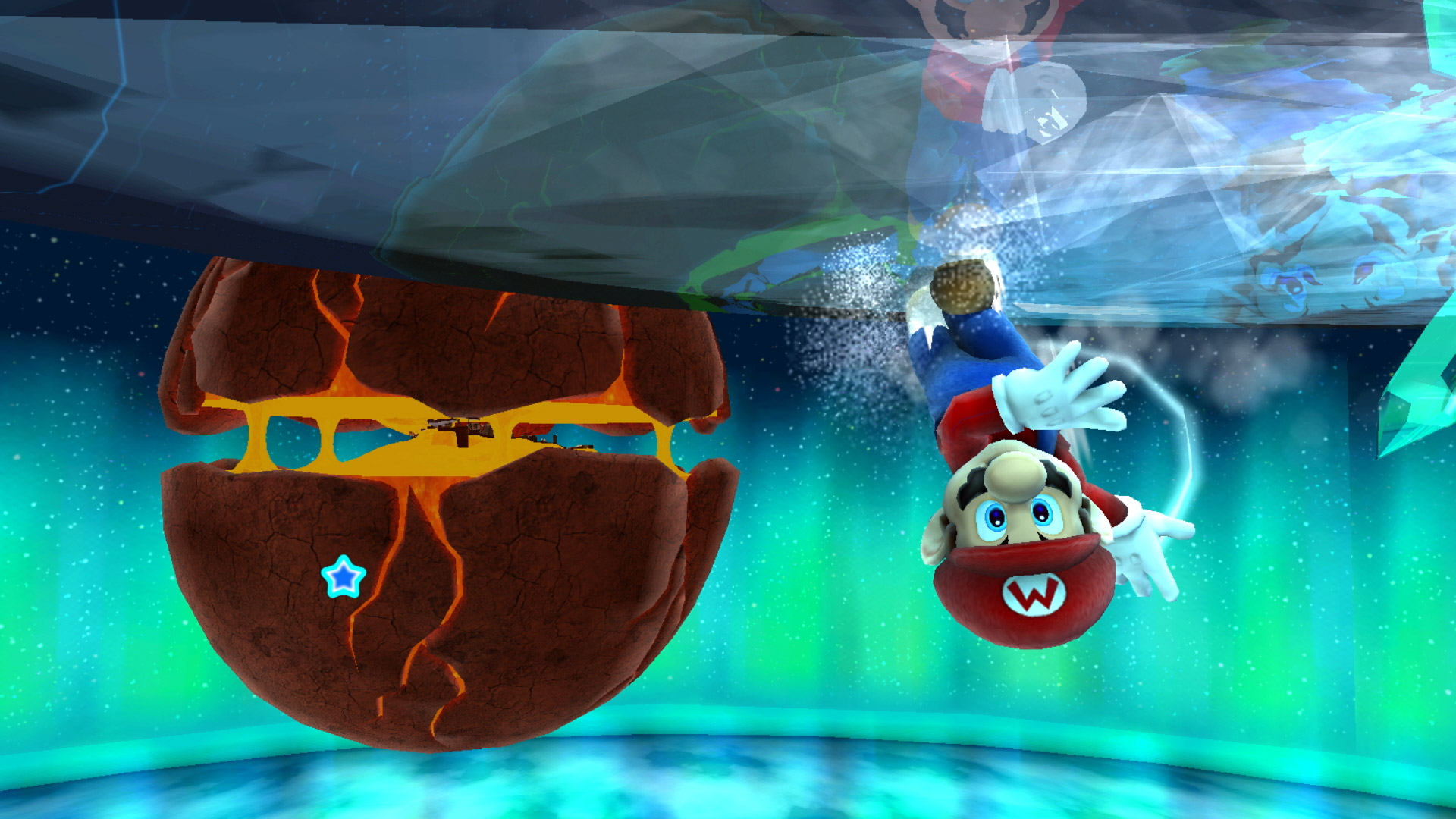 I wouldn’t say I hate Super Mario Galaxy, but I’ve just never found the mechanic of navigating circular planetoids that compelling. It’s interesting at first, but every time I’ve picked up Super Mario Galaxy or Super Mario Galaxy 2 — the latter game isn’t included in this re-release for some reason — I find myself wishing that it featured more traditional Mario platforming.

I am a big fan of Galaxy‘s 2D platforming segments, though. They’re very similar to the two-dimensional stages Nintendo included in the far more recently released Super Mario Odyssey, which were my favourite part of the game. 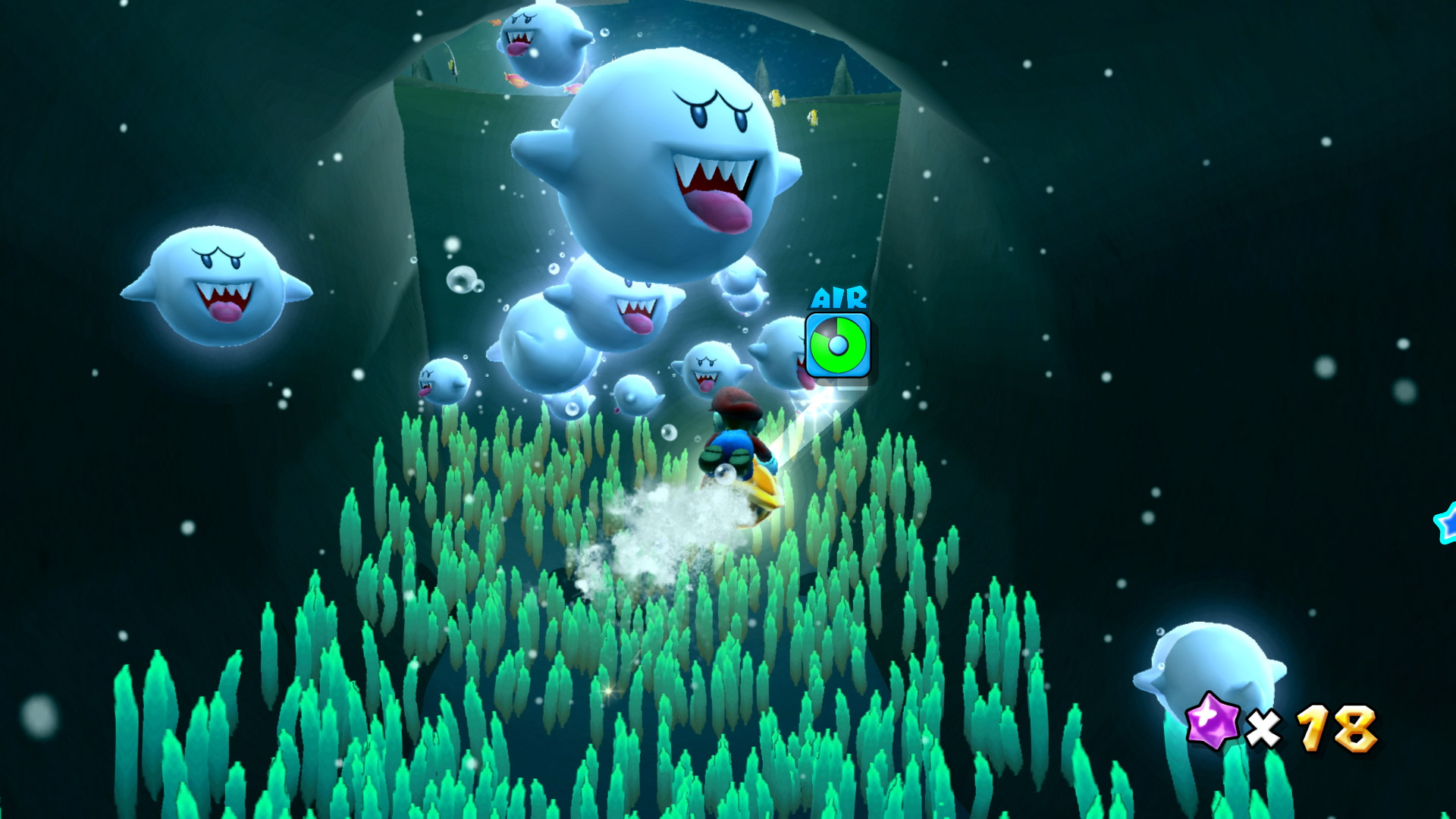 On the plus side, Mario’s actual movement in Galaxy is borrowed directly from Super Mario 64, including the long jump, somersault and wall jumps, unlike Sunshine, which feels restrictive in comparison.

The Wii Remote features in the game can be performed with either the Pro Controller or the Switch’s touchscreen. These methods of adapting the Wii title’s more unique controls work quite well. That said, since the game’s co-op requires a second Joy-Con, Switch Lite owners won’t be able to use this mode unless they purchase an additional gamepad.

Finally, as expected, since Super Mario Galaxy is the most recently released Mario title in this collection, it’s by far the best looking of the bunch. If you told me this was an upcoming Mario game coming out on the Switch in 2021, I’d believe you. Unlike Super Mario Sunshine and Super Mario 64, Galaxy’s character models and textures look absolutely stellar in HD. 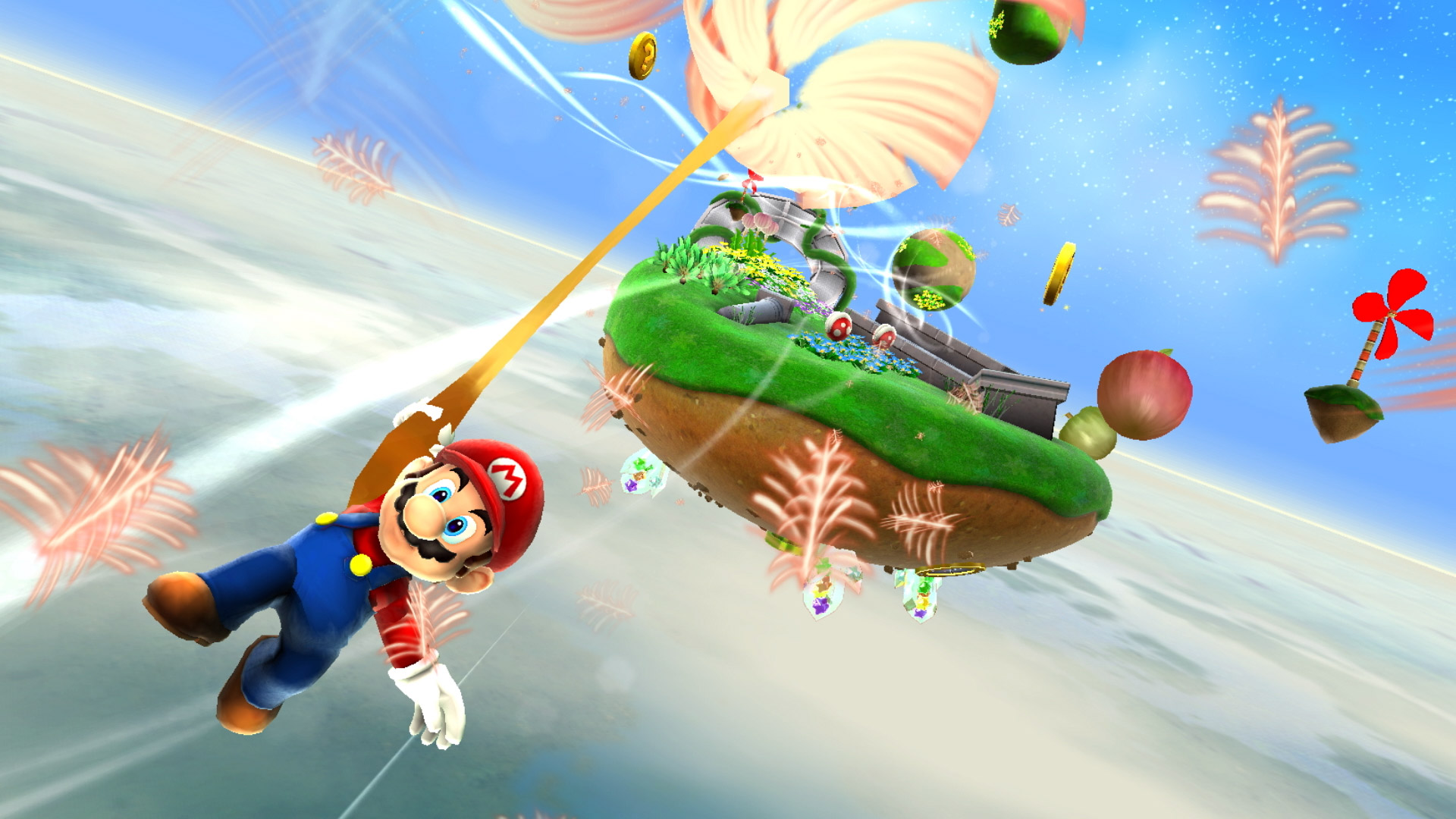 Overall, every game included in Super Mario 3D All-Stars is a solid port of a classic 3D Mario title. Still, it’s difficult not to fault Nintendo for putting what feels like very minimal effort into this collection, especially regarding Super Mario 64 and, to a lesser extent, Super Mario Galaxy. A complete remake of all three titles in the same vein as Tony Hawk’s Pro Skater 1+2 would have been far more compelling.

Super Mario 3D All-Stars releases September 18th for the Nintendo Switch. Nintendo says the game is only available for a limited time until the end of March 2021.