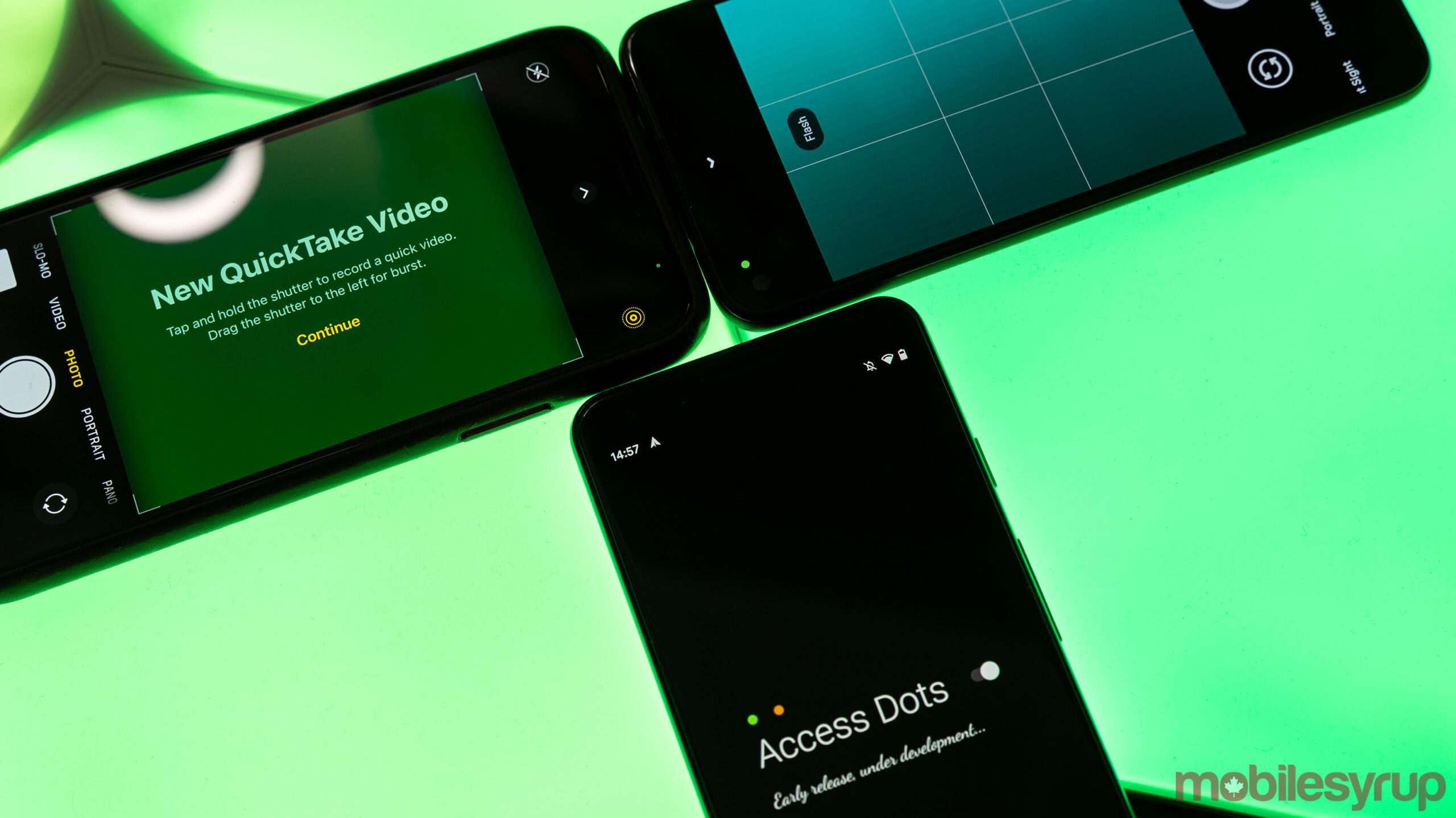 Some people like to debate whether Apple or Google implemented a feature on their mobile operating systems first. While I’ve definitely made those arguments before, when it comes to good features, I often wish these companies would copy each other more. 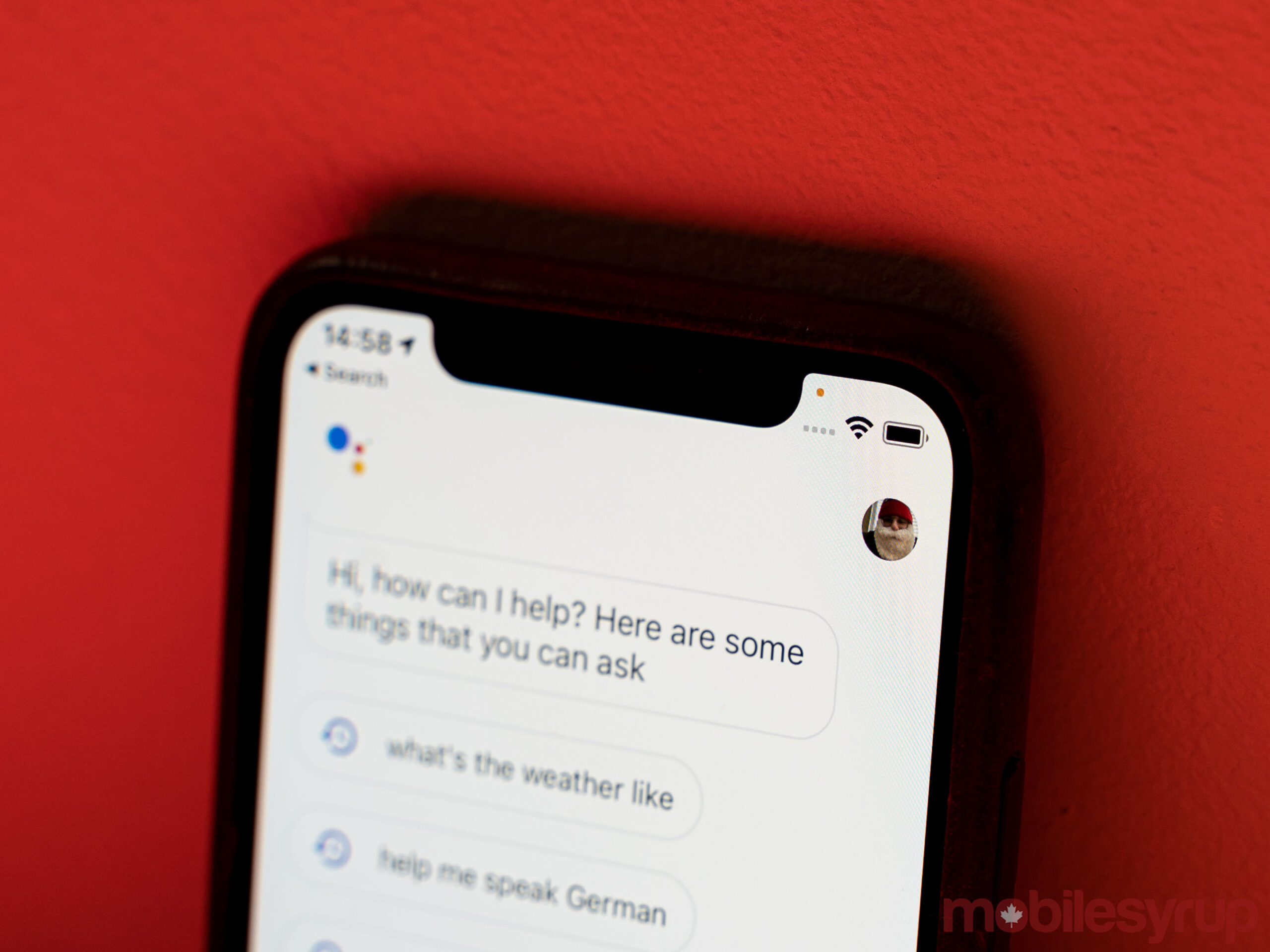 Starting in iOS 14, any app that accesses the microphone or camera of your iPhone will cause iOS to show a small orange or green dot. If you have an iPhone with a notch, you’ll see the dot on the right side of the notch near the cell and Wi-Fi signal indicators. Notchless iPhones show it in the top right.

The feature has proved a useful tool in busting apps that run the camera or microphone all the time to snoop on users. Instagram, for example, triggered the camera indicator, although it says this happened when the app wasn’t actively using the camera and it has since fixed the problem.

Android users can get a similar indicator with Access Dots 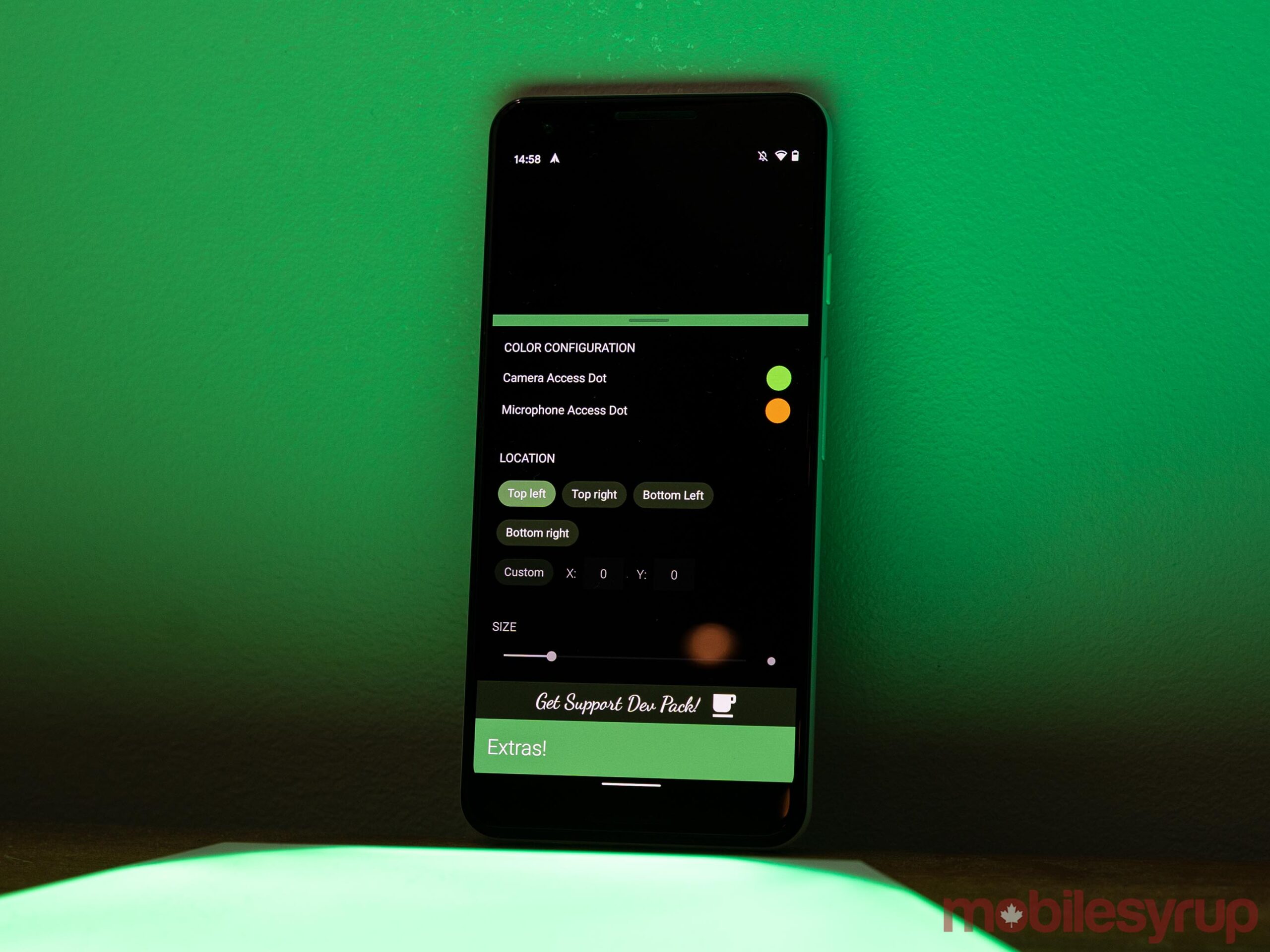 For Android users, a simple app called ‘Access Dots’ can bring a similar experience. Available for free on the Play Store, Access Dots supports Android 7.0 and up, adding iOS 14-style camera and microphone access indicators to your screen.

It’s super simple to set up. Once you download it, open the app and switch on the toggle. It’ll ask you to enable Access Dots in the Accessibility menu. A bit of information available in the menu says that Access Dots requires Accessibility so that it can display the indicator over any screen no matter the app. It stresses that the service doesn’t gather any data, nor does it have permission to use the camera or microphone. 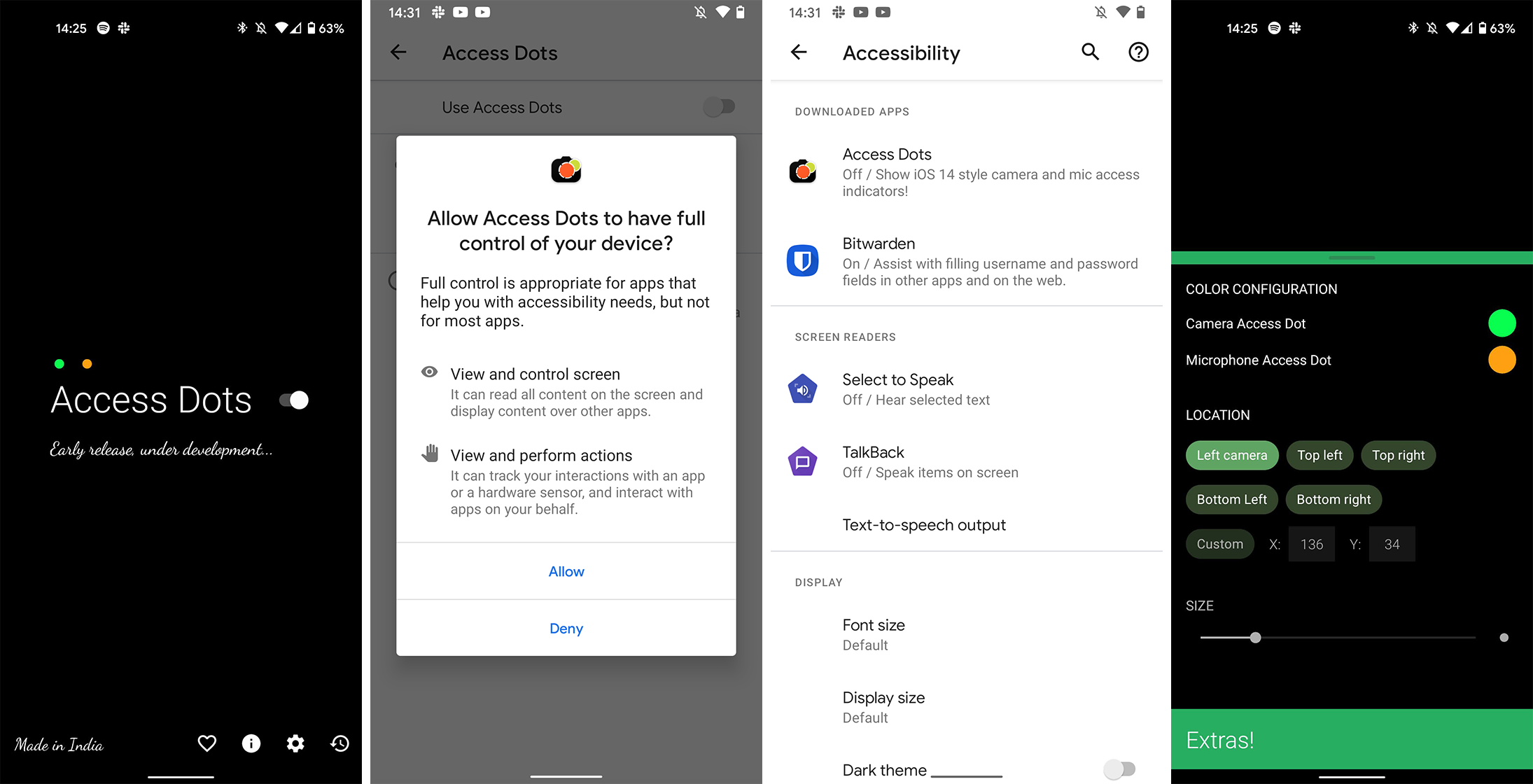 Once enabled, you can head back to Access Dots and tap the gear icon in the bottom right corner to configure some settings. That includes the dot size and position on the screen (on phones running Android 10 and up, it can automatically stick to the camera cutout too).

Some of these require an in-app purchase, however. The developer set it up as a ‘contribution’ to the product, so you can pick an amount to pay to range from $3.19 to $28.99 depending on how you want to support the project. 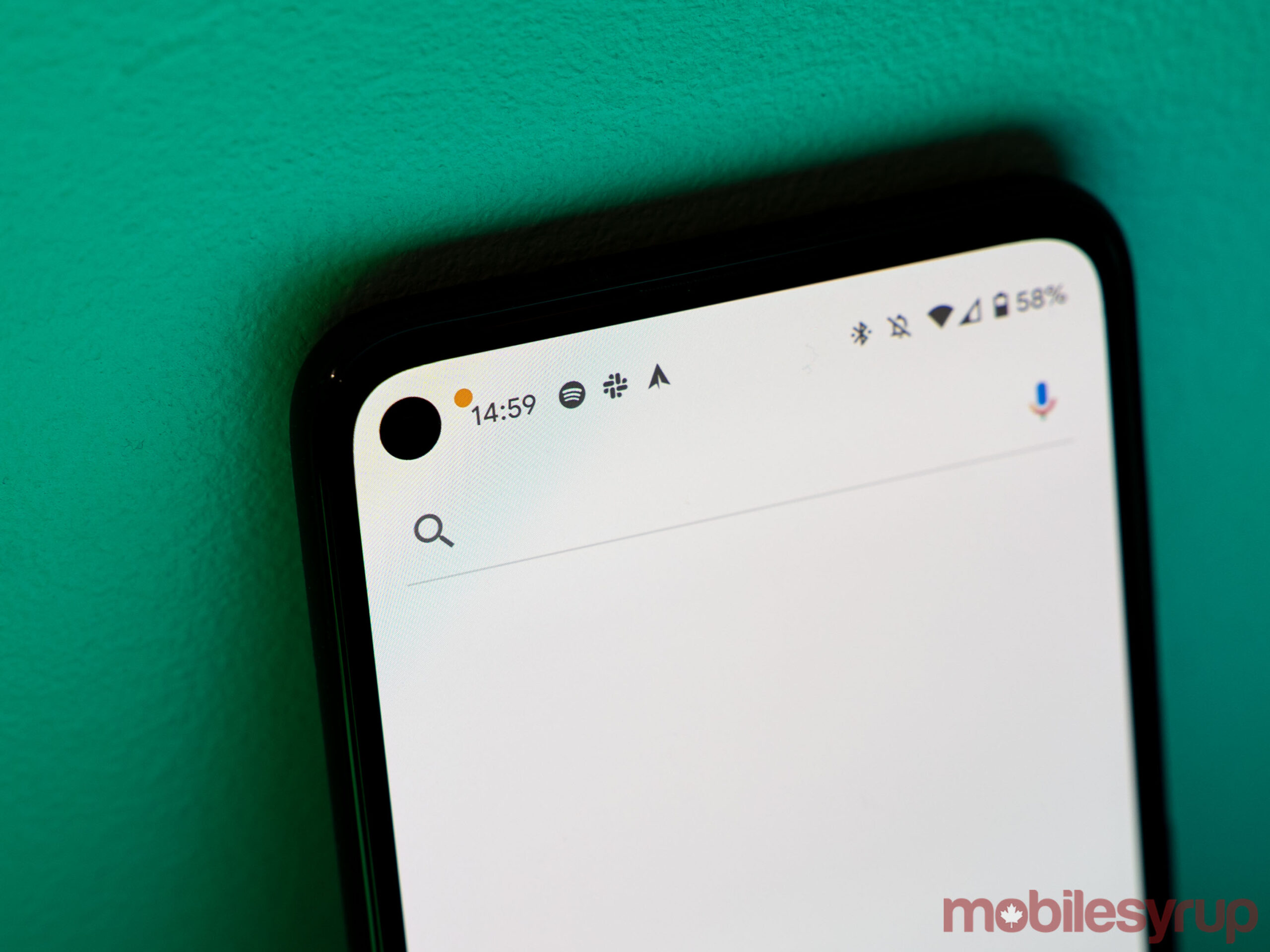 Finally, it’s worth noting that Access Dots is in beta, so it’s possible it won’t work with every Android device. Still, it’s a handy bit of software to have, and it adds a little peace of mind since I know when an app accesses the camera or microphone now. Next, we just need Android to get a clipboard notification feature like the one added in iOS 14 and we’ll be set.