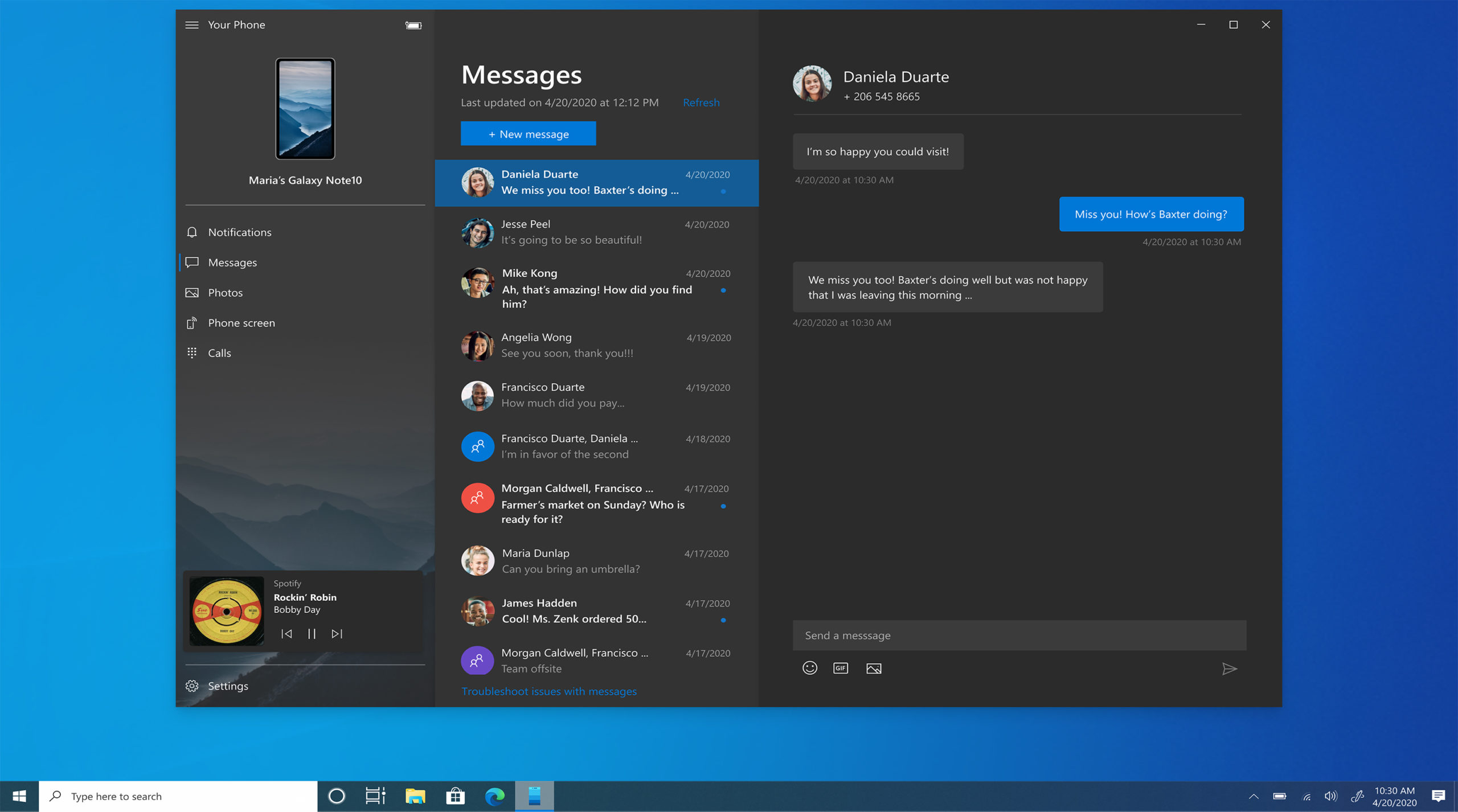 Microsoft is hard at work on some new features for its ‘Your Phone’ app, including pop-out conversation windows and the ability to copy text from images.

For those unfamiliar with the platform, Your Phone is a Windows 10 and Android application that allows users to connect their smartphone and PC. Once connected, you can see and reply to text messages, move files to and from your PC, answer phone calls and view photos from your phone. Additionally, it supports mirroring your phone screen on your Windows 10 computer.

It’s a pretty handy app for some people, although not all those features work on every Android. Because of a partnership between Microsoft and Samsung, several Your Phone features are exclusive to Samsung phones.

According to Windows Latest, Your Phone will soon offer two new features on the Windows side of the app.

Based on screenshots of the Your Phone user interface (UI) obtained by Windows Latest, the app will soon offer a button that can pop a conversation out into a separate window. Users can move the window around their desktop and resize it at will. Further, the conversation UI also features a new call button in the screenshots. 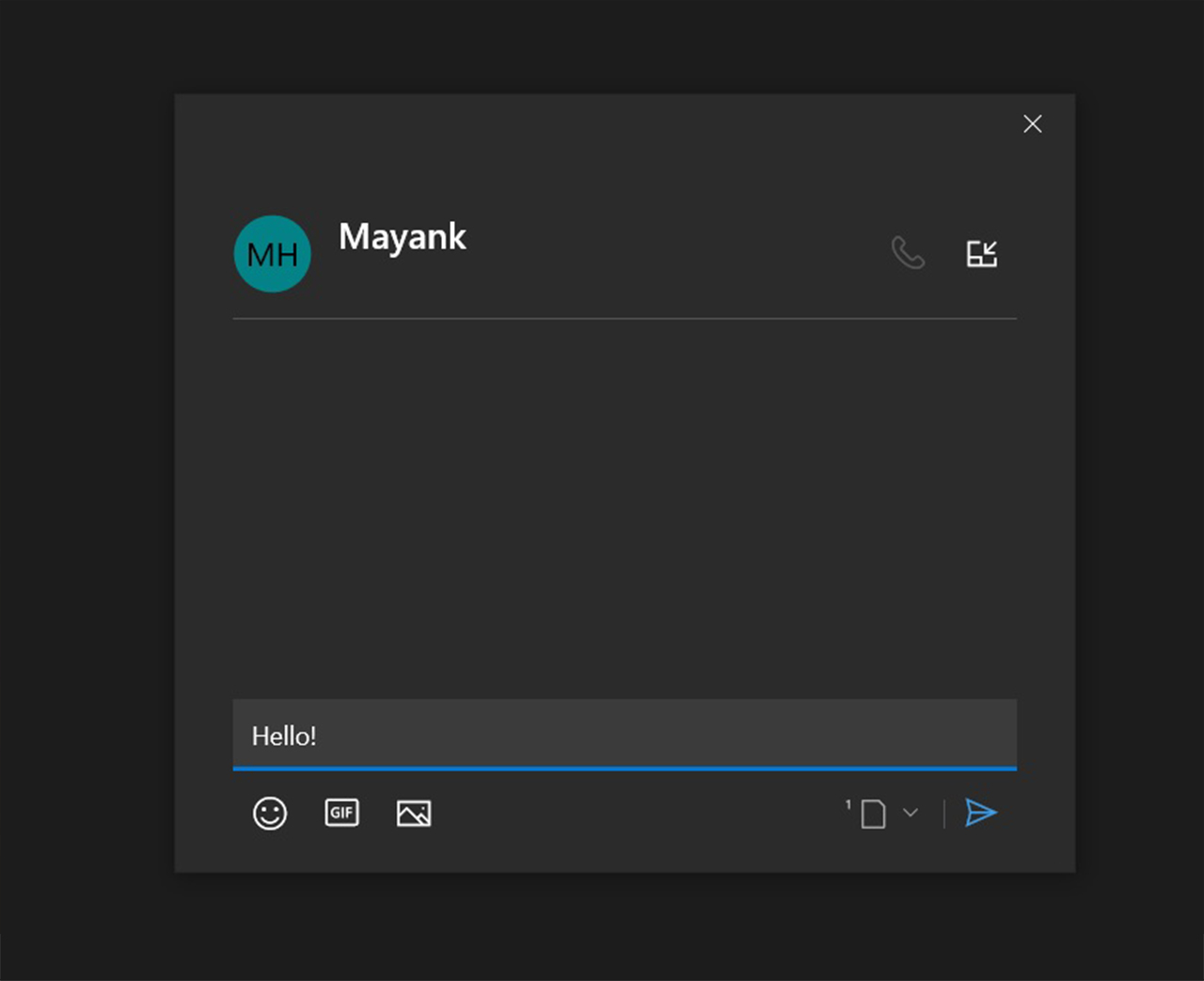 The other new feature shown in the screenshots is arguably far more exciting. The image shows a user right-clicking on a picture and selecting the ‘Copy Text from Picture’ option. While it’s not clear what exactly this does or how it works, the title suggests it will use artificial intelligence or machine learning to ‘read’ the picture and extract any text written in it.

It isn’t clear when Microsoft will begin rolling out these features, but they could arrive in a beta preview in the coming weeks. Further, it’s possible one or both features could be exclusive to Samsung phones, but considering both operate on the Windows-side of the Your Phone app, I expect both will work for all Android phones and not just Samsung phones. 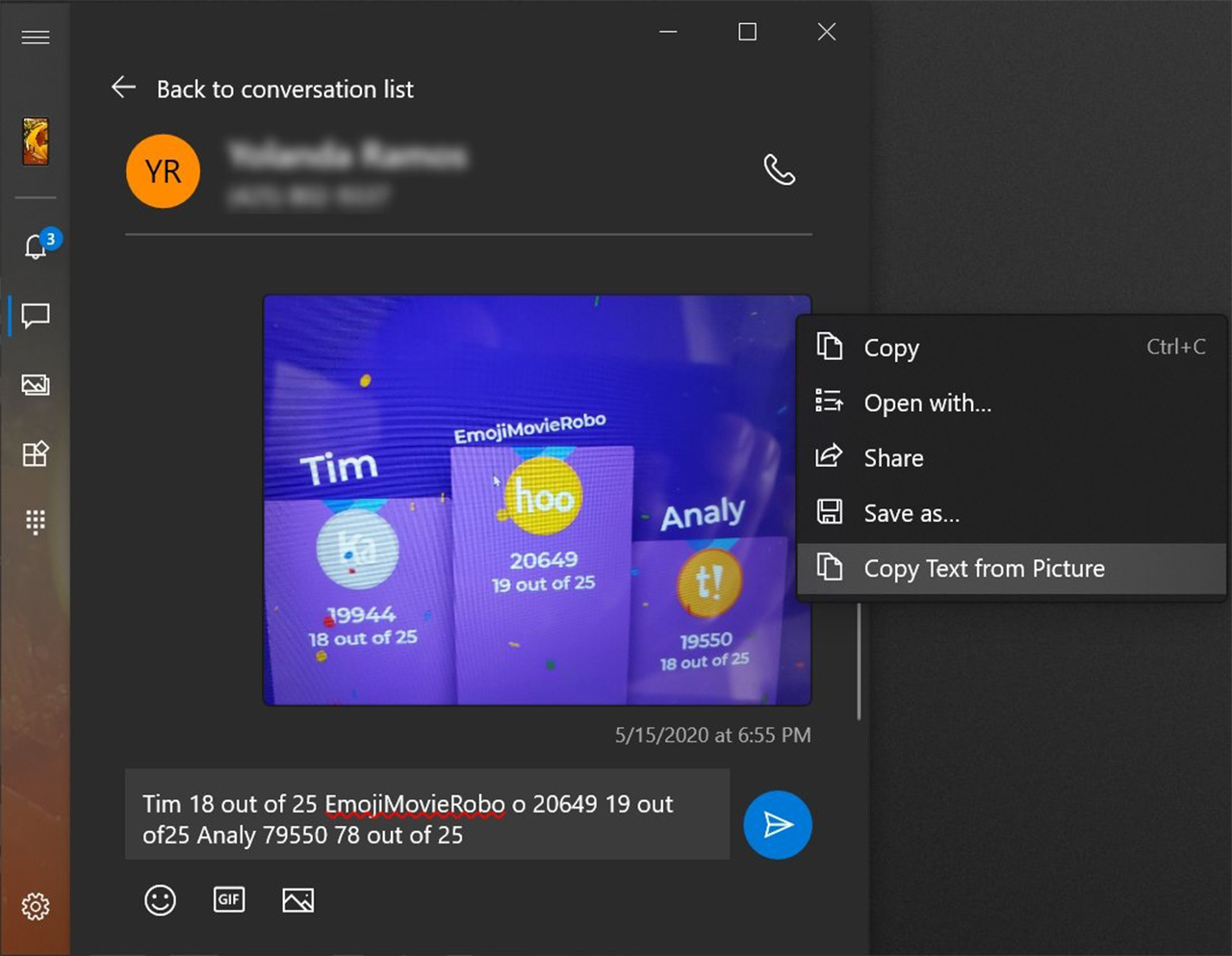 If you’re interested in using Your Phone, you can download it for free from the Play Store and Microsoft Store. iOS users, unfortunately, have much more limited access to Your Phone and can only share web links from the Edge browser.