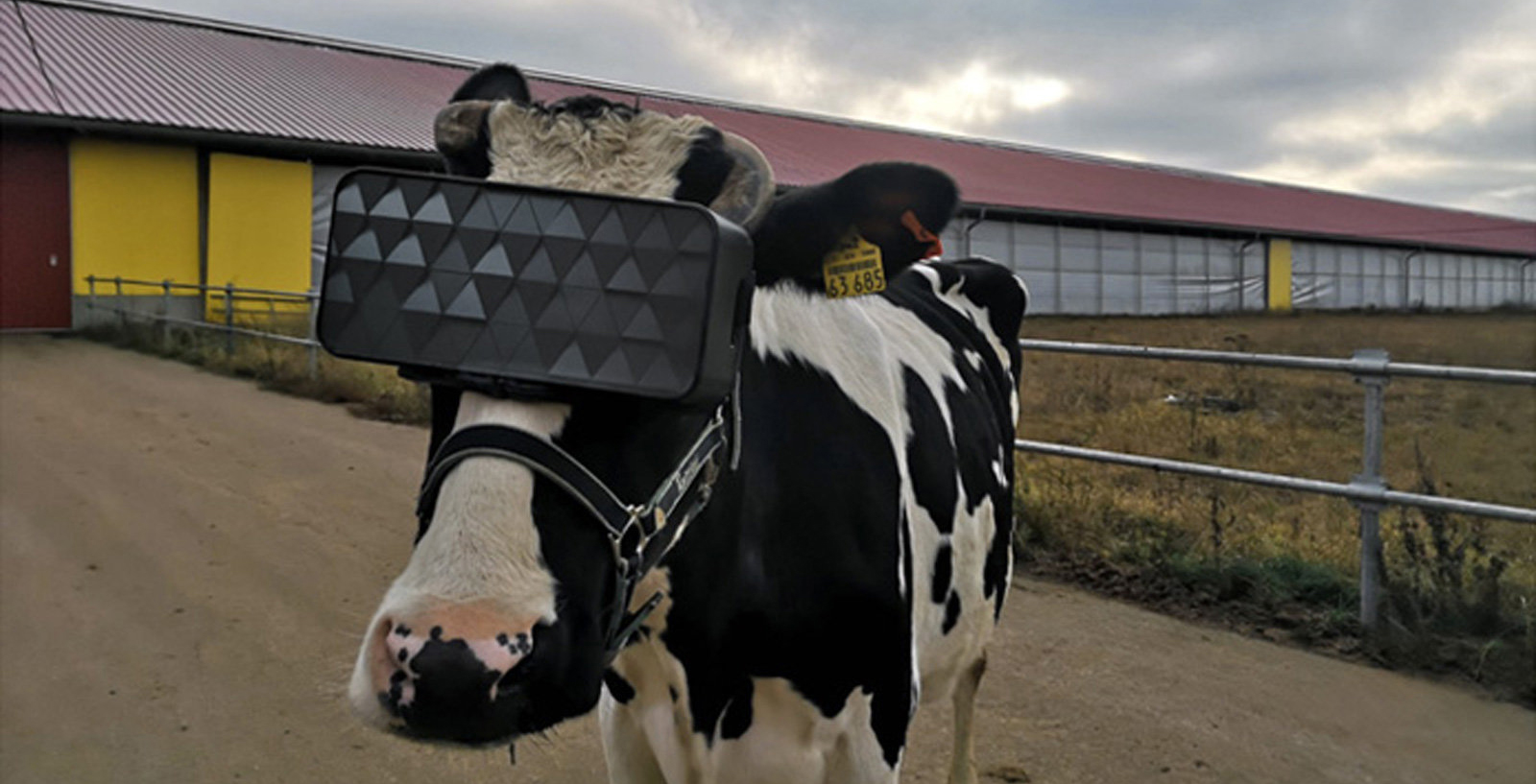 Moscow, Russia’s Ministry of Agriculture and Food has announced that a farm in the city’s Ramensky District is testing placing VR headsets on cows to determine if it results in the animals producing more milk.

Yes, you read that correctly, and no, as far as we know, the image above has not been Photoshopped.

Cows wearing virtual reality headsets could be the future of virtual reality. While the thought of a cow wearing a VR headset is undeniably amusing, there’s actually a reason behind this experiment, according to the BBC.

The RusMoloko farm’s goal is to strap VR headsets to cows that display a simulated summer field, tricking the animals into thinking it’s a different season. This means that the cows are not beta testers for Valve’s upcoming VR Half-Life game, Alyx.

“Examples of dairy farms from different countries show that in a calm atmosphere, the quantity, and sometimes the quality, of milk increases markedly,” reads a statement from Russia’s Ministry of Agriculture regarding the experiment.

At this point, it’s unclear if the tests worked, but at the very least, we now have pictures of cows wearing VR headsets that will live on in infamy on the internet for all eternity.

I have other important questions regarding this story that, unfortunately, aren’t answered by the BBC’s article. For example, what type of VR headset is this? Do cows have brand loyalty towards a specific virtual reality brand? From the image, these seem like specially designed headsets given their large size.

When the results of this test are released, I’ll be sure to update this story.