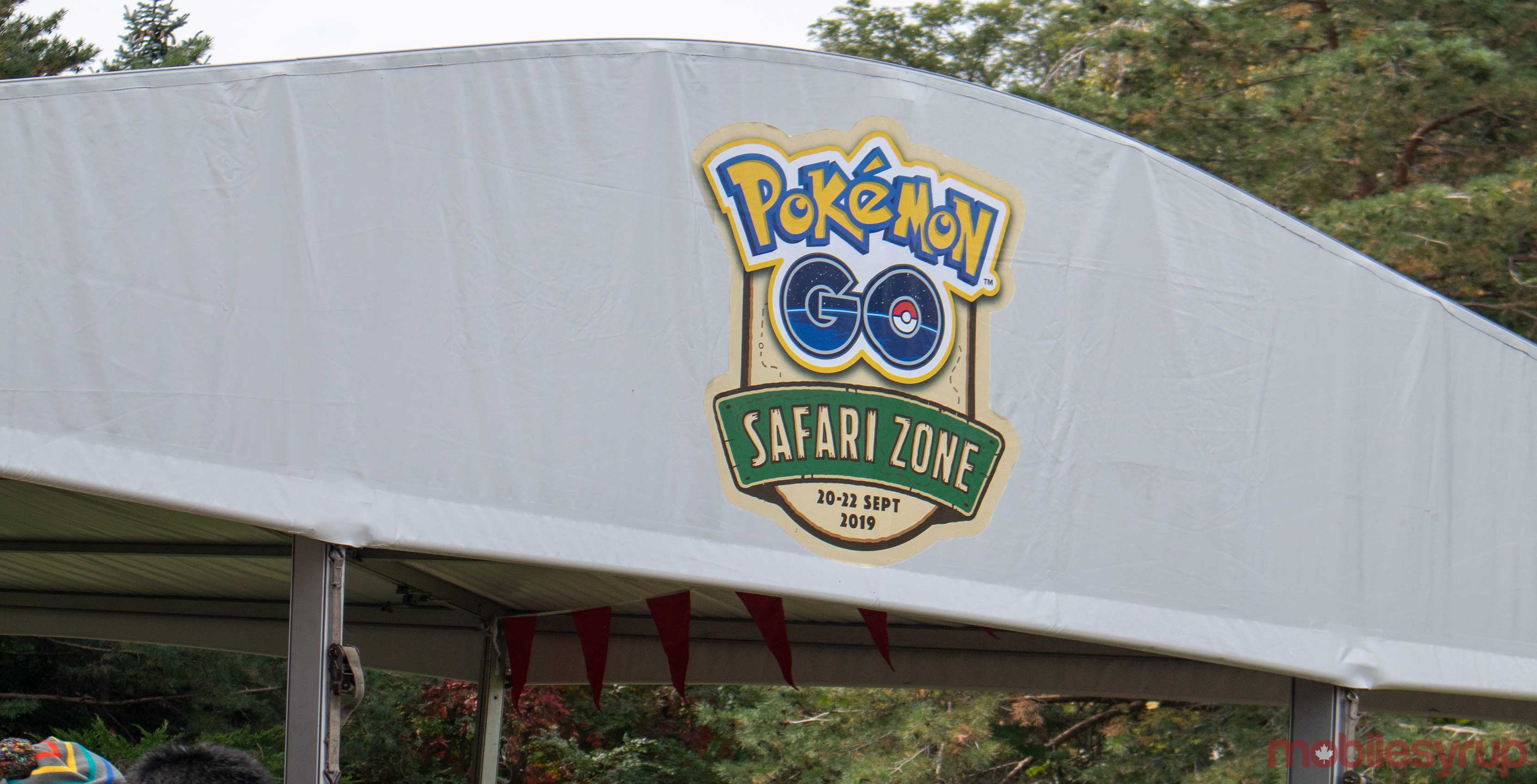 You may not know this, but popular mobile game Pokémon Go has become so successful that it holds real events all over the world each year to bring players together to catch exciting monsters that would be harder to capture under normal circumstances.

So, as the Pokémon fan that I am, I decided to head to Montreal to visit my friend Dane and see what rare Pokémon I could catch at the event.

First off, you need to buy tickets for the Safari Zone, but they’re not super expensive and cost me around $15 CAD. After you’ve bought the ticket, you’ll get a confirmation email securing your spot, which will also ask you to load a code into your Pokémon Go app.

You want to make sure you’re aware of when your tickets go on sale because CTV News says that the Montreal tickets sold out in four hours. In total, 39,000 players attended the event, according to a blog post from Niantic. 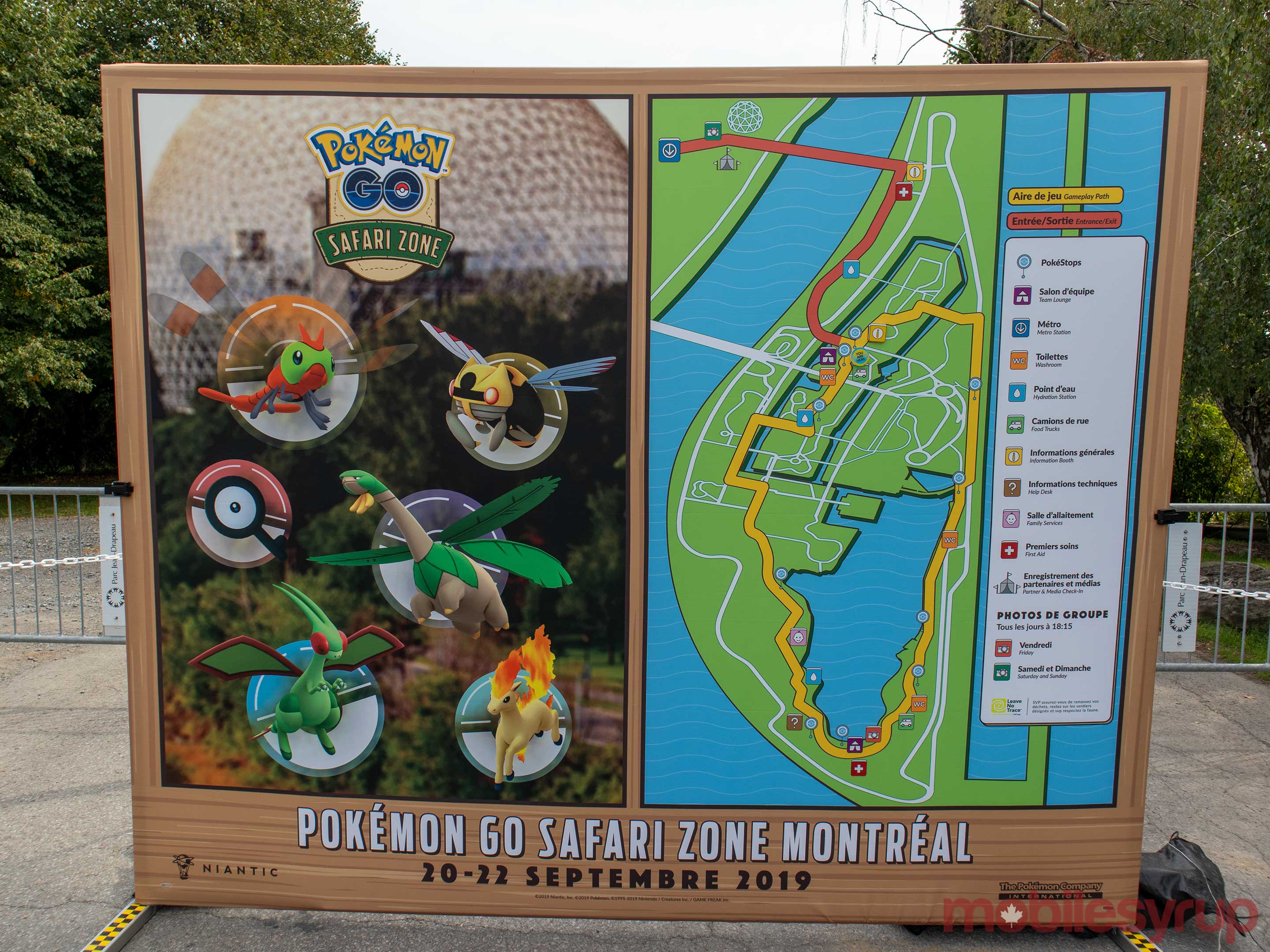 The post also says that the trainers walked a combined total of 166,000 km and caught over seven million Pokémon.

This is because there’s no front gate that scans your tickets at the event. Instead, the in-game PokéStops and rare Pokémon don’t appear until it’s your turn to enter the Safari Zone.

That means if you showed up an hour early, you could walk around Parc Jean-Drapeau, but you wouldn’t be able to play the game until your start time.

Dane and I had a slot that began at noon, and we played for about two and a half hours, so it’s unclear when your turn ends.

What’s added to the game? 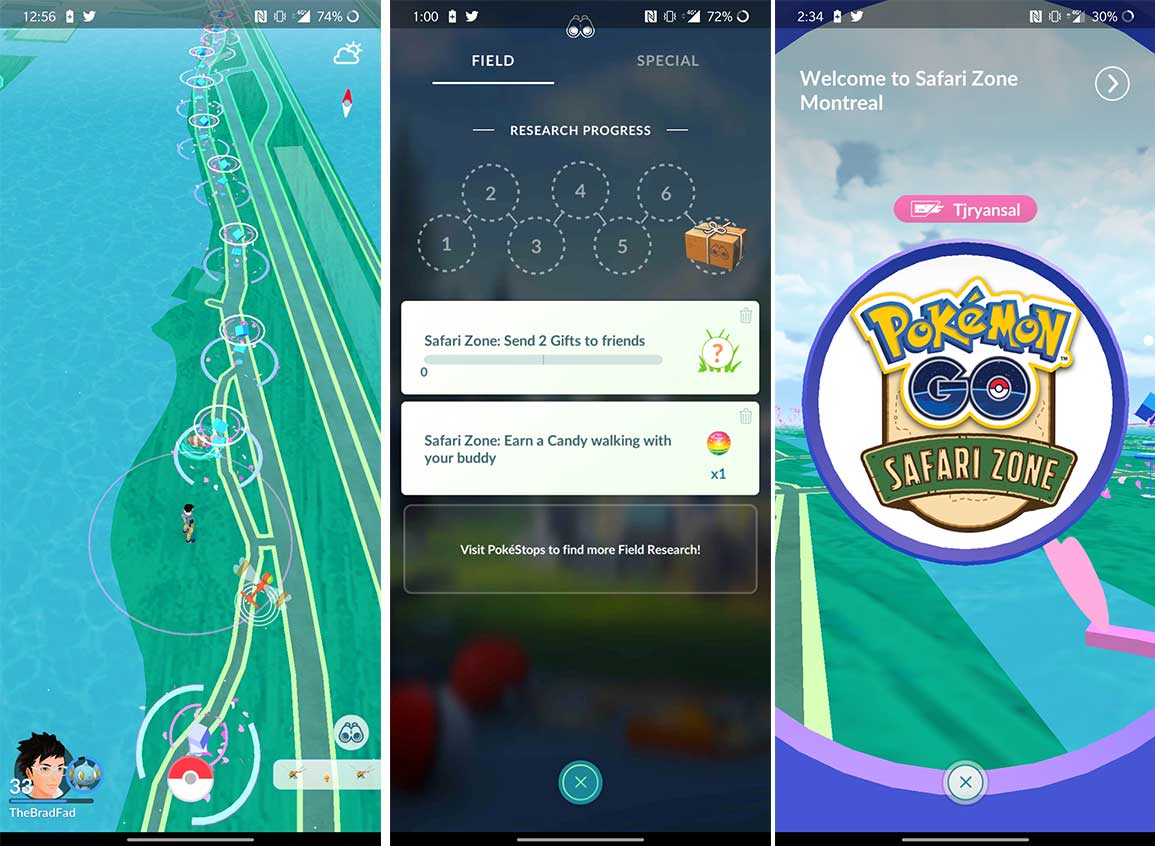 Upon arrival, the first thing you notice is the vast mass of people. There were thousands of players walking in endless lines around the park. The reason players were walking in lines was because Niantic had organized tons and tons of PokéStops around the main walking trail in the park.

There was even a handful of real-life PokéStops as well scattered around the park for players to charge their phones. 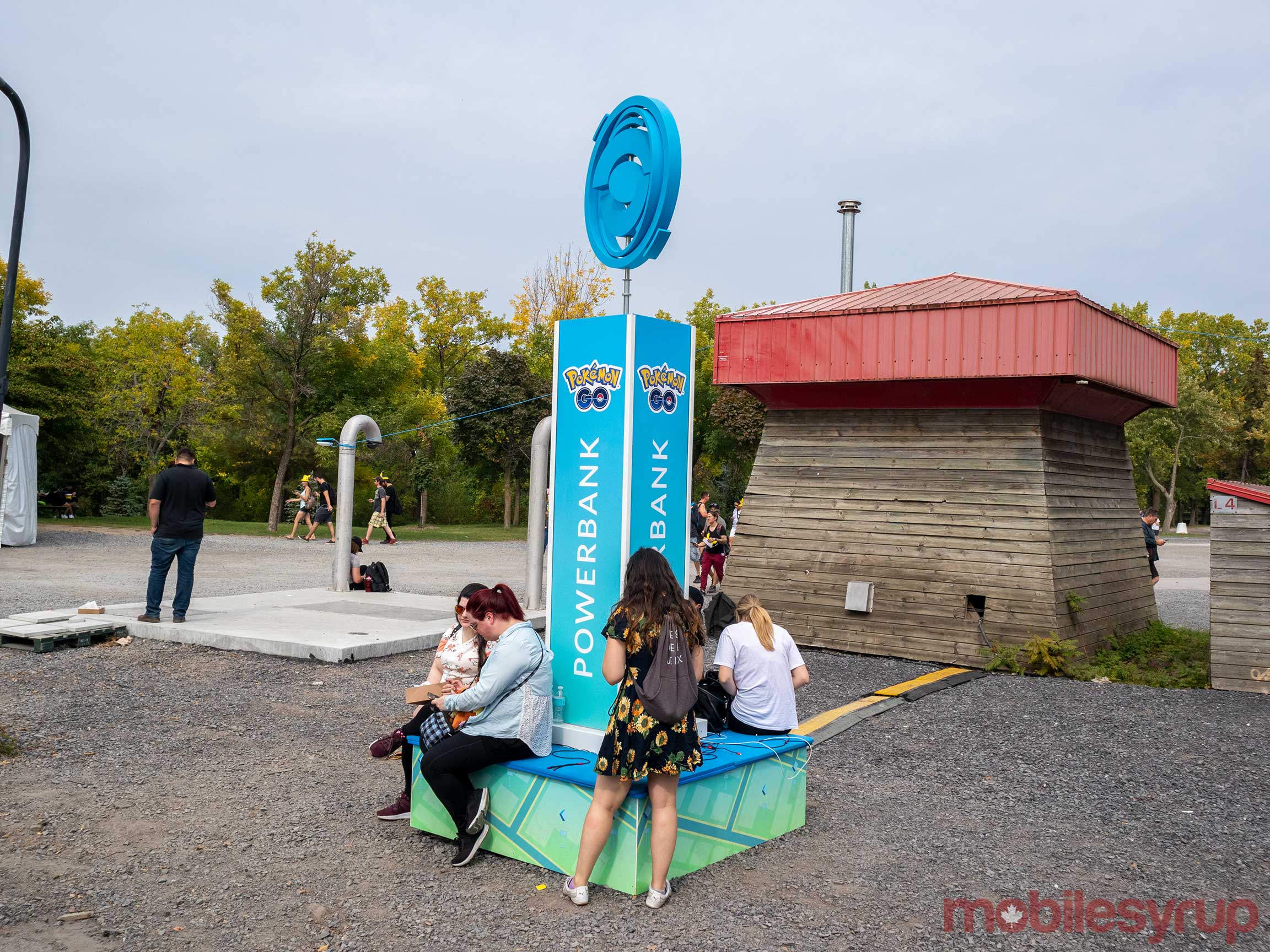 Niantic set the theme of the Montreal Zone was fast Pokémon, so players were bombarded with creatures like Scyther, Ponyta, Yanma and Trapinch, amoung others. Niantic also highlighted the thornPokémon Roselia as a nod to the Montreal coat of arms.

Since it was a Safari Zone, the rare Pokémon known as Unown were present as well. These monsters come in 28 different forms to represent the alphabet and some punctuation. There were five different letters at the Montreal Zone and they spelt out Quebec.

But wait, there’s more. Tropius, a Pokémon native to Africa, southern Spain and Crete was also present at the event. 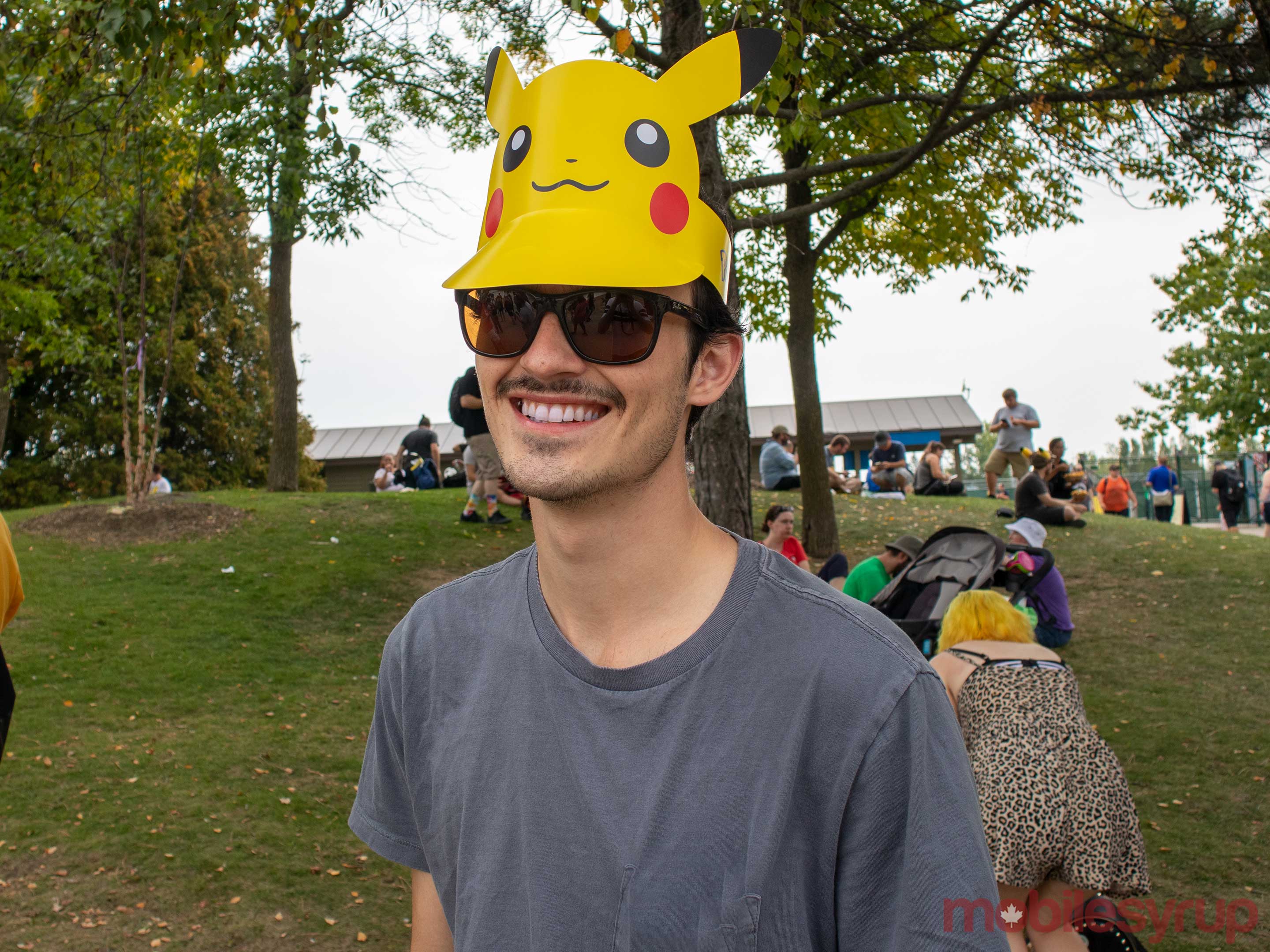 The final game-specific element worth mentioning was that Shiny Pokémon are more prevalent as well. These are ultra-rare alternative colour schemes for each monster.

During the course of our two and a half-hour run, I caught five Shinies and Dane got two. 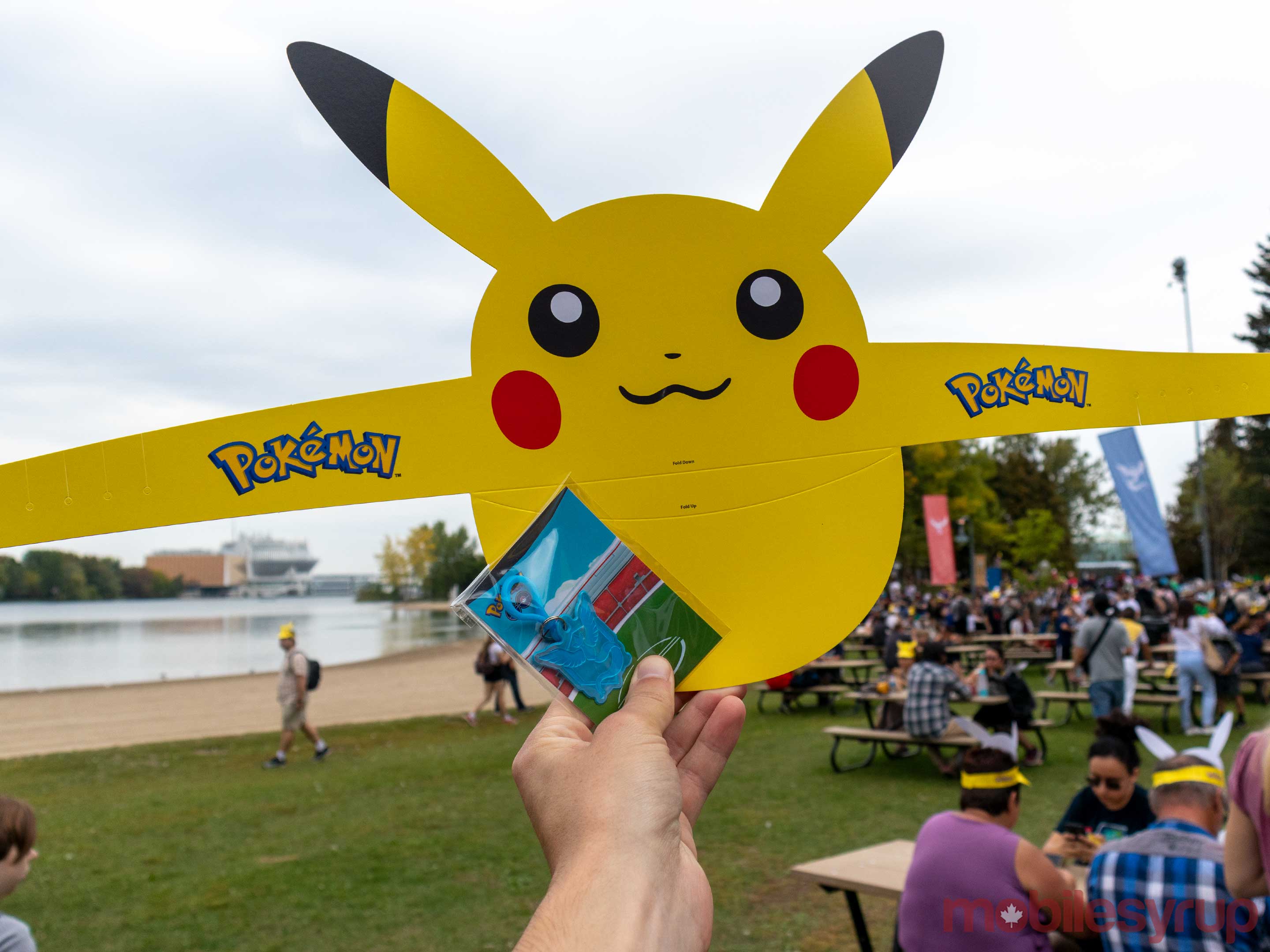 Beyond the fun extra gameplay elements, there was also some other stuff to do in the park.

There were large white tents set up for players to go and meet other people from their respective Pokémon Go teams. People were giving out keychains, paper Pikachu hats and wristbands as well.

There was a pavilion set up with five or six food trucks so players could get something to eat and certain parts of the trail even had speakers that were playing music from the game.

Overall, it was a pretty fun experience that I’d love to participate in again, and it can’t be understated how fun it is to be surrounded by people that are as enthusiastic about as game as you.