It seems like everyone wants to join the dual-screen party 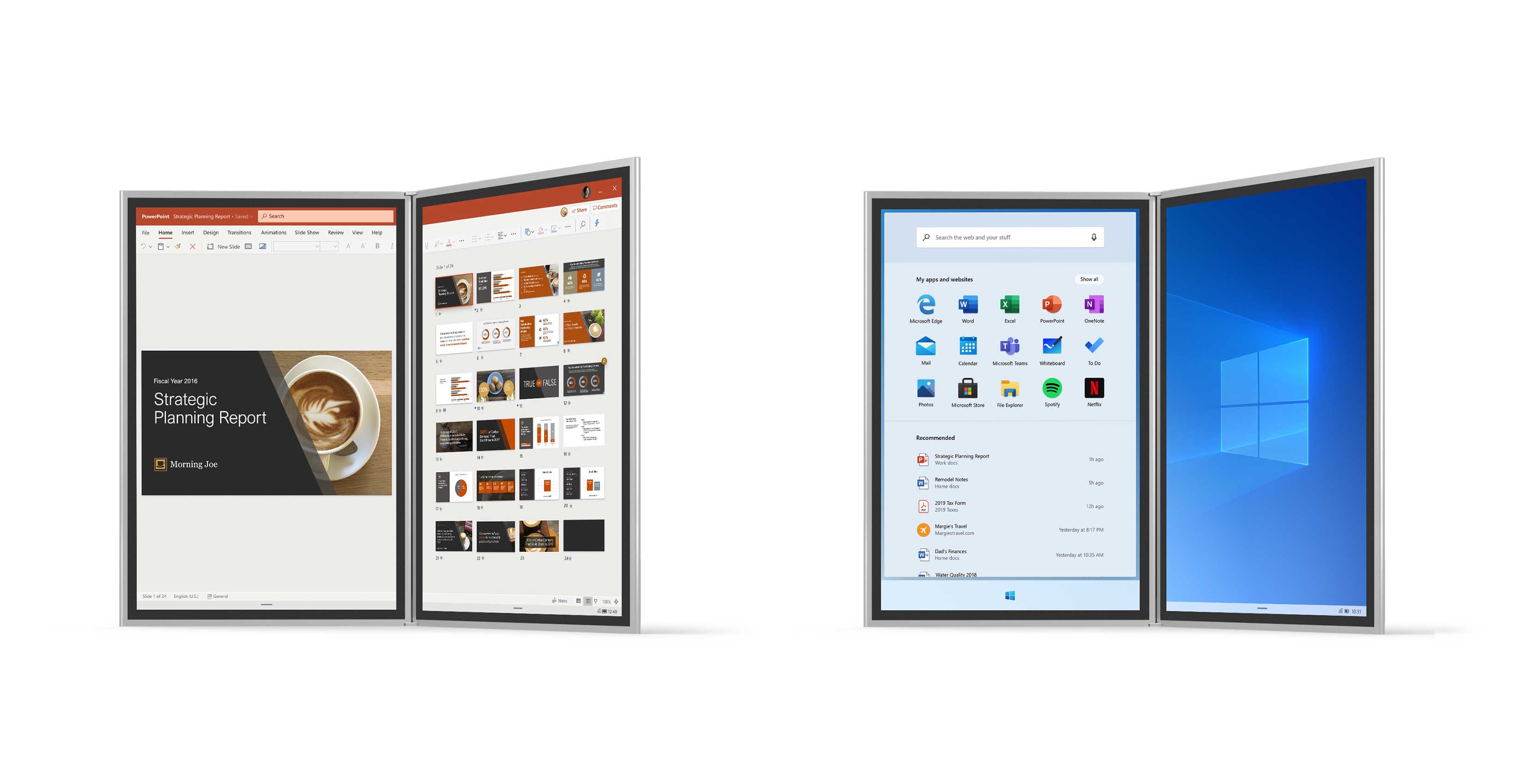 While the bulk of the release focuses on explaining Windows 10X, at the beginning the tech giant says, “a sneak peek of Surface Neo, soon to be followed by devices from ASUS, Dell, HP and Lenovo.”

Microsoft is also building functionality for a magnetic keyboard and a stylus with the Neo, so it will be interesting to see if the other manufactures add these kinds of accessories as well.

The company is refining Windows 10X to work in whatever “posture” the user wants with its multi-functional aspects. That means you can use it sideways like a Nintendo DS, upright like a book or only use a single screen like a traditional tablet.

Microsoft also highlights how handy it is to have two screens attached to one device. Anyone that uses multiple screens with their laptop or PC can relate to this, having a second screen lets you work on one screen and read information on the other.

The Seattle-based tech giant is also working to make sure that Windows 10X feels familiar to people who already use Windows 10. Ideally, this will help reduce the learning curve so people can pick up a Windows 10X device and use it.

Microsoft says that it’s going to release the operating system in the fall of 2020. It will be followed by a range of devices from ASUS, Dell, HP and Lenovo. “The first wave of devices will vary in size, design and specs, and be powered by Intel,” states the company’s press release.