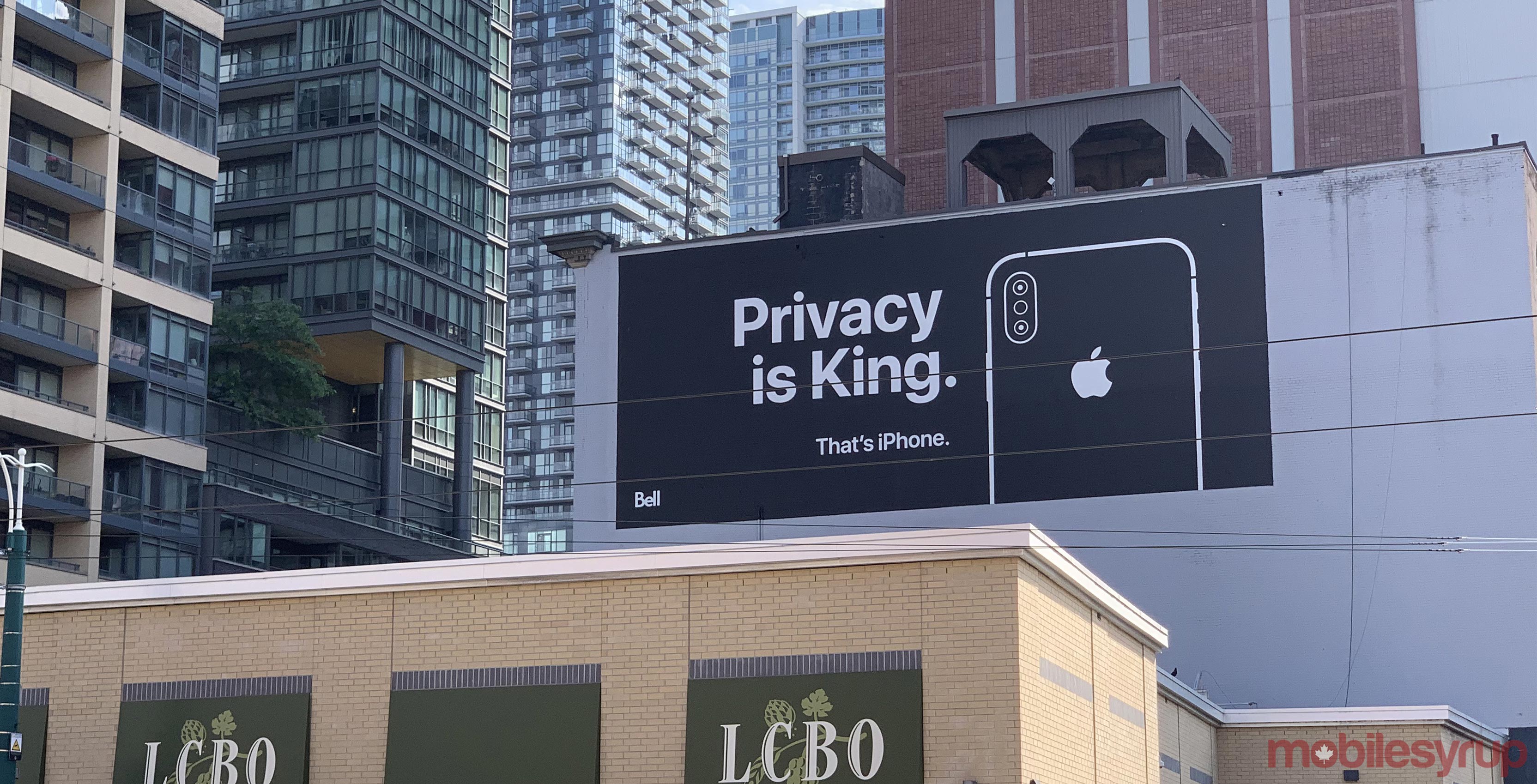 Apple has put up two privacy-focused billboards in Toronto that bear a striking similarity to the ads the tech giant erected during CES 2019.

The first billboard, which is actually handpainted, is located on the corner of King and Spadina in Toronto (pictured above). It reads ‘Privacy is King,’ which in itself is the joke given that the ad is located on King Street.

Oh I get it. It’s because it’s on King Street pic.twitter.com/3s8dCD6xC4

The other billboard, situated across the street from Alphabet-owned Sidewalk Labs along downtown Toronto’s waterfront, says, “we’re in the business of staying out of yours.” This expertly placed billboard likely wasn’t an accident on Apple’s part given the privacy concerns surrounding the city’s Quayside development.

The project aims to use a wide variety of sensors to measure residents’ movements to learn how to design better streets, transportation and even buildings.

The main controversy surrounding the project is who has access and control to this data.

New Apple billboard outside Sidewalk Toronto HQ: “We’re in the business of staying out of yours.” pic.twitter.com/I24iAxkXzZ

Given the recent controversy surrounding Facebook and the Cambridge Analytica scandal, Google with its now-defunct Google+ service and voice-activated assistants like Alexa and Google Assistant in general, it’s not surprising that Apple is pushing its focus on privacy as a key differentiating factor.

Apple CEO Tim Cook has repeatedly spoken out about tech giants that utilize user data in various ways, as well as called for more regulation surrounding privacy. The company also recently took steps to improve privacy in its devices, including iOS 13’s ‘Sign-in with Apple.’