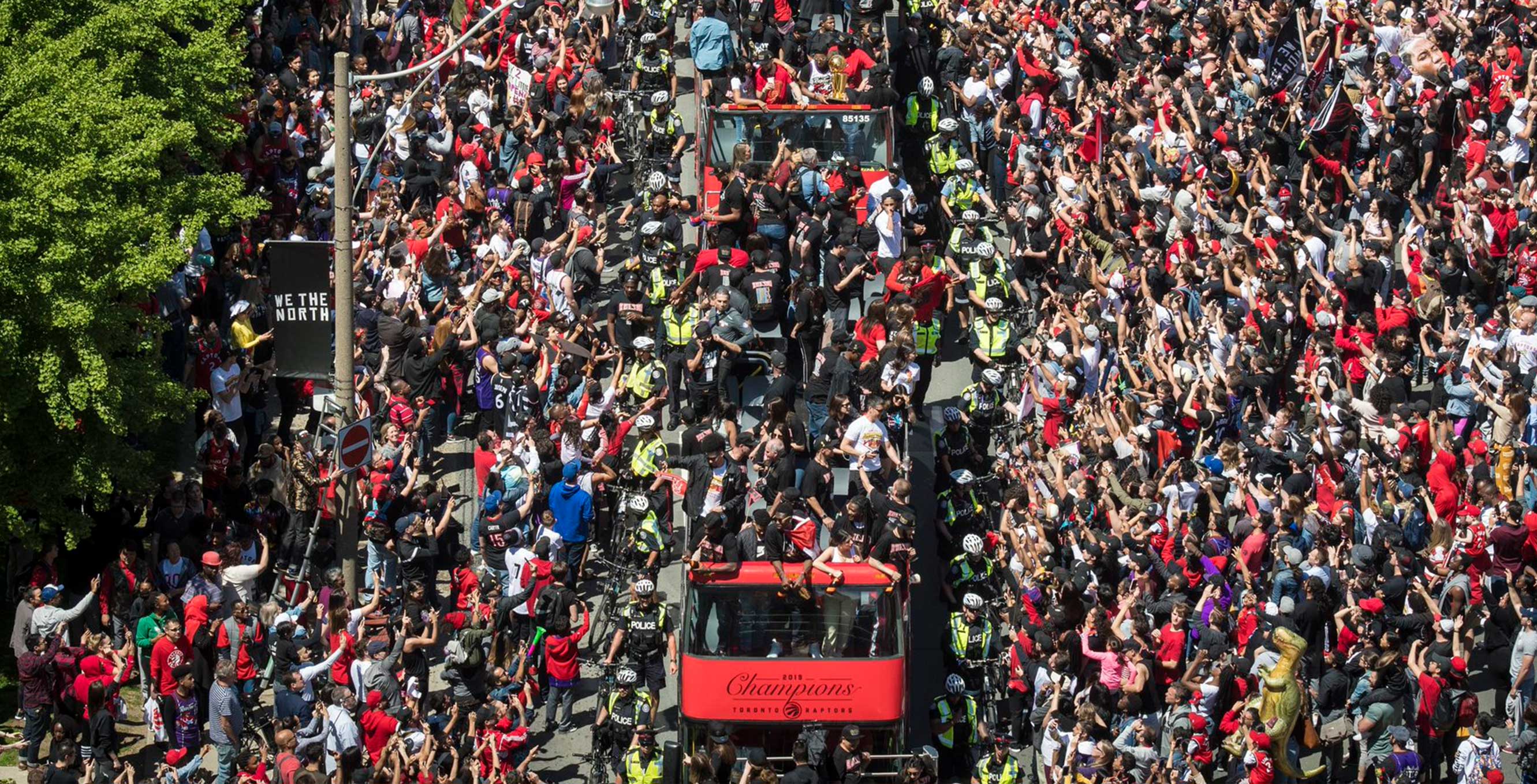 In a series of tweets, Bell shared some pretty crazy statistics about how many Canadians watched the Toronto Raptors parade yesterday.

Overall across all networks, not just Bell’s, 9.5 million Canadians watched the parade. That number doesn’t include the estimated two million people watching the parade in person.

5.7 million Canadians watched the parade across Bell’s CTV, TSN, CP24 and CTVNews, according to one of Bell’s tweets.

The average audience of Bell’s was about 954,000 viewers between 10 am to 4:24 pm ET. The average viewership across all networks was 1.8 million.

The Toronto audience for CP24 was up 120 percent for the day compared to what it usually is on an average day.