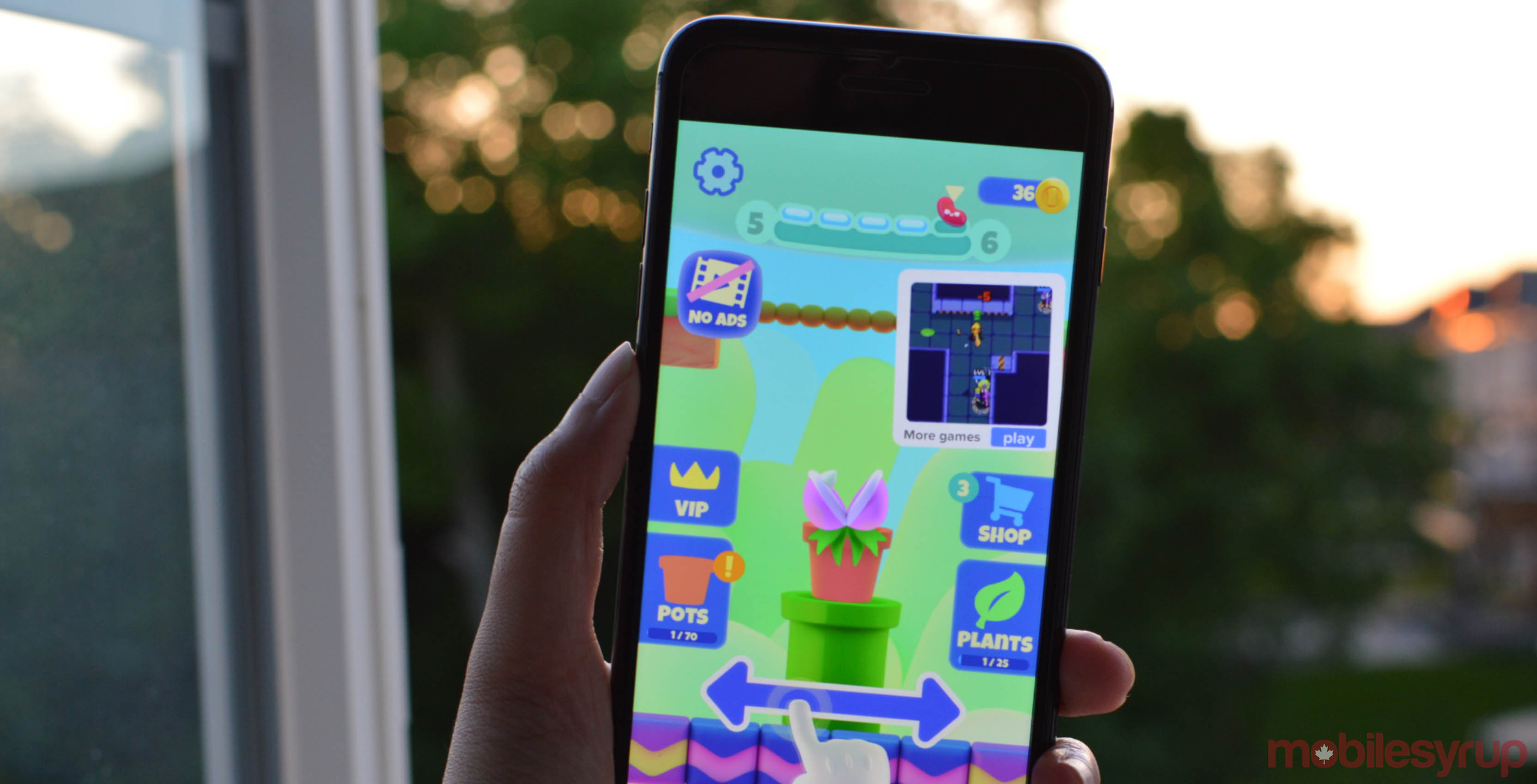 Nom Plant, developed by Lucky Kat Studios, is a recently released intuitive game that challenges you to grow your plant by using your finger to swipe through obstacles that prevent it from growing.

When you start the game, you’re given a standard plant that you need to feed by collecting coins and treats as you navigate through an upward maze filled with bugs and other obstacles. The challenge is to see how far you can get your plant to grow without running into a spike or bug.

This is the kind of game that’s perfect for playing on the subway to shut off your mind for a bit. It’s also addictive because each time your plant dies, you’ll likely want to challenge yourself to see how much further you can get next time.

Once you start playing, your plant’s pot will disappear. If you see an enemy, such a ladybug, you can get your pot back and drop it on the ladybug to get more points.

When you play Nom Plant, you’ll get a friendly robot sidekick that will appear and give you tips and tricks to get more coins and unlock more plants. 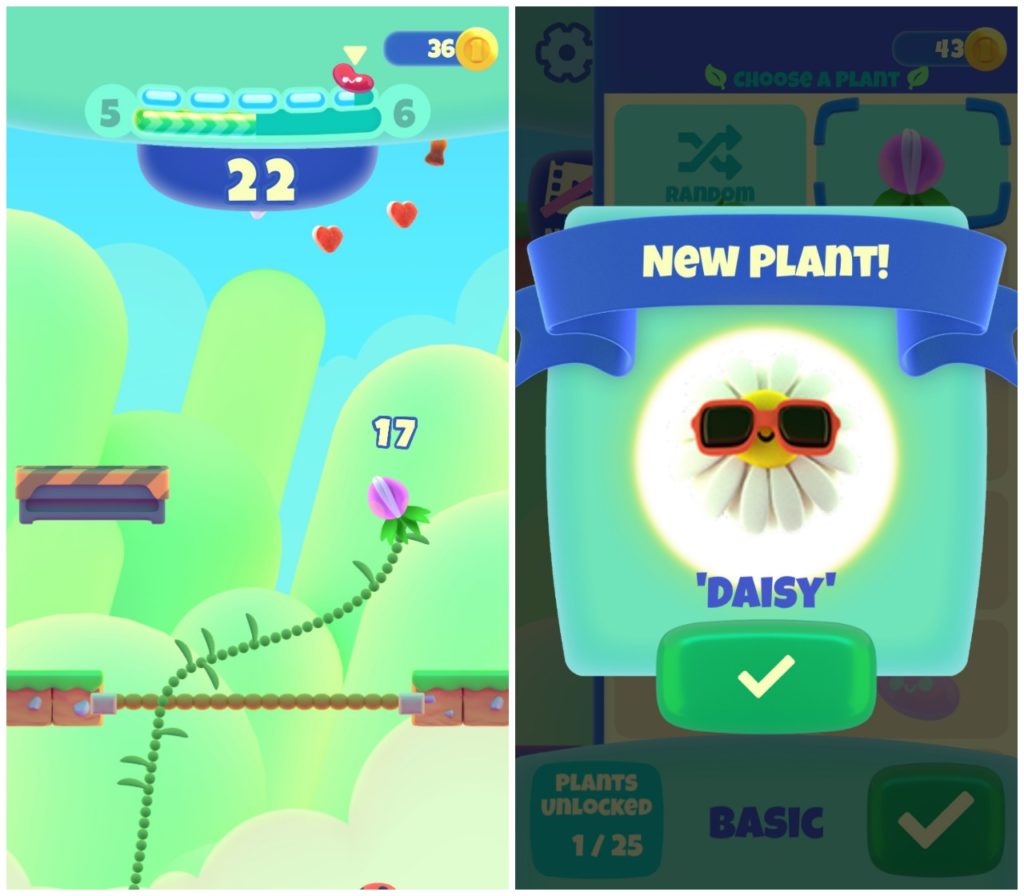 Another addicting part of the game is the fact that there are several plants and pots to unlock, so you’ll want to see what other options are available.

The game has tons of cute graphics. For instance, there are several pots that you can unlock for your plants. The pots include teapots, soda cans and Starbucks-like cups. There are 70 pots in total to unlock.

The plants themselves are also quite exciting and cute, as they include pumpkins, mushrooms and a cat-like creature. I always wanted to see which plant I would unlock next, which kept me coming back to the game. There are 25 plants to unlock in total.

Nom Plant reminds me of Super Mario Bros. because it features a somewhat similar concept and colour theme. Games like these can be rewarding once you beat your high score, but can also be addictive for the same reason.

The game is available for free on the iOS App Store and Google Play Store.