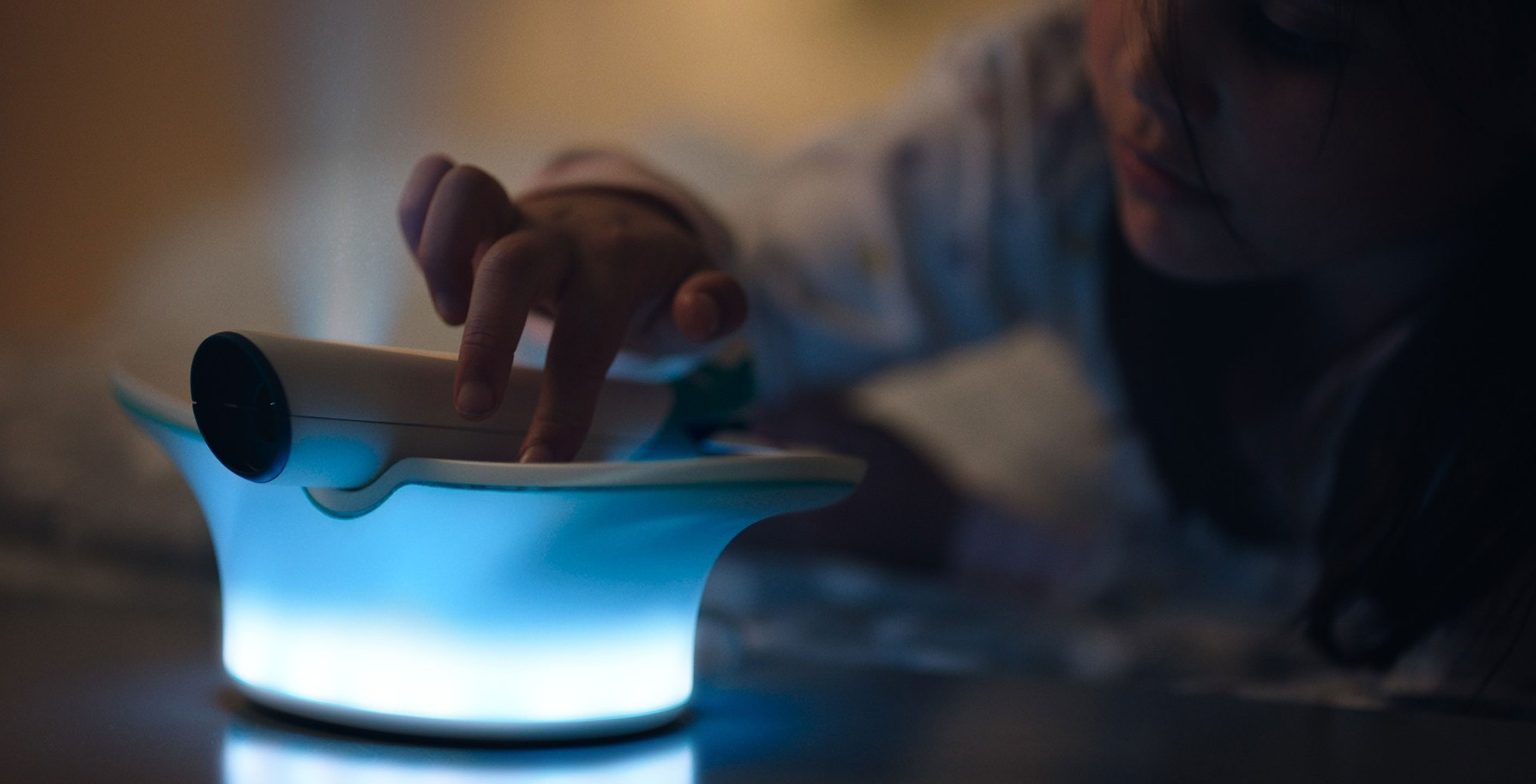 Dubbed the ‘Flight Light,’ the device pulls WestJet flight data to provide children with a visual representation of when their parents are coming home from a trip. The Flight Light does this with the help of a specially designed mobile app that allows parents to input and sync their flights to the device.

Using the same app, parents can send messages and emoji to the Flight Light, which the device will then project on the wall, just like it does flight routes.

WestJet pulled design and colour inspiration from Boeing’s 787 Dreamliner aircraft, currently among the embattled company’s most advanced passenger jets, to create the Flight Light. West Jet added its first Dreamliner aircraft earlier this year. The company currently has 10 of the aircraft on order.