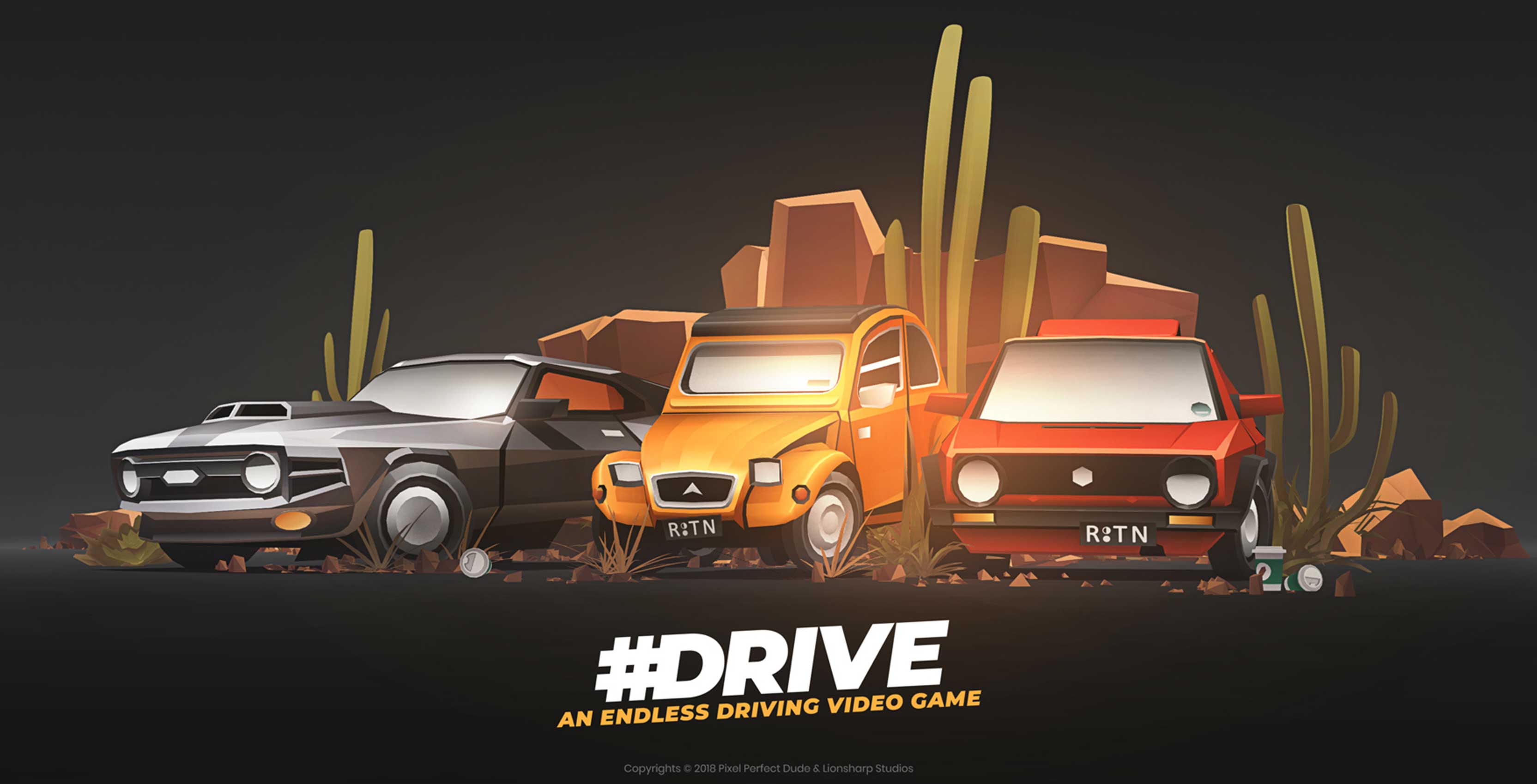 #Drive is an endless driving game that’s inspired by classic action movies from the 70s and 80s, the cars within those movies and drifting.

The game is overall pretty straightforward. You drive a car down an endless road and see how far you can get by avoiding obstacles, the police and oncoming traffic.

While you’re driving you need to pick up bottle caps, gas and other power-ups like a wrench to fix the damage on your car and a doughnut to get the cops off your tail.

Caps are the main in-game currency, which is used to buy new cars and coats of paints for vehicles. The cost of additional vehicles ranges between 500 and 20,000 caps, with there being 36 drivable cars in total in the game. There are two unlocked cars from the start.

You can even upgrade your vehicle’s stats. Each vehicle has four areas it is able to improve: ‘Speed,’ ‘Grip,’ ‘Acceleration’ and ‘Coolness.’ Each stat can be boosted five times with the cost starting at 100 caps and going all the way to 500 for the final upgrade.

When you go to drive there are currently four zones, with more coming in the future. From the start, you only have access to a desert map called ‘Dry Crumbs.’ You unlock ‘Postcards’ by just playing the game. These can then be used to unlock other drivable zones.

There are three types of control schemes to drive your car. The basic system has you tapping on either side of the screen to steer left or right and then tapping both sides to brake. My favourite controls setup features on-screen buttons for left and right and other buttons for brake and drift. The final control method includes left, right and brake buttons.

My favourite thing about the #Drive is its excellent low-polygon art style and clean driving controls. The game’s aesthetic looks fantastic as your car tears down the road and stirs up a massive cloud of dust as you drift around a corner.

Overall, I’ve really enjoyed the time I’ve spent with #Drive. It’s solid, yet minimal progression loop, plus its art style and driving controls have me hooked.

You can download #Drive on iOS here and Android here.