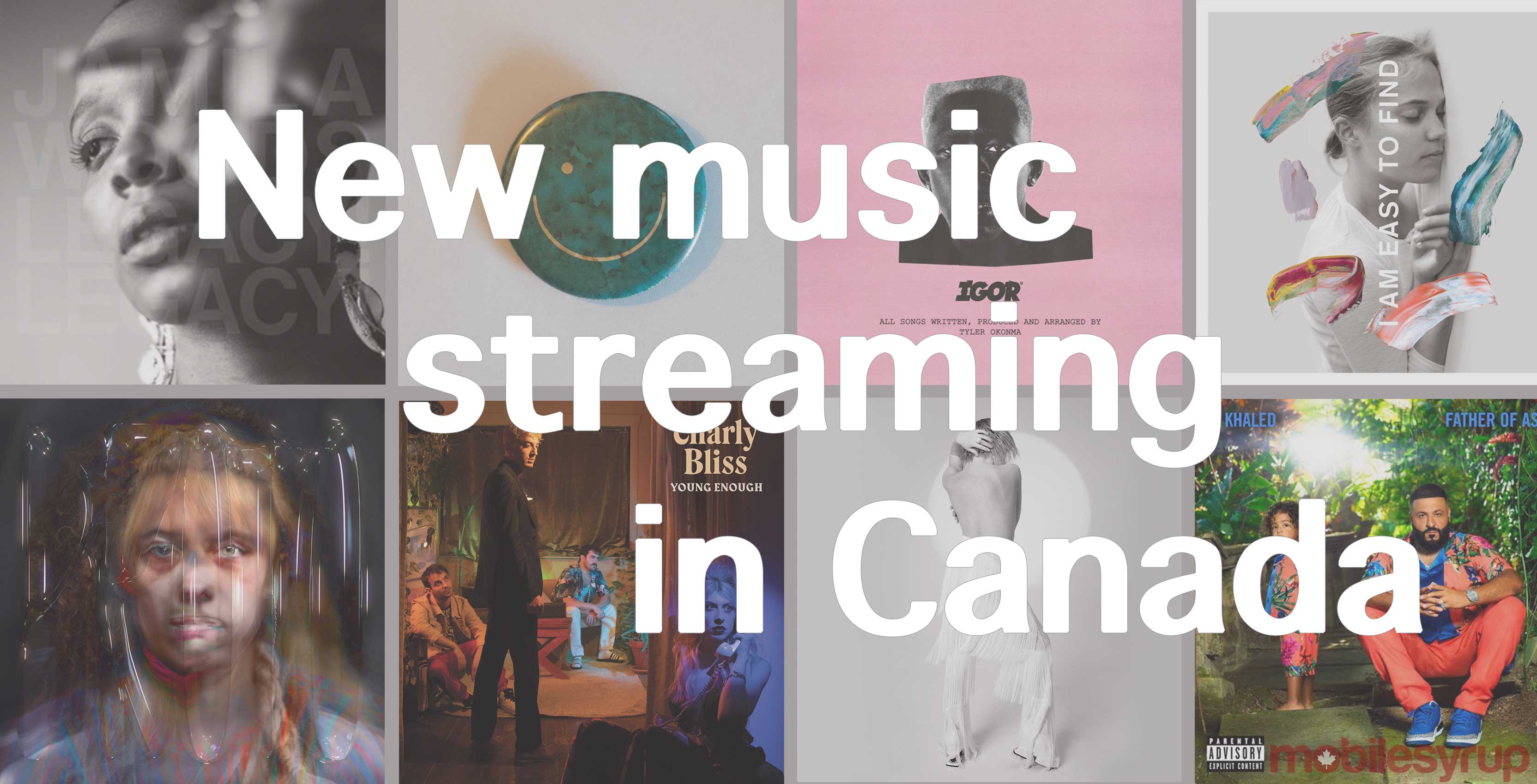 We’re trying out a new column this week that rounds up some music that has hit the airwaves over the last couple of weeks, along with a few exciting albums that came out this Friday.

To be clear, I’m by no means a music critic, and the purpose of this article isn’t to tell you what is good or bad. It’s more to convince you to get out of your comfort zone and listen to something new. Even if you don’t like my suggestions, I challenge you to scroll through the recently released section in your music app of choice and try one thing that features album art you’re attracted to.

If you find something worth sharing, let me know in the comments or on Twitter.

With that out of the way, enjoy, or don’t — but at least try.

I’m hesitant to call this an R&B masterpiece, but I do know that I’m going to be jamming out to it all summer long. The mellow yet upbeat album hits with notes of electronic soul that is perfect for just about every situation.

The twelve songs celebrate Wood’s 12 heroes who range from musicians to notable artists, poets and more. Woods has named each song after one of these heroes, and the lyrics represent how they make her feel. The tracks aren’t stories about these people, but rather the advice she thinks they would give her based on how they acted when they were on the earth and how that makes her feel. If you want to dive deeper into this, there’s a great track-by-track breakdown on Pitchfork.

While you may have heard Woods in big projects from Chance the Rapper or Macklemore, this solo project is 100 percent worth listening to.

You can find it on Spotify, Apple Music, Tidal or YouTube Music

With hints of Tron, your worst nightmares and your sweetest dreams, Proto is an uplifting digital trip that’s difficult to get over, but also hard to get into. This album was built almost as much as it was recorded because the creators, Holly Herndon and her husband Mat Dryhurst, made an AI to sing alongside her.

The album is electronic-based but the AI influence comes through to vary things up in almost scary ways as it interacts with the soft and traditional voice of Herndon.

There are even some tracks on the album that are called ‘Live Training’ sessions. They give a really interesting glimpse into Herndon’s process and how the AI reacts to voices in these eerie songs.

You can listen to the full album on Spotify, Apple Music or Tidal

On the Canadian indie rocker/sing songwriter’s fourth album, there are some pretty great tracks but the record seems less cohesive than his last outing, the phenomenal This Old Dog. That’s not to say that it’s bad, however. It’s on this list for a reason, but instead of one emotional gut punch after another, you really have to search for the deep cuts that tread new ground among the wacky tracks like Choo Choo.

Still, the album is worth listening to since we only get a glimpse into the fun and creative mind of DeMarco once a year or so. Notably, the track Baby Bye Bye is a seven an a half minute descent that shows Mac trying to relate the pressure he’s under after his last album.

You can listen to the full album on Spotify, Apple Music, Tidal and YouTube Music

If you’re looking for a pop fix, this album should scratch that itch with its catchy lyrics and uplifting and headbanging instrumentals. To me, it features shades of Metric with a softer pop edge. This sad album makes me want to drive my car at unreasonable speeds and scream out the lyrics to ‘Capacity’ or ‘The Truth.’

Everyone needs a pop fix once in awhile, so if you’re looking for yours definitely check out Young Enough.

You can give it a listen on Spotify, Apple Music, Tidal or YouTube Music

By: Tyler the Creator

Stepping further away from the intensity that Tyler burst onto the scene with, IGOR is a brilliant next step beyond last summer’s Flower Boy. I’d describe it as more of an abstract Pop record than anything else. For me, this constant growth and iteration make Tyler always worth listening to since watching an artist evolve creatively is always entertaining.

On Twitter, he describes the record as a departure from all of his other studio albums and makes sure to tell listeners not to expect a traditional rap record. Following that he says, “Just go, just jump into it. I believe the first listen works best all the way through, no skips. Front to back.” You can read the whole album intro from Tyler here.

I Am Easy to Find

The National’s new album is both a 16 song record and a 26-minute long short film. On Pitchfork, the creators describe it as Beyonce’s “Lemonade for depressed white people.” While kind of a weird flex — and I’m not sure if it can hold up to the power that is Lemonade — so far I’ve been enjoying both the visual and musical sides of I Am Easy to Find.

The album definitely adopts a sadder tone than some of the band’s earlier work, but it still maintains that classic uplifting quality that the band has built so many songs on.

Listen to I Am Easy to Find on Spotify], Apple Music or Tidal.

Since he made his name as a radio DJ in Miami, DJ Khaled has been making hit records stuffed full of so many superstars that it’s hard to listen to one without at least enjoying one song.

This time around the DJ has named the album after his son Asahd with both men featured on the album’s cover. Inside the record, there are songs featuring Travis Scott, Lil Wayne, SZA, Post Malone, John Legend, the late Nipsy Hustle and just about every other popular artist you could imagine.

If you can get past the world’s corniest producer tag, then listen to the album on Spotify], Tidal, Apple Music or YouTube Music.

The other Canadian on this list is pop superstar Carly Rae Jepson. The pop icon has hit us all just as hard as she did with 2015’s E•mo•tion. This super pop album is full of catchy beats that make you want to dance and clean songwriting that you know is going to be all over the radio very soon.

The biggest question is what song from the album is going to blow up the most.

Not to be outdone by the massive number of great albums that have come out this week, the MobileSyrup team has also discovered some podcasts we’ve been enjoying. 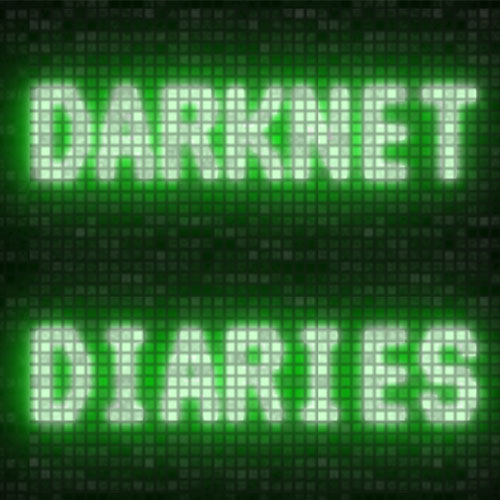 The first one is called Darknet Diaries, a podcast about internet horror stories and cyber crimes. This week’s episode is focused on a journalist that wrote articles critical of the Kazakhstan government. When she started receiving suspicious emails embedded with malware, she thought the government was trying to silence her, but the truth was much bigger.

I won’t say more, as the episode is worth a listen — it’s amazing where it leads.

Check it out here. 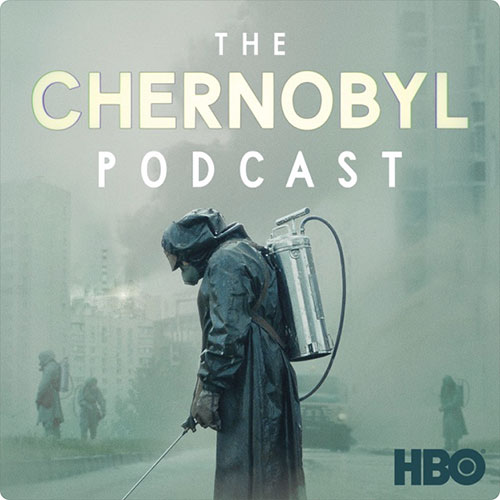 As a companion piece to HBO’s Chernobyl miniseries, the studio also has a podcast that details how the show changed facts to tell the story in a way that’s more suitable for a television show.

The podcast dives deeper into the nuclear disaster. As a result, if the show has piqued your interest and you want to learn more about the Chernobyl disaster, this one is for you.

Check it out here.