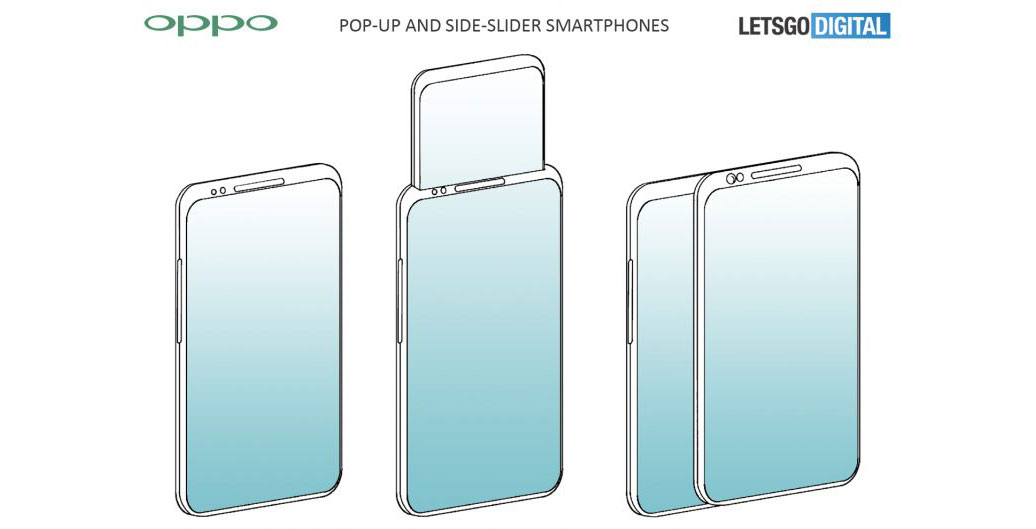 Oppo, a China-based smartphone manufacturer, has submitted a patent to the World Intellectual Property Office (WIPO) for a smartphone with not a pop-up camera, but an actual pop-out display.

This new patent reportedly goes into more details and involves two smartphone designs. The first design is similar to the Oppo Find X, but houses an additional display, whereas the second sports a display that slides out from the side of the device.

Oddly enough, the patent shows that the phone has a slight bezel at the top with what looks to be a speaker and a selfie shooter. The second display that slides up from the main housing won’t feature a camera and is solely designed for more screen space, according to the patent.

The purpose of the slide-out display is unclear. However, it could be used for a multi-app solution or for watching videos and using your main screen for browsing the web. Additionally, with the design that uses the display that slides out from the side, similar to the LG V50 ThinQ’s dual screen, it could be used for gaming.

It’s important to note that not all patents actually result in consumer products. We’ll have to wait and see if Oppo will launch either of these smartphones.