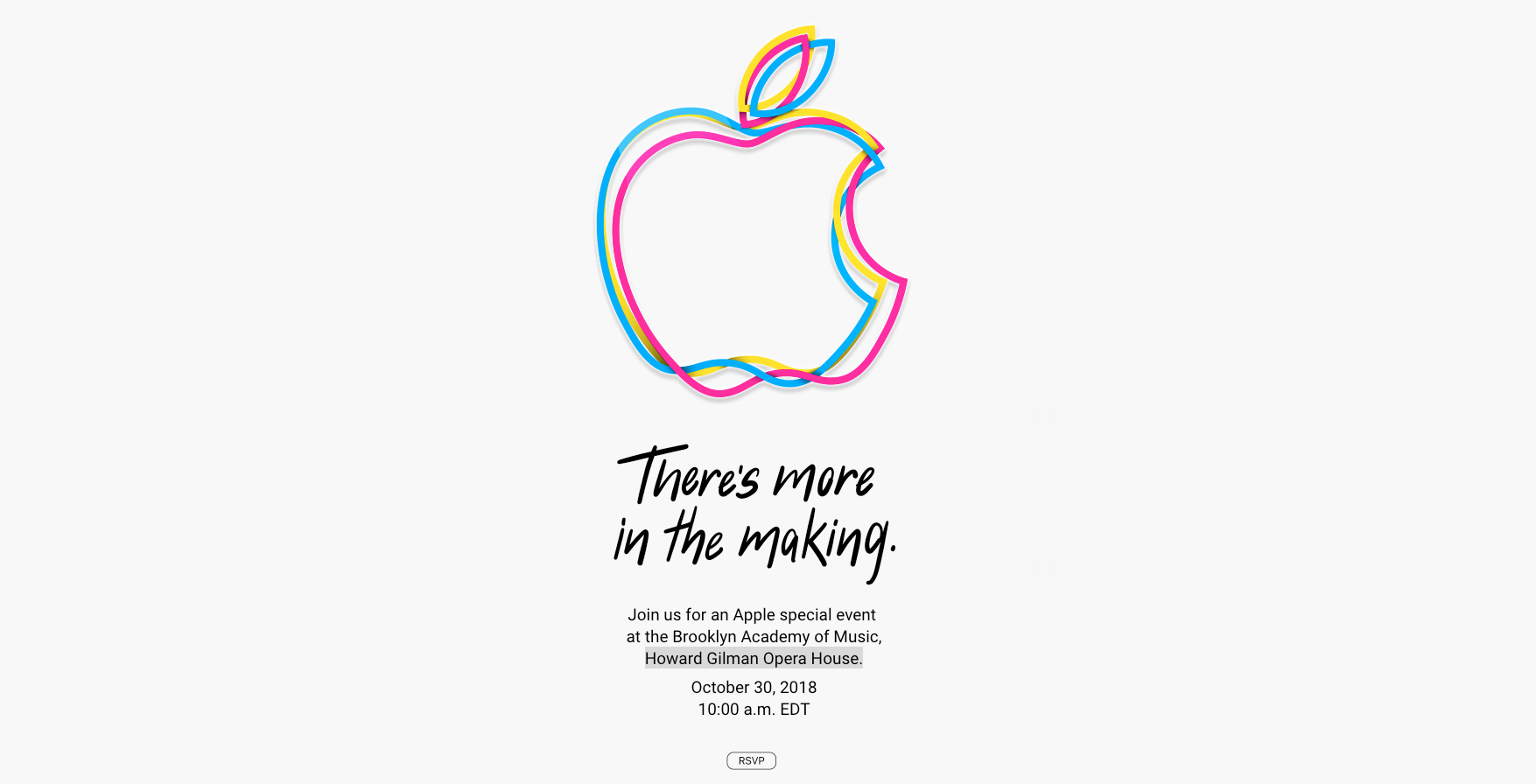 Apple has sent out media invites to an upcoming event the Cupertino, California-based company is calling “There’s more in the making.”

It’s expected that the tech giant will show off a new version of the iPad Pro that features minimal bezels, Face ID and possibly a display notch. It’s also believed that the iPad Pro will make the jump from Lightning to USB-C, and that the tablet will come in both 11-inch and 12.9-inch variants.

Along with the new iPad Pro, we’ll also probably get a look at Apple’s eagerly anticipated successor to the MacBook Air. The new version of the laptop will likely feature slimmer bezels and a high-resolution Retina display.

Other rumours include the possibility of a new Mac Mini as well as the public release of iOS 12.1, which is set to include Group FaceTime and dual-SIM support.

The event is set to take place at the Howard Gilman Opera House in New York City on October 30 at 10am ET/1pm ET. We’ll be on the ground at Apple’s event in New York bringing you all the news directly from the keynote.