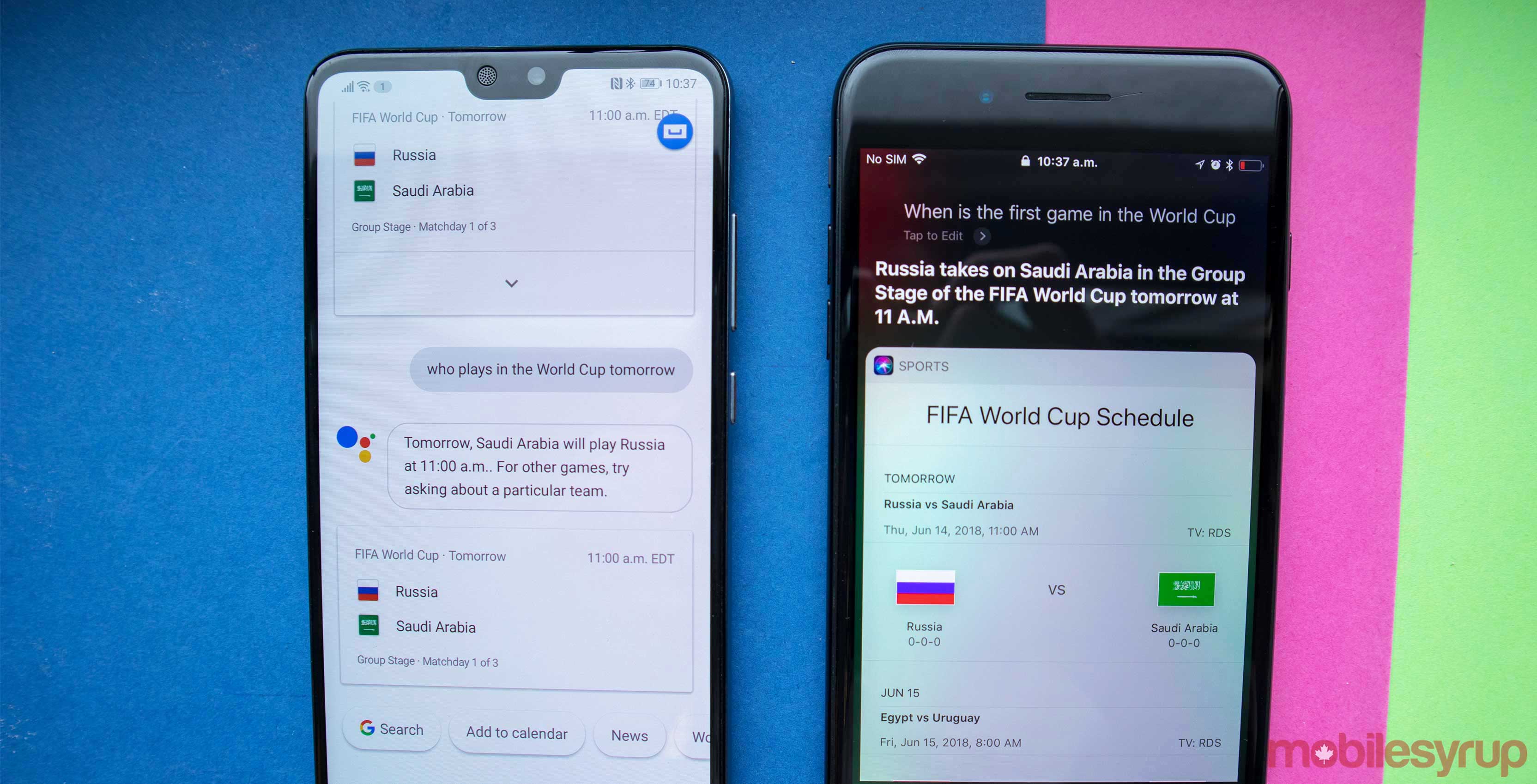 The biggest soccer tournament in the world kicks off in Russia on June 14th. With the start of the tournament just a day away, Apple, Amazon and Google are updating their virtual assistants to add World Cup-related skills.

Apple added soccer-related queries to Siri back in 2014 during the World Cup in Brazil. This year, the company has added support for several new countries. So users all over the world can ask Siri questions like “When does France play Australia?” and “What teams are in group A?” or “Who is on the England squad?”

The Apple TV app is getting on the World Cup train as well. In Canada, TSN and RDS will broadcast tournament coverage to Apple’s set-top box as well as the company’s iPad and iPhone.

Google is adding support for World Cup-related content across its platforms. The company’s search engine will display contextual results when users make World Cup-related queries. On Android, when users search for a match score, they’ll be able to pin the scoreboard to their home screen.

Google has updated Assistant to make it full of World Cup stats and facts. Users can ask things like “How many World Cups has Brazil won?” “When is Russia versus Saudi Arabia?” or “Who won yesterday’s match?”

Amazon is adding a whole host of World Cup skills to Alexa as well. Users are able to ask Alexa queries like “When’s the first World Cup game?” “Who won the last World Cup?” and “Who is the top scorer for Argentina in this year’s World Cup?”

No matter which digital assistant you use, you’ll be able to keep up with the tournament.

iTunes is now available in the Microsoft Store