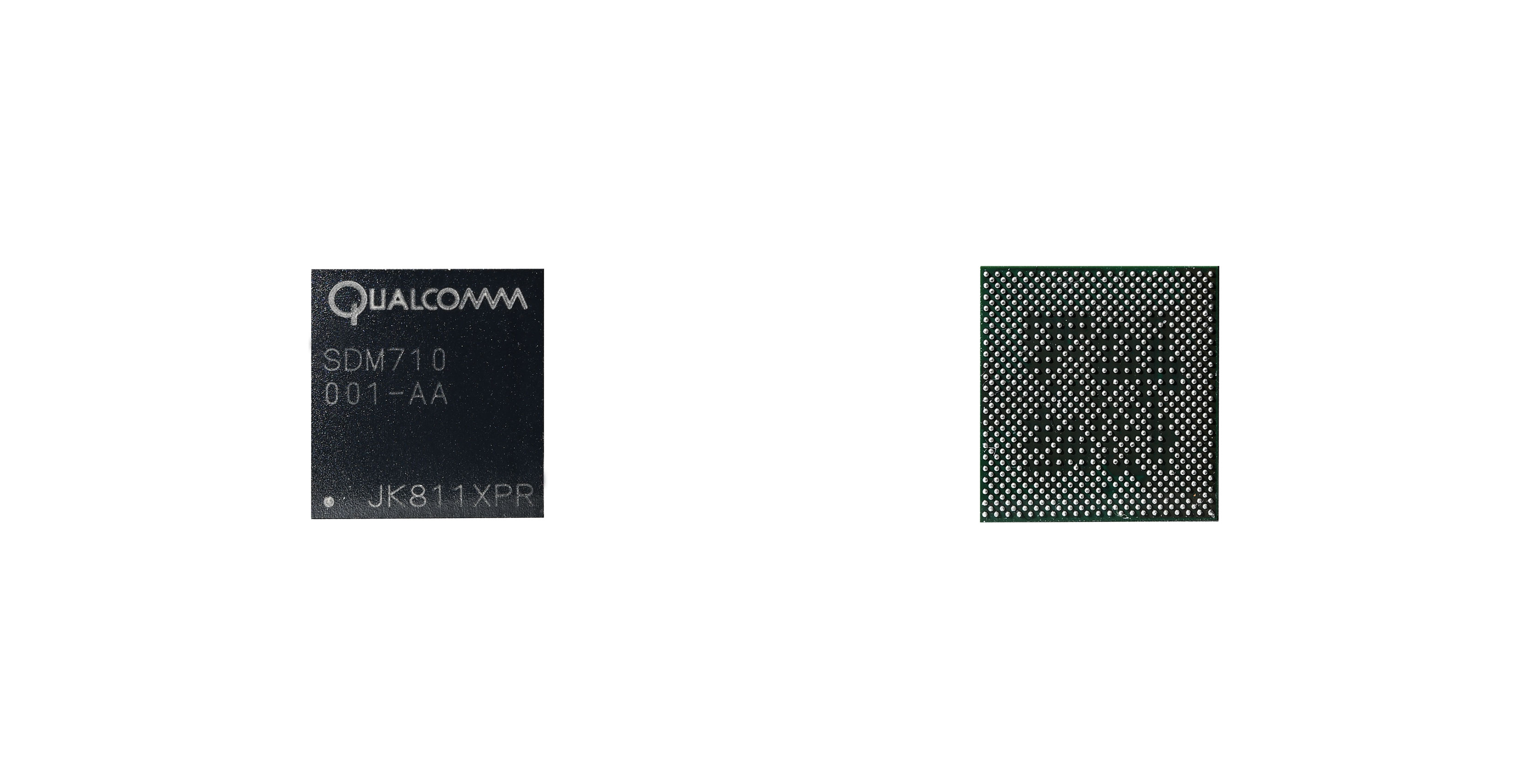 In-line with the growing market of upper mid-range phones, Qualcomm has created a line of mobile processors to fill the gap between its premium 800-series and mid-range 600-series.

The 700-series was announced during Mobile World Congress in February 2018, but nothing specific was known about it until today.

Now, Qualcomm has detailed the first chip in the series, the Snapdragon 710, and announced that the platform is expected to hit consumer devices within the second quarter of 2018 — in other words, by the end of June.

This could line up with the release of a number of mid-range devices, including the Moto Z3 Play and BlackBerry Key2.

Currently, 10nm is as small as it gets for consumer devices, but 7nm is coming.

AI and camera enhancements over Snapdragon 660

In detailing the chipset, Qualcomm noted a number of enhancements over the Snapdragon 660 — particularly as it pertains to AI and camera performance, both of which were also focuses for the chip manufacturer’s flagship Snapdragon 845 processor.

The 710’s multi-core AI engine delivers performance improvements in AI applications of up to two times compared to the Snapdragon 660, Qualcomm stated.

The 710’s Spectra 250 image signal processor (ISP) supports resolutions of up to 32-megapixel for a single ISP and 20-megapixel for a dual ISP. It also offers enhancements over the Snapdragon 660 platform in the areas of low-light photography and real-time bokeh effects, among other things.

Besides camera and AI benefits, the 710 supports 4K HDR playback, a first outside of the 800-tier for Qualcomm.

As for the 710’s modem, the processor stocks the Snapdragon X15 LTE modem, a category 15 modem that supports up to 800Mbps peak theoretical download speeds.

Further, Qualcomm reports that enhancements to the Adreno 616 architecture means 710 devices can see up to 40 percent reduction in power consumption for both gaming and 4K HDR video playback, compared to the Snapdragon 660.

The chip also promises a 20 percent reduction in power consumption when streaming video.

Again comparing the 710 to the 660, Qualcomm stated that the 710’s new Kryo 360 architecture, built on ARM Cortex technology, is optimized to support up to a 20 percent overall uplift in performance, 25 percent faster web browsing and 15 percent faster app launches.

Of course, these enhancements have yet to be confirmed in the real-world through device testing — but consumers won’t have to wait long to try out the 710 for themselves, if expected release timing holds true.