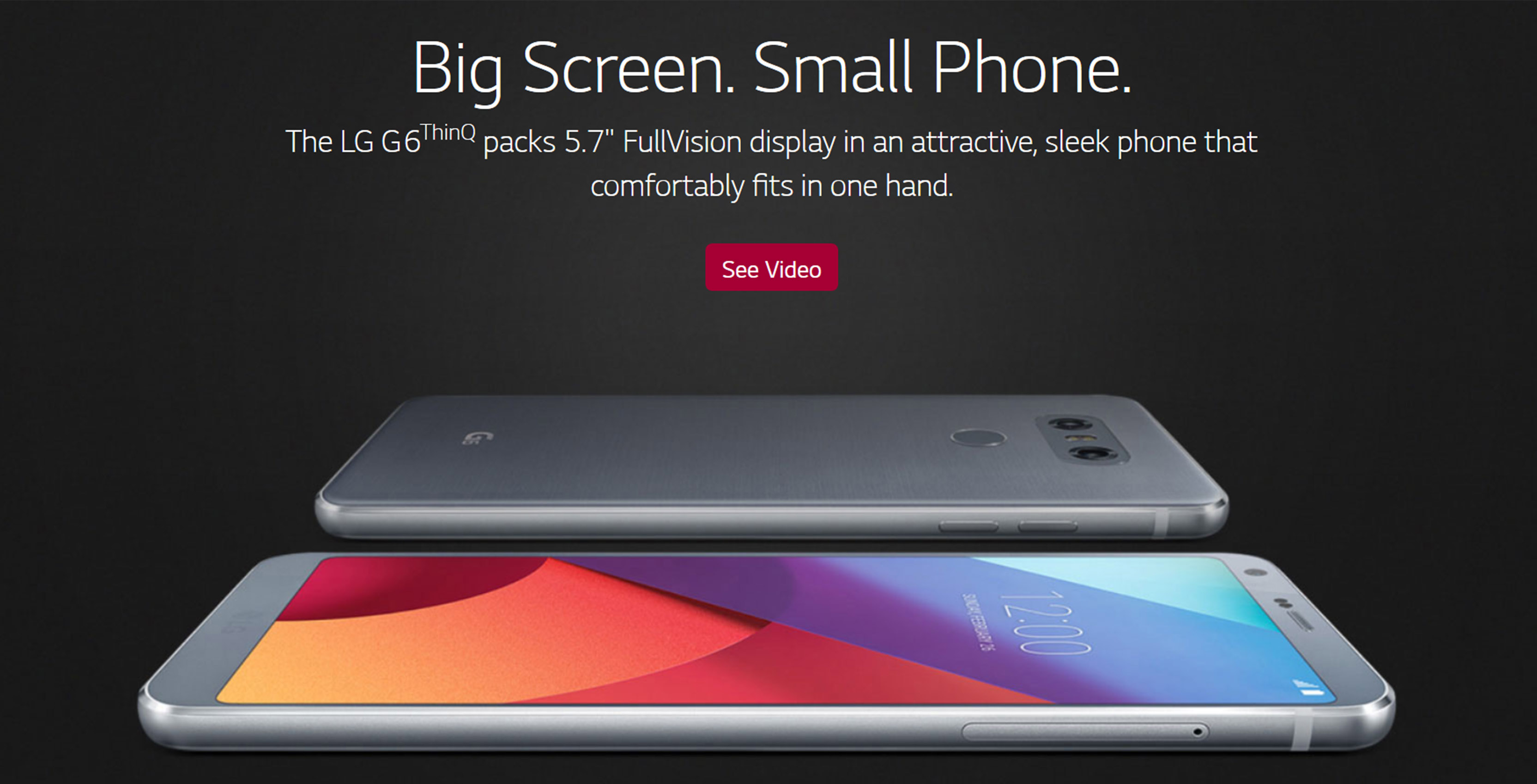 In a bid to rewrite history, LG has reportedly renamed its year-old G6 flagship.

It could be a typo; an accident; a mistake, but LG Canada’s website now lists the G6 as the LG G6 ThinQ. If it is an accident, its a mighty big one. Both French and English sites feature the new branding.

And while the addition of ThinQ could be an error, the photos also feature the new branding. So if this is a glitch in the matrix, it must be both a typo on the website and a type on the photo. The English site alone features ThinQ branding ten times.

What even is ThinQ? Is it pronounced think? Thin queue? What does it mean?

LG’s ThinQ branding made its debut with the LG G7. The G7 was not good enough for LG. It had to be more. So we got the LG G7 ThinQ.

LG didn’t stop there. The company announced an upgrade to its V30 handset, called the V30 S ThinQ.

And now LG is diving into the past to bring us the LG G6 ThinQ. How much further back will LG go? Will the company keep going until it ThinQs every phone its ever had. Eventually, we’ll all look back fondly on the LG G3 ThinQ, with no choice but to accept LG’s new world order.

Update 05/23/18: LG Canada’s head of marketing Puneet Jain confirmed that the LG G6 ThinQ branding was added in error. The ThinQ branding has been removed from the website.

HTC said to be readying 5-inch device with 1080p screen, will be announced in September