A mobile industry analytics company has once again ranked Bell’s network as the fastest in Canada.

According to Tutela’s latest Mobile Experience Report — which measured Canadian networks from February 1st, 2018 to April 30th, 2018 — Bell’s 4G and 3G networks are the fastest in Canada, followed closely by national carriers Rogers and Telus. 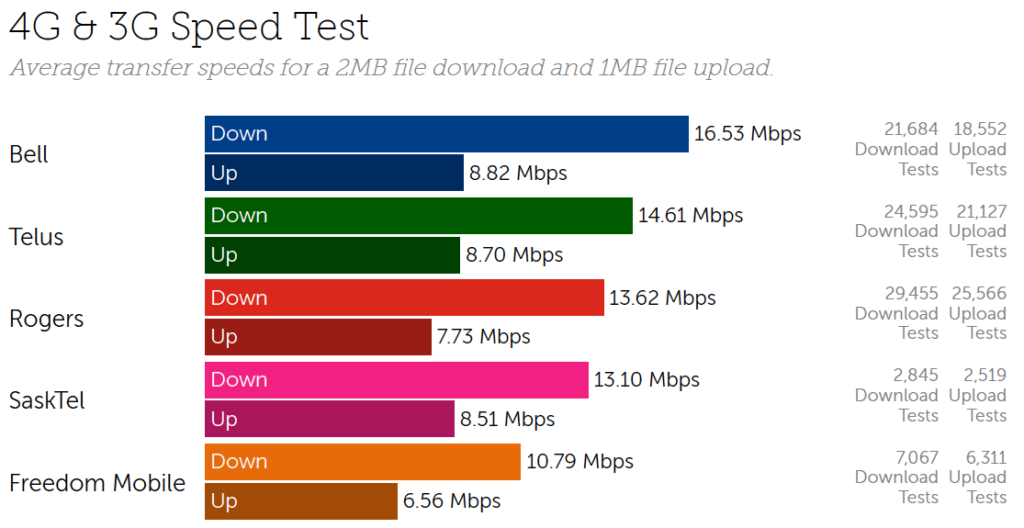 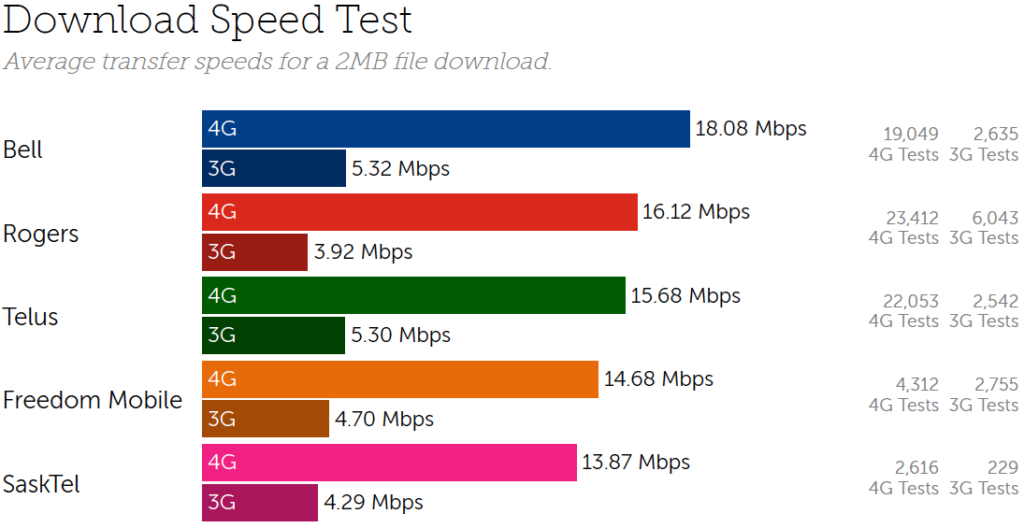 Tutela ranked Ontario, Canada’s largest-province in terms of population, as once again having the fastest networks in the country.

Download speeds are only one metric of network performance. Latency — how long it takes to send one packet of data from a device to a server — also lends insight into a carrier’s network quality.

While it’s not surprising that national carrier Bell delivered the lowest 4G latency in Canada — with an average of 23.2 milliseconds — it’s interesting to note that the carrier in second place isn’t one of Canada’s big three. 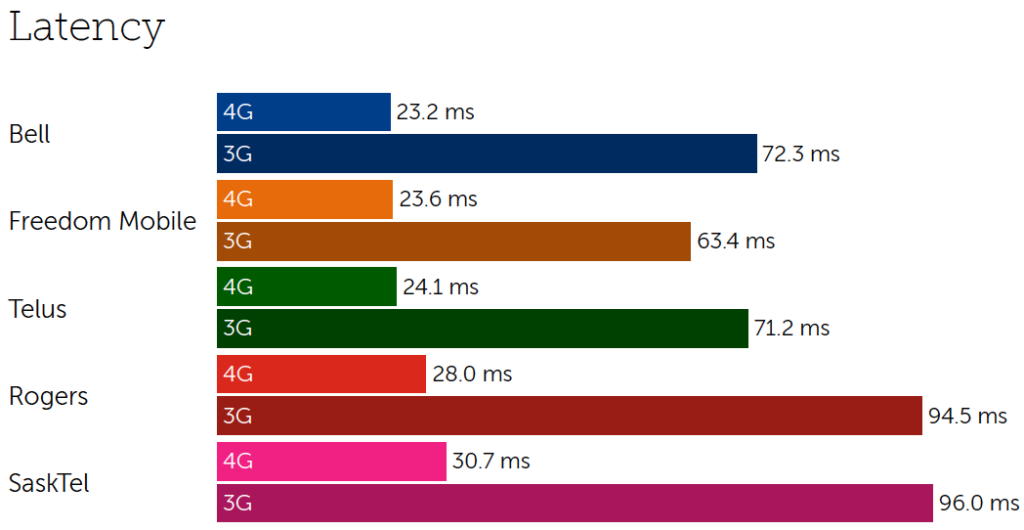 Of course, Freedom Mobile has fewer subscribers with a network that’s only available in select parts of Ontario, Alberta, British Columbia. As such, the carrier’s network isn’t as populated as, for example, Rogers, whose network delivered the fourth-fastest 4G and 3G latency — 28.0 milliseconds and 94.5 milliseconds, respectively.