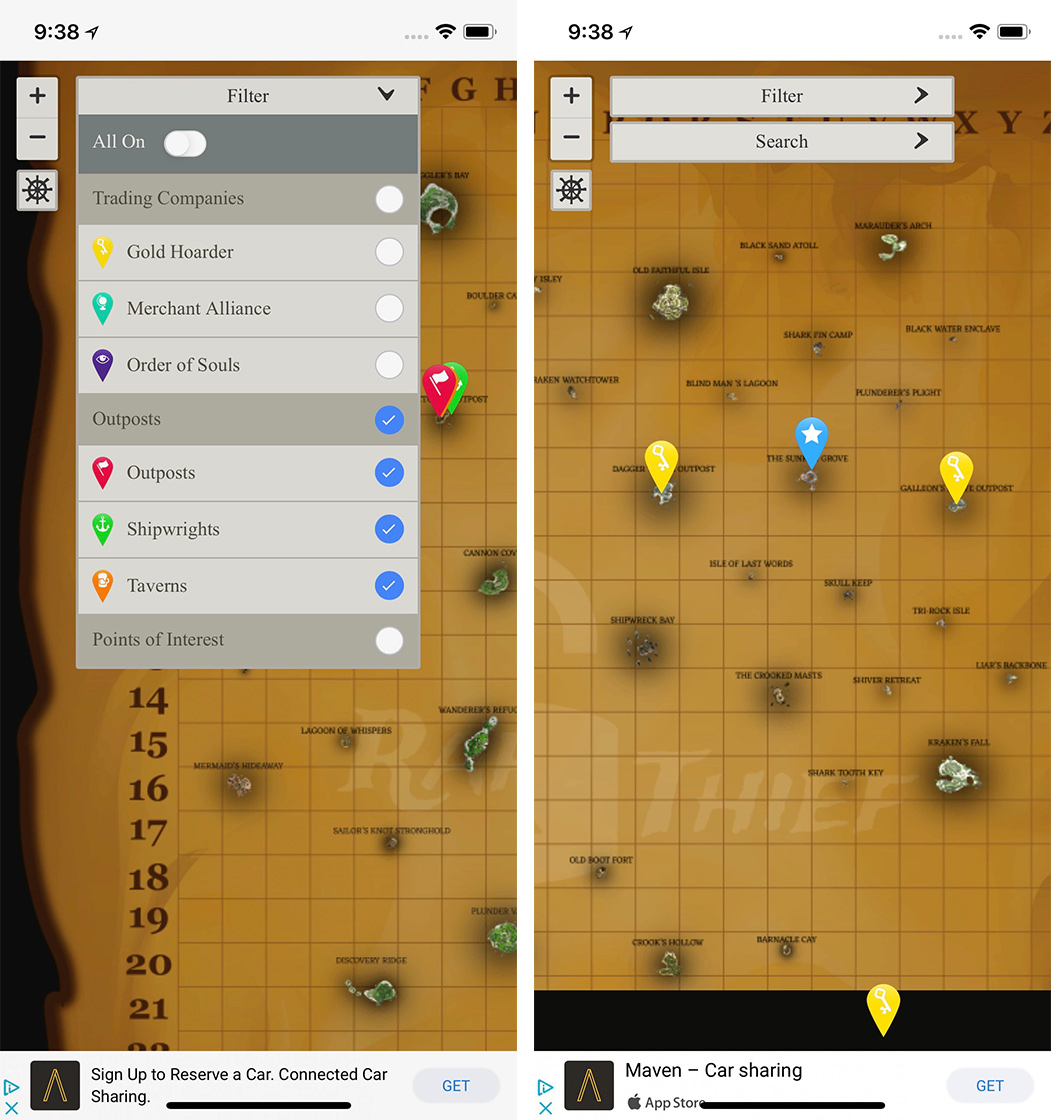 Despite not being made by Rare, the Sea of Thieves free iOS, Android and desktop companion app is very handy.

It allows players to place different markers on an in-app version of Sea of Thieves’ sprawling, pirate-filled map, allowing players to easily mark specific islands, shipwrecks and a variety of other locations.

Players can also find animals by filtering the specific island they’re located on. If you’re working on a tight deadline for the Merchant Alliance and can’t find that last pig, this really does come in handy.

Given that Sea of Thieves is all about working as a team to navigate a giant pirate ship, getting from points A to point B is a big part of the game. If you have a smaller crew, or you’ve opted to sail the seas solo on a tiny sloop, navigating the game’s ocean can be an intimidating prospect.

While Sea of Thieves Companion takes some of the fun of exploration of the experience, it can also prevent unneeded frustration when you’re desperately trying to hunt down a specific island.

The app is free on iOS and Android, there is an option to pay to remove the app’s ads.

Rare’s Sea of Thieves is now available on Xbox One and PC. The game is also part of Microsoft’s $11.99 per month Game Pass program that gives subscribers unlimited access to first-party games.

We’ll have more more on Microsoft’s Sea of Thieves in the coming weeks.

Swashbuckling gamers get more booty with Sea of Thieves DLC