Android Auto with Google Assistant Hands-on: Talking to the road 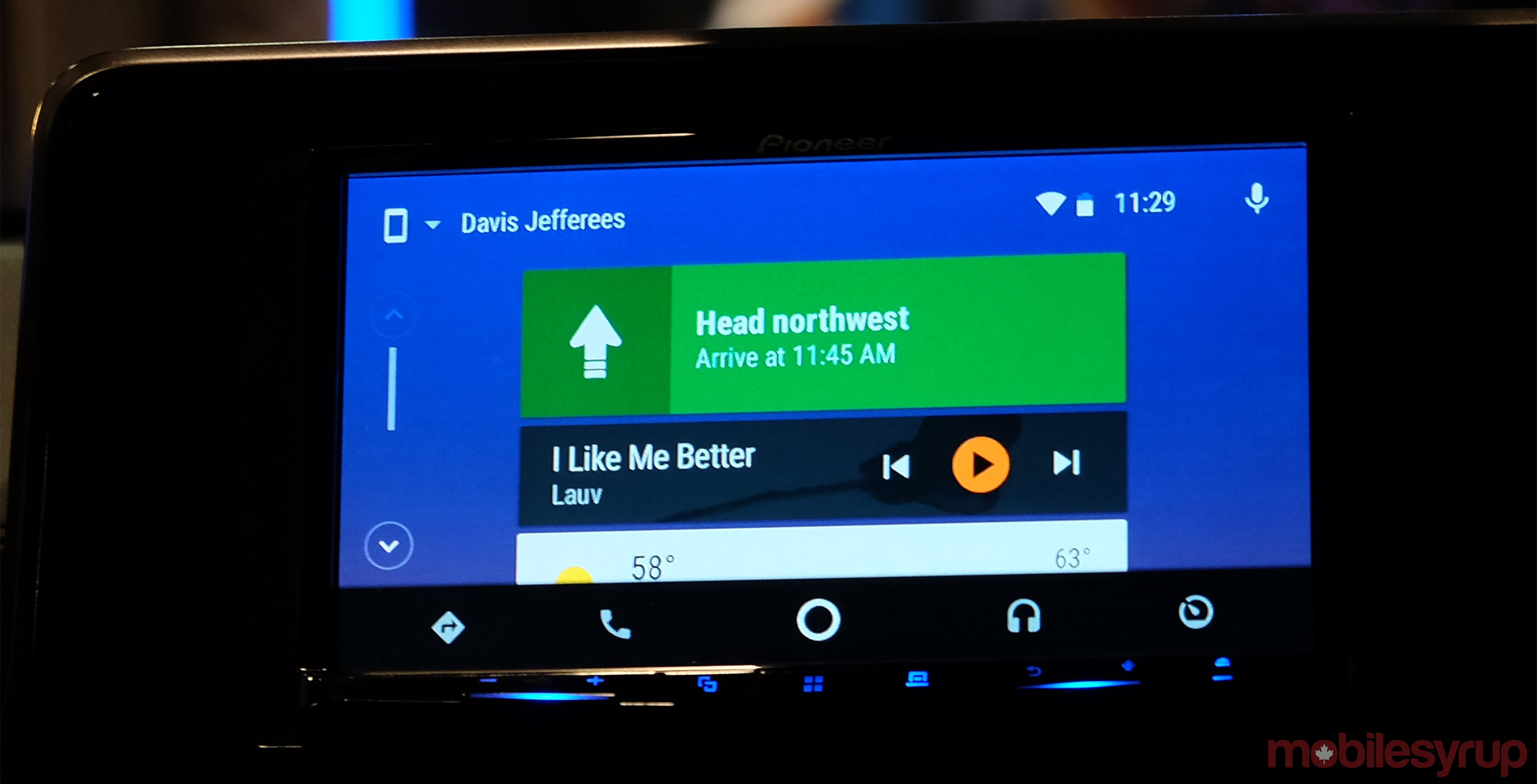 Android Auto looks to get a lot smarter by adding Google Assistant, and more flexible with improved wireless connectivity.

Adding Assistant to the projection platform will enable drivers to get better access to information and improved app integration in the cabin. Previously, Google was using Now as the voice assistant, and though it improved over time, it didn’t have the full breadth of features users have come to expect with Assistant.

Now, it will. And it won’t require new hardware. The update will apply to all Android devices capable of running Android Auto, which includes all smartphones with Lollipop 5.0 or later.

The wireless side of the equation is a little different. I got to go hands-on with them at CES 2018 to gauge how well all these new features will work. 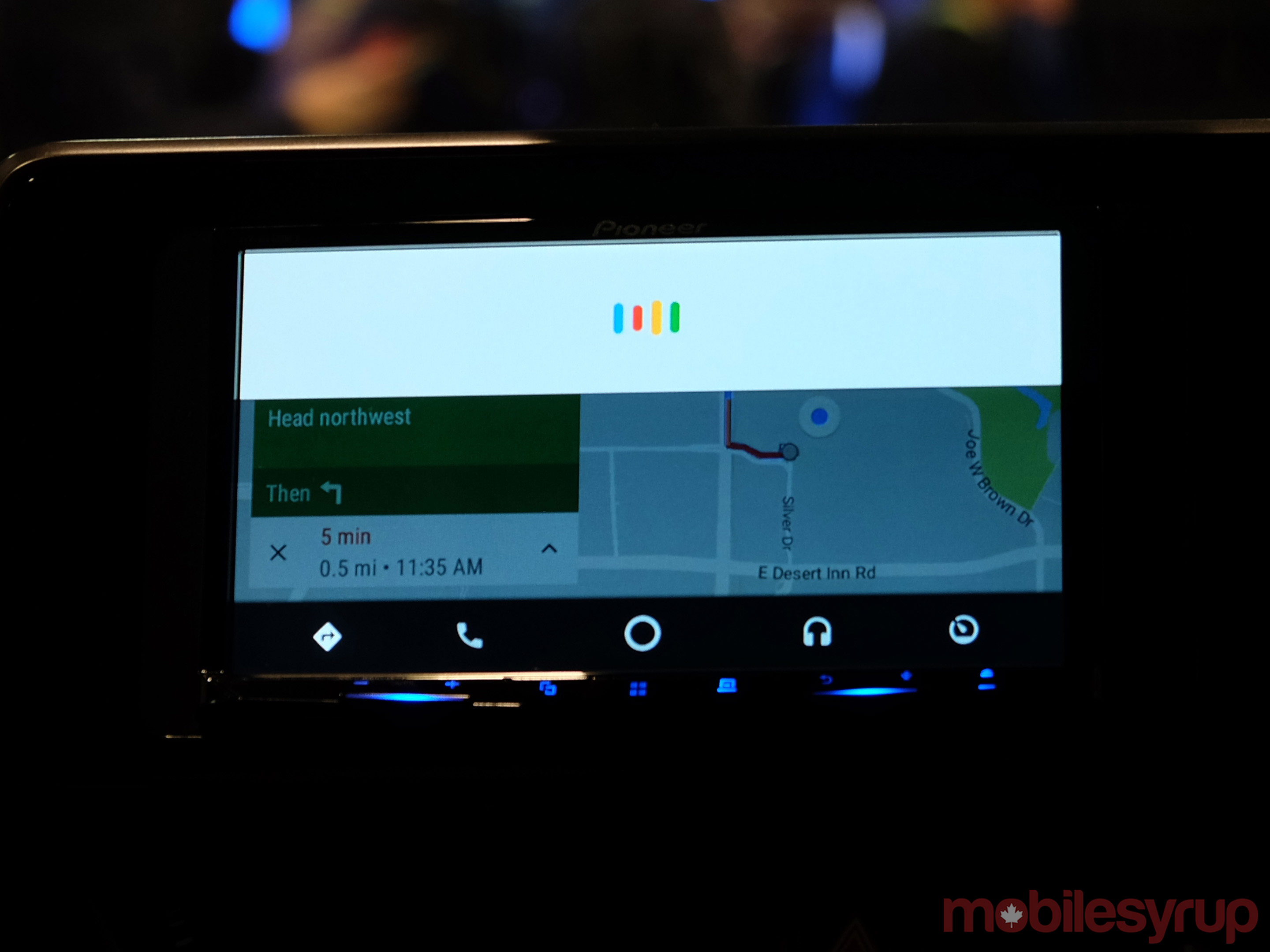 I tried it out at the Pioneer and JVCKenwood booths with Google representatives. The basics of Assistant as you know them from your phone essentially remain the same. The basics that worked well before, like calling, texting and navigation, are better now because of the context involved.

For example, it would be possible to string two commands together for faster response time. Instead of a back-and-forth handoff to text someone, saying, “Hey Google, send a message to Ted saying, ‘I will be late,’” would work. It didn’t with every attempt during the demos I had at the show, but since it did work in some instances, I can at least conclude that it should.”

The other ways to trigger it are using the voice button on the steering wheel (if you have that), pressing the microphone on the Android Auto interface itself, or holding the home button of the head unit itself.

Music will also be better because you can dive deeper into a library. Previously, I could play tracks based on a certain artist or genre, but not much more than that. With Assistant included here, I asked for a specific artist, track or album through Spotify, and it worked. It was not altogether different from what I would do through a Google Home. The rep used Google Play Music, which did the same thing.

Smart home integration figures into this too, allowing drivers to control compatible devices through Android Auto. It pulls in information from your Google Home app on your phone to beam over the commands through the cloud.

In the demo, the rep turned on the heat on the Nest Thermostat emulating a drive home. This could just as easily apply to Philips Hue lights, or something else Google Home supports.

The key to all this for Google and participating automakers and aftermarket manufacturers is that none of it requires handling a phone. 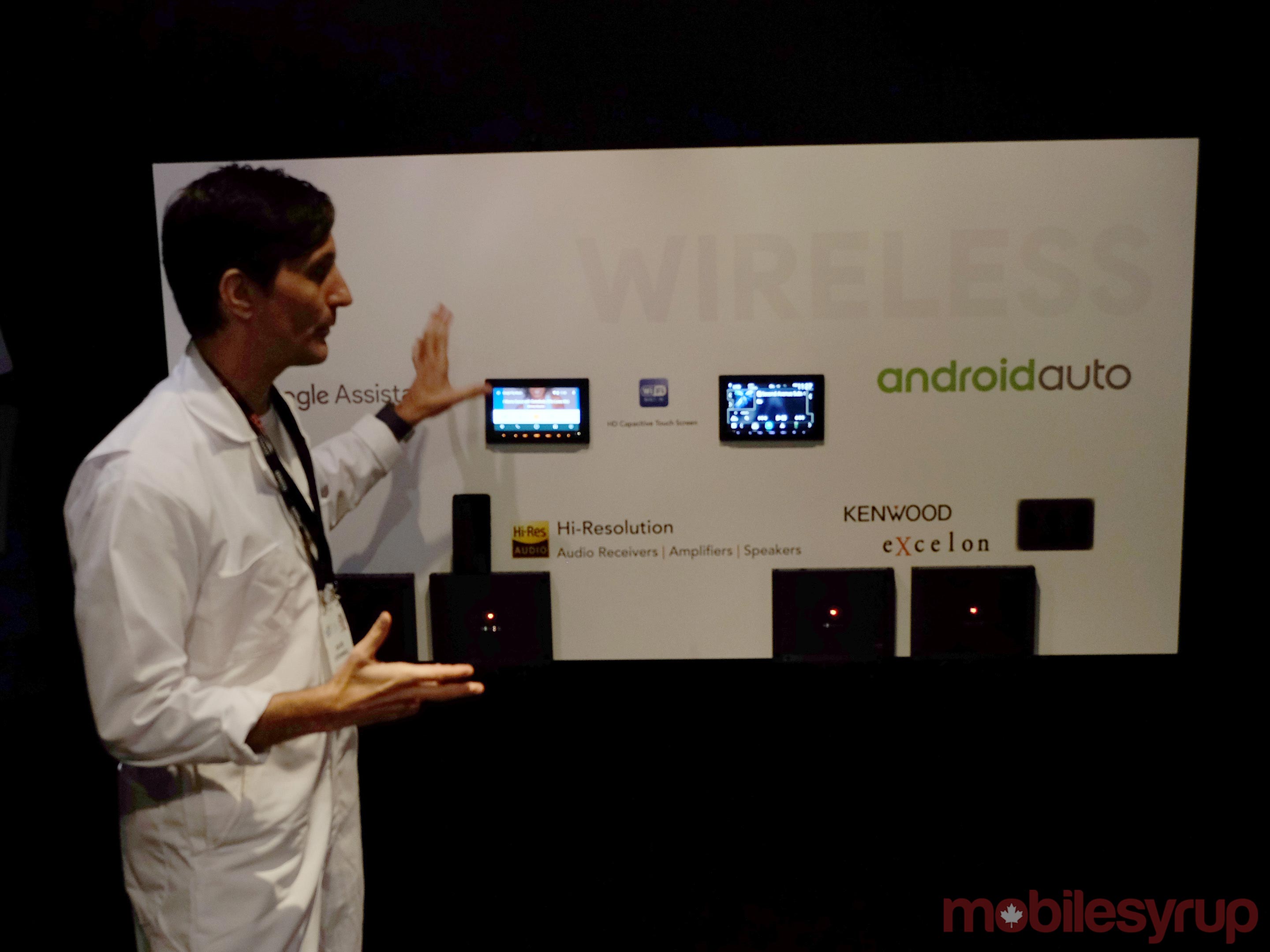 This move was probably long overdue, given Apple had made this possible with CarPlay some time ago. The new feature allows a phone to connect to a compatible head unit wirelessly and run the Android Auto platform without having to plug in anything.

The functionality does require both Bluetooth and Wi-Fi to work, which is where things get a little more complicated.

The feature is very likely not going to be backward-compatible. Not so much because Google shuts it down, but more because automakers and aftermarket manufacturers have to check off all the right hardware boxes.

For example, if the car doesn’t have Wi-Fi at all, it’s a no-go. If it does have Wi-Fi, but it’s not a 5GHz band, then that won’t work, either. Technically, automakers who have both could release a software update to make the wireless handoff possible, but no one knows if they would or not.

The automakers have been quiet on that so far, focusing more on the addition of Google Assistant, but I would expect some to also roll out the wireless connectivity this year.

While you could use the Android Auto app on its own, especially when you don’t have a compatible head unit in your car, it won’t really be the same experience. Assistant will work on the standalone app, not just the integrated version.