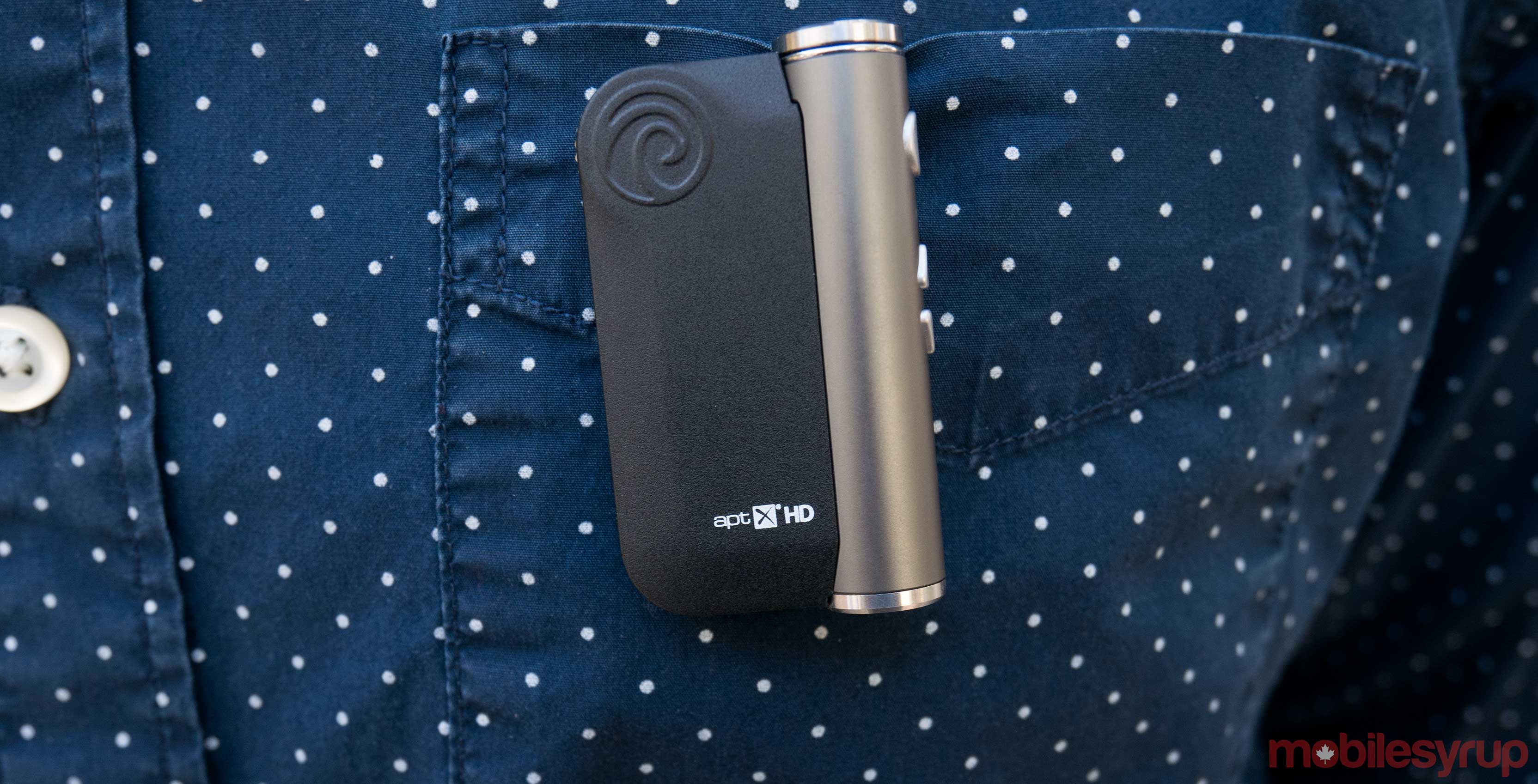 The undeniable fact of the matter is that I am utterly in love with this nifty little gadget.

In short, the GET — made by Quebec-based audio company Bluewave — is a device that connects to smartphones, tablet, laptops and other wirelessly enabled devices via Bluetooth in order to enhance the audio quality of even the cheapest earphones. It’s light-weight, attractive and sturdy, and it’s perfect for those audio-lovers looking to amplify their device’s audio but who aren’t necessarily looking to invest in top-tier, high-quality headphones.

Make no mistake, the GET will leaves some users wanting. However, if you’re an audiophile — or if you’re just a person who enjoys cord-free living — then the GET is a perfect fit for your life.

It’s important to re-establish my personal beliefs on Bluetooth technology. Like I said in my review for the Libratone Q Adapt wireless headphones, I utterly despise Bluetooth. It’s annoying to set-up, it’s not always reliable, and there’s simply no denying that it’s much easier to plug in a pair of headphones than pairing Bluetooth-capable devices to one another.

All of this is necessary to highlight in order to recognize the weight of my next sentence. The Bluewave GET is absolutely one of my favourite mobile accessories I’ve ever used.

The device itself is quite simple. It’s made of a blend of plastic and aluminum — the rectangular body is plastic, while the cylinder that houses some of the audio components is made of aluminum. The device fits comfortably in your hand, and the buttons should line up perfectly with your fingers whether you’re left- or right-handed. 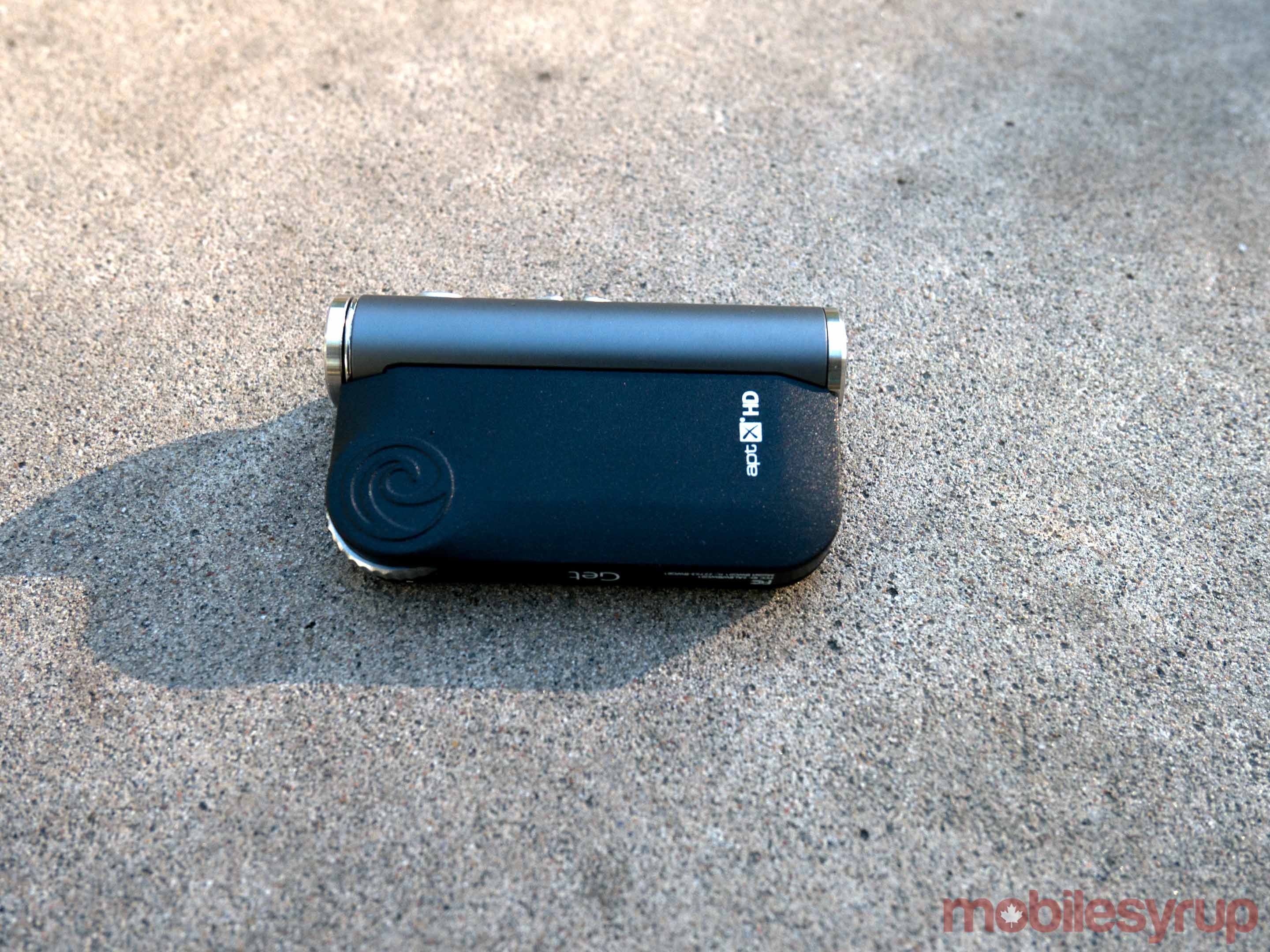 The device pairs to both Android and iOS devices, and also has a clip so you can attach it to your pocket, collar, shirt-sleeve, or really wherever you want to clip it. Owing to the fact that the device is meant to be used with wired headphones, the GET has a 3.5mm headphone jack so you can plug in your choice of headset. The device also charges through a bottom-facing microUSB port.

Quite frankly, my only gripe about the GET is that it charges via microUSB and not USB-C, but that’s because I’m a fervent believer in the so-called port of the future. I’m also an Android user, which is to say, I’m sure I’d be complaining about a lack of Lightning port if I had an iPhone. Regardless, the device ships with a microUSB cable for charging, and the whole thing charges in a few hours.

As for battery life, the Bluewave GET lasts for almost a full day of audio.

The Bluewave GET also costs $129 USD (roughly $164 CAD at the time of this writing). I’ll address the cost of the device later on this review.

I tested the GET using a 2015 Nexus 5X, as well as the 2017 Sony Xperia XZ1. As I mentioned in my review for the XZ1, the phone features Qualcomm’s aptX HD audio tech, whereas the Nexus 5X does not. As for headphones, I tried the GET with a pair of Apple Earpods, as well as a pair of Libratone Q Adapt headphones — which not only come with a 3.5mm audio cable, but also feature the aptX HD audio standard as well.

I got the best results when I paired the GET to the XZ1 while listening to music using the Libratone Q Adapts. This shouldn’t be a surprising revelation. When I combined the $1,000 CAD phone with the $250 headphones and the admittedly pricey $129 USD audio amplifier, literally everything I listened to — from HAIM’s “Want You Back” to Barbra Streisand’s “Memories” to Delta Goodrem’s “Lost Without You” to Adele’s “Hello” — sounded crisp, clear and deeply, undeniably haunting. 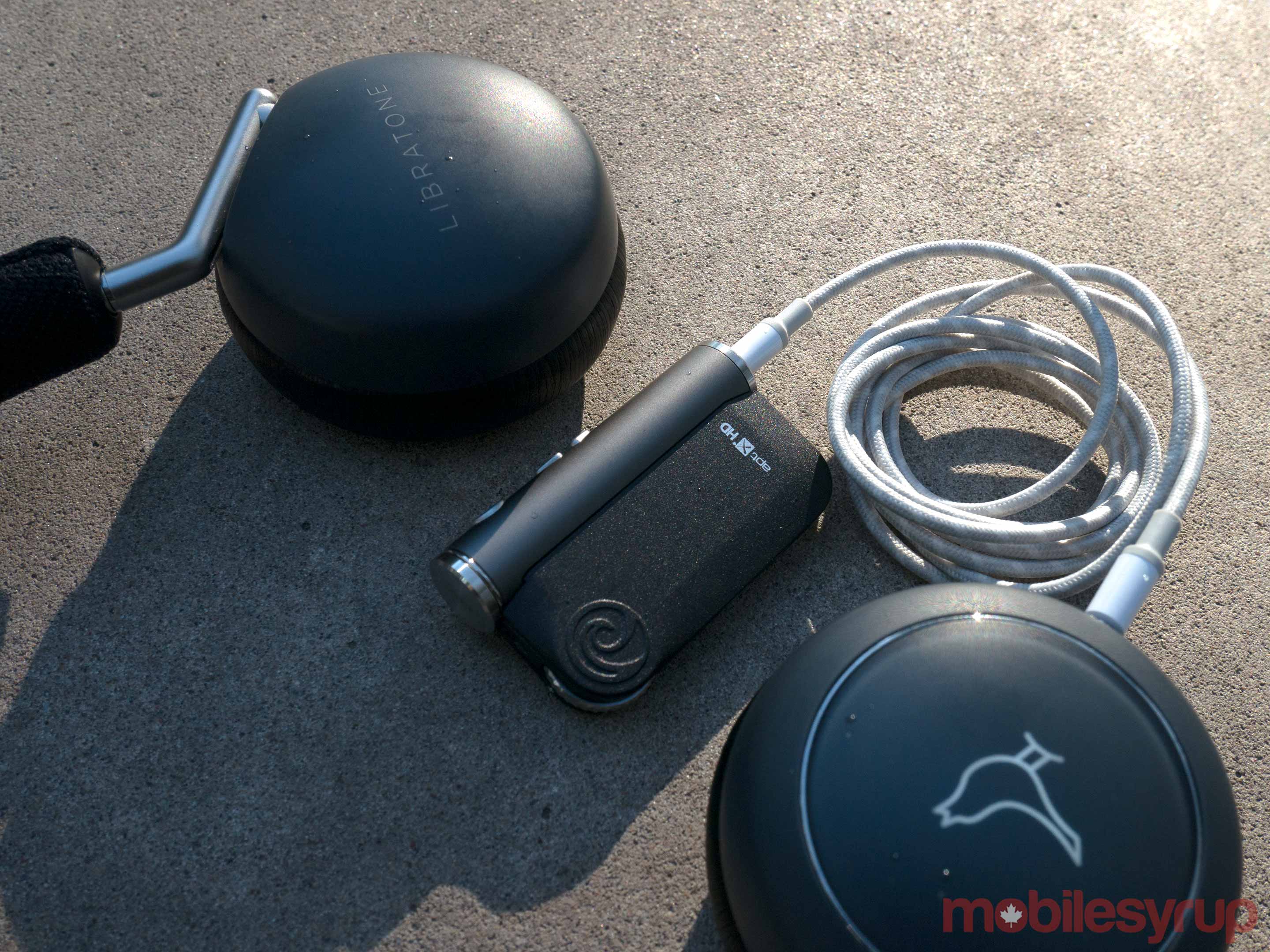 Music that sounds incredible, even if the phone wasn’t heaven

What if you’re not the kind of person who spends their time arguing that the Audio-Technica M50x headphones are actually inferior to the Sennheiser HD650, even if open-ear headphones make it impossible to like the wearer in a public setting?

Well, you’re in luck. Because if you plug a pair of Apple Earpods into a Bluewave GET and then connect the GET to something like a Nexus 5X — a phone that no one on Earth should defend for its audio prowess — you’ll be happy to know that your decision will be well worth it.

The first thing that you notice when you listen to music through the Bluewave GET — on any device, mind you — is just how loud, crisp and clear mobile audio can become. With the Nexus 5X-Earpods set-up, even less astute listeners can pick up on the way that Ian D’Sa’s guitar seems to whine through the amp in Billy Talent’s “Fallen Leaves.” And that’s simply because the GET gives listeners the ability to turn up the volume.

A core problem with mobile audio isn’t just that the devices don’t carry powerful DACs capable of converting audio into something actually worth enjoying. Honestly, mobile audio is annoying simply because smartphones, tablets, etc. limit how loud sound can get. It doesn’t matter if you listen to music using an expensive pair of headphones or a cheap pair of earphones — your phone just won’t get loud enough. Individuals with especially adept ears will be able to pick up on the intricacies of the drums blending almost seamlessly with the synth-like bass in Rostam’s “Bike Dream,” but everyone else just hears a good song that sounds okay.

I’ve got a feeling that this isn’t for everyone

As much as I love the Bluewave GET, there’s no avoiding the fact that the device does have some issues.

First of all, while the device is sturdy and well-made, its plastic body does feel rather cheap — especially in comparison to the cool metal that houses some of the audio components. Next, there’s the simple issue of price. At $129 USD — and the GET’s creators Pierre Lelièvre and Stephane Lepage promise that the device will get formal Canadian pricing soon — the audio amplifier does seem pricey.

In fact, ignoring all of what I love about the Bluewave GET, it’s that issue of price that makes reviewing this product so difficult. I personally believe this is a price worth paying. But, then again, I almost exclusively listen to music on my phone, and I’m tired of having to settle for less-than-incredible.

The question of necessity comes down to a matter of individual preference. How much do you value mobile audio? How much have you already spent on audio hardware? How much do you like or dislike Bluetooth? Finally, can you really tell the difference between audio played on a pair of $40 headphones versus $200 headphones beyond mere loudness?

Still, for those mobile devices owners to whom audio quality genuinely, truly matters, this isn’t just a gadget -- it’s practically a necessity.

"This is perhaps one of my favourite mobile accessories."

The HiBy audio player is a budget device for audiophiles