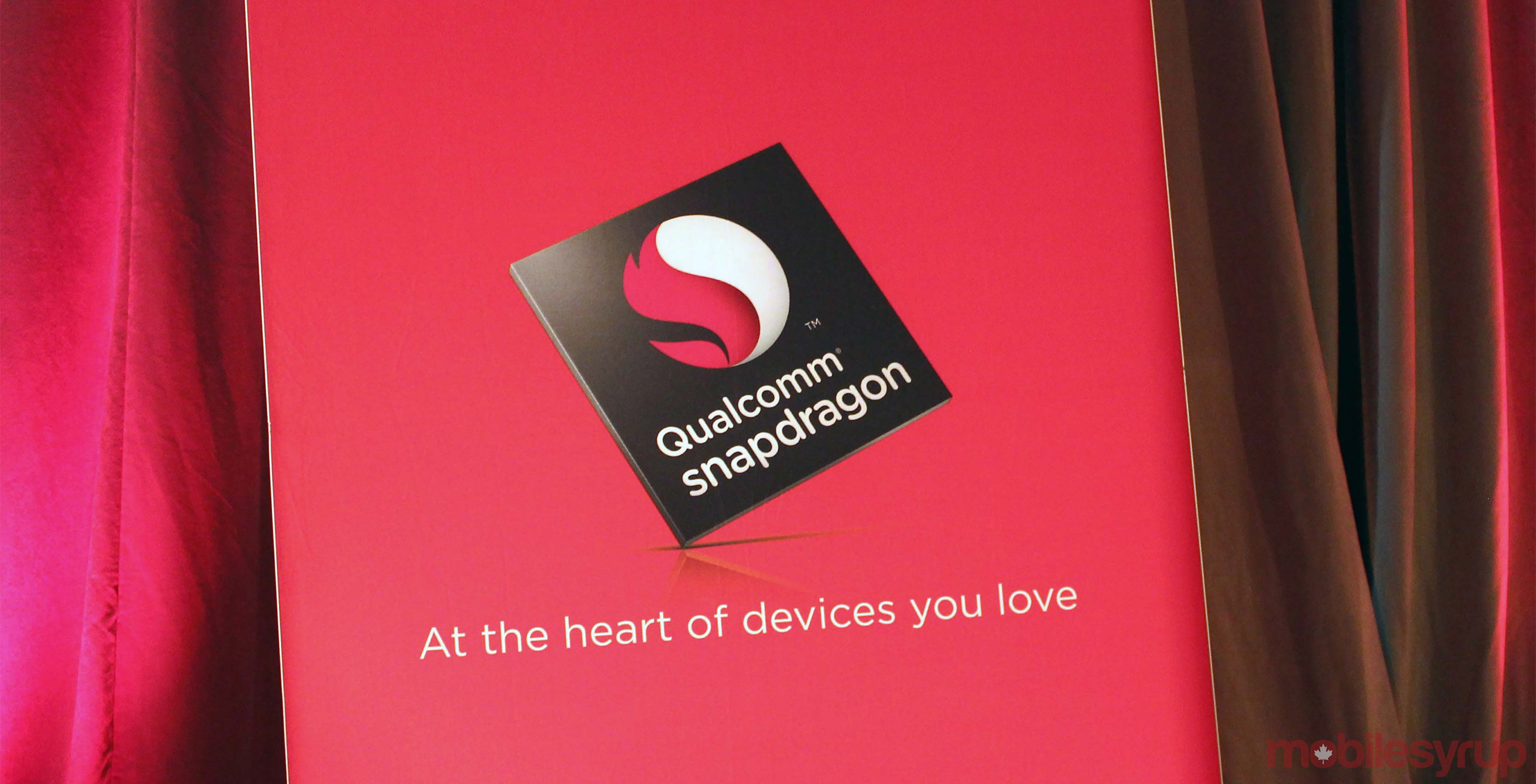 For anyone following Qualcomm’s increasingly heated legal battle with Apple, it’ll come as no surprise that when the chipset company commissioned a study on the gigabit LTE performance of its Snapdragon X16 modem, it pitted its performance against that of certain ‘non-Android’ flagships.

Since there are only two major operating systems — Google’s Android and Apple’s iOS — you don’t have to be good at reading between the lines to catch the subtext there.

The study comes after a recent Wall Street Journal report alleged that Apple “is designing iPhones and iPads for next year that would jettison the chipmaker’s components.”

In the study, which Qualcomm commissioned from Signals Research Group (SRG), the company compared a” Gigabit LTE smartphone (Category 16) like the Samsung Galaxy S8 vs. a smartphone that only supports Category 12 LTE (up to 600 Mbps peak download speed).”

The chipset manufacturer added: “The latter represents the LTE capabilities of some recent non-Android flagship smartphones.”

“The latter represents the LTE capabilities of some recent non-Android flagship smartphones.”

It should be noted that wording here is chosen judiciously, since some iPhone X and iPhone 8 devices do have the X16 modem. They key term there is ‘some.’ Apple dual sources its parts and also purchases modems from Intel, which wasn’t able to produce a gigabit-capable modem in time for the new devices’ release. Because of that, Bloomberg asserted back in June that Apple declined to give any of the new devices gigabit speed capabilities.

Thus, in its statement about non-Android flagships, the company says “capabilities,” not modems. It’s merely inferring that the speeds of the newest iPhones are at the level of a Cat 12 modem.

The tests, unsurprisingly, show how much better the Galaxy S8 with a gigabit LTE modem fares against the smartphone with the Cat 12 modem.

Using real-world metrics, the tests showed improved performance over a Cat 12 modem even on a non-gigabit network. For instance, SRG reported that the S8 with gigabit LTE experienced 33 percent fewer video freezes than the Cat 12 modem when streaming video at 15Mbps encoding in poor conditions. 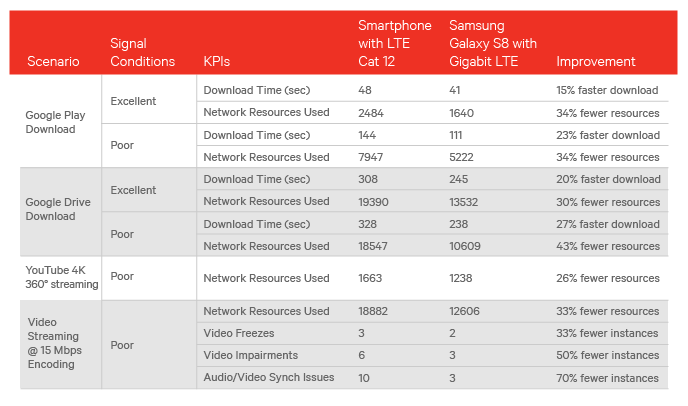 The report also expounded on the benefits of its work in License Assisted Access, or LAA, which combines unlicensed 5GHz spectrum with licensed spectrum increase network capacity.

The extensive report can be found in full here.