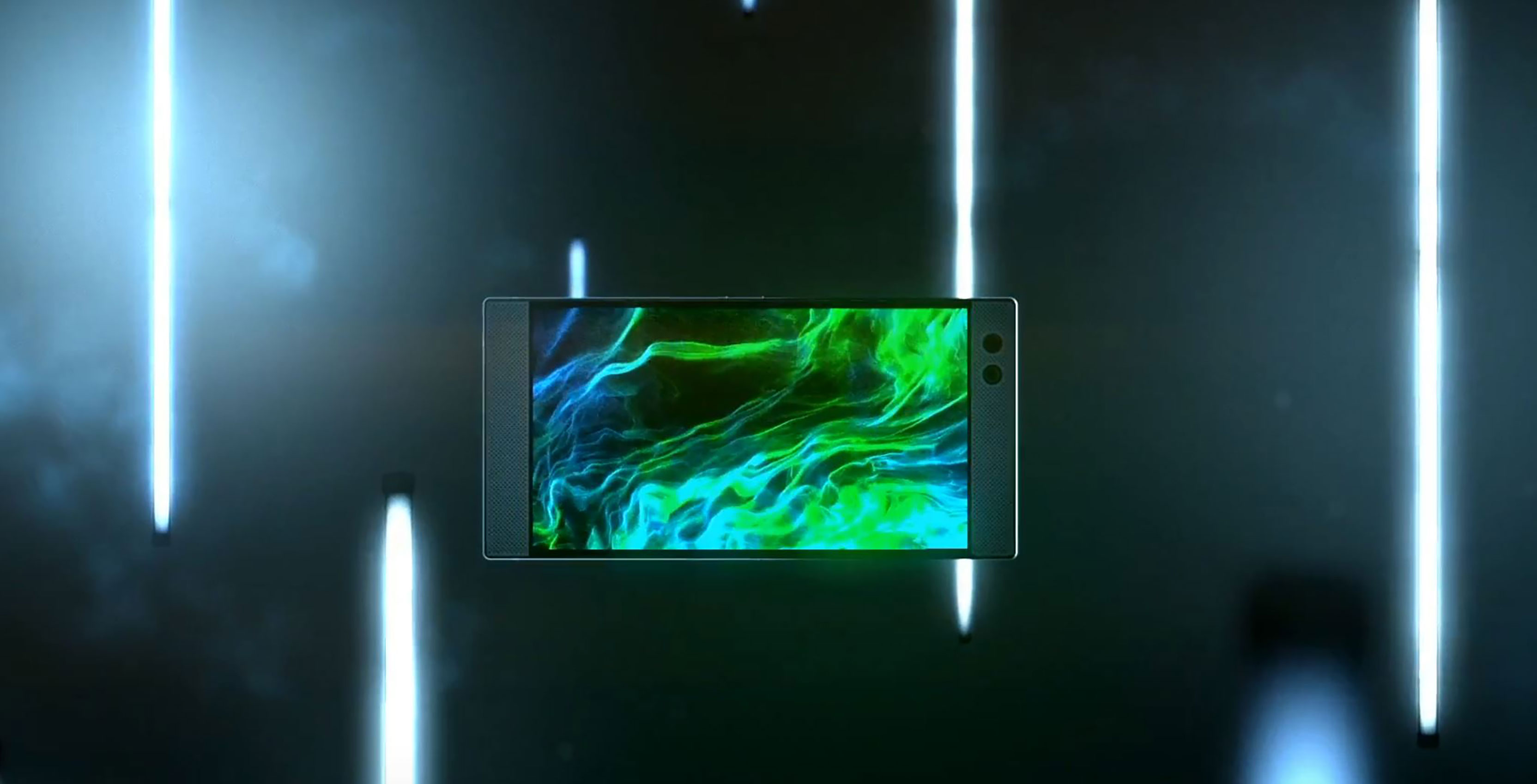 Razer has announced its first smartphone, the Razer Phone, a device it says embodies “the ultimate in mobile entertainment.”

The Razer Phone is a handset that is designed with gaming and entertainment in mind, which goes hand-in-hand with the company’s slogan for the phone: “Watch, Listen and Play.”

Over the last few years, Razer has acquired Ouya, the ill-fated Android-based Kickstarter gaming console, smartphone maker Nextbit, and other talents to develop its own smartphone.

This means that the device’s display runs at a 120Hz refresh rate, reducing the blur commonly found on mobile displays, removing ghosting and creating an image that is buttery smooth. Apple features a similar blur removing feature in its most recent iPad Pro models called ProMotion. 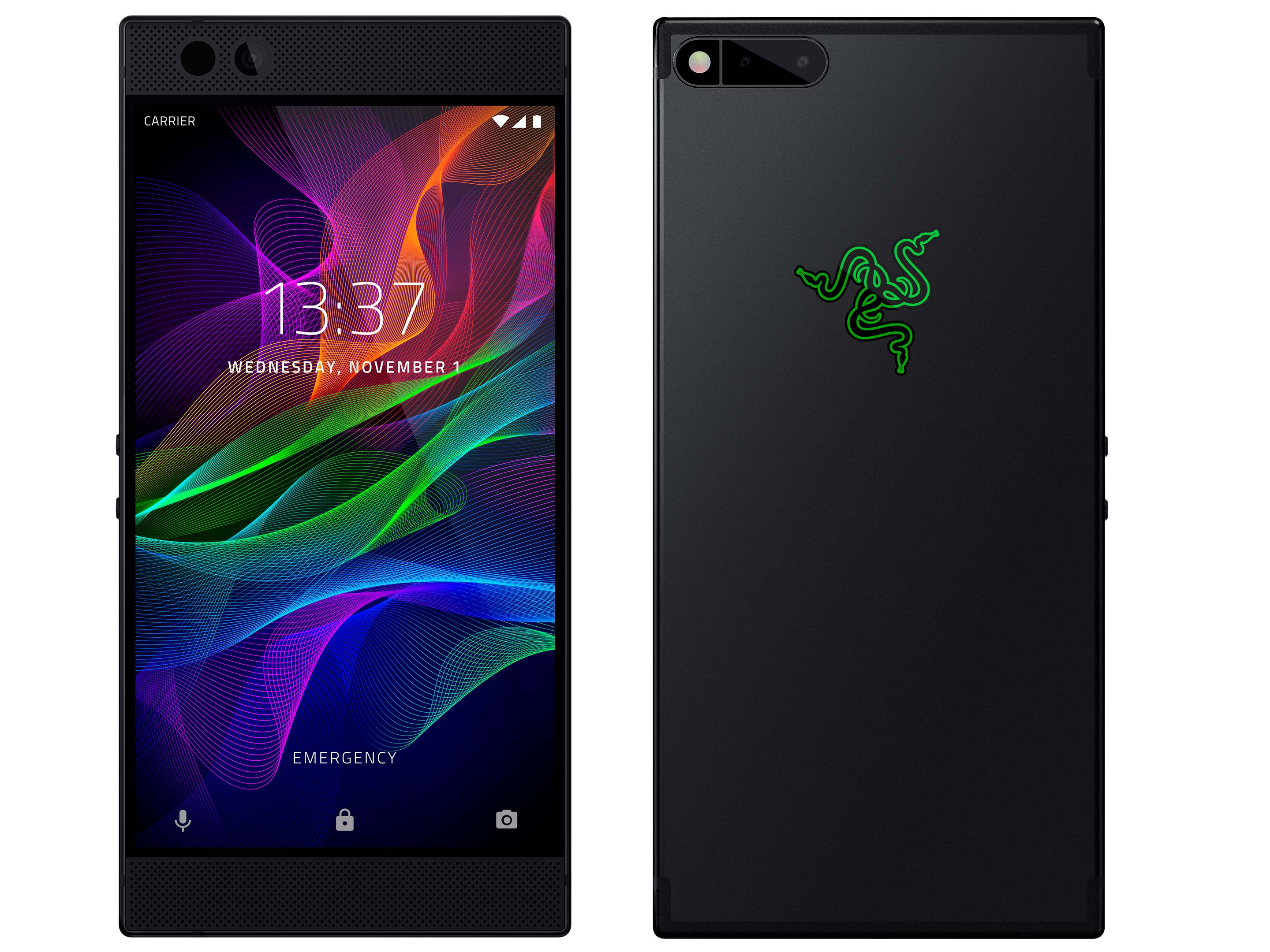 Meanwhile Razer’s “Ultra Motion Display,” which was built together with Qualcomm, is able to keep up with this refresh rate, while also adding battery life improvements.

The second thing that Razer focused on was the handset’s audio quality. The Razer Phone features cinematic audio and claims that the device is “probably the loudest phone out there.” Additionally the Razer Phone features Dolby Atmos sound and is certified by THX. The phone features dual front-facing stereo speakers, each with a dedicated amplifier, along with a 24-bit DAC.

Razer sys that the phone features “insane” performance and includes an octa-core Snapdragon 835 chipset backed by 8GB of RAM. Razer also claims that the Razer Phone outperforms all other Snapdragon 835 processor devices in terms of thermal performances. 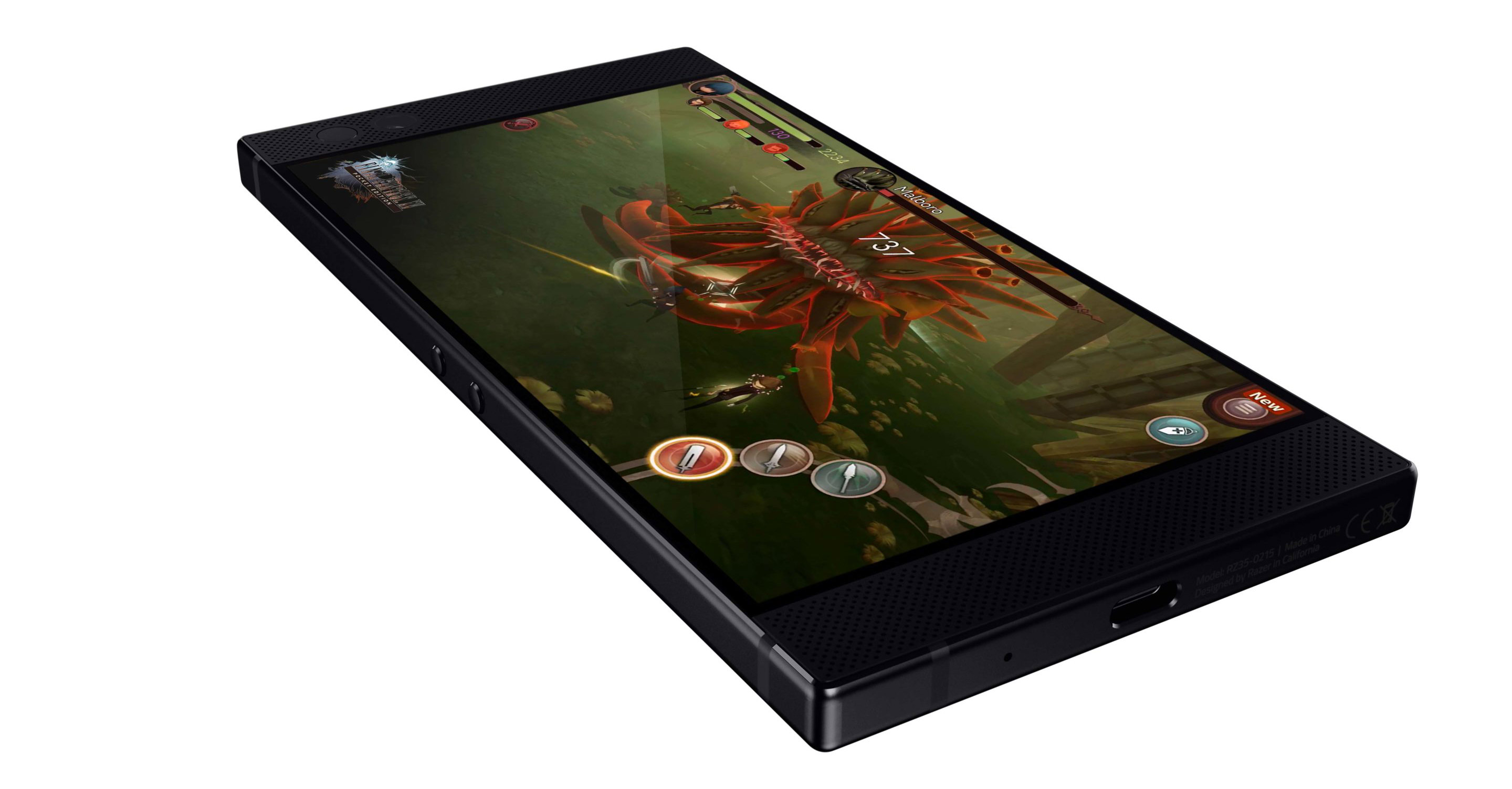 The fourth feature Razer says makes its new smartphone stand out from the competition is the device’s 4,000mAh battery. The company says that the battery allows for 12.5 hours of movies, 63.5 hours of music and seven hours of gaming. The Razer Phone will also ship with Qualcomm Quick Charge 4+, allowing the device to charge rapidly.

As for the camera setup, the Razer Phone features a dual-rear camera setup with a 12-megapixel sensor and a 13-megapixel lens, one shooter featuring a 120-degree wide angle lens. Razer also promises that it will dish out more software updates for the camera that are set to be released in a few months.

Other specs include 64GB of expandable storage, an 8-megapixel front facing camera, Android 7.1.1 with Android 8.0 Oreo coming in early 2018 and free Nova Launcher Prime Razer Edition, as well as a side facing fingerprint sensor made into the device’s power button.

Razer has also announced that there will be multiple mobile games, solely designed for the Razer Phone such as Arena of Valor, Tekken and Final Fantasy XV.

We’ve reached out to Razer Canada about Canadian availability and pricing, however in the U.S. the device is being sold for $699.99 USD (about $900 CAD). The Razer Phone is coming out on November 17th in the U.S. and Europe, according to the announcement.