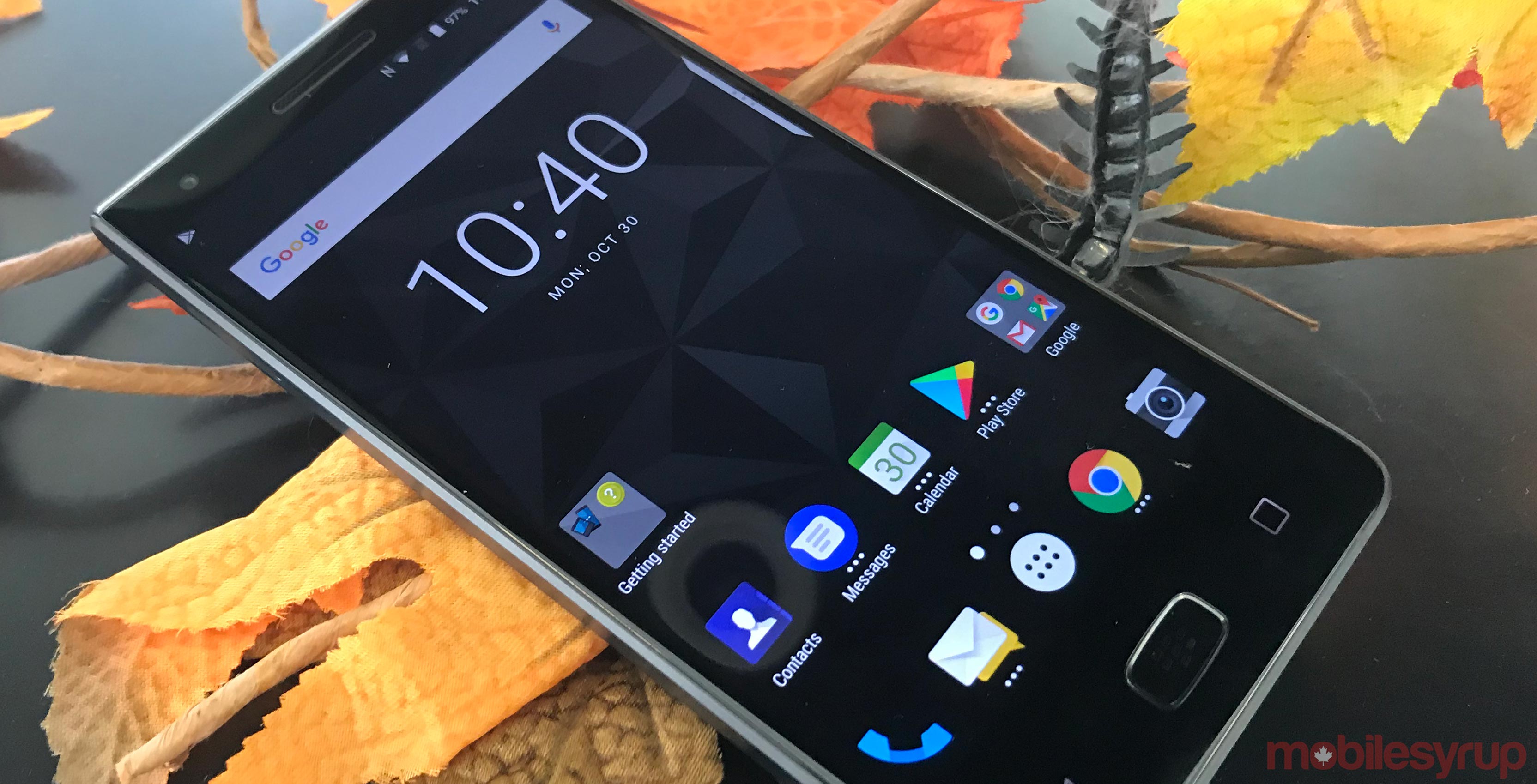 When TCL unveiled the physical QWERTY KEYone, loyal BlackBerry users flocked to the Android smartphone. Many were saying it was the device that BlackBerry Ltd. should have released long ago. However, it took TCL and its design and marketing power to launch it worldwide.

Now, a year later, the company is back with its second Android device and it’s coming to Canada. The Motion will be available on November 10th from Bell, Telus, Koodo and SaskTel.

We caught up with Jason Gerdon, Associate Director, Global Communications at BlackBerry Mobile; Trudy Koen, Director of Brand and Marketing at BlackBerry Mobile (both pictured above); and Patricia Querin, Senior Product Manager at BlackBerry Mobile, to discuss the future of the company, how the new all-touch device fits in the Canadian market and its portfolio of devices.

How many people are now employed in Canada for the TCL-BlackBerry initiative?

We have them split between a couple offices in Canada for BlackBerry Mobile. We have a small office up in Waterloo and a small office in Mississauga, with between 10 to 15 employees in total. We are basically a year-on from when the agreement was signed with BlackBerry Ltd.

How do you find the transition going?

Tell me about the device.

With BlackBerry Motion we kept a lot of that core ethos from what we brought from the KEYone. So, same purposeful reliability, productivity, security and privacy features. What is interesting with the Motion is that we actually had really started to transition that conversation just security to additional privacy features.

Will the BlackBerry Motion be upgraded to Android Oreo?

Yes, it will come in the New Year. It is launching on very similar software to what the KEYone has, but just like the KEYone, it will have an upgrade path to Oreo.

The Motion has an all-aluminum frame, the first IP67-rated BlackBerry smartphone for dust and water, USB-C, Quick Charge 4.0. When we talk about BlackBerry Motion, it’s made for real life. This is the BlackBerry for people who want to have an all-touch device.

What is different between the DTEK60 and the Motion?

Specs are obviously one differentiator. What I would say is a big difference is that the DTEK60 was the early iteration of the partnership with BlackBerry Ltd where they were taking a TCL reference design and putting BlackBerry software into it, whereas BlackBerry Motion is built from the ground up and purposely built to be a BlackBerry Mobile smartphone. So you’re not going to find this anywhere else in the TCL portfolio.

Why would someone buy the Motion over the KEYone or a competitor?

I look at the newer all-touch devices out there, like the Note or the Pixel. Somebody who wants to have a high performance — not just specs but something that is going to perform well and be reliable with consistent security updates — so if you start thinking in those terms, people will buy the Motion for its value. It’s half the prices of the others.

We focus on a very specific consumer. The Motion is a ‘distinctly different’ device and if you’re the ‘communication first’ smartphone user, which is who our audience is, you’ll consider the Motion. 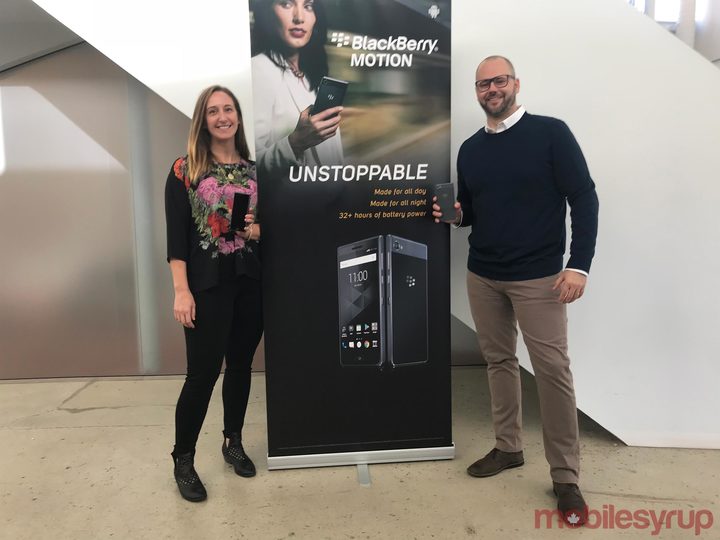 We are not expecting people to use the Motion as a VR device. We went with something that is going to over-index on reliability, productivity and battery.

We also partnered with someone to produce a new display. It’s a nano anti-scratch display. It is 25 percent more scratch resistant than Gorilla Glass 5, so it’s made for real-life usage. That’s the real value proposition here is being able to say, ‘this is the BlackBerry smartphone for folks who want the all-touch form factor but don’t want to think about everyday events.’

In the past year, how has the BlackBerry Mobile brand evolved?

We are committed to building true BlackBerry smartphones that carry that reliability, productivity and security that have been the benchmarks of BlackBerry devices over the years. We said that we were committed to building a portfolio and we are now selling devices globally. This is a great foundation to build upon for what’s coming in 2018 and ahead. We are going to continue to evolve and expand the portfolio.

The Motion is not the flagship smartphone for 2018, correct?

No, I would say if you had to categorize them it’s the KEYone.

When would a new flagship be on the horizon?

Will the portfolio expand past smartphones, like a tablet?

Today, we are focussed on the KEYone and Motion. But again, we will have some more conversations in 2018.

BlackBerry Motion Review: Getting the business