If you can spell it, you can play it 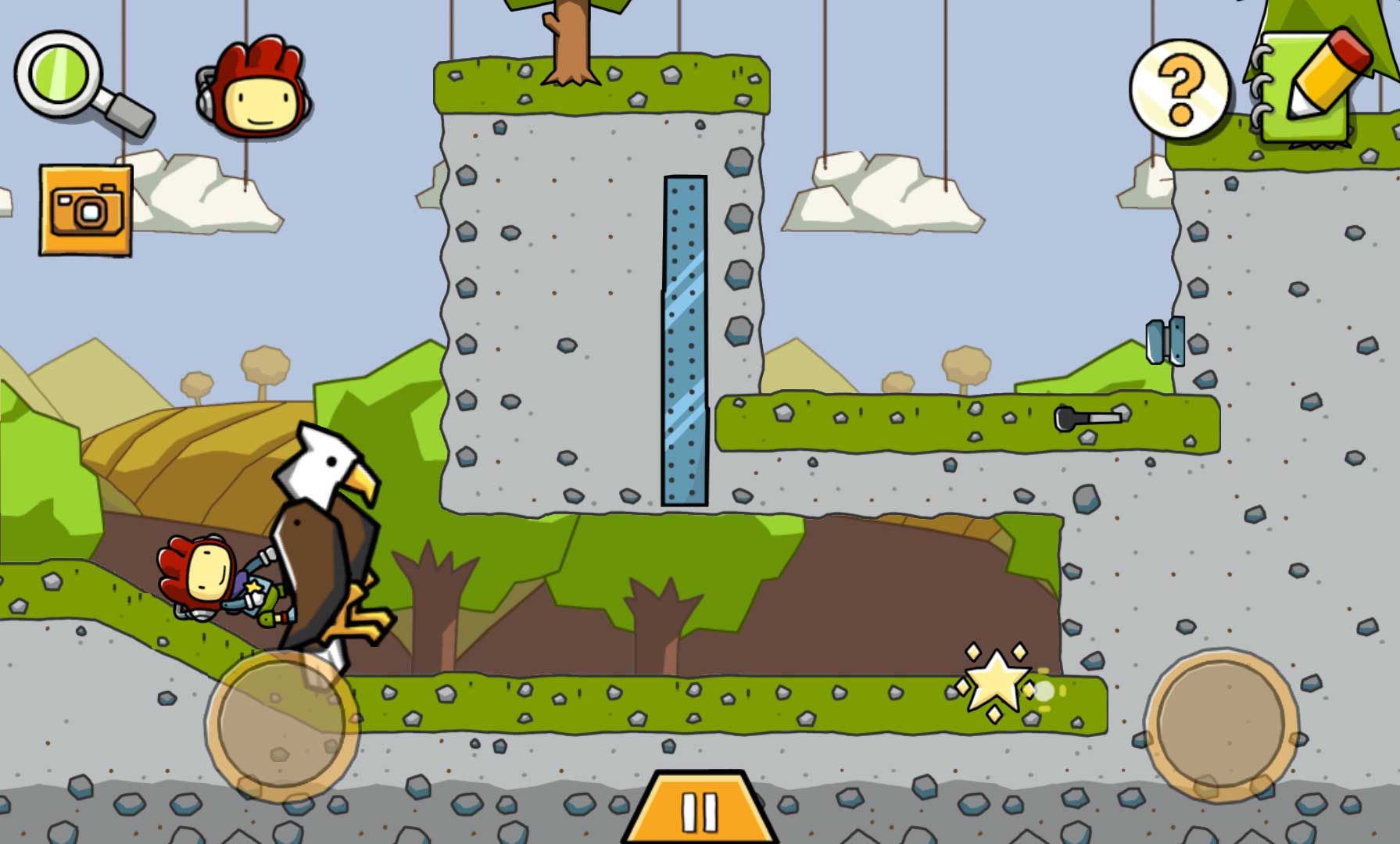 As a game, Scribblenauts Remix seems simple to the point of contrivance. It’s a puzzle title based on the Nintendo DS Scribblenauts game from developer 5th Cell in which players control Maxwell, a young man with a magical notebook that brings to life whatever item is written in it. Players journey through 40 different levels, solving puzzles that increase in difficulty by typing in different nouns — that can be modified with adjectives — in order to collect ‘Starites.’

Some Starites are hidden away behind obstacles. Some Starites are only collected if Maxwell helps individuals in need. For instance, an early level has Maxwell attempting to establish a friendly rapport between two step-brothers who share a mutual love of sports. I gave one of the brothers a tennis racket and the other one a tennis ball. 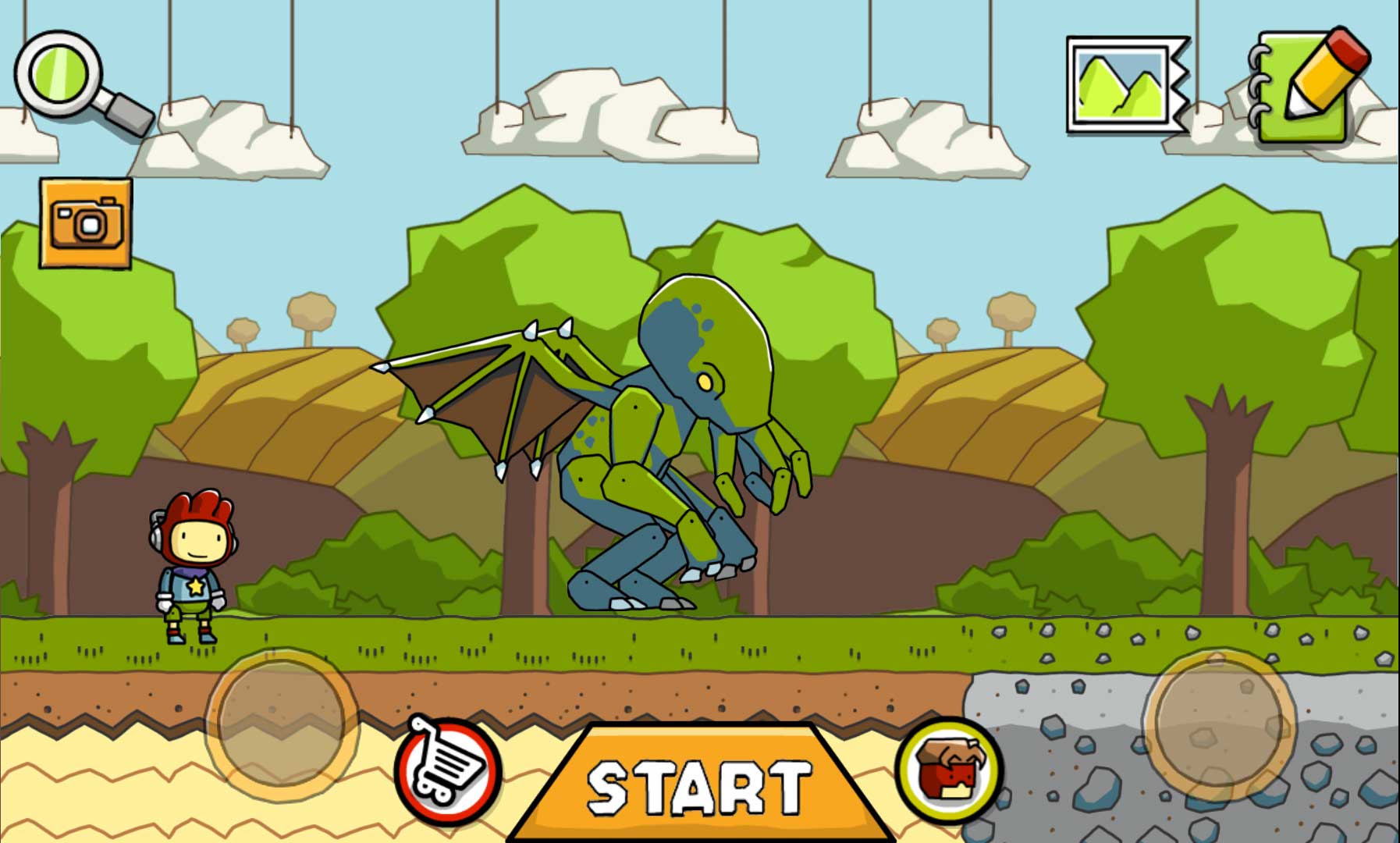 Voila, they quickly became the best of friends, and I won a Starite.

The puzzles in Scribblenauts aren’t particularly difficult. What’s fun, however, is delving into the world of the absurd to solve puzzles, in order to create an external challenge that’s not necessarily established within the game itself.

I could just manifest a ladder to climb up a tree to grab the Starite, or I could burn the tree down using a flamethrower. Or, instead of an axe, I could create an especially large katana. There are also very few puzzles that can’t be solved without calling upon the dark malevolence of the cosmic Cthulhu.

However, there is one downside to Scribblenauts’ easiness. Bare in mind, this might speak to my particular way of thinking and shouldn’t necessarily be taken as a slight against the game itself. Sometimes — not very often, but still more often than I’d necessarily like to admit — I’d find myself stuck simply because I couldn’t decipher what the game wanted me to do. 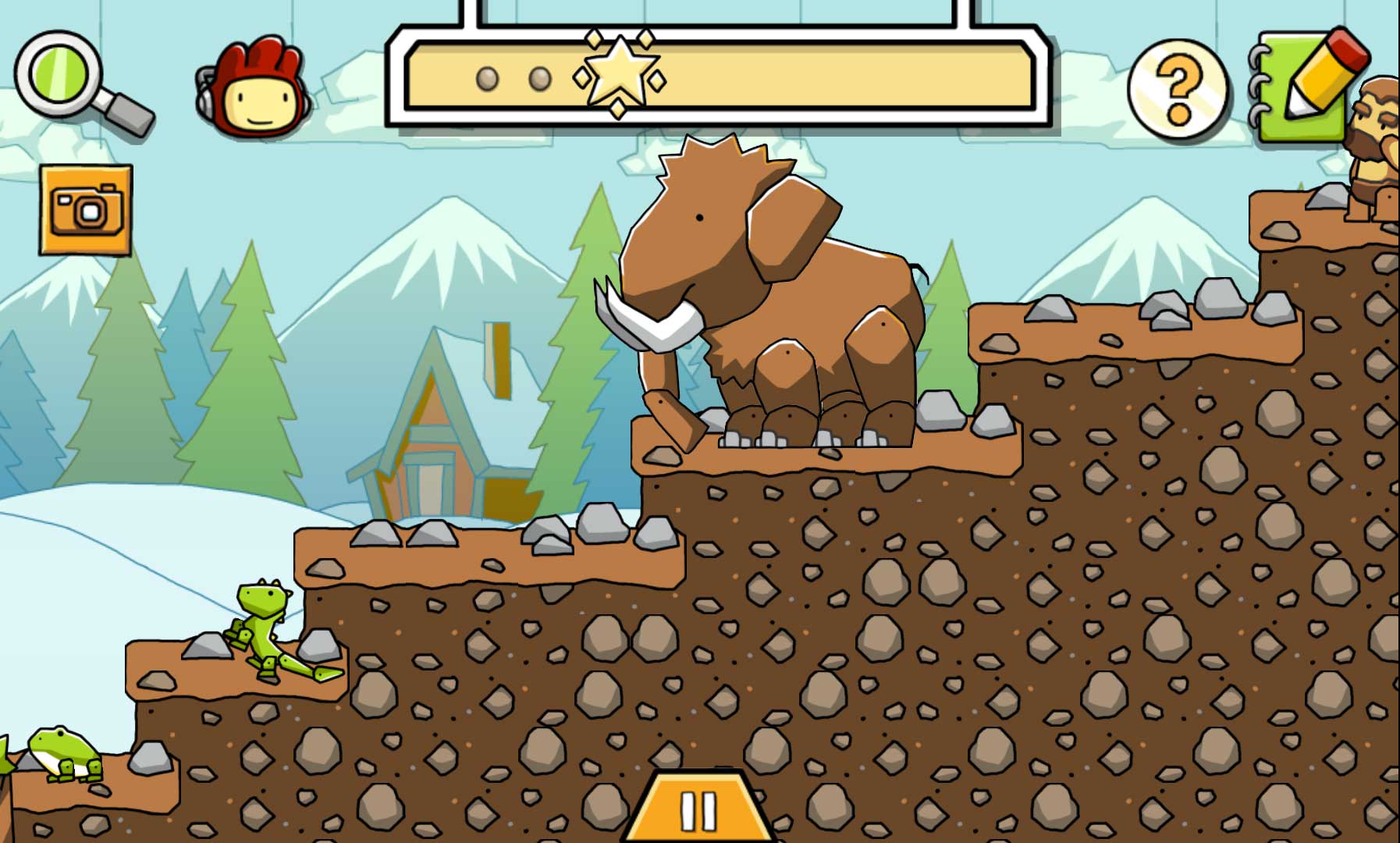 Each level begins with a rule that also serves as the first of three possible hints. These rules can be very specific, but also rather vague. Take, for example, a level that asks players to “Complete the missing links!”

As you can see in the photo above, the puzzle is a rough evolutionary ladder, beginning with an amoeba and fish (off-screen), followed by a frog, a lizard, an empty space, a mammoth, another empty space, culminating in an early hominid that’s most likely a neanderthal. Spoiler alert, the first spot is for a dinosaur and the second spot is for some form of primate. 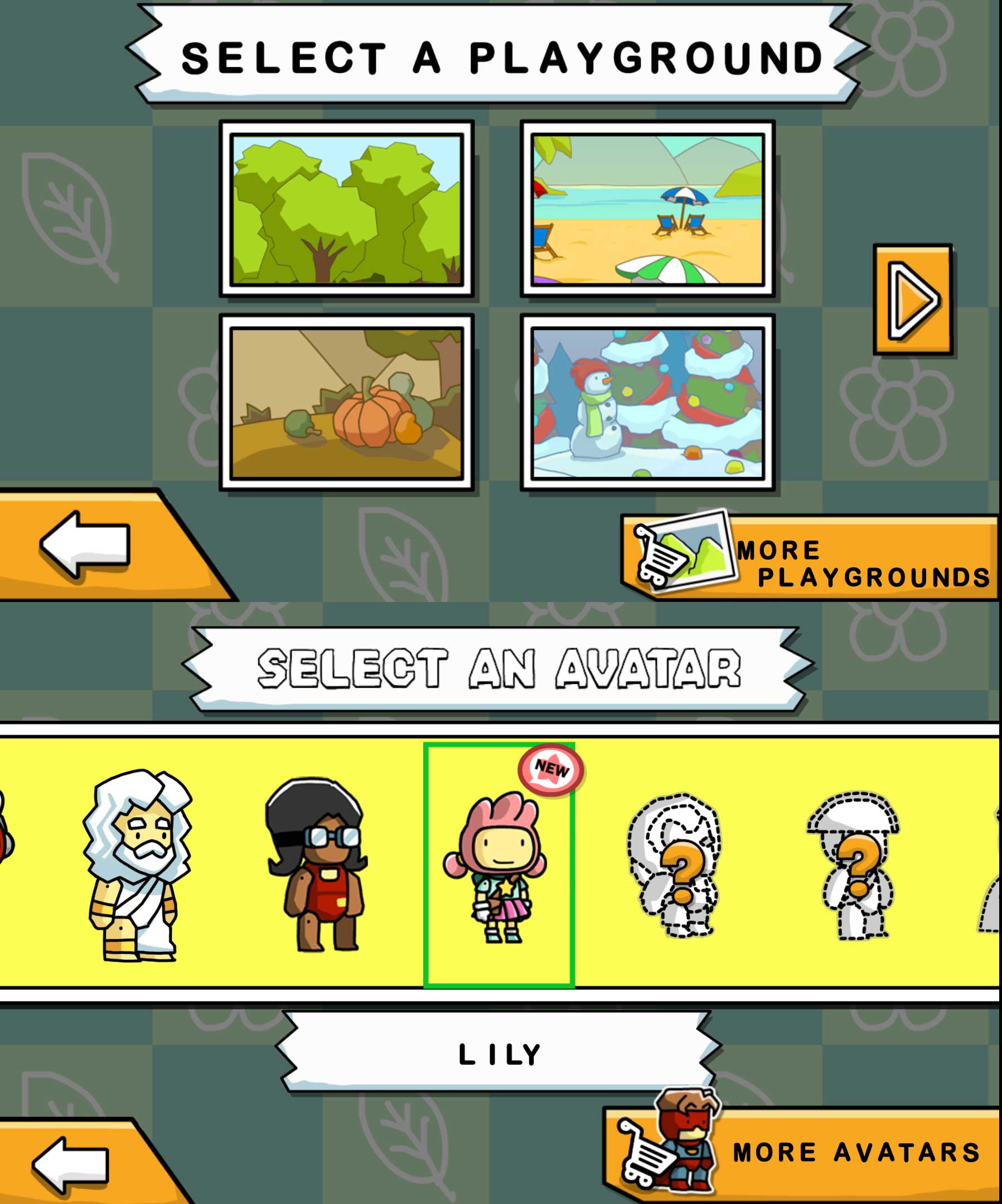 As a side note, even though it’s based on a Nintendo DS property, Scribblenauts Remix is still a mobile game. There are a number of in-game purchases, ranging from level packs to character skins to different backgrounds. Thankfully, all of these micro-transactions are optional and not necessary to progress through the game.