For Tanmay Bakshi, David Moore and Philippe Yu, code isn’t just a hobby -- it’s a way to change the world 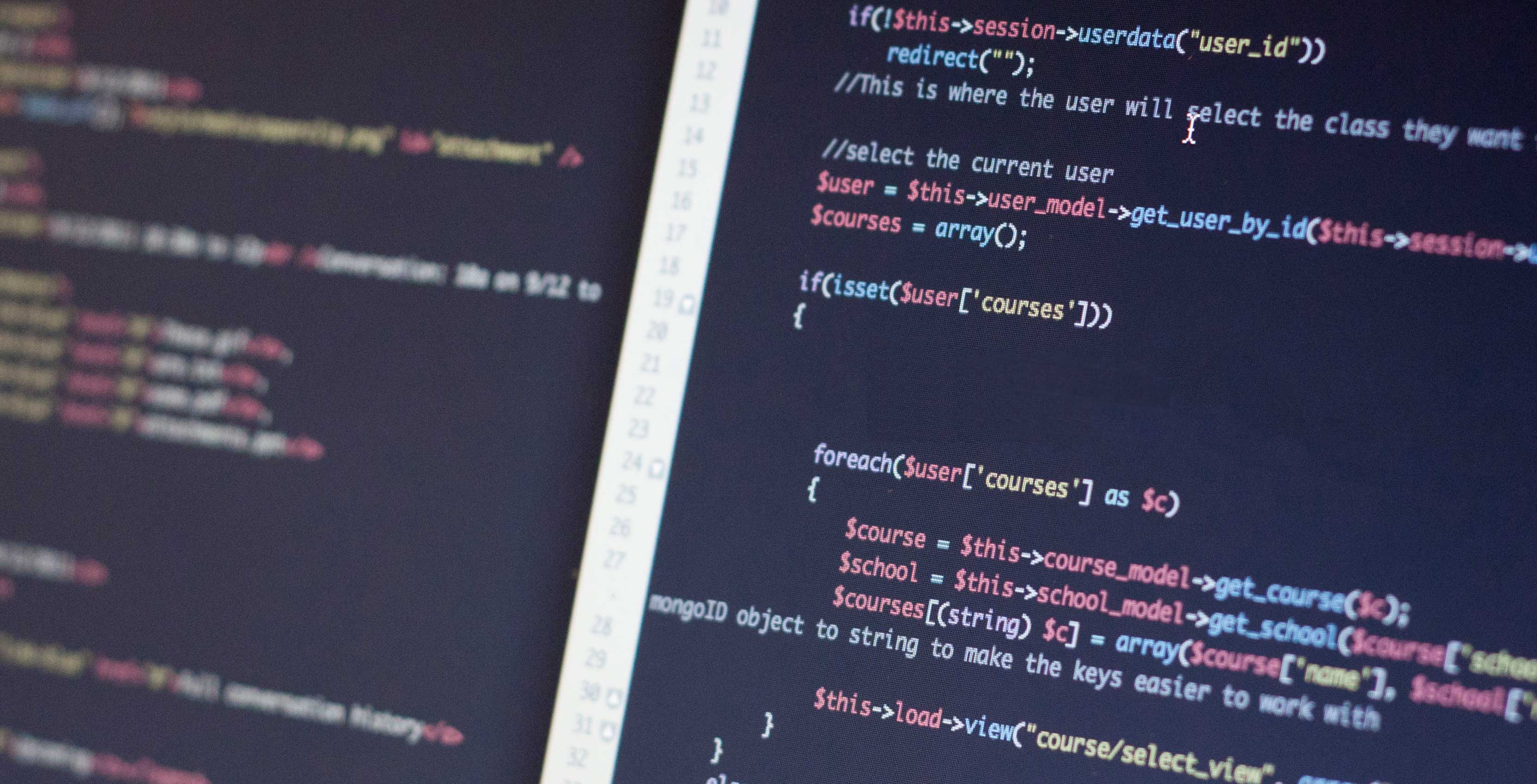 Well, not exactly. What he really wants to do is collect EEG data using a headset connected to a computer capable of transforming all of those brainwaves into something resembling a language decipherable by humans. Natural language processing factors into his plans.

Still, if you take a step back and squint at Bakshi’s ambitions, it’s tough not to imagine that he’s going to crack the complex neural code that connects our brains to the rest of our bodies. 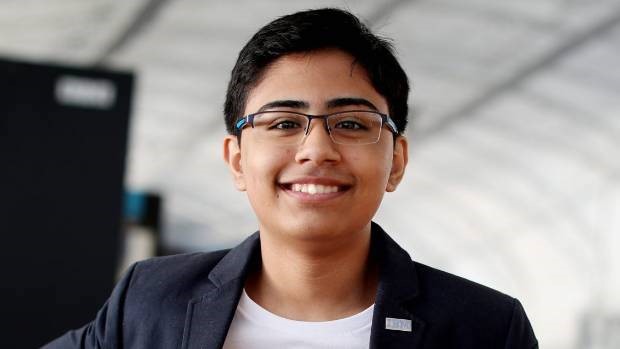 Bakshi isn’t trying to read just anyone’s mind, though. He wants to use his skills to help a 29-year-old woman diagnosed with Rett syndrome, a rare genetic disorder that almost exclusively affects women.

Women diagnosed with Rett syndrome often exhibit no verbal skills. They also have trouble walking, have difficulty regulating emotion, and, in most cases, suffer from seizures.

Bakshi’s working with Darwin Ecosystem, Not Rocket Science and IBM on the project, and while it’s still in its early data-acquisition stages, he’s optimistic that he’ll be able to help his 29-year-old patient.

Not that it matters, but Bakshi’s only 14-years-old.

Get coding early — it’ll make a world of a difference

Bakshi is part of a growing contingent of young developers taking advantage of their youth and their free-time to get a headstart on software development.

That being said, even for young developers, Bakshi started early.

He was five-years-old when he first started programming — learning C++ and HTML to build apps for Windows. 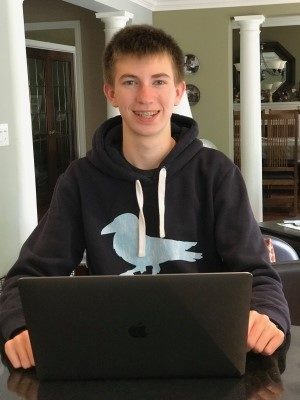 When he turned eight, Bakshi started learning Objective-C, the language that was previously used to build apps for OS X and iOS, before Apple switched to their in-house developed Swift language.

Naturally, he also learned Swift when Apple announced that it was available to the public. Learning Swift also inspired Bakshi to begin working on his first book, Hello Swift!: iOS Programming for Kids and Other Beginners, which was co-written with Lynn Beighley. It was published in August 2017.

There’s no denying that Bakshi’s certainly on the younger side, but he shares a common heritage with Moore and Yu. In one form or another, they all learned about software development at an early age, choosing to learn how to code, while eventually building apps within the Apple ecosystem.

“I’ve gotten quite a bit of experience over the past seven years.”

Moore started with Objective-C, before picking up C++.

“Then I branched into Swift and Java, which are pretty similar,” said Moore. “I’ve gotten quite a bit of experience over the past seven years.”

Moore was able to build an app for Apple TV — a game called QuickSort — that served as his ticket to his first-ever Worldwide Developer’s Conference (WWDC).

As one of the 350 students selected for the scholarship, Moore attended WWDC in 2016. Not only did he get to attend the keynote address, he also got to speak and connect with Apple specialists to broaden his skills and expand his network.

“The college wanted a product that they could use to showcase some of their graphic designs from the graphic design department — designed that students created,” said Moore. “They wanted to be able to showcase these across the campus.”

“You can manage what a whole bunch of Apple TVs display from a single mac,” said Moore. “It runs on the background on Apple, you don’t need the Mac connected at all times.”

Yu’s most-popular app is called Tour Vancouver. As one can imagine, the app is perfect for tourists looking to learn more about Canada’s third-largest city.

Yu says that it’s also great for people from Vancouver — like his mother — who want to know more about the city in which they live.

“I thought, why don’t I make an app for travel in Vancouver, because a lot of these apps don’t have things my mom asks questions [about],” said Yu. “When I drive by a building, she asks ‘What’s that place,’ and I don’t know.”

Yu’s app solves that pesky problem by simply providing users with information when they’re within radius. If Yu’s mother — or anyone in Vancouver — wants to learn more about Stanley Park or the VanDusen Botanical Garden, for example, the app will prompt that information.

One of the things that Yu likes about developing apps for the Apple ecosystem is how accessible it is to outsiders.

“There are so many great resources and the community is so helpful,” said Yu.That’s not hyperbole. Websites like Stack Overflow and the various developer subreddits are full of people asking questions and getting answers. 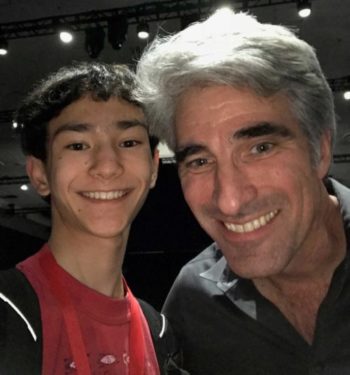 After all, while many of us look at our computers and smartphones and marvel at how they work, the truth is, they’re still just machines built by very curious people looking to solve common problems.

As Moore will attest, it’s also not difficult to scratch that coding itch.

“I hope to change at least one person’s life, even if it’s in the smallest of ways.”

He started when he was 10, all because he learned about the iOS software development kit (SDK) on the Apple website.

“There was a section that said take a look at the SDK — it was for developers to see what was new,” said Moore. “I clicked on that link and stumbled upon the Apple developer website. When I looked at that, I saw that I could actually create apps.”

Moore says that he was transfixed by the sheer possibilities.

“What really came into my mind is that I would be able to make hundreds of different things with software, because the possibilities were so broad,” said Moore. “The ideas that I could actually be able to do by writing code, doing things that could solve problems, improve people’s lives, make a difference — that was really a big part for me.”

Moore now has six apps on the iOS App Store — a considerable feat for any developer, let alone one who’s barely started his last year of high school.

Suffice it to say, children learning to code certainly isn’t another silly fad.

“I hope to change at least one person’s life, even if it’s in the smallest of ways,” said Moore. “I want to make a difference.”