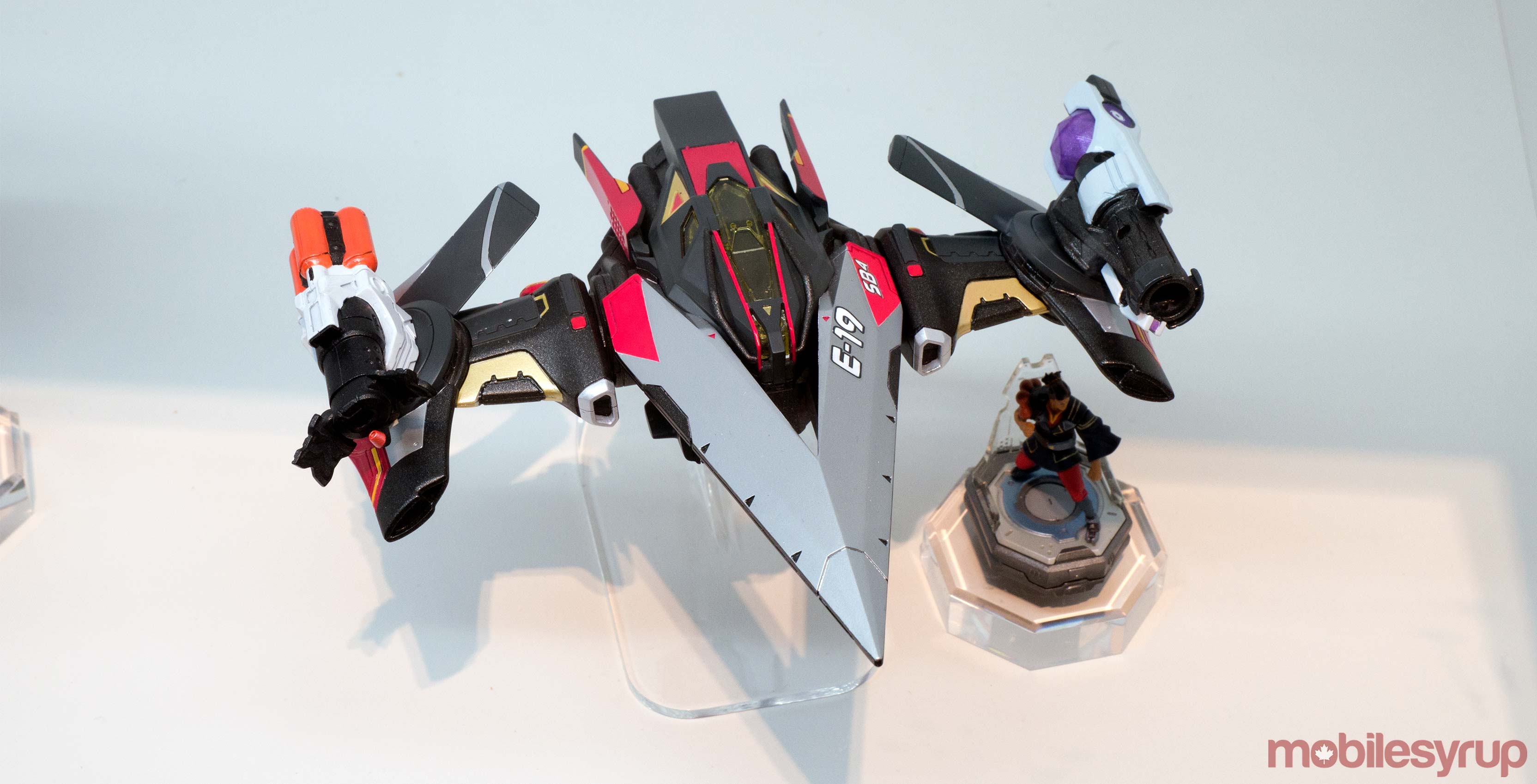 Just a few years ago toys-to-life video games were some of the most popular titles in the gaming industry.

Now, with Disney Infinity getting cancelled, Skylanders taking a year off and it being unclear if we’ll ever get a sequel to Lego Dimensions, that’s no longer the case. In fact, until Ubisoft’s recent E3 2017 keynote, it was safe to assume that the toys-to-life genre was dead, with Nintendo’s amiibo being the only remaining major contender.

At one point, however, the concept of interacting with a digital world through physical objects seemed like the future of gaming, at least for the medium’s younger demographic.

Now eight years after first opening its doors, Ubisoft Toronto, the studio behind Splinter Cell: Blacklist, has revealed a new take on the concept through Starlink: Battle for Atlas.

Unlike past titles that fall into the toys-to-life genre that were typically action platformers, Starlink takes a different approach. Players take control of a modular spaceship that actually sits on top of their controller, a move that seems somewhat awkward at first, though it actually ensures the player is closer to the toy, making it easier to interact with.

“For the team back in Toronto, this is definitely a big moment for the studio,” said Laurent Malville, creative director on Starlink at Ubisoft Toronto, discussing what it was like to work on the game in secret for such an extended period of time.

In Starlink, players are able to dismantle the game’s ships and add various weapons. When you remove an item from a physical ship, it instantly vanishes in-game. Likewise, adding a different type of wing or weapon, which each featuring their own specific purposes and advantages, causes it to appear on-screen and in-game, as soon as it snaps onto the real-world craft. 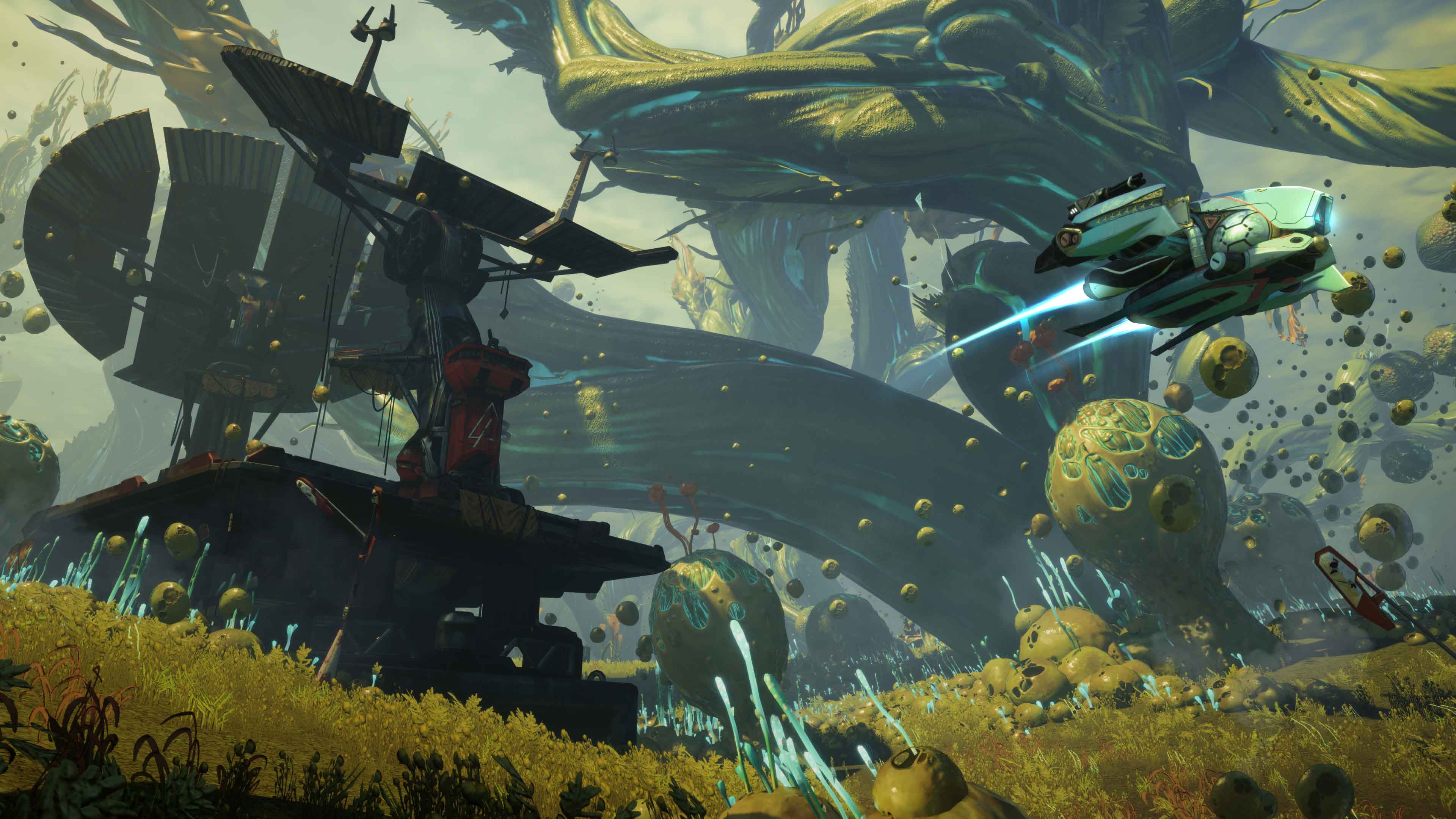 “The cool thing is every part is completely compatible,” said Malville, emphasizing the versatility of the game’s surprisingly detailed, 1980s Transformers-inspired modular ships.

For those not interested in playing Starlink with the game’s physical toys, players also have the option to leave the collectibles on their shelf and move through the title by changing up their ship’s construction without the use of the accessories. Furthermore, those who don’t want to buy additional toys — Malville says the entire game can be completed without buying additional figures — can buy additional ship parts through in-game transactions.

“We started developing the game with the idea that it would be for players eight to 11 years old. But something funny happened during development. We had lots of instances where players’ parents or siblings saw it and said, ‘I actually want to play that,’ said Malville. 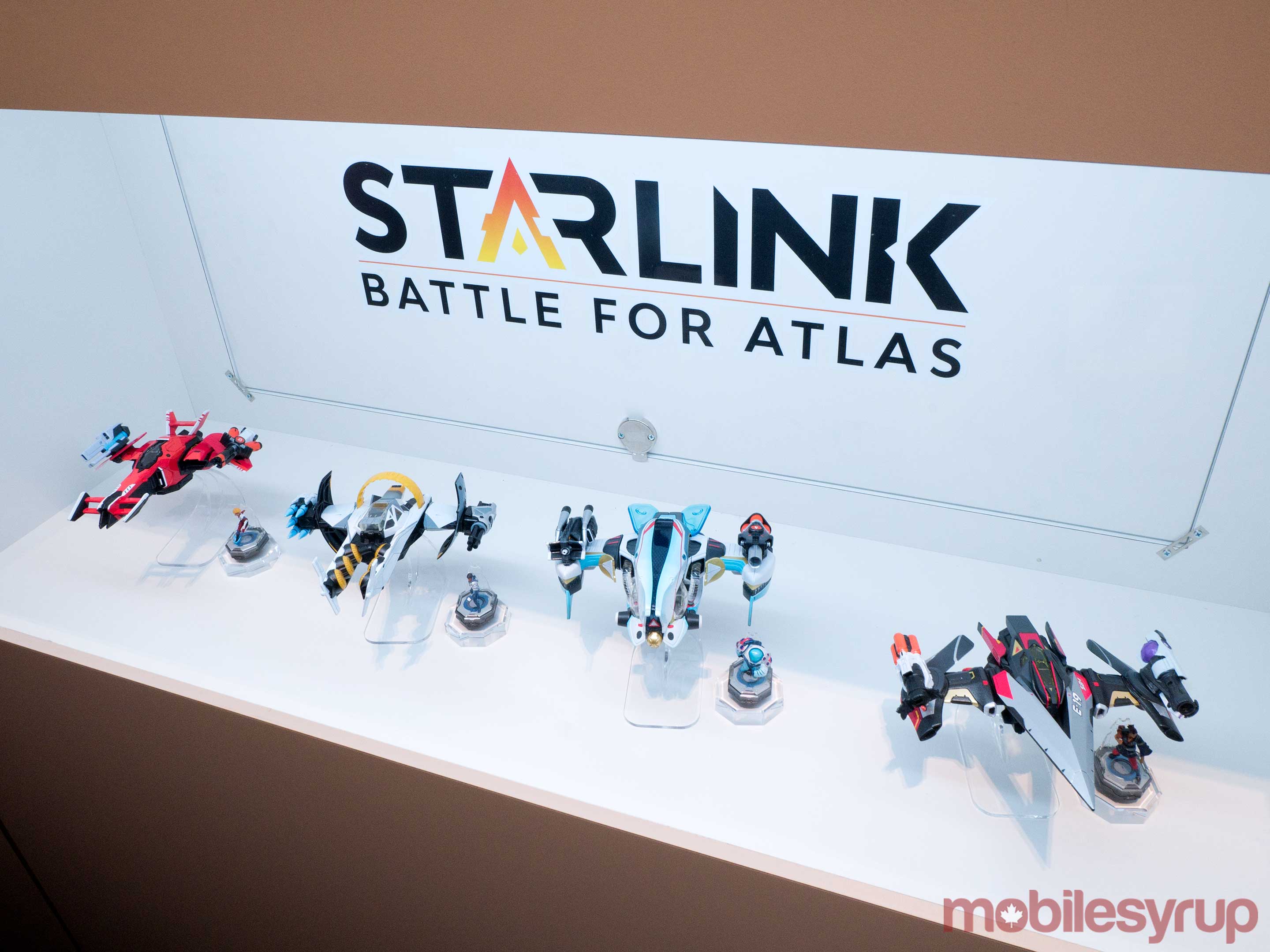 Gameplay wise, Starlink seems to have a lot in common with Nintendo’s Star Fox franchise, though the title adopts an open-world that allows players to travel through space and land on various planets.

“All spaceships have the ability to fly in space, of course, but also in low altitude on the surface of the planet, and we allow you to explore those worlds at your own pace,” said Malville. Furthermore, even in its early state, Starlink seems to run solidly, which isn’t always the case for all of Ubisoft’s titles, particularly the recently revealed Assassin’s Creed Origins.

Ubisoft Toronto’s last full game was Splinter Cell Blacklist, a game that was well-received by critics but sold disappointingly. The studio then went on to support the development of Far Cry 4, Far Cry Primal and Assassin’s Creed Unity, in various capacities. 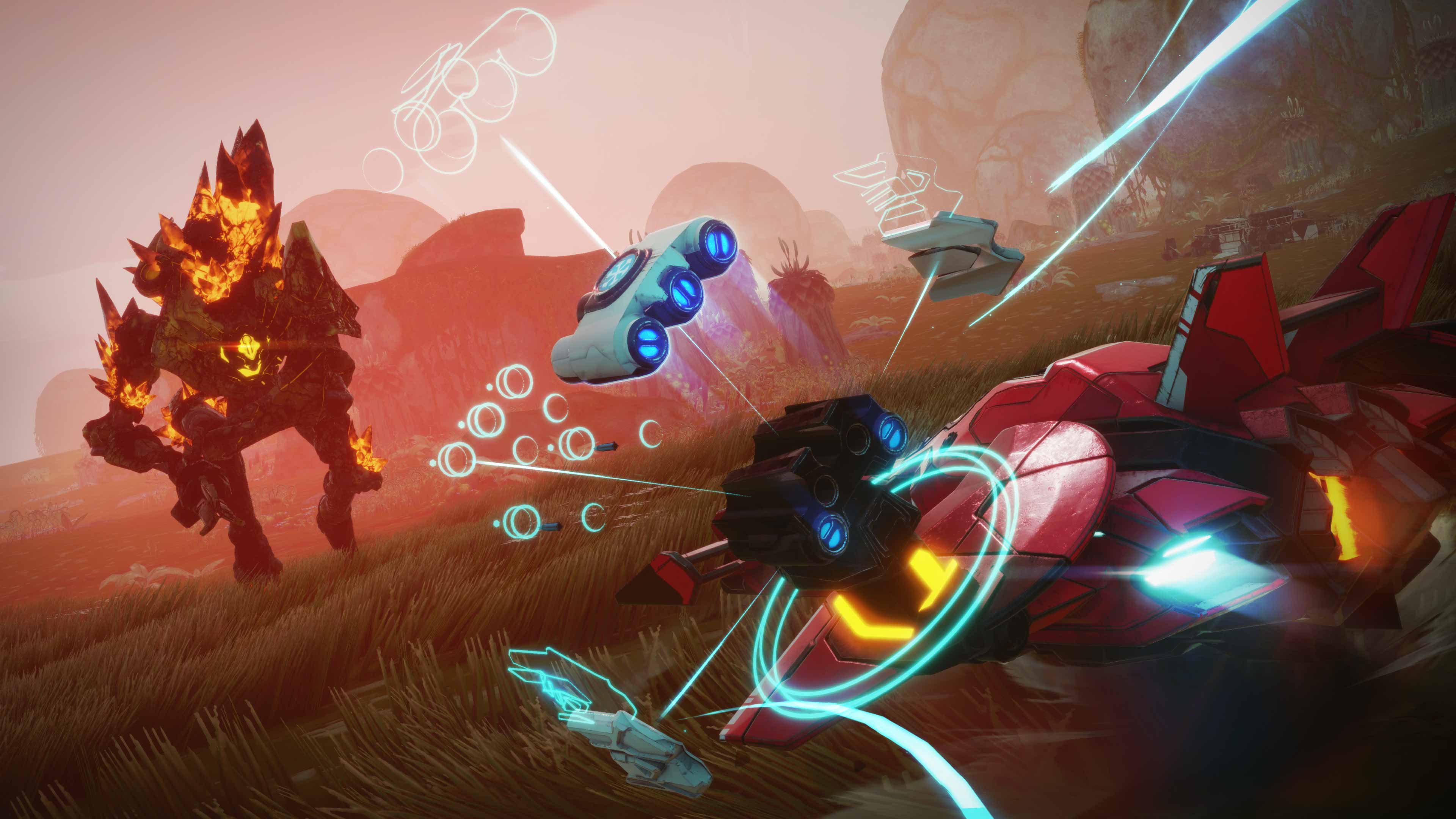 Starlink’s long development cycle started with a small team at Ubisoft Toronto prototyping various concepts before eventually moving on to the creation of the full game, following the approval of the company’s CEO Yves Guillemo.

Still, releasing a toys-to-life title seems like a risky move on Ubisoft’s part, despite offering what seems like a compelling experience that’s different from the games that came before it. It remains to be seen if Starlink will appeal to the family audience Malville is hoping it will and whether or not there’s still an appetite for physical toys interacting with a digital world in 2017.

Starlink: Battle for Atlas is set to release in Q4 2018 for the Nintendo Switch, Xbox One and PlayStation 4.