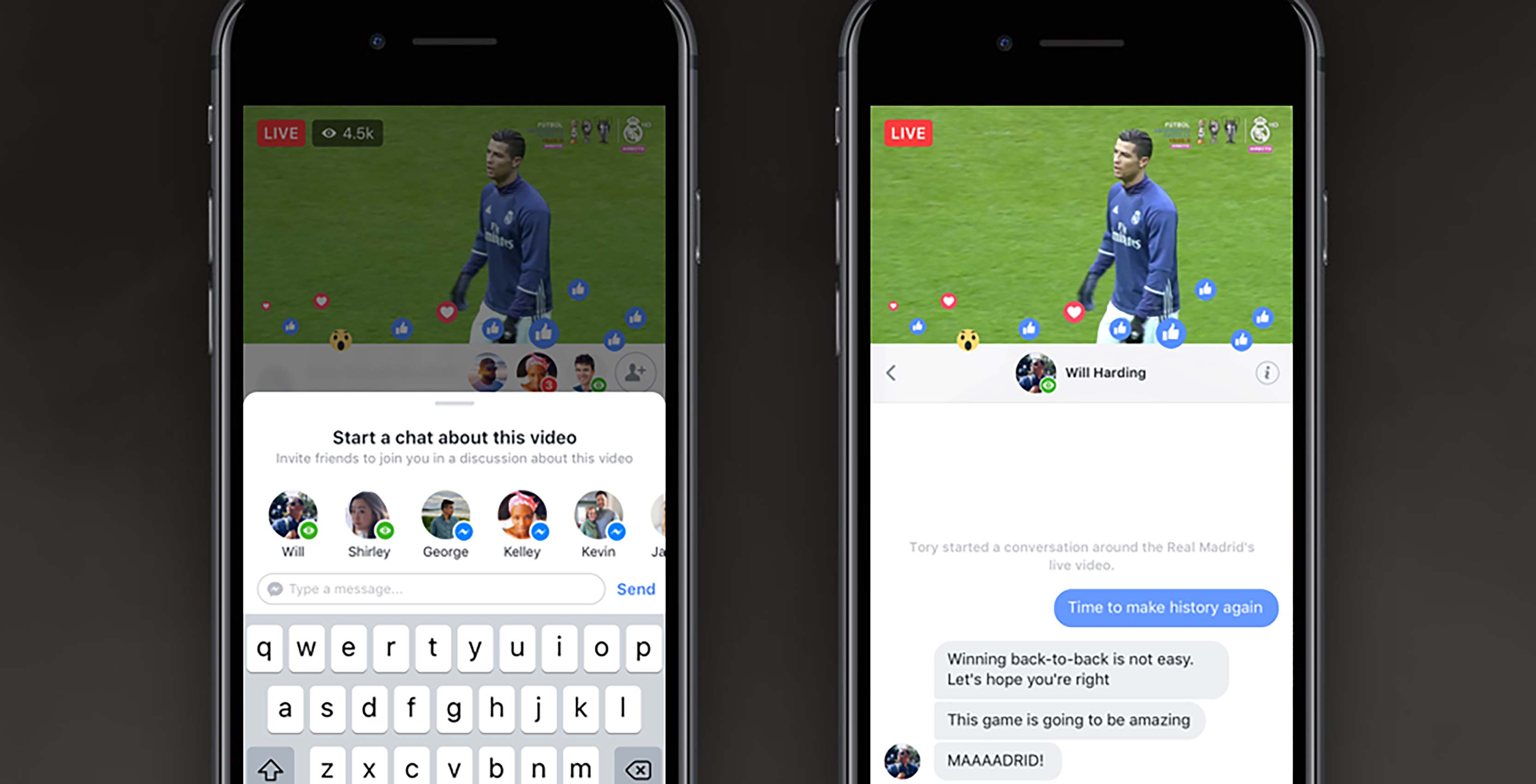 Facebook is being updated to allow users to message privately with one another in a chat dedicated to a Live video and to share the screen in livestreams.

The social media giant says the fact that people comment over 10 times more often on Facebook Live videos than on regular videos inspired it to offer the new Live Chat With Friends feature, which lets users invite friends to a private chat about a public live broadcast.

Friends who are already watching or who may be interested can be invited, with the host able to jump to and from the public conversation at any time. The chat will close once the live video ends, but people can continue to talk via Messenger if needed.

Facebook says it’s testing this feature on mobile in several countries, with a more broad rollout coming “later this summer.”

The new Live With feature, however, is available to all profiles and pages on iOS. Live With allows users to share the screen for live videos with a friend.

To invite someone to join, a guest can be selected from the Live Viewers section or by tapping a comment from desired viewer, who can then accept or decline. The host and the guest can go live in portrait mode (for a picture-in-picture experience) or landscape mode (for side-by-side viewing). The full steps for this process can be found here.

Earlier this year, Facebook also started a wide rollout of ad placements in between live videos.