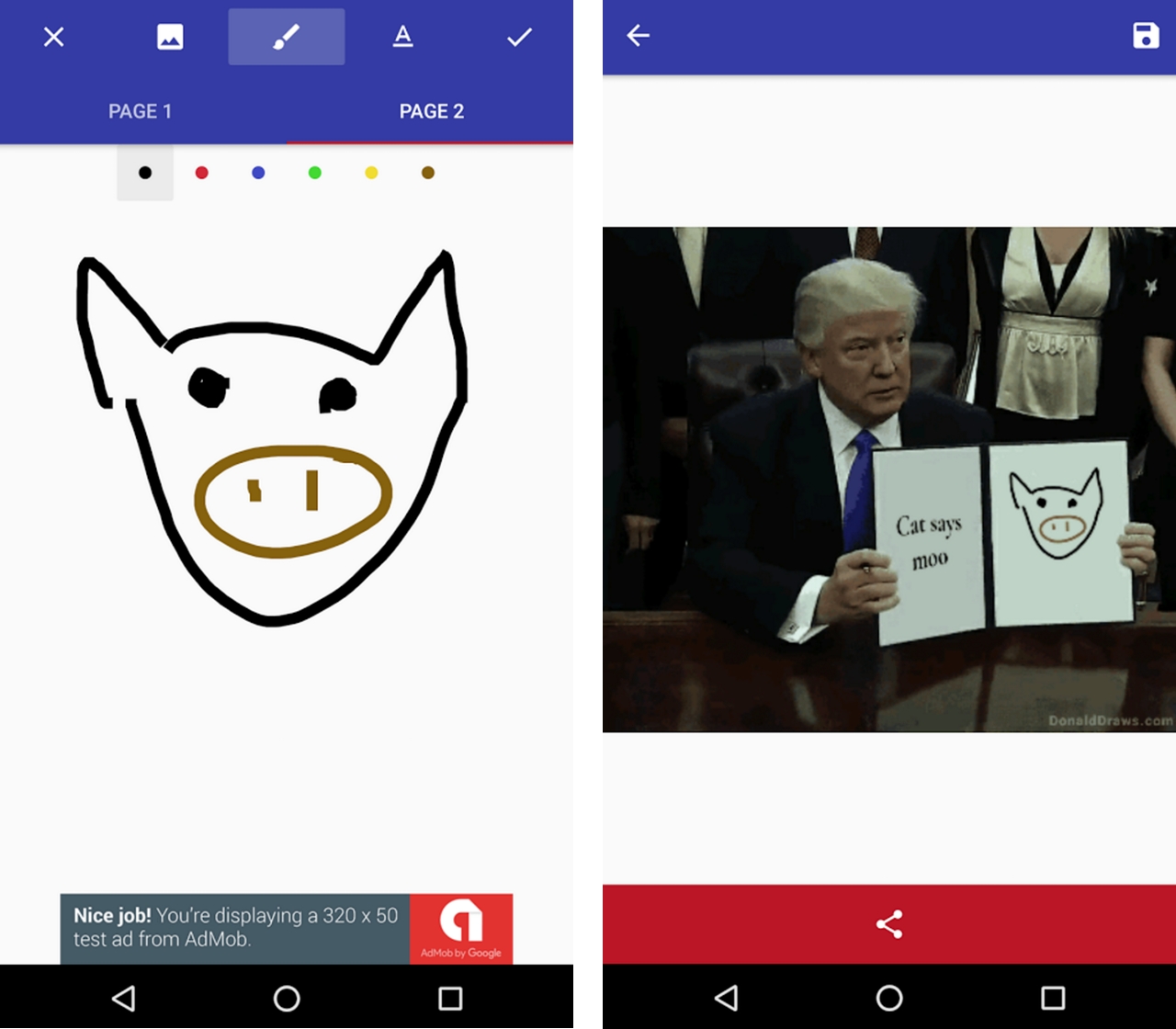 When it comes to the meme factory that was the Obama presidency, Donald Trump has a lot of work to do. Granted, we’re only two weeks into what could be an eight-year presidency (shudder), to date, however, we’ve only seen one meme of consequence come out from the 45th President of the United States of America: Donald Draws.

By now you’re likely familiar with the meme. Someone takes a clip of the President’s now iconic executive order photo op, replaces the text of the EO with a humorous picture and then shares the result over the internet. Before today, it took some computer knowledge to create a good take on the meme, but a new app called Donald Draws: Executive Doodle makes it easier than ever to parody the new president.

Available on Android, the app allows users to add text, images or drawings to replace Trump’s executive and create a new GIF in record time.

If nothing else, you should read its humorous app store description:

You don’t have this app? Sad.

Download the Donald Draws from the Google Play store.