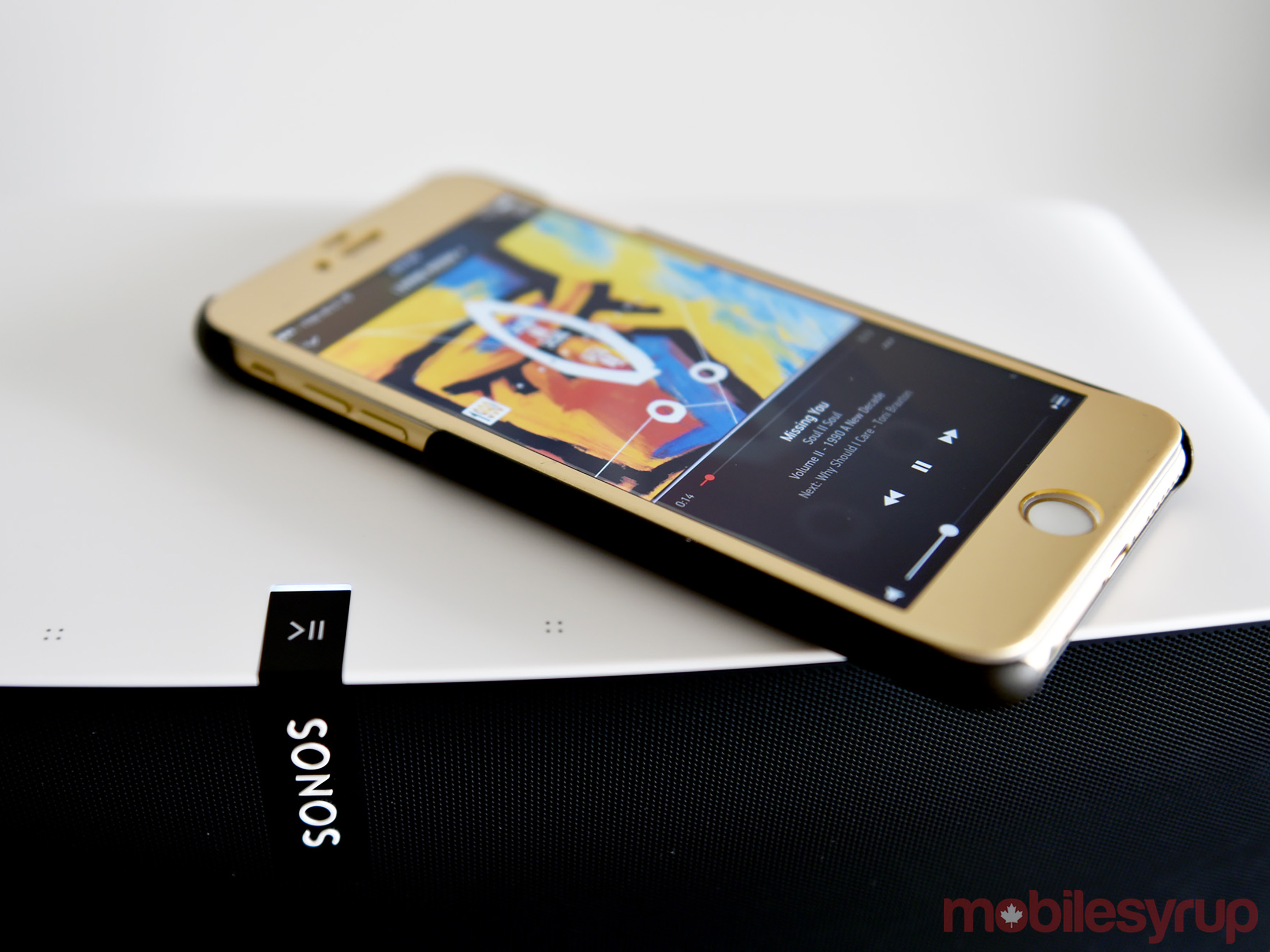 Sonos has built its name on wireless multi-room music streaming, while Plex has made its own mark in the otherwise messy world of organizing and streaming media files. Bringing the two together expands the scope for both in ways that should already be paying dividends for users.

I count myself among them, having tested the beta on iOS and Android since it went live on July 20th. The concept is fairly simple: By adding support for Plex, Sonos can access music files that are available through a Plex server. In one fell swoop, gigabytes of music that don’t have to be stored on a phone or tablet are there for the taking.

Plex has emerged as the de facto media software for its superb aggregation and organization tools that all work in the backend to present stored media files in a user-friendly way. Artwork and background music match with shows that are neatly lined up in their respective seasons. Movies get the same treatment. 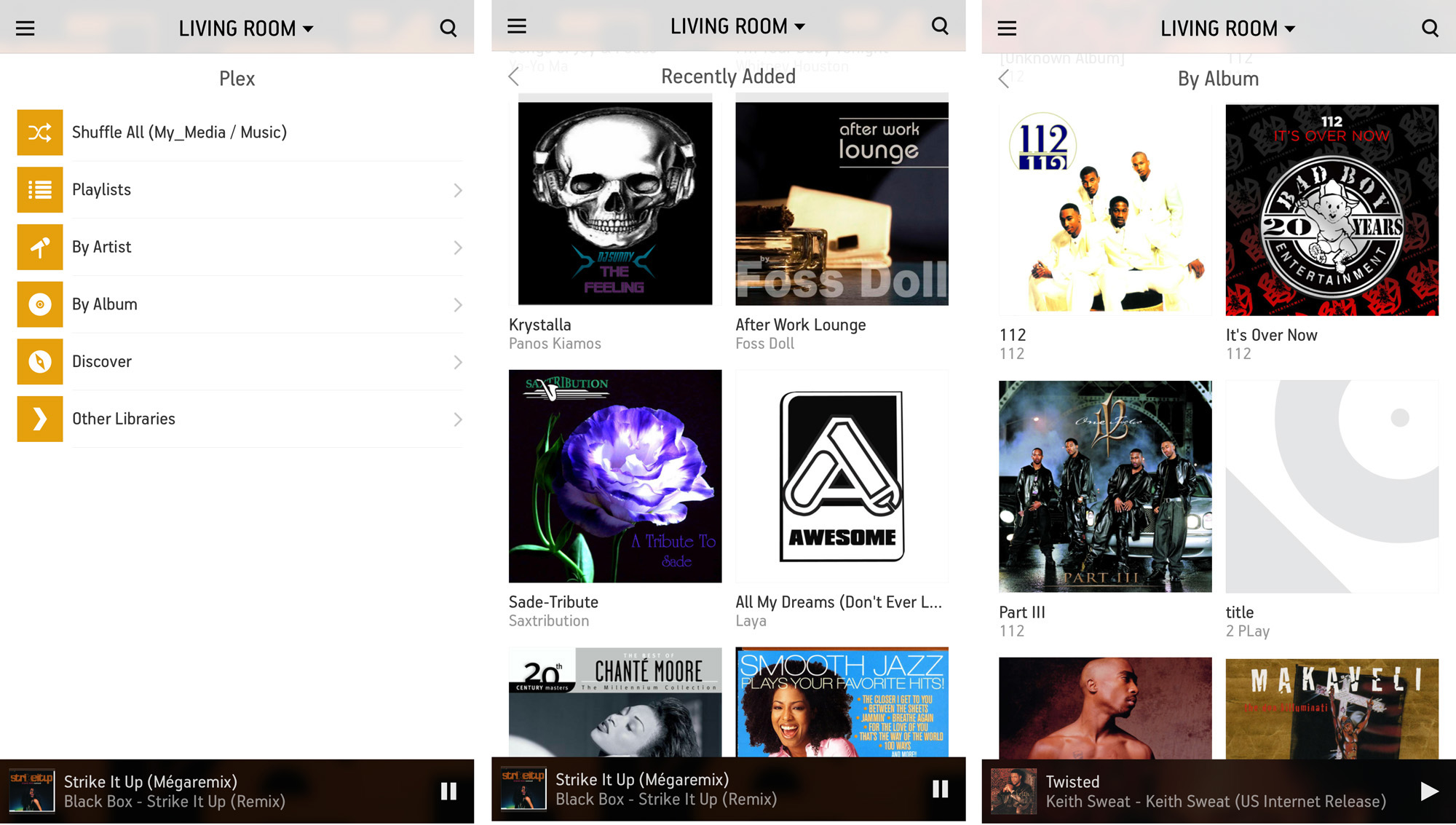 Music was added later in Plex’s evolution, and there, too, the ability to maintain an iTunes infrastructure has stood out. Intact playlists, Top 25 Most Played, and more. Of course, any folder with music files in it are fair game, provided the Plex Media Server is pointed to it.

There’s not enough space to go into how to set up Plex, but it is free to use, with a PlexPass subscription offering more intricate features that are worth the cost if you plan on using it often.

One of the major reasons Plex works is because it doesn’t care about file format. An MP3 will be handled the same way a WAV or FLAC file will, each transcoded on the fly to work on the playback device to which it’s headed. That takes any guesswork out of the user’s and Sonos’ hands, ensuring compatibility isn’t a problem on the device itself. For instance, that concert you ripped from a DVD as a FLAC file will play on an iOS device without a problem.

Now, granted, Sonos was already natively supporting lossless audio formats like FLAC, WAV, and AIFF anyway, but since these files tend to be huge, storing them on a computer or network attached storage is one way to relieve a mobile device while ensuring the music isn’t hard to reach. Sonos didn’t make this easy in the past. Yes, the desktop version of the app was able to tap into music that way, but bridging the library to a mobile device to then play on Sonos wasn’t so simple, if it was even possible.

Adding Plex is as easy as adding anything else through Sonos. Logging into my Plex account is all that’s required. With my Plex Server already set up with a boatload of music, and running on an iMac, over 50GB of music was now available to mix with the rest of my Sonos-linked accounts. 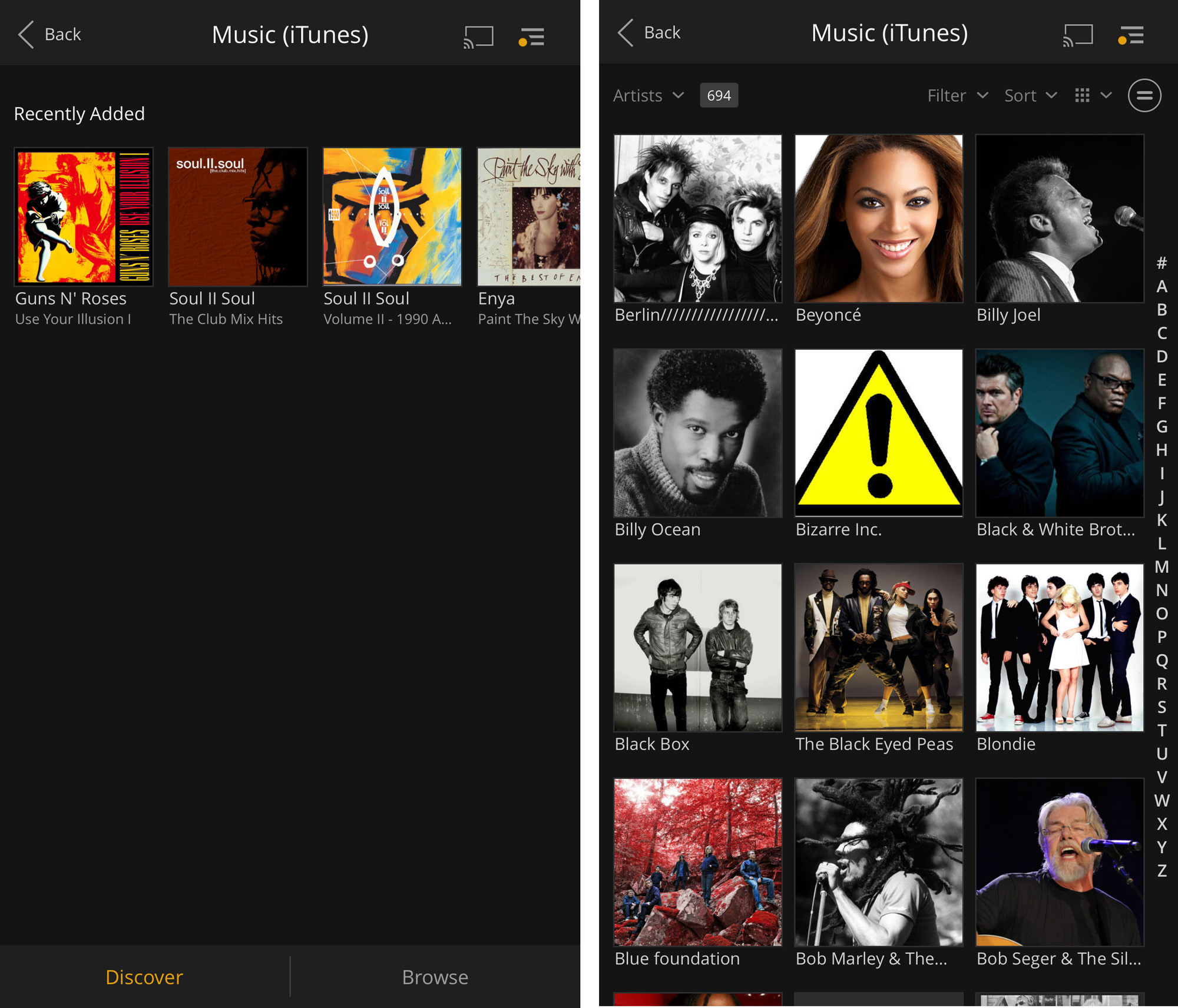 Bringing Plex into Sonos would have meant little if not for the way music is organized. Free users get metadata for everything, and the library is assembled in alphabetical order, regardless of how the content is stored. Subscribers get the extra treatment with “sonic fingerprinting,” which is a fancy term for identifying songs based on file name and a sound sample — a real time-saver for those who don’t bother to clean that up manually. Playlists created through Plex also show up in Sonos, ensuring that any previous work to organize music isn’t for naught.

What’s perhaps most interesting about this new compatibility is the remote access. Since Plex is partly designed to make content accessible outside the home, that same premise applies to Sonos, too. Basically, if I were to go to a friend’s place and he had Sonos setup, I could stream music from my Plex Server to his speakers, as an example. That’s pretty powerful stuff.

Except there is one catch. Using a VPN on the computer disabled my Plex Server’s remote access functions. Troubleshooting it required manual port forwarding or other specific steps that didn’t always fix the problem. Additionally, using a VPN on a phone or tablet tricked everything, making the Plex Server unreachable through Sonos — unless I had remote access working.

And, as with most things in tech, there are other caveats to consider. First, the Plex Server needs to run on something in order to do its job. A computer could easily do the trick. If there’s a laptop or desktop you don’t really use much, it can play that role. The Nvidia Shield also now supports the Plex Server to run it off the set top box.

A PlexPass subscription is $4.99 monthly, $39.99 annually or $149.99 for life. It is worth it if you plan on making regular use of the app because of the improved features and support.

It’s not known how long the Sonos integration will be in beta, but it is a public one, and available now for all users on iOS and Android.