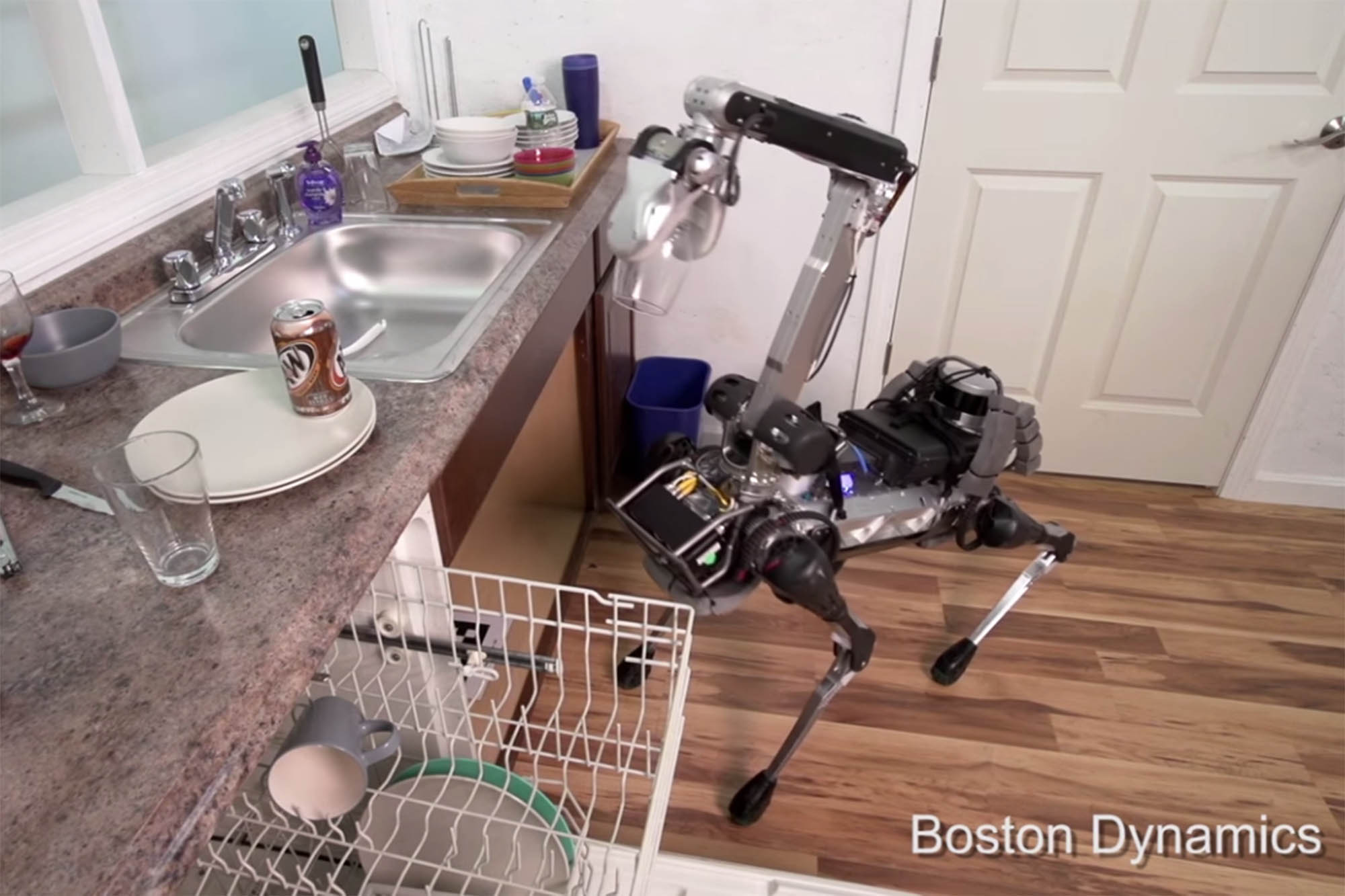 Essentially a smaller version of Spot, the BD robot best know for its tussle with Andy Rubin’s dog, Fido, SpotMini weighs approximately 55 pounds and stands just a hair taller than 60cm. Compared to past models, which depend on hydraulics for locomotion, SpotMini is also completely electric and can function for 90 minutes on a single charge.

Like the firm’s other nightmare fuel, SpotMini moves with effortless grace thanks to an advance suite of navigation and guidance sensors. In the video BD released showcasing SpotMini’s capabilities, the robot successfully gets up on its own after slipping on a banana peel.

It’s most frightening feature, however, is a robotic arm that doubles as its face. With this arm, SpotMini is capable of completing delicate tasks like loading a dishwasher and cleaning up recyclables like aluminum cans.

Thankfully, SpotMini and its siblings are still a number of years away from hitting the market. Enough time to formulate a proper defense plan against our presumptive robotic overlords.